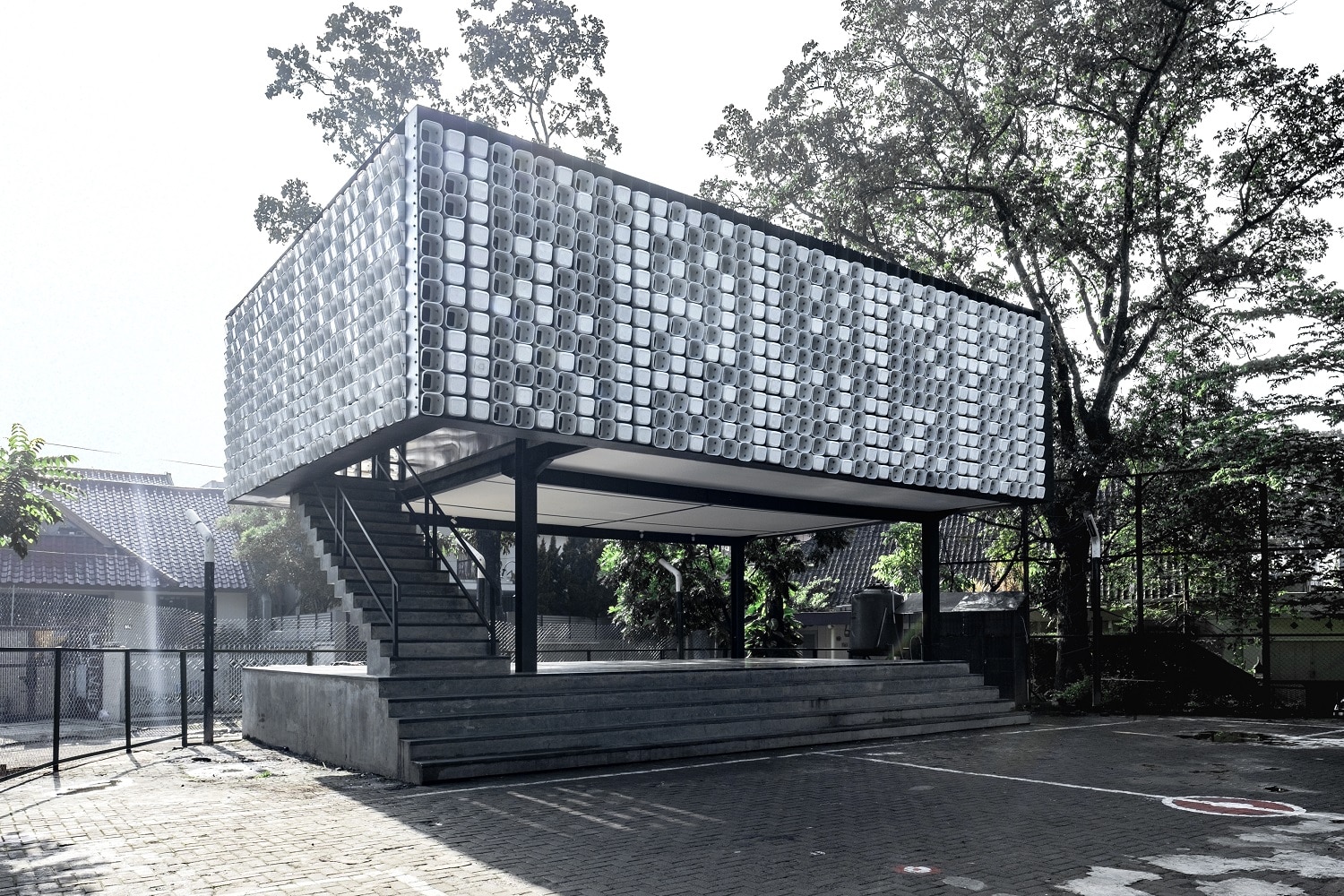 In Bandung, Indonesia, 2000 upcycled ice cream buckets illuminate the façade of a micro-library with an aura of natural light, creating a floating effect. The project was completed in 2016 by rising architecture and urban design practice SHAU as part of a larger-scale effort to bring libraries closer to their communities and to use design to make them attractive again.

The Microlibrary Bima is located in the Taman Bima neighborhood—an area with a high illiteracy rate and a lack of welcoming and accessible learning facilities.

The architects originally aimed to use white, translucent jerrycans sold by several small vendors, but they could no longer acquire them in the required quantities. Their second choice, ice cream buckets, provides an added benefit. They found them to be more stable than jerrycans when cutting the bottom open for cross ventilation.

The ice cream buckets not only attract younger generations but also provide natural cross ventilation and daylight. It’s a waterproof material that is also cost-efficient, as they are sold in bulk in the Indonesian city. The designers created the pattern on the façade to represent the coding of a message by Mayor Ridwan Kamil. 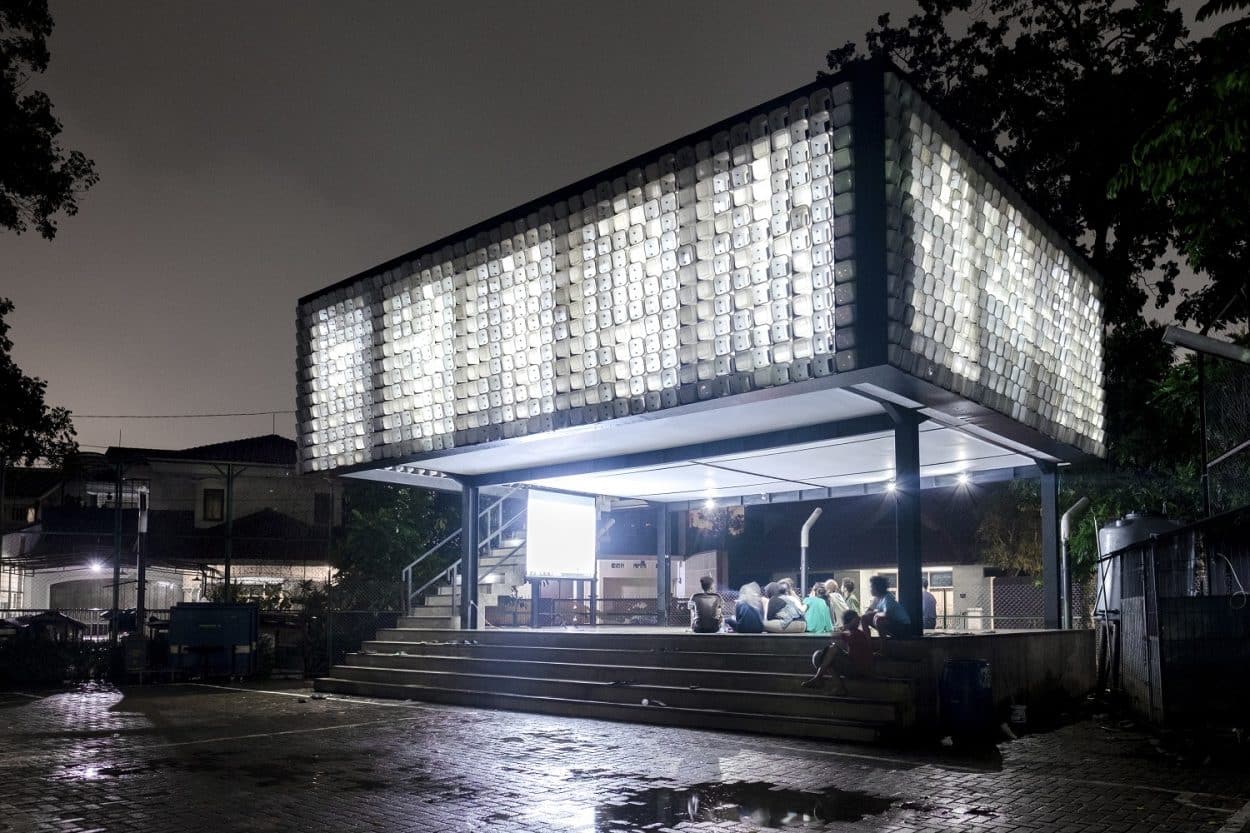