Home » A Floating Future: Can Cities on the Sea Help to Overcome the Impact of Climate Change?

A Floating Future: Can Cities on the Sea Help to Overcome the Impact of Climate Change? 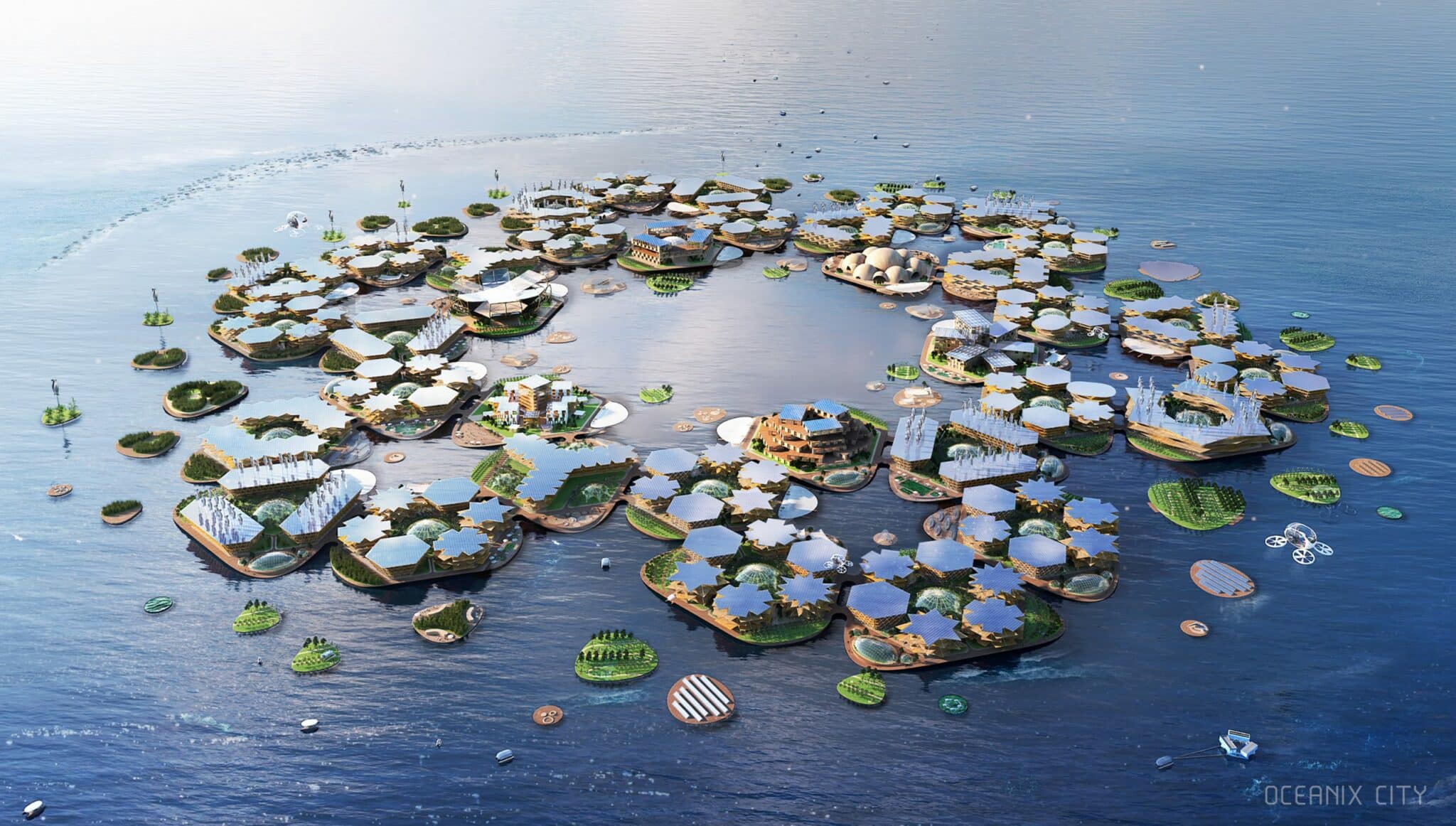 Nearly 2.4 billion people (about 40 percent of the global population) live within 100 kilometers of the ocean, while more than 600 million of these live in coastal areas that are less than 10 meters above sea level. This has huge implications for twenty-first-century urban planning and architecture.

With climate change causing an inexorable rise in sea level, many of the world’s major metropolises will soon become inundated. In some cases, entire countries will disappear under the waves. Hundreds of millions of citizens will be forced to move, but where exactly are they going to live?

The concept of cities on water may sound like something from a futuristic Kevin Costner movie, to say nothing of the prohibitive expense involved in their construction. But where the price of real estate is high enough—or the alternative is complete nationwide evacuation—innovative new ideas around floating cities are starting to look less and less fanciful.

“Many coastal cities are already resorting to land reclamation to create space, which damages precious marine ecosystems,” says Itai Madamombe, President of Oceanix, a company founded in 2018 to design and build floating cities. “This issue is now compounded by rising sea levels, which threaten to destroy billions of dollars’ worth of infrastructure worldwide. Floating cities are a solution for coastal cities looking to expand sustainably and adapt to climatic threats.”

Floating cities were thrown into the spotlight in April 2019 at the first UN High-level Roundtable on Sustainable Floating Cities, an event designed to explore innovative solutions to the threat rising sea levels pose to coastal cities and low-lying countries. It was here that Oceanix and Danish architectural firm BIG unveiled “Oceanix City“, a collection of floating hexagonal platforms that could provide a home for around 10,000 people when scaled up across 75 hectares.

Moored offshore from coastal cities, each of these platforms would be built on land and then towed offshore for anchoring. The buildings on top of the platforms would be constructed from renewable materials such as bamboo and wood, while wind and water turbines and solar panels would provide energy. All structures would be designed to withstand floods, tsunamis and severe hurricanes, with the islands bolstered by biorock, a material with a limestone coating formed by exposing underwater minerals to an electric current. This self-repairing material, which becomes stronger over time and is three times harder than concrete, can still be made to float.

“The city is designed to grow, transform and adapt organically over time, with the possibility of scaling indefinitely,” says Itai Madamombe. “Low construction and ocean space leasing costs combine to create affordable housing that can be rapidly deployed around coastal megacities.”

Not all solutions for living atop the ocean are so expansive. Panama-based company Ocean Builders have developed SeaPods—single-family, affordable, self-sufficient “seasteads” made largely from fiberglass. Around 30 SeaPods are currently being pieced together from 3D-printed molds and lifted onto their foundations just over a kilometer from the Panamanian shoreline.

SeaPods will power themselves, produce their own hydroponic food and electricity, handle their own wastewater treatment and will even come with an underwater coral nursery to support marine life. Aerial and aquatic drones will maintain a connection with the land.

“We will offer the first three SeaPods at a cost of $195,000 and they will start delivering in the spring of 2021,” says Ocean Builders co-founder and CEO Grant Romundt. 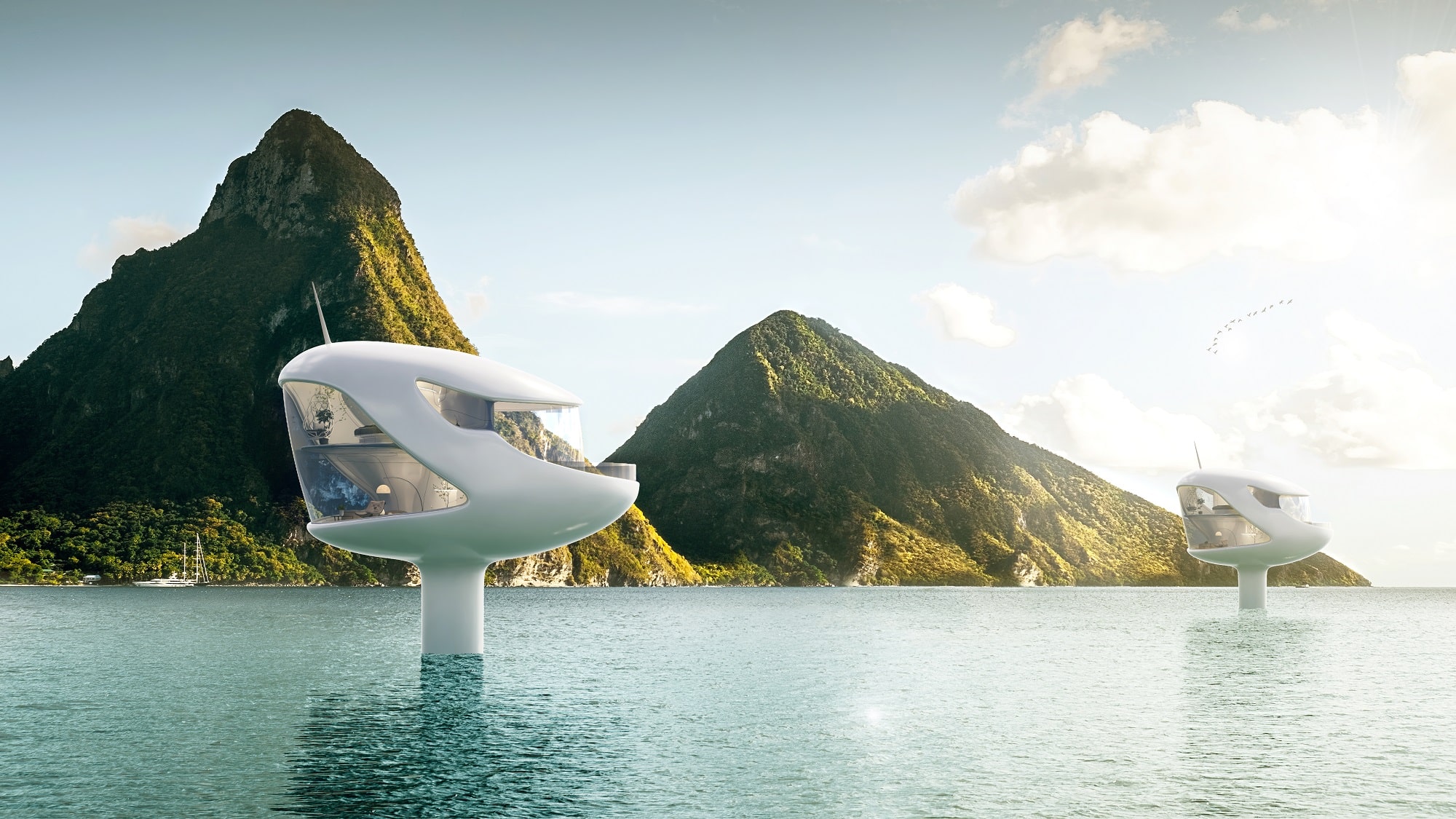 The technology required for humans to live safely and comfortably on water, even the deep sea, has existed for decades. As far back as the 1960s, the Japanese Metabolist architects, led by Kenzō Tange, were envisioning huge maritime cities in Tokyo Bay. Until now, the fact that large-scale floating cities have failed to materialize is largely down to political and commercial constraints, rather than any need to push technological boundaries.

The widespread construction of floating cities also raises environmental concerns. What will the impact of such cities be on marine ecosystems? From a practical perspective, the functioning of marine metropolises also raises pertinent questions. How will they be connected to terrestrial cities? Will humans be able to form thriving communities while living on the water?

Despite these issues, there appears to be a growing consensus that floating homes and cities are on the cusp of evolving from fiction to fact, driven by a need for more extensive, climate-proof living space.

“Floating cities are an imminent reality and we expect to have a viable prototype deployed within the next five years,” says Itai Madamombe. “The outstanding matter is political will. We are currently talking to a number of governments.”

“Nine out of 10 of the world’s largest cities will be exposed to rising seas by 2050,” says Bjarke Ingels, founding partner of BIG. “The sea is our fate – it may also be our future.” 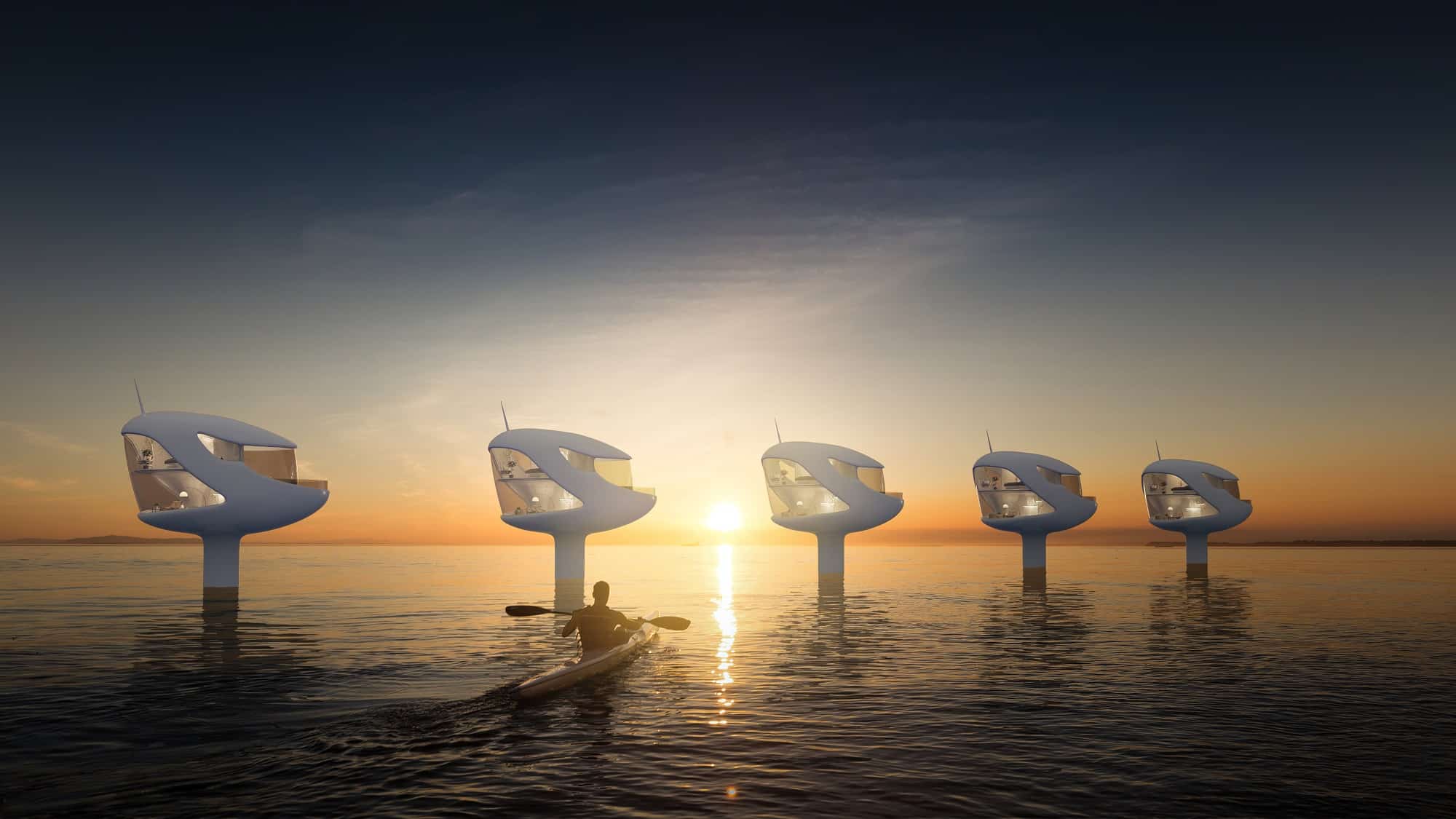