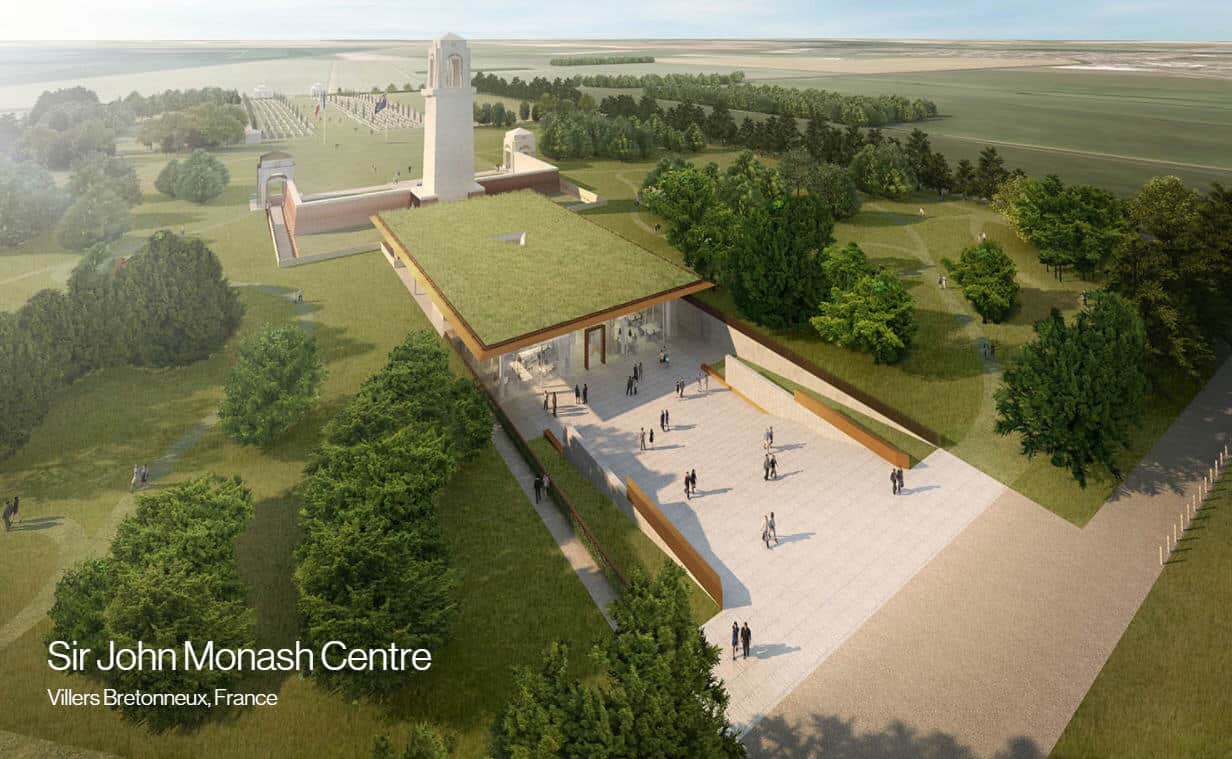 The Sir John Monash Centre by Sydney-based Cox Architecture, who won the commission through an international contest, will be inaugurated this April 2018—a memorable month in history. The center tells Australia’s story of the Western Front during the First World War and is located in Villers-Bretonneux, where, in April 1918, Australian, British and French troops restored the original front line.

The center tells the history of Australia’s role in France during WWI, through the words of the 2,000 Australians who served—told directly from personal diaries, letters and service records. Ramps extending from the new building lead visitors to the existing Australian War Memorial by Sir Edwin Lutyens (opened in 1938).

The green roof is meant to tell the story of the Anzacs on the Somme, according to the architects, who selected materials for the building which reflect the natural terrain of Australia.

The project is being delivered by Cox Architecture with Tim Williams Architects, Hector Abrahams Architects and Lampros. 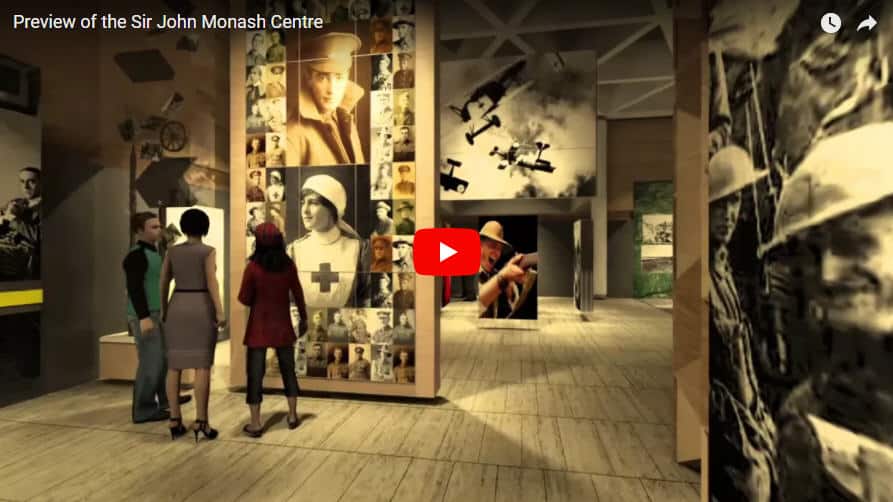