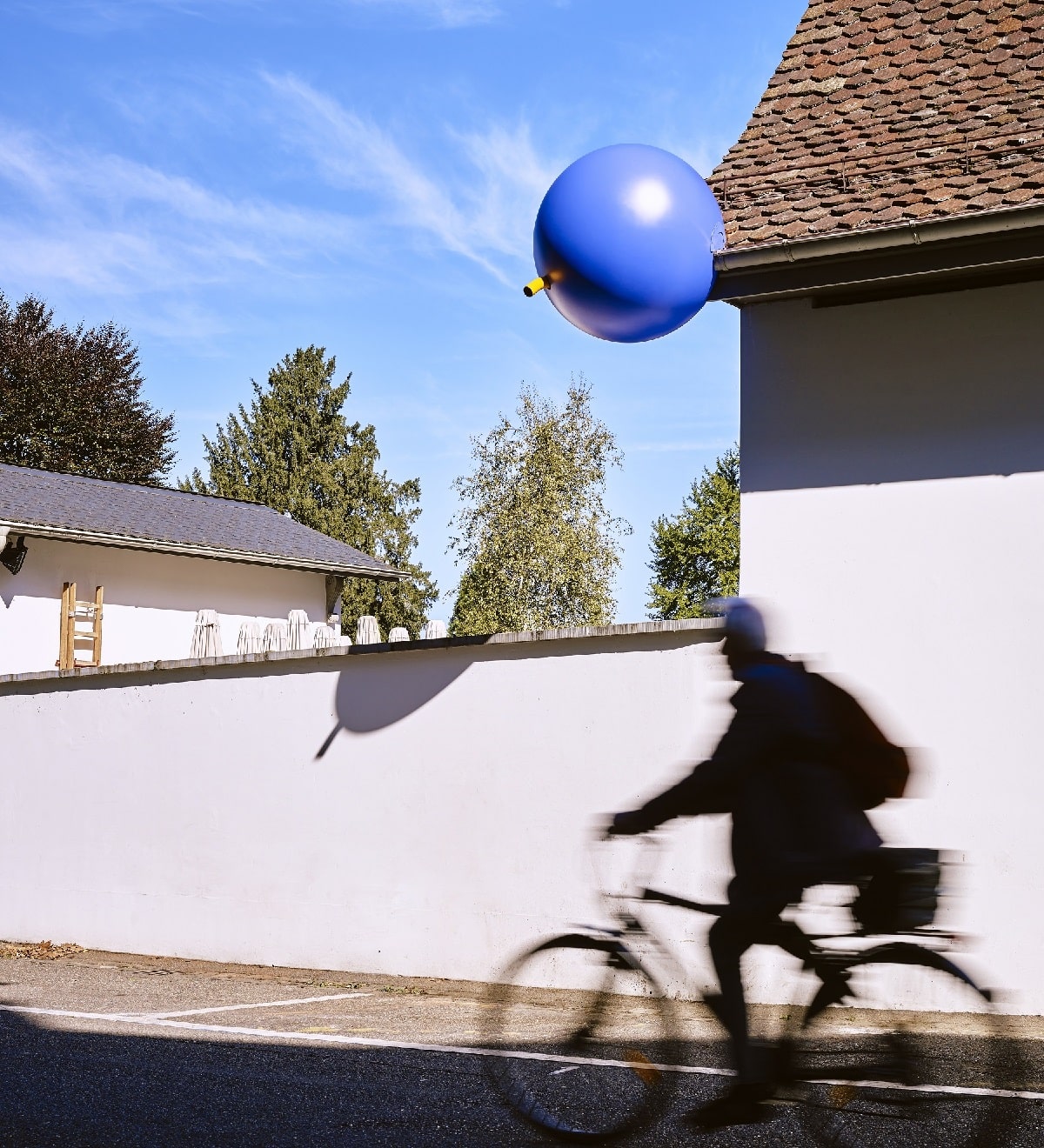 A footpath weaving through ancient vineyards and orchards might not seem like the most obvious place to exhibit art, but that’s exactly the setting for the thought-provoking project 24 Stops. The Rehberger-Weg is a 5-kilometer cross-border path linking one of the world’s finest modern art museums Fondation Beyeler in Switzerland and the equally inspiring design mecca Vitra Campus in Germany.

Listen to the sounds of the bell at Fondation Beyeler, the running water of the fountain behind and the tram pulling away. This is the first or the last stop depending on which way you walk the route.

We traveled the route during the expert tour on October 2 with Vitra architect Albert Gothe. It’s hard not to look at your surroundings in a new light after stopping at the 24 gaudy waymarkers created by artist Tobias Rehberger. A street lamp, a water fountain and binoculars are among the objects that have been replicated into giant, colorful yet uncomplicated sculptures, acting as garish signposts—out of place in this natural environment.

“It’s like chapters of a book or a movie,” artist Rehberger told ArchiExpo. “I think it creates a rhythm and that’s part of the joy.”

But besides drawing pleasure from the sculptures or paintings, the path elevates walkers onto a high point of the Tüllinger Berg, rewarding them with a different kind of appreciation that of the wide-reaching views over the rooftops of Germany’s Weil Am Rhein and just beyond to the bustling city of Basel in Switzerland and outwards to France. I stood at this high point with architect Albert Gothe who, with a sweep of his arm, encouraged our group to look out to the horizon and identify the famous sandstone spires of Basel Münster.

One woman cupped her eyes from the sun. I can see the Roche tower easily, she says, but then hesitatingly admitted that in this ever-changing landscape it is now more difficult to pinpoint the ancient landmark. Where once the lofty Münster stood as a strong religious symbol, Gothe explains, now the unmistakable Roche building and others have come to define Basel as having industry at its heart. The group is quiet while taking in the view. The art has drawn them here and afforded them an architectural conundrum.

“The art has drawn them here and has afforded them an architectural conundrum.

The project reflects the artist’s intrigue between borders and identities. A British couple celebrating their wedding anniversary had made the journey especially to experience the project. She tells me that as a Brit, being able to wander freely over the border between Germany and Switzerland is a unique experience. She stops to photograph the temporary 25th stop, a customs house artfully disguised as a garish pile of logs and aptly called the Cuckoolus Nest.

The installations will remain in place for years to come, giving life to this beautiful path by the presence of many more people who, without this project, might not otherwise have come to know it.

Listen to the sound of the Wiese river. 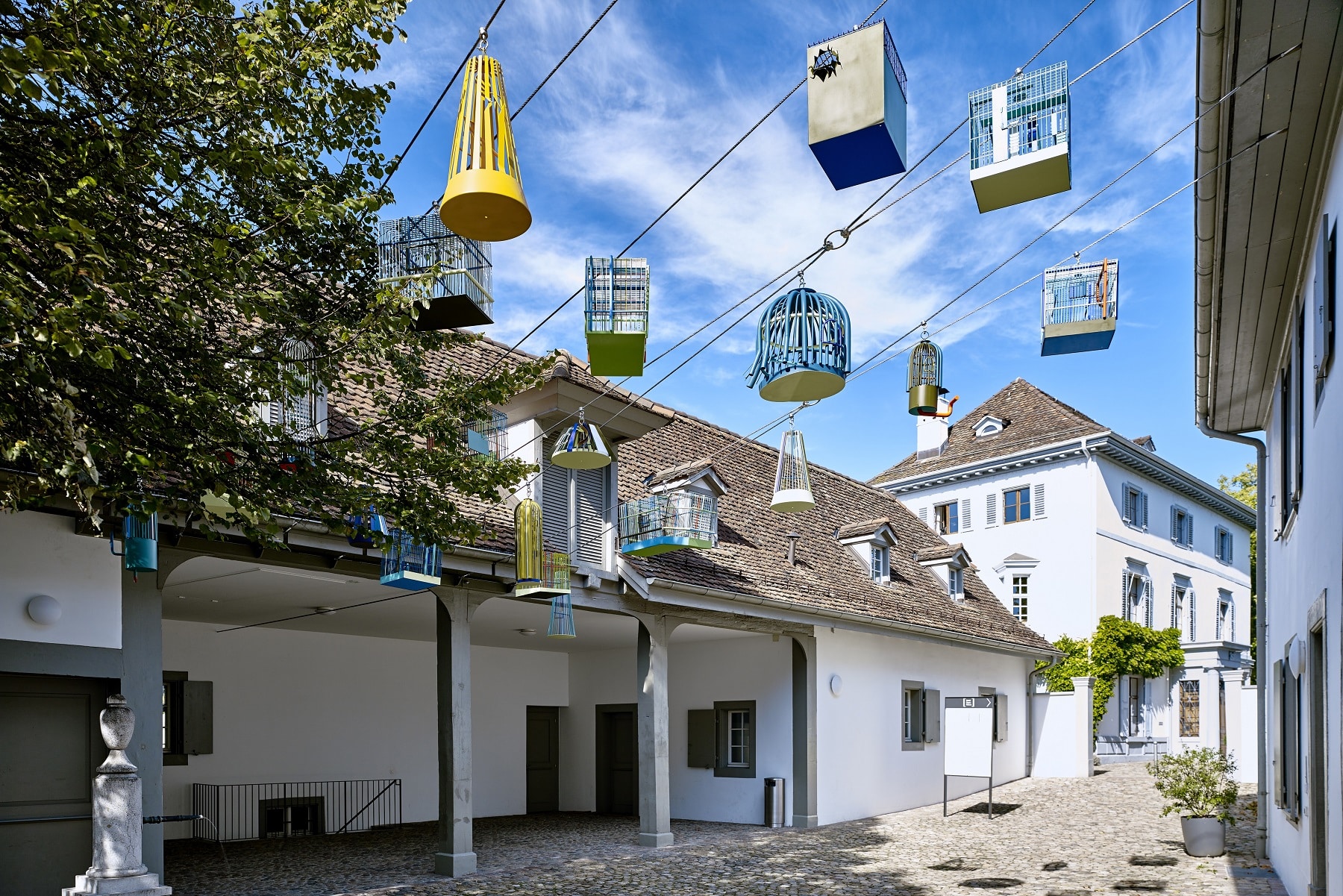