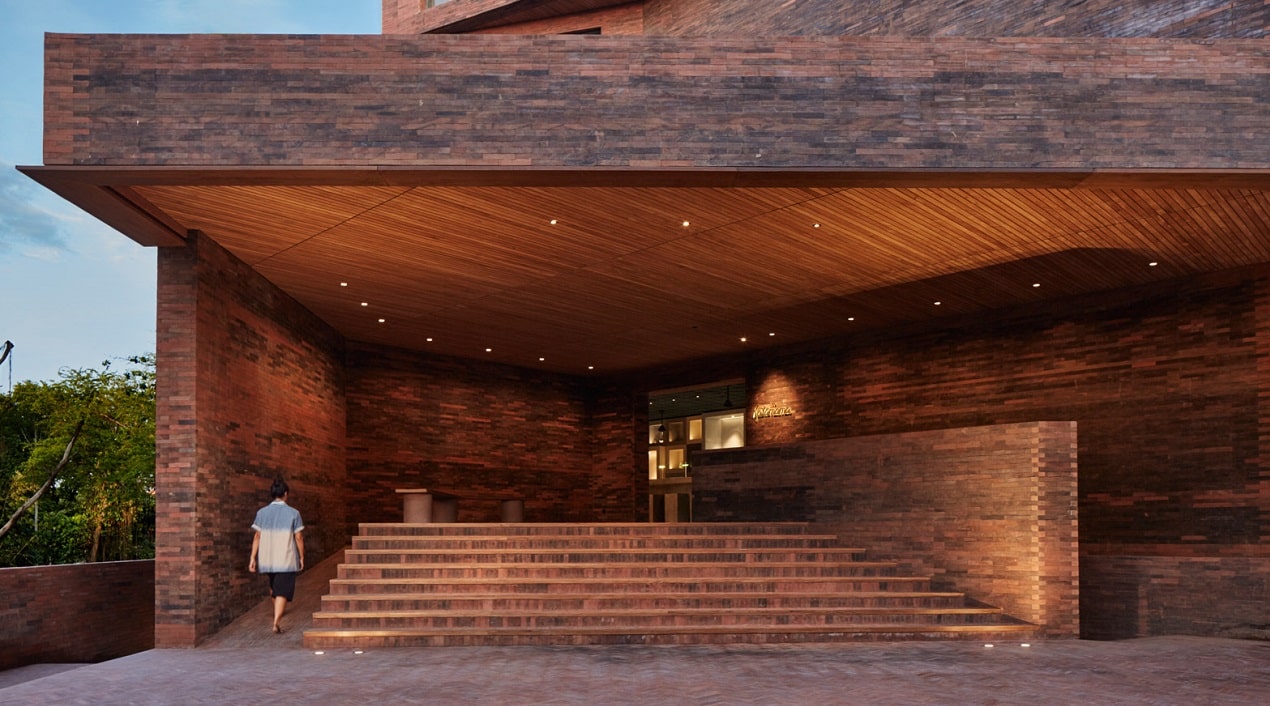 ArchiExpo e-Magazine toured the island of Bali in Indonesia and Panglao in the Philippines to met the artisans behind the best luxury hotels in both areas.

Certain luxury boutique hotels in Southeast Asia are gaining popularity for their regional identity, having commissioned local artisans, craftsmen and artists. Their faces are not always seen on the cover of design magazines, but they are the ones who we attribute credit for they have applied their expertise in building and crafting. In collaboration with architects, they have constructed unique hotels that are responding to a new kind of luxury experience that some of the most elusive clients are seeking: authentic.

Located in Seminyak, Bali, Katamama exemplifies the use of centuries-old construction practice, implementing clay bricks made from local soil. Katamama was made with 2.5 million bricks—molded, air dried, hand-finished and kiln-fired over wood—and coconut shells stacked in a giant clay furnace in the workshop of Balinese brick master Pak Ketut Sukra, owner of Sumber Rata Bricks in the village of Darmasaba.

Read more about the process here. 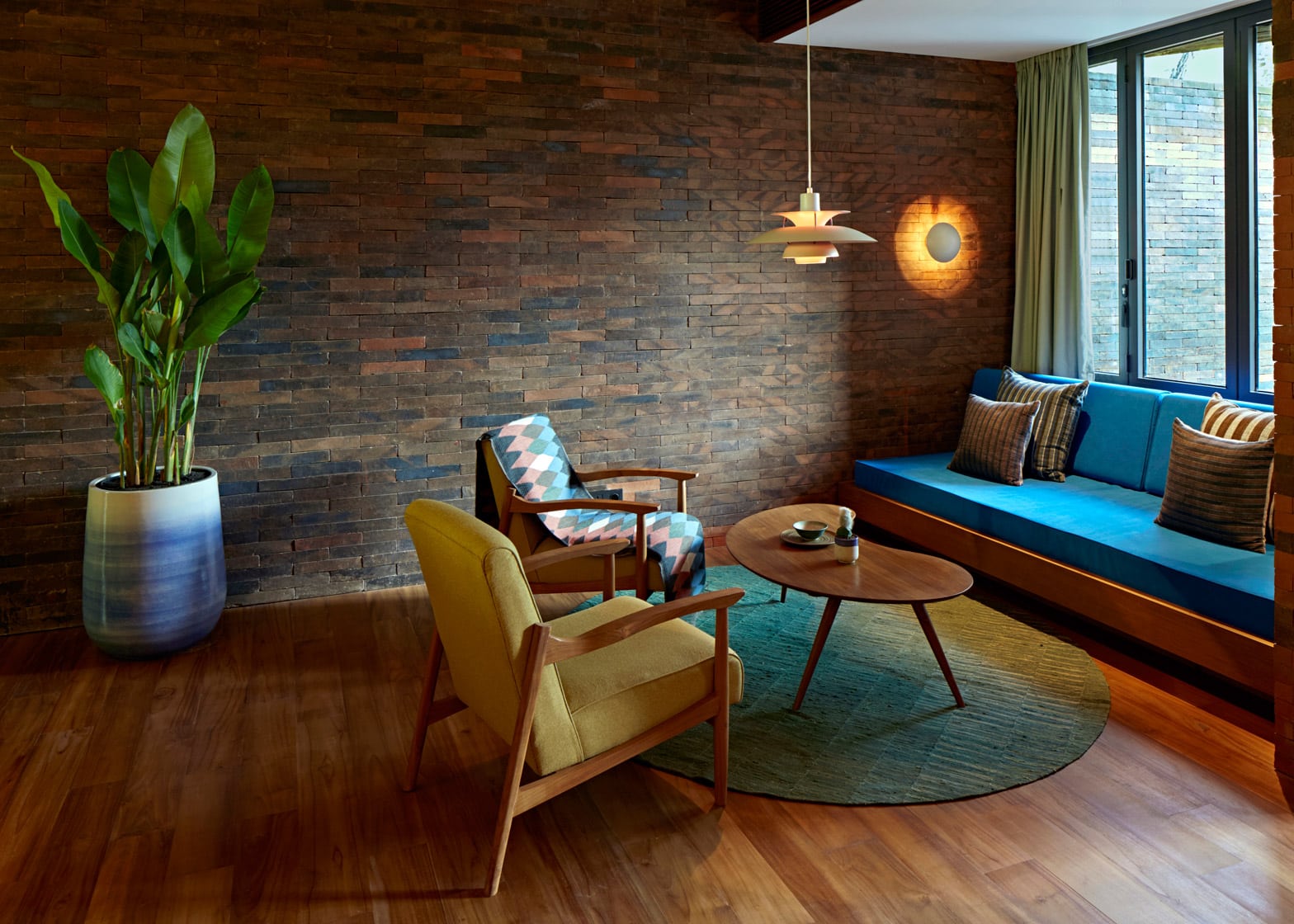 Indonesian architect Andra Matin led the design team of Katamama and its construction in 2016. Matin told ArchiExpo e-Magazine that Indonesian homes have always been built with these red brick stones since ages so using red bricks for the structure of Katamama paired with Matin’s modern architecture design for the hotel.

“It’s an ideal way to present how contemporary design and ages-old building practices can be combined.”

It took up to three years to make 2.5 million red bricks for Katamama. We visited Ketut Sukra at his workshop where he explained further—the interview was translated from Bahasa Indonesian:

“When we produced the bricks for Katamama, we were making 1000 bricks per day—firing them in our furnaces to create that red earthy look.” 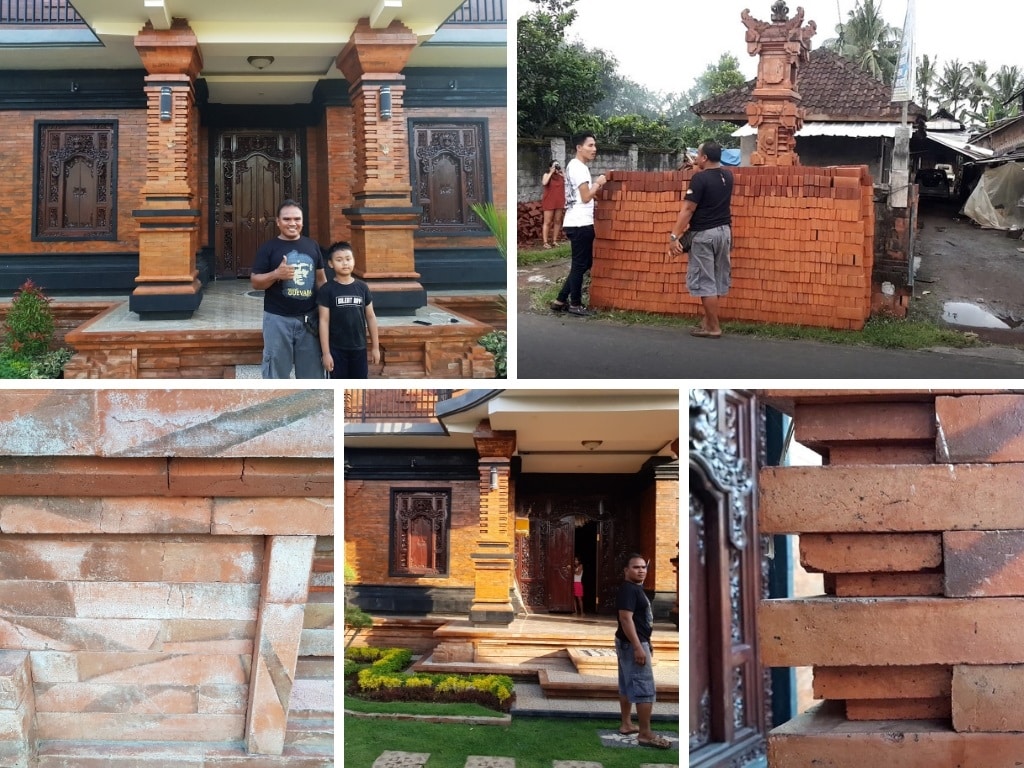 We met Ketut Sukra at his home, followed by a visit to his workshop. ©ArchiExpo e-Magazine

Katamama remains true to its ethos in supporting local communities by working with local brick makers and artisans in constructing the hotel, finished in 2015.

“Before this project, the brick industry had nearly diminished. We wanted to help this industry so we commissioned local brick masters like Sukra to provide us the bricks to build Katamama,” shared Daniel Mitchell, creative director of Katamama.

“We also wanted to aid the artisans who hand-knit recycled cotton threads and fabrics dyed in natural indigo blue from local plants. We commissioned CV Tarum, a local sustainable knitting company and community-based in Gianyar, to create the interior fabrics, beddings, cushions and knitwear that you see in the interiors of Katamama,” Mitchell added. 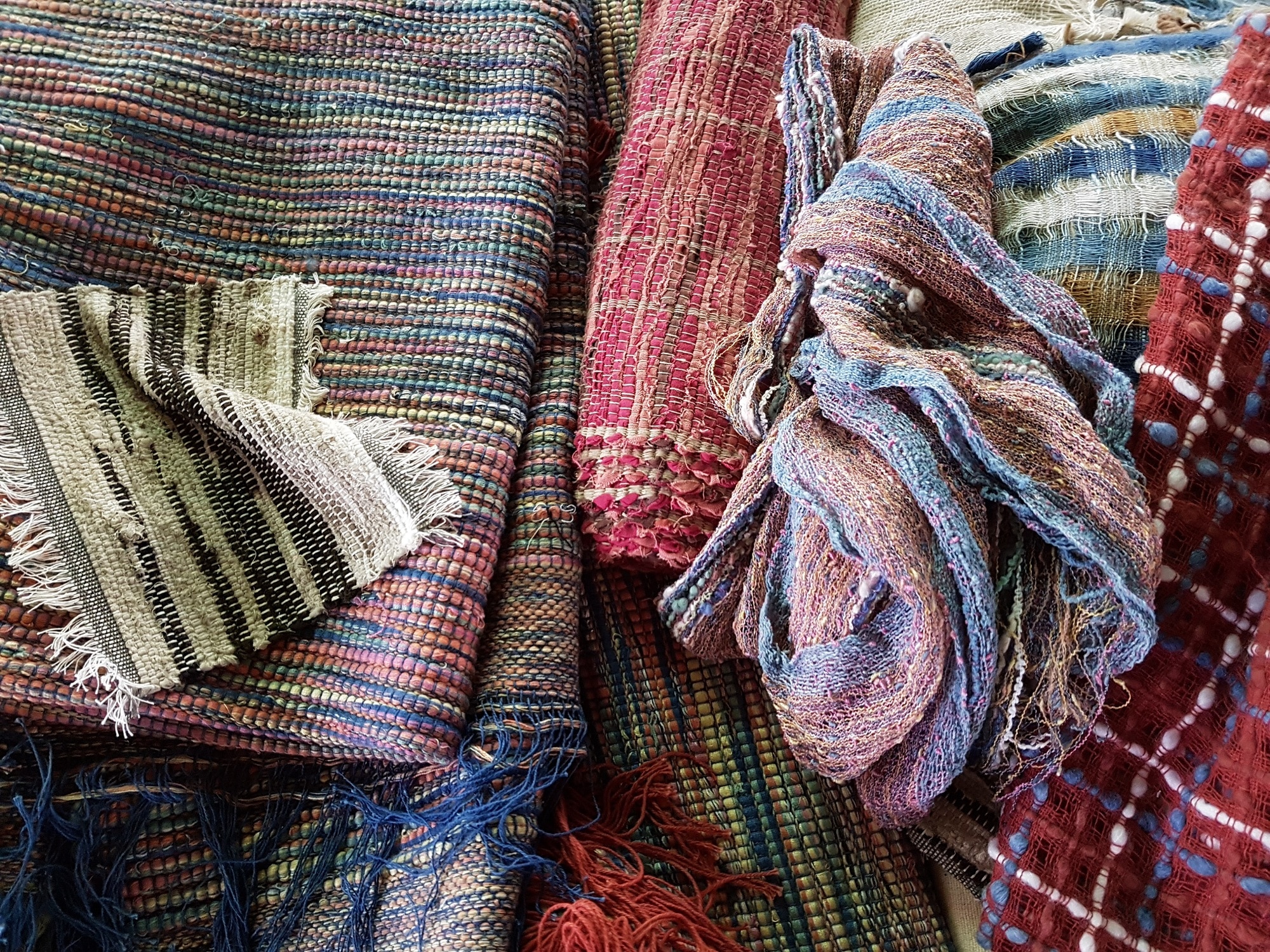 Shielded within a forest in Bali, twenty villas make up the Green Village, an architectural masterpiece built by the architects and designers of Ibuku and led by Elora Hardy.

About 90% of the villas are made with bamboo—sustainably sourced from bamboo plantations in Indonesia. The production of these bamboo structures is done at the Bamboo Pure Factory where Balinese craftsmen manipulate the bamboo, a material that they have been using since the early ages in building their respective houses.

Completed in 2010 by John and Cynthia Hardy, the whole area of the Green Village spans 5 hectares. The first-built bamboo villa called The Temple House, completed in 2012, comprises 350m² with four bedrooms all made in bamboo—2000 pieces of bamboo in all. Ibuku-designed bamboo panels line the stairs; 80% of the bamboo used comes from the village of Kintamani and the other 20% comes from other villages in Java and Flores.

The Cacao House, named after the cacao trees that are planted in its garden vicinity, has four bedrooms and a guest house with a custom-made kitchen stove; the kitchen table tops and tables are all made of bamboo. The biggest and highest villa is The Sharma Spring House, which has 6 floors and a space of 759m².

It takes around 1 to 2.5 years to create a bamboo villa—the first phase for making the scale model of the villa and the second for building. Constructing the Sharma Spring House required a team of 15 to 20 Balinese workers.

On the island of Panglao in the Philippines, a once-beloved public garden with exotic plants metamorphosed into the coastal Donatela Hotel. The luxury resort with its sea view and stable full of dressage-trained horses has been welcoming guests from all over the world, eager to experience the Ifugao-inspired villas. The structure of the villas is uniquely slanted and elevated from the ground up like the traditional Ifugao huts in the northern part of the Philippines. 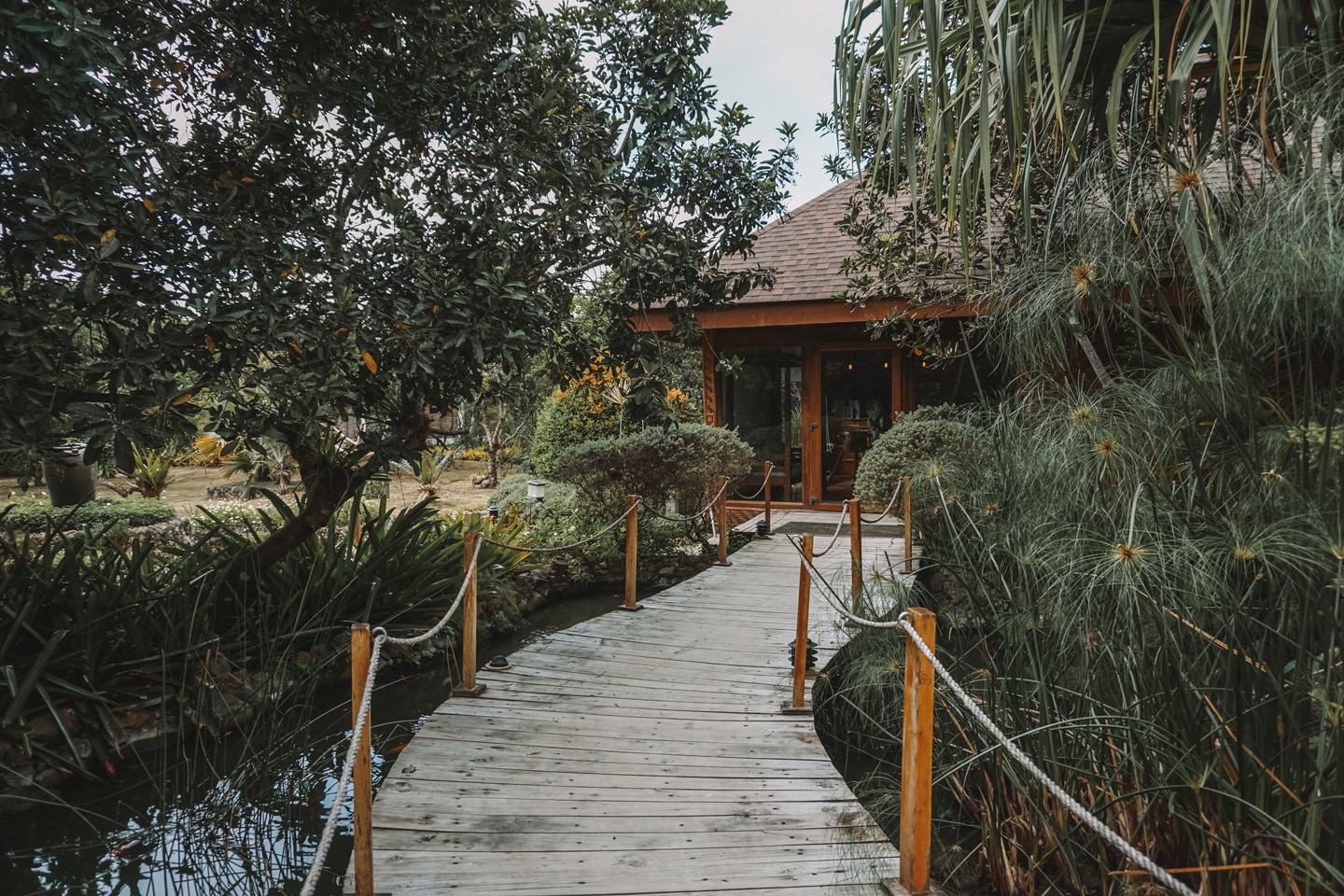 The resort maintains most of the exotic plants and trees from the time it was a public garden. Courtesy of Donatela Hotel.

They are built with local materials that include cogon grass for the roof, limestone and Mactan stone for the bathroom fixtures and mahogany wood for the structure. The traditional Ifugao-style huts are built by local artisans from Panglao and nearby villages in Bohol, without compromising the comforts and luxuries that one looks for in the interiors of any hotel.

As the previous owner of Donatela Hotel, architect Nicolas Moussempes and his wife owned the resort when it was a public garden—their original initiation—and transformed it into the current oasis. During a tour of the resort, the architect explained that when he designed the villas “there was a very limited supply of materials but a lot of people with talent on the island.” 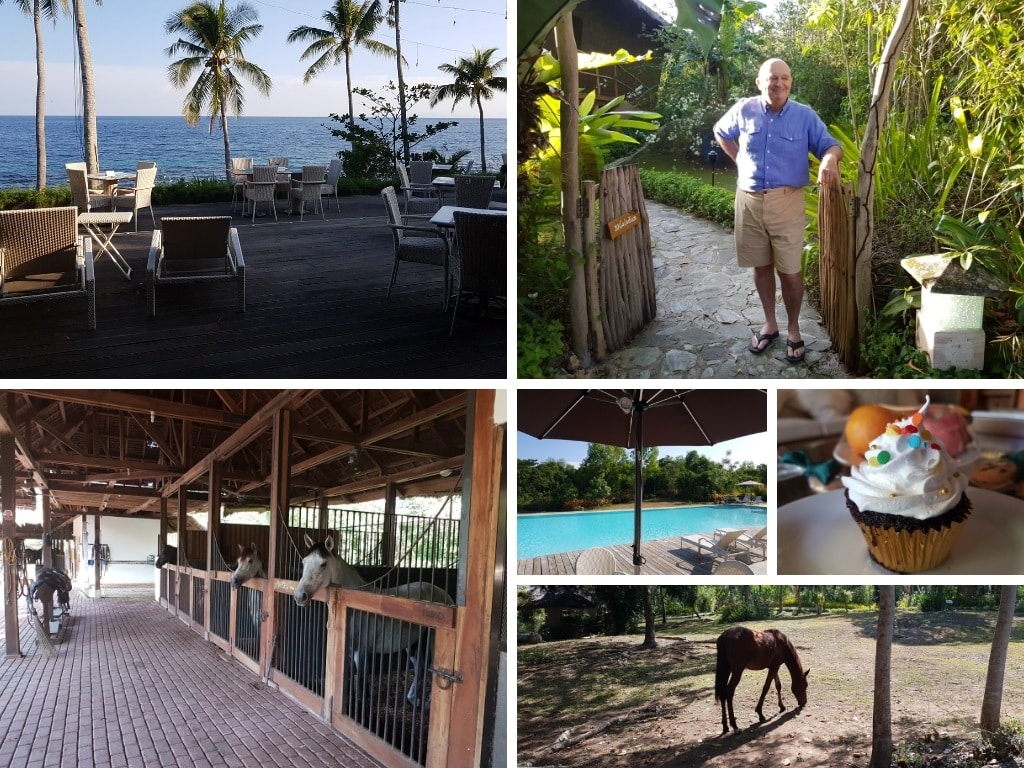 “It was a dream for a designer to work with local people without spending too much; sourcing locally meant very low transport and labor expenses, not to mention the modest cost of the materials, while hosting the opportunity to experiment.”

Local shells decorate the interiors and are used as curtain trimmings; the mother of pearls, or capiz shells as they are locally known, provide a dramatic backdrop to the headboards found in the villas.

“In the bathroom, we used limestone and Mactan stone sourced from the neighboring island of Cebu.”

He chose to use mainly mahogany for the structure of the villas, instead of the Gmelina wood. Although it is beautiful, it is a more tender and a paler kind of wood that easily scratches, and the villas in the Donatela Hotel needed strength because of its rough environment—the whole resort sits upon an incredibly thick layer of rock, a true challenge for constructing. 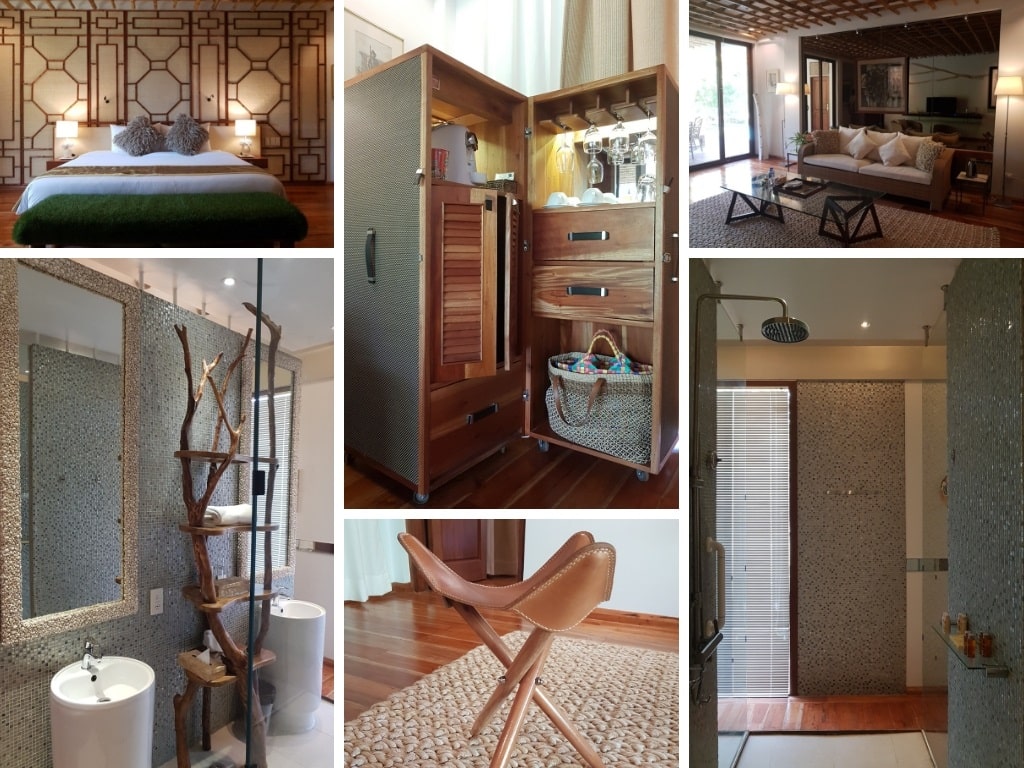 Photos taken during our stay at the Donatela Hotel. ©ArchiExpo e-Magazine