November—BDNY, a boutique design trade fair in NYC, invited guest speakers to touch on some of the most trending topics of today: renovating historic buildings, modular architecture for hotels and sustainability.

As we race away from the “throw away” trend that has led to our worldwide pileup of trash—the build, tear down and rebuild from scratch in architecture—, we’ve begun to see numerous solutions to stimulate more eco-friendly renovations.

Modular gained the image of cheap, or affordable, with usually an undesirable design. However, many firms have developed projects worth noting. At BDNY, the companies behind the world’s tallest modular hotel came to speak about it, while Gensler had the opportunity to discuss its Kimpton Gray Hotel which earned historic tax credits.

Marriott International, also behind the world’s tallest modular hotel, began an initiative last year to reduce water by 15%, carbon by 30%, waste by 45% and food waste by 50%. That’s not all, though.

The company was successful in its ability to meld modern interiors into historic backdrops, while implementing energy-efficient building systems, lighting, materials and smart controls without disturbing the architectural patina—earning the client nearly $10 million in historic tax credits.

Matt Wolfe, an associate at Gensler and project architect for the hotel, spoke during BDNY on effective ways to save, salvage and restore centenarian spaces. 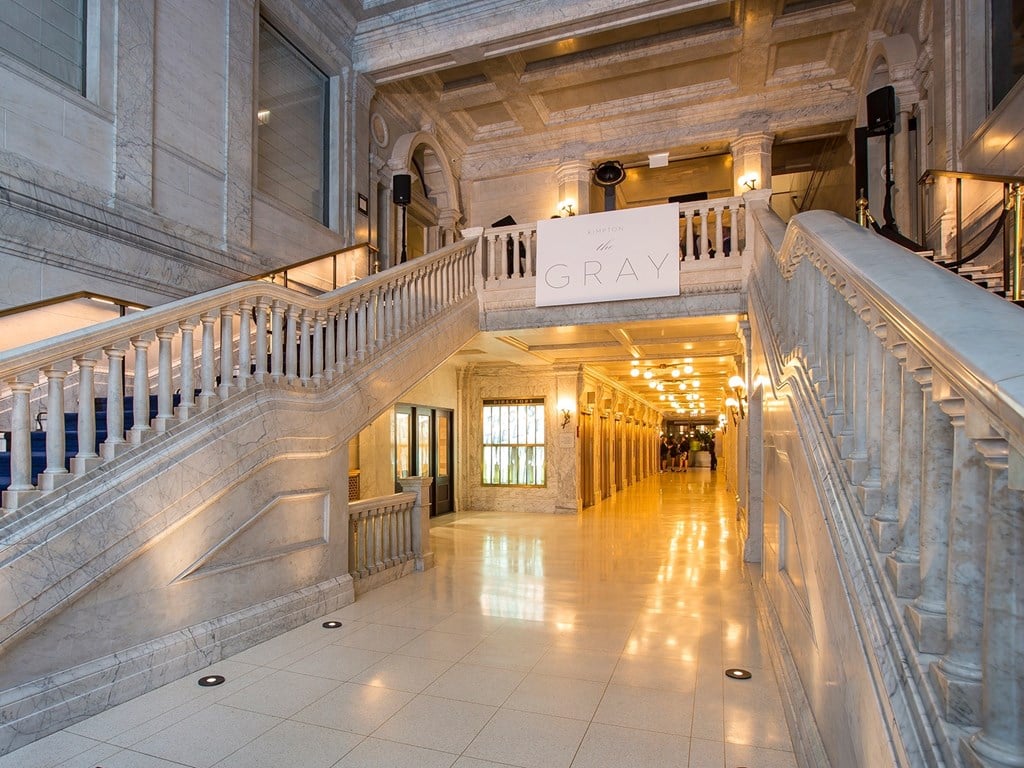 According to Danny Forster & Architecture, “substantial hotels require duplicative symmetry and operational efficiency.” In the company’s opinion, modular construction meets the needs of a cost-efficient and quality-controlled structure. The AC Hotel will express a new style of modular which escapes the “cheap” prefab double-wide and results in a sophisticated balcony strategy.

In 2017, Marriott launched its sustainability and social impact initiative in order to reduce water by 15%, carbon by 30%, waste by 45% and food waste by 50%. Serve 360, doing good in every direction, offers the guidelines to reach this goal and has led the company to creating programs such as the SPG Hotels Global Citizenship Programs.

The brand exemplifies how it builds and operates sustainable hotels by earning LEED certificates—focusing on sustainable, responsible and local sourcing—and installing electric vehicle charging stations. It increases the use of renewable energy and employs innovative technologies to plan, implement, track and communicate responsible operations that mitigate climate-related risk.

The brand extends its concern beyond sustainability with a number of considerable goals. The goals are split into categories: nurture our world, empower through opportunity, sustain responsible operations and welcome all and advance human rights.

“By 2022, 80% of our managed hotels will participate in community service activities annually; By 2025, 100% of associates will have completed human rights training, including on human trafficking awareness, responsible sourcing and recruitment policies and practices.”