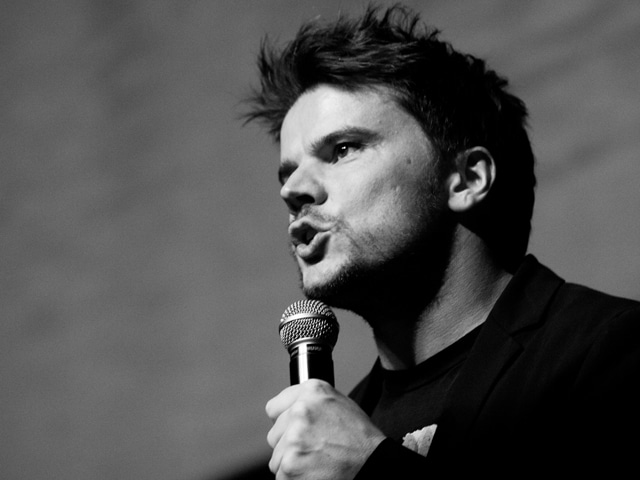 One of Netflix’s stars in its upcoming series Abstract: The Art of Design, Bjarke Ingels finds the door to architecture projects now open to him in France after the completion of his Meca building in Bordeaux, where he gave a speech on February 1, 2017. A theatre full of eager listeners, Ingels went beyond the Meca and spoke about a number of interesting projects underway. He ended his talk with information on his Copenhagen 8 house which was followed by a documentary entitled The Infinite Happiness, a film whose characters live in the Copenhagen 8 house.

When the competition to design the Meca was launched, Bordeaux was transforming into a playground for architecture, according to Ingels. Among other architects, Bjarke Ingels’ firm BIG submitted a concept design for the Meca which combines the Frac (Fonds régional d’art contemporain), Ecla (Ecrit, Cinéma, livre, audiovisuel) et Oara (Office artistique de la région Aquitaine). As the city of Bordeaux wished to relocate these three existing buildings and put them into a new architecture frame, they had to join three purposes and plug them into one structure.

Listen to the Soundcloud below to hear Bjarke Ingels as he explains more about the Meca.

Ingels follows the Meca with information on a number of other projects. While the Meca has reached completion, his museum project for Montpellier has been put on hold. He shows images and offers details on his dock museum project in England, a sculpture park in Norway, an urban student housing solution, a crowdsourcing project and his “court-scraper” project—a marriage of the European courtyard block and the American skyscraper— for New York City’s waterfront.

Listen to the Soundcloud below to hear Bjarke Ingels talk about the above-mentioned projects.

The Copenhagen 8 house has an incredibly unique design. Tenants can ride their bike from the ground floor all the way up to the 10th floor on the continuous promenade and cycling path. This neighborhood setting fosters a suburban lifestyle so tenants don’t feel as though they’re in an apartment complex.

“Social architecture works,” says one tenant in the documentary The Infinite Happiness.

During the film the audience connected with the tenants one by one. A group of girls dressed up in party outfits ran around the “neighborhood” on a treasure hunt, and a blind tenant recounts how he finds his apartment whenever returning home, “I know when I get here, it’s 70 steps to my apartment.”

The audience visits the workshop of a creative tenant who labels himself as a nut and during the film says:

“Every building has a crazy dude. It’s me.”

The Documentary doesn’t simply show the brilliance in BIG’s architecture design, it shows its flaws as well. One tenant points out his daily frustration due to loads of tourists passing by his apartment, making tons of noise and picking flowers right out of his garden. This tenant went so far as to video the activity as proof that even after putting up a “private property” sign tourists still plucked his flowers. Although he laughed off the insane number of tourists passing by, he said he was sad that he had to move out of the 8 House. He also openly invited Bjarke Ingels to stop in for a coffee so he could experience the pestering firsthand.

Listen to the Soundcloud below to hear Bjarke Ingels talk about the 8 House.

In 2010 Arc en Reve invited Bjarke Ingels to Bordeaux to present his “Yes is More” project, which would become his first professional step into France.