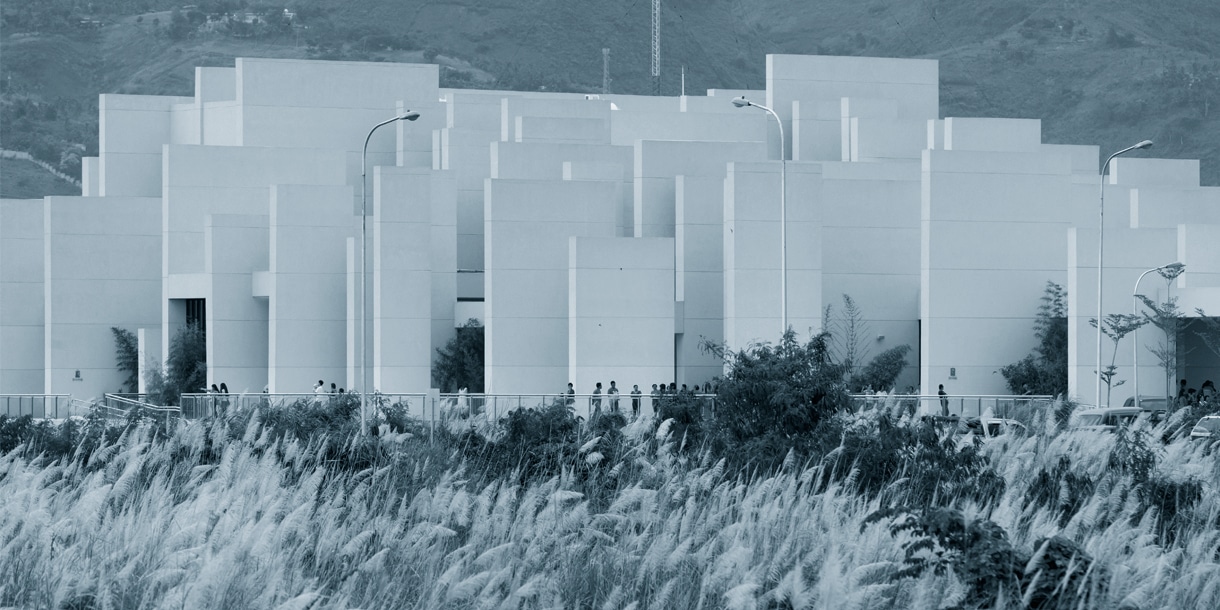 From one angle, the Chapel of San Pedro Calungsod or “Church of 100 Walls“ in Cebu, Philippines is mysterious, with a series of different-sized walls standing in a field like Stonehenge. The architect Carlos Arnaiz of New York based CAZA Architecture designed the church to have both an enigmatic appearance and an open inviting one depending on where the viewer is standing. He achieves his desired effect by placing each wall, which has a unique height and width, facing the same direction.

The differently shaped walls represent the world’s diversity, seemingly chaotic yet organized. “Like trees in a forest,” Arnaiz said in a video interview posted by CAZA. “Religion pertains to be a system to understand our world, giving chaos some kind of underlying order.”

The placement of the church walls is based on a grid, which comes from the spacing of the pews and emanates outward also reflected in gridded windowpanes. Arnaiz calculated the wall placement and type based on how each space would be used, whether for ritual, passage, prayer as a group or isolated contemplation.