Home » Designing in a Smart World

Designing in a Smart World 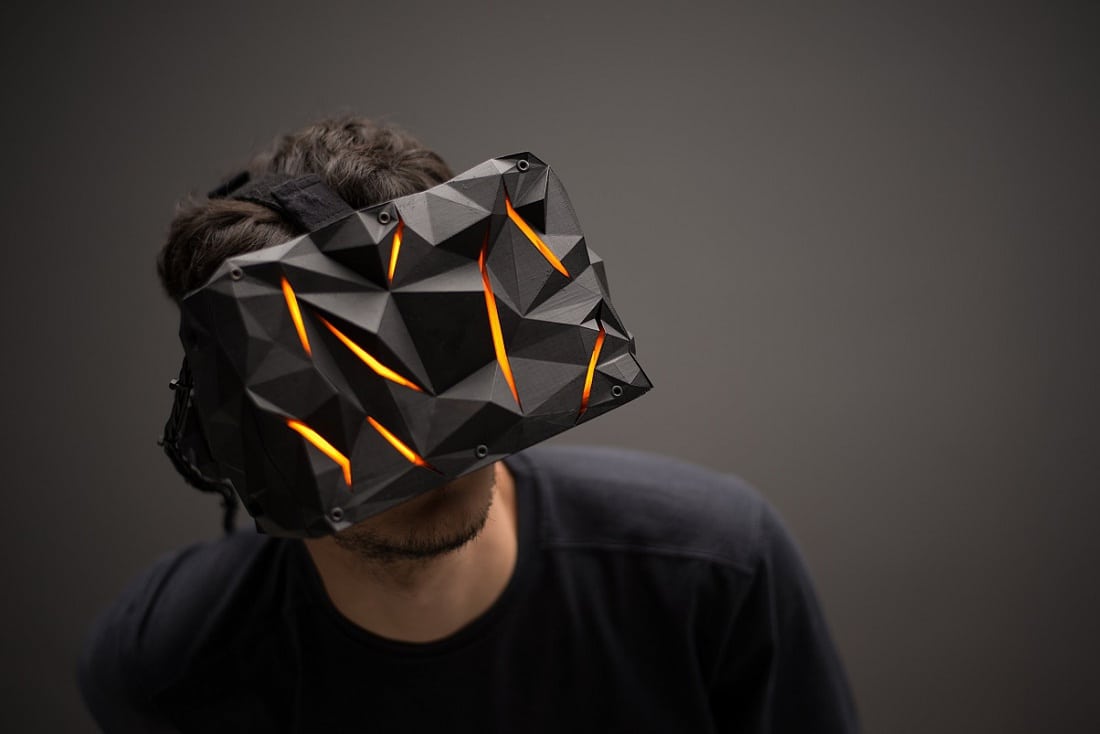 The apple doesn’t fall too far from the tree. The Brazilian designer was raised by a designer mother who crafted objects such as jewelry or miniatures, and an engineer father who transformed apparatuses such as a wax machine into a pewter casting machine for the miniatures. This parental combo results in his 3-D-printed jewelry project made with ABS plastic by using a CGI-faceted language. 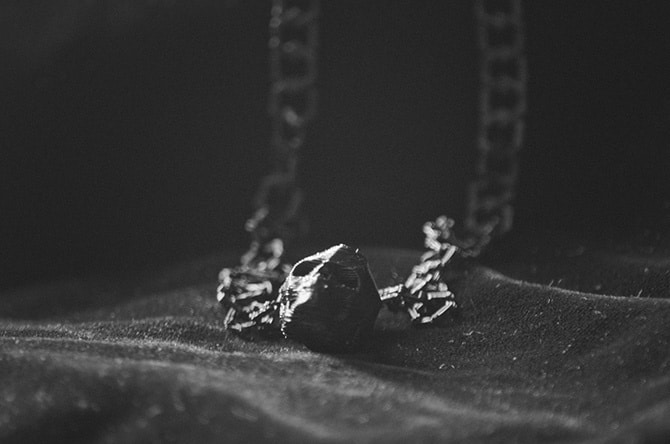 At age 16, Peugeot commissioned him to work with their company and by 18, he entered the Design Program at the University of São Paulo, working shortly after at post-ad agency CUBOCC.

There, the potential of digital fabrication became evident, magic even. The original CUBOCC grew into Flagcx, where he acquired a leadership position. In 2012, while working at Flagcx, Speridião wanted to bring digital thinking to the physical world, so he initiated his own position as an anti-specialist; an independent agent working between departments bringing ideas together.

While at Flagcx, he co-founded Iceland2nd Nation and worked A-Z on projects such as the YouTube Science Box created for Google Brazil. An interactive, physical form of YouTube, whose purpose was to promote the biggest YouTube Brazil channel, the wood-clad box was created with CNC mill. Using a GPRS connection, the box opens automatically whenever a new Manual do Mundo video appears. The toolbox offered the user a hands-on opportunity to experiment with YouTube channels by piecing together materials in the box. Learn more about the project here.

A Step Further, or Two

However, this approach still boiled down to ethereal products. Complex and long, the creative process was geared towards advertising as the end product, and Speridião decided that he wanted something more complete, more durational. Moving on, he adopted the position of head of technology and interaction design at Questto|Nó where he works today.

Speridião is also engaged in public speaking. After various lectures throughout Brazil, such as N Design 2016 where he represented Questto|Nó and at ágora Fab Livre, co-hosted with his former advisor Giselle Beiguelman, addressing themes of Design, Technology and Digital Fabrication; Speridião made it back to his office for a moment in São Paulo to discuss, screen-to-screen with ArchiExpo, Fab Labs and the digital world. 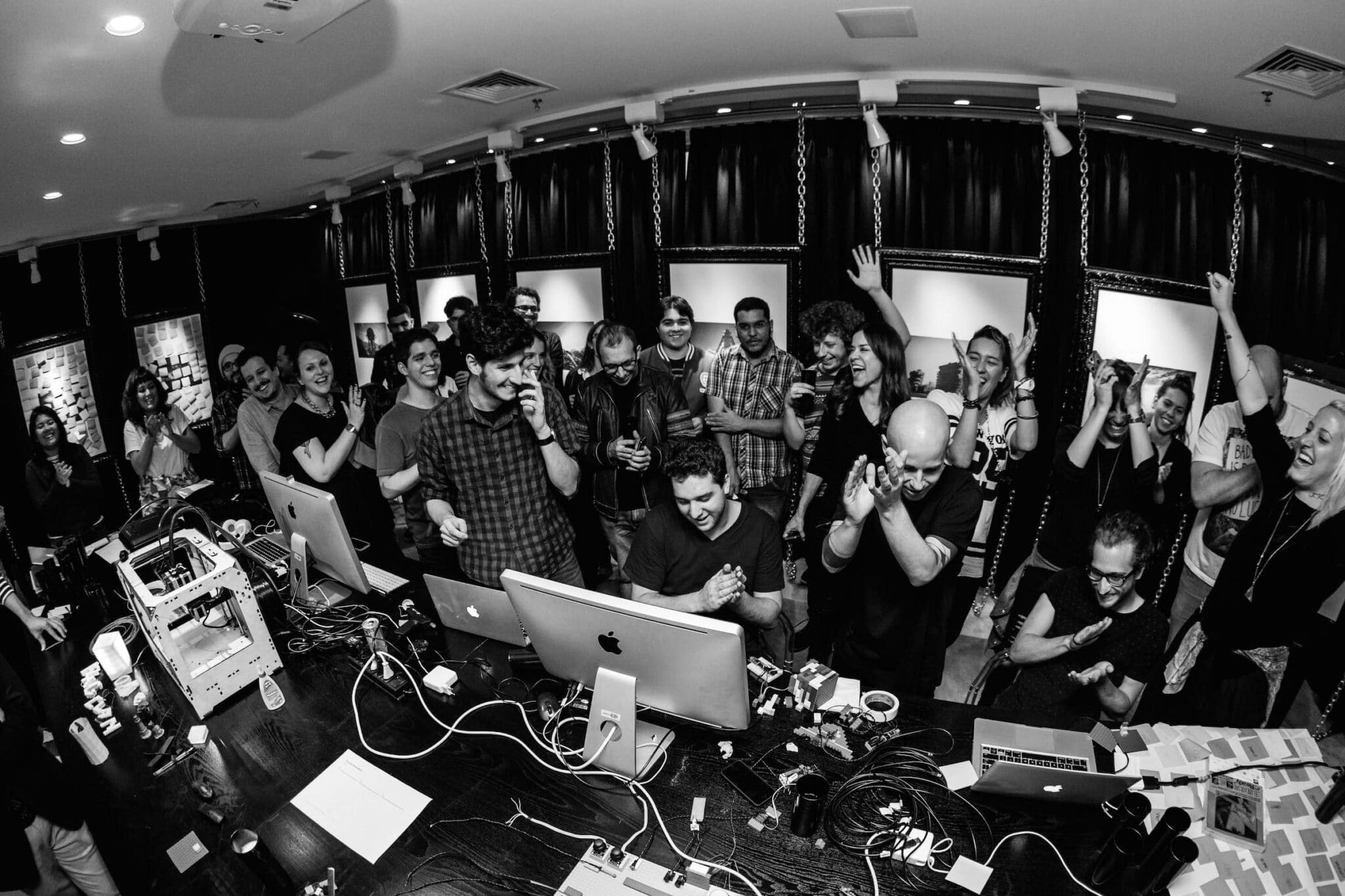 FLAGCX (all people together). Photo by Victor Nomoto, I hate flash

As a worldwide initiative, Fab Labs are a recent installation in Brazil, with more than 12 in San Paulo. Listen to Speridião explain how Fab Labs help the city and democratize access to digital data awareness.

“Design is a way to think, a way to connect the dots.”

Embodying his thinking surrounding connectivity, Andrei related his graduation thesis project to the theme of the city as an interface, a term coined by Martijn de Waal. Creating a system of digital Drains, he won two IDEA Brazil awards in 2014 in the student categories: Gold and Highlight. Here he speaks of this process.

The Designer Role in a Smart World

Objects around us are becoming smarter, connected (IoT), and Speridião believes that we should take the hype with a grain of salt. If everything becomes intangible, we’ll need to be careful about how we deal with data. Here he discusses the pros and cons.

“There will be a time when objects speak our language, but for now, we need to speak theirs.”