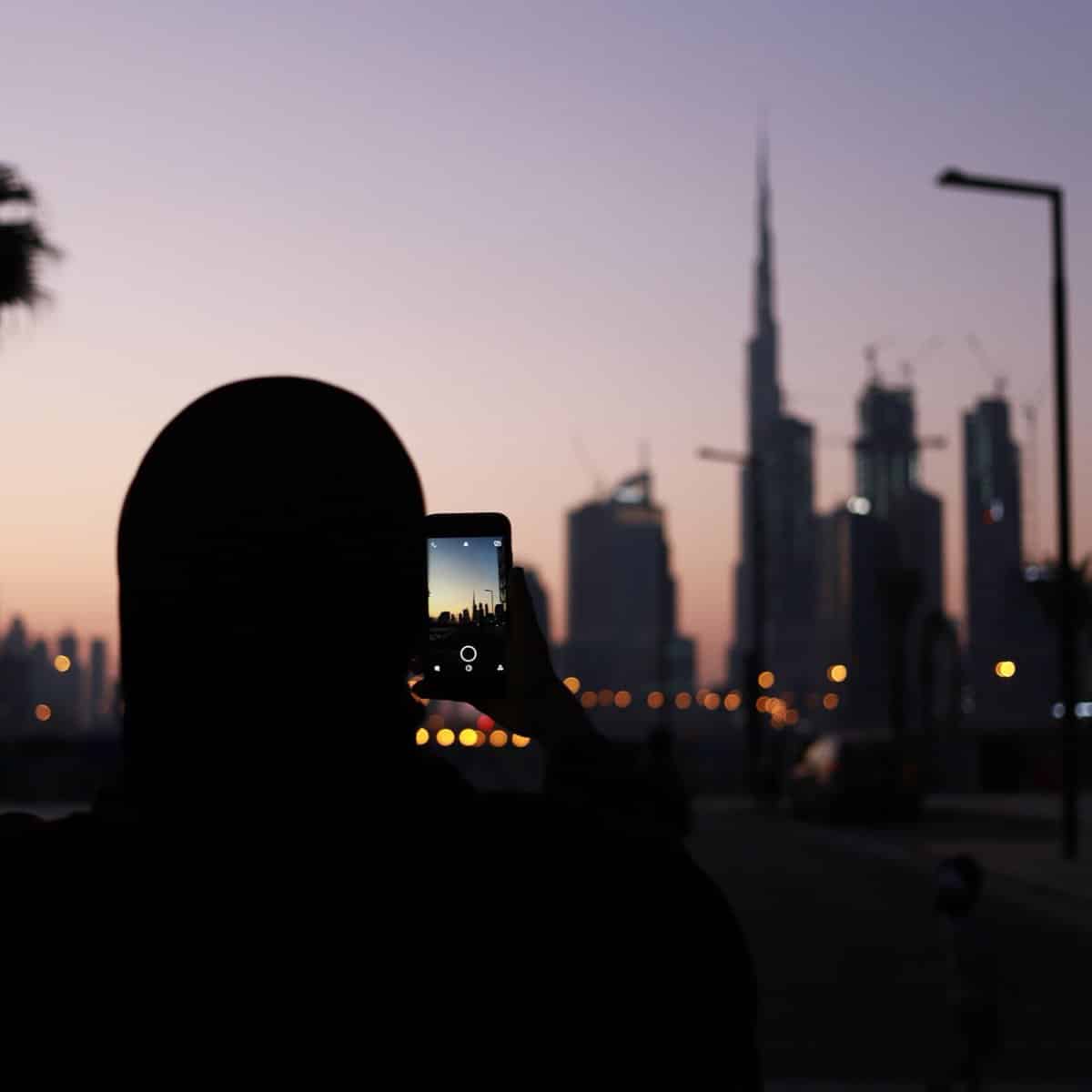 With such an intensely exciting week of architecture and design—like being a kid in a candy store—, it’s hard to know where to begin. Dubai Design Week’s popular exhibition Abwab showcased entirely new work from designers and studios from Algeria, Bahrain, India, Iraq, Palestine and the United Arab Emirates; an excellent starting point.

Rawan Kashkoush, Creative Director of Abwab stated in a press release: “The Abwab pavilions are a microcosm of diversity each year, showcasing design in a format that brings the region closer together.”

Abwab was housed in a pavilion cluster designed by architects Meitha Al Mazrooi, Hatem Hatem and Fortuné Penniman of UAE-based architectural practice A Hypothetical Office. The architects chose to make the pavilions from a re-appropriated greenhouse structure to form a ‘housh’ or courtyard, a playful nod to Arab neighborhood nostalgia that is both enclosed and permeable.

Named after the Arabic word for ‘doors’, the Abwab initiative is dedicated to exploring the design narrative of countries within the MENASA region. This year, emerging and established graphic designers, product designers, photographers and architects from the above-mentioned countries responded to the theme of ‘The Human Senses,’ by creating their own individual pavilion. 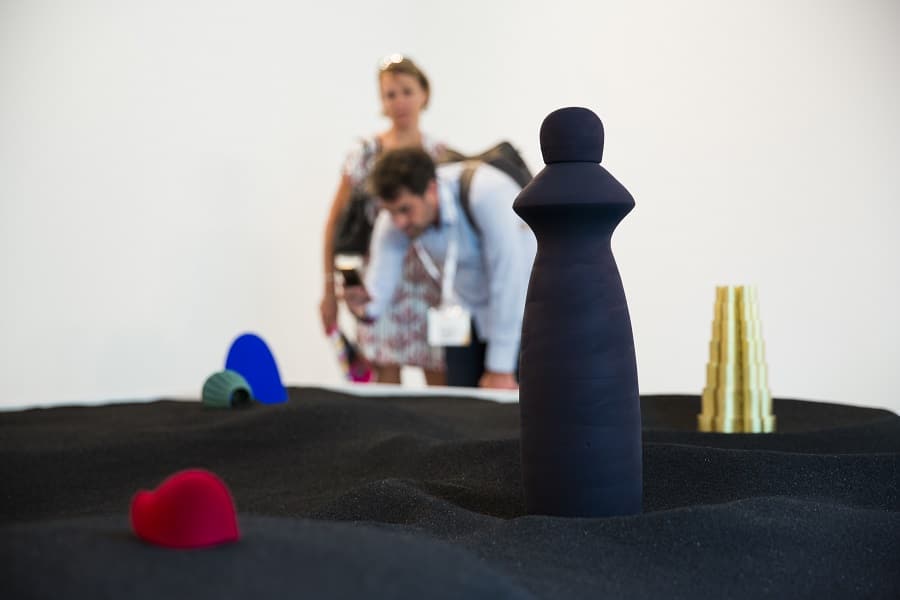 “These series of objects that are in dialogue with each other, they have a sense of abstractness where you are not really sure what they are but the intention is to make people ponder that thought,” Abdul Jabbar, quote via DesignMENA. Photo by Rajesh Raghav/ITP

All six very appealing, but the Palestine pavilion brought reflection on a beloved material. Olive wood carving represents a third of the artisanal industry in Bethlehem, but cheap imports and mass customization are threatening this 16th century tradition. French-Palestinian architects Elias Anastas and Yousef Anastas have created an innovative olive wood structure in the Palestine pavilion that celebrates the imperfections of the olive wood master carvers’ craft.

Check out designMENA’s exploration of the Abwab pavilions.

In One Door and Out the Other

In addition to the Abwab (doors) exhibition, the Dubai Design Week had a lot going on. To mention but a few:

The Iconic City exhibition is a series of annual exhibitions and this year the Dubai Design Week selected Cairo. The Cairo Now! A City Incomplete exhibition displayed work from over 65 Egyptian designers and creatives. Mohamed Elshahed curated the exhibition, an ensemble of delightful architecture, products, furniture, graphic and typeface designs. Read this article for a full report.

Cairo Now from Tahoun on Vimeo.

Brendan McGetrick selected the 145 projects from 50 leading universities for this year’s Global Grad Show, first launched in 2015. Rather than sectioning them off in school-specific zones, the projects are organized according to what it does, rather than what it is. Exhibits in the Empower section offer new ways to spark ideas and expand abilities. The Connection section is concerned with encouraging exchange and building community. Sustain is a survey of innovative approaches to reducing waste and generating energy. Very interesting, very inspiring. Check out all the projects here.

In the Dubai Design District, Vinny Dolls organized the workshop Face and Masks and invited design enthusiasts to create a doll head that looks like prominent designers such as Philippe Starck, Le Corbusier or Zaha Hadid. They learned how to stuff and decorate the big doll heads that later could be used as cushions or playful masks. Vinny is a Dubai-based textile artist, embroiderer and maker of dolls, masks and soft sculptures.