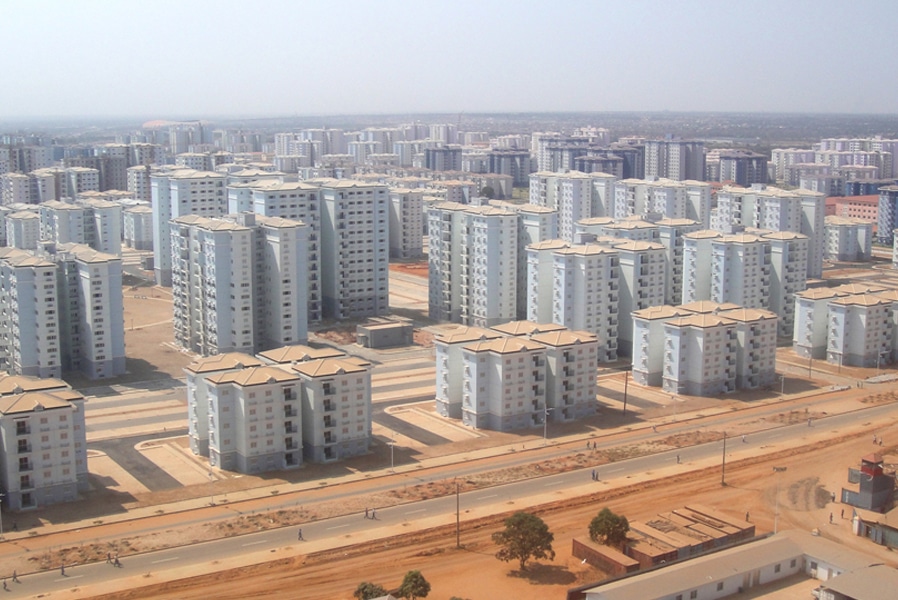 The crowd of upscale Kenyans was in a festive mood dancing, drinking and laughing at a Nairobi nightclub. But then, one of the revelers spotted two white Westerners, journalist Michiel Hulshof and architect Daan Roggeveen. The Kenyan asked the two Dutchmen whether they were Americans and then, without giving them time to respond, blurted out, “I hate Americans.” Identifying himself as a clothing-store owner and as having just returned from China, he continued,

“We Kenyans don’t need you guys anymore. We are facing East to our new friends, the Chinese.”

This account of Roggeveen and Hulshof’s experience in the Nairobi nightclub is from a wall of text in their exhibition, Facing East: Chinese Urbanism in Africa. The show, which ran from June 17 through August 1 at New York City’s Storefront for Art and Architecture, offered an overview of China’s predominant role in the redevelopment of African cities throughout the continent. There were photographs of Chinese built highways, light rail systems, skylines, mass housing developments and Chinese financed Special Economic Zones–-tax-free areas expressly set aside for Chinese companies to set up shop.

Indeed, if it were not for the captions and the wall texts, one could easily mistake some of the developments and places portrayed in this show as being located in China.

Several of the most arresting photographs portray different xiaoqu—Chinese-style apartment complexes built for thousands of people that are so massive that they cannot fully be captured in the frame of a photograph. These seemingly endless developments are designed in repetitive typologies and are built in areas where everything else appears to have been leveled to accommodate their presence.

The show also documents the proliferation of signs along newly built African roads that advertise Chinese companies, such as telecom giant Huawei, and Chinese products, such as a tea useful for treating infertility in both sexes, HIV and a host of other ailments.

Facing East: Chinese Urbanism in Africa was an extremely timely show. Africa accounts for half of the fastest-growing economies in the world and its population is due to double by 2050. China is helping to fuel the growth spurt; it has doubled its trade with African countries in just the past four years. This exhibition emphasizes the boomtown quality that exists in many African cities today; many of the photographs are of Chinese developments currently under construction.

Undergirding the show is a 160-page illustrated catalog of essays by various experts documenting China’s penetration of the African continent. We learn Chinese construction companies are building 60% of the new roads in Addis Ababa, Ethiopia, they are building a light rail network in Lagos, Nigeria and in Angola they are building Kilamba New City, a development designed to accommodate 500,000 people (known for a long time as a “ghost city,” due to its extremely slow start).

In places, the exhibition adopts a sardonic tone. “Watch your head while swimming” is the caption for a photograph of an indoor pool with a column smack in the middle of it at the Wu Yi Luxury Apartments in Nairobi. Another photograph of uniform white Chinese-style compounds under construction in Luanda is captioned “Colorful residential buildings in Chinese residential development.”

However, despite being beneath Western standards, Chinese construction in Africa is a major improvement to the status quo. “It is pretty nice to drive on a highway with lighting that doesn’t have potholes,” Daan Roggeveen, the exhibition’s curator, said over Skype from Shanghai, where he runs Go West Project, a multidisciplinary research and design studio focusing on emerging megacities. “The Chinese are building things that local contractors simply cannot deliver in terms of speed and size.”

Going into areas where Western retailers fear to tread, Chinese companies also are profiting from the burgeoning African demand for building materials and home furnishings. “People are buying bathrooms and couches and all of the stuff you need when you buy a house,” Roggeveen said, “China is transforming the consumer landscape in Africa—they are giving access to affordable Chinese products.”

Many projects are financed through concessional loans that Chinese companies make to credit risky African countries in exchange for rights to oil and other natural resources. “[The Chinese] say, ‘We can basically provide you with a loan and you can pay us back in resources and for this loan you should build infrastructure and it should be built by Chinese contractors,’” Roggeveen said.

It certainly remains to be seen whether Chinese-backed development in Africa will be sustainable long term or even in the short term for that matter.