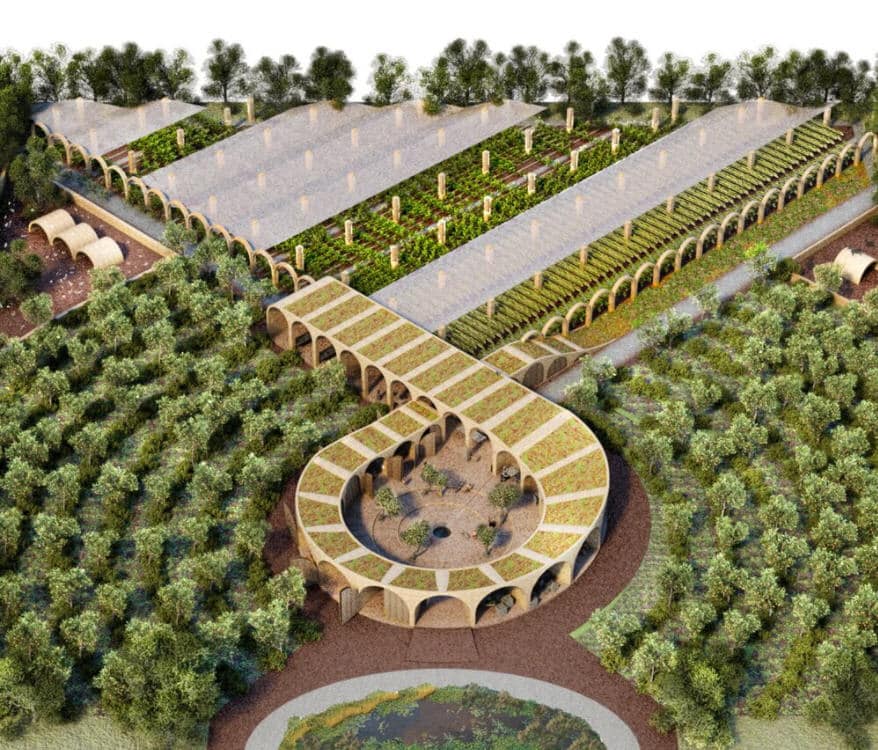 Courtesy of Farms Not Arms

Farms Not Arms received special mention as a semi-finalist in the Food System Vision Prize and was awarded $25,000 by The Rockefeller Foundation for designing an inspiring vision for a nourishing and regenerative food system by 2050.

Food insecurity and malnourishment have been perennial problems since the dawn of humanity. And for all the progress made in modern times, real hunger, the kind that leads to stunted growth in children, actually has been steadily rising since 2015 due to climate change and manmade conflicts. Now, according to the United Nations, because of Covid ravaged economies, the number of people on the brink of starvation could potentially double from an estimated current total of 135 million to more than a quarter of a billion.

What to do? According to the UN, which has a goal of ending world hunger by 2030, “It’s time to rethink how we grow, share and consume our food.” Prominent non-profits have also embraced the cause. In 2019, the Rockefeller Foundation, in conjunction with IDEO, an international design company, and the consultancy Second Muse, launched the Food System Innovation Prize, which provides cash grants for projects that improve agriculture in sustainable ways.

Some might think that solving hunger is primarily an issue for politicians and powerbrokers, but Emily Bauer, a landscape architect working with the Farms Not Arms believes that designers have an important role to play.  The project that Bauer and her team developed seeks to revolutionize agriculture in strife-torn Lebanon, where supermarket food prices jumped by 45 percent between October 2019 and January 2020. 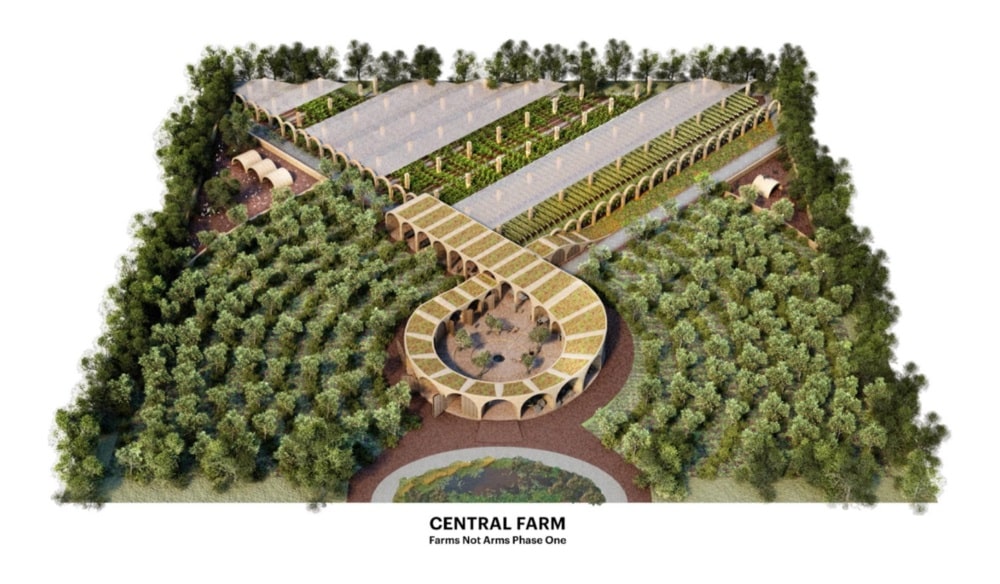 “Ultimately, architecture and design is about  improving the way we live,” says Bauer, principal of the New York City-based landscape architecture firm Bau Land, “but designers often spend most of their time designing for the top few hundred million people.”

Bauer, who has worked on marquee private development projects in New York City and Las Vegas, says she has always been interested in how design strategies can be applied to improve the lives of the hundreds of millions of people who typically cannot afford the services of high-end designers. And she says she hopes the practices Farms Not Arms uses will become a standard for dealing with hunger and food insecurity worldwide.

Lebanon already was having difficulty feeding its population before 1.5 million Syrian refugees from that country’s civil war showed up. These include overuse of fertilizer which has led to severe nitrogen depletion in the soil, water pollutions (70 percent of the country’s natural water supplies are contaminated), and extreme weather events exacerbated by climate change, that disrupt growing seasons. The situation has grown so bad that the country, once a major food exporter, now imports 85 percent of its food.

To address Lebanon’s food scarcity challenges, Farms Not Arms is planning to build a prototype farm in Lebanon’s Bekaa Valley. The farm will utilize a process called Regenerative Agriculture and serve as an alternative to the large industrial monoculture farms that use chemical fertilizers linked with soil depletion and water contamination.

“Regenerative Agriculture has amazing potential to address key needs while reversing climate change,” declares Bauer, “It captures carbon and basically sucks it into the ground. The really exciting thing is that, in addition to restoring the environment, this system is approximately three and half times more efficient than traditional industrial agriculture.”

The design for the Bekaa Valley farm looks more aesthetically pleasing than a traditional monoculture farm. Instead of endless dreary rows of crops, plans call for a sylvan landscape with diverse plantings and animals freely ranging.  The plant growing strategies include Agroforestry, a centuries-old method involving planting rows of trees alongside crop beds to build diversity, prevent soil erosion and clean the soil of pollutants. The design also calls for populating the farm’s fields with 1200 chickens and 12 goats and using their manure as a natural fertilizer, a process known as Silvopasture.  In addition, there will be a greenhouse for growing leafy vegetables hydroponically, which will increase yields.

Although Bauer is applying this design approach to help refugees in Lebanon with Farms Not Arms, she says that there is a critical need for Regenerative Agriculture in first world countries like the United States which also suffers from widespread food insecurity as well as environmental degradation linked with massive toxic industrial farms.  In addition, she says locally based Regenerative Agriculture farms would help reduce the environmental costs and potential disruptions involved with transporting fruits and vegetables from places like California, which grows more than a third of the country’s vegetables and two-thirds of its fruits and nuts.

“I think in times of increasing uncertainty and instability, locally grown food is going to become more and more important,” says Bauer. “Supply lines can become really messed up with relatively small changes—like a pandemic happens and all of a sudden you run out of chicken at the supermarket.”

Bauer hopes that eventually municipalities in the United States and other developed nations will adopt Regenerative Agriculture practices and stop depending on far-flung industrial farms for most of their food.

“Growing food near cities is more efficient and has numerous co-benefits,” she says, “I would love to see a ring of regenerative agriculture and hydroponics around every city.”