HempWood is a new material launched in 2019 as an alternative to wood. Studies show it’s harder and more eco-friendly. We talk to Greg Wilson, inventor of HempWood, to learn more.

HempWood won’t get you high if it burns, and it isn’t even real wood. But according to Greg Wilson, who invented HempWood, the new patented material, made from cannabis plants with a low THC content, actually is harder than the hardest American hardwoods, more eco-friendly and it even has a smoother surface.

Wilson is a pioneer in engineered alternative wood products. He began his career in China in 2005, where he helped write the algorithm that made it possible to convert Bamboo fibers into a wood-like composite known in the trade as “strand bamboo,” which is what the bamboo flooring sold throughout the world is made of. Later, he modified the algorithm to make it possible to manufacture strand woven eucalyptus and Smart Oak, which is made from wood scraps from lumber mills.

“We use an algorithm to transform various different types of plant fibers,” Wilson explains, “whether it’s timber, whether it’s waste from timber processing, or whether it’s agriculture like hemp, the algorithm turns plant fiber into something that is superior to your domestic hardwood.”

HempWood, Wilson’s latest alchemical feat, which he launched in August 2019 from a factory in the state of Kentucky, retails for $ 8 U.S. dollars per square foot for flooring in comparison to American White Oak which cost between $8 and $12 per square foot. But according to Wilson, HempWood is about twice as durable as American White Oak (CK) and grows more than 100% faster. In fact, North American domestic hardwoods with the exception of Hickory are not tough enough for commercial flooring, says Wilson, noting that they dent and ding just from someone walking over them with high heels. 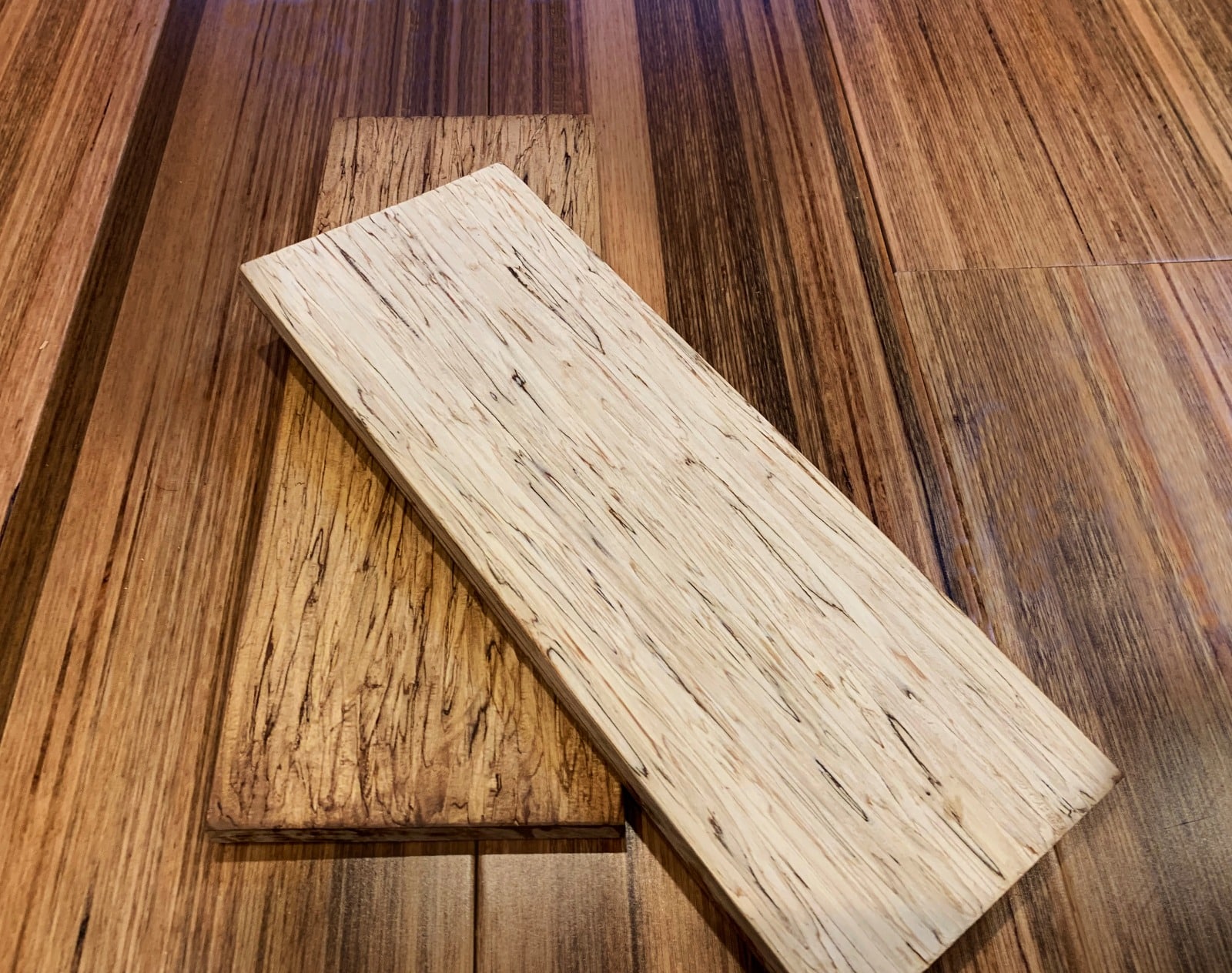 However, popular wood flooring substitutes that are more durable and significantly cheaper, such as Luxury Vinyl Tile (LVT), which goes for about $ 3 U.S dollars per square foot, are highly toxic, Wilson says, adding “It {LVT} is cheap, waterproof and harmful.” Wilson was inspired to make HempWood, partly out of a concern for the environment and for worker conditions. He says he is particularly concerned about the growing popularity of LVT because “it causes cancer in the people who are manufacturing it.”

HempWood, which is made with an organic soy adhesive also is more sustainable than the lumber substitutes such as eucalyptus and bamboo, according to Wilson.

“We are a more eco-friendly alternative to what is pitched as eco-friendly,” he says, adding, “All bamboo flooring has formaldehyde in it.”

Using an eco-friendly lumber alternative that is durable enough for commercial floors does involve some tradeoffs. Because HempWood is made with an organic soy adhesive, it doesn’t have the same water resistance as other types of lumber substitutes, which makes it inappropriate for exterior and structural uses. When customers want more water resistance, Wilson adds acyclic as an adhesive. And although acyclic does have a certain amount of carcinogenic volatile organic compounds, it is not nearly as carcinogenic as the formaldehyde found in typical wood substitute products such as bamboo, Wilson says adding “the dirtier the glue, the more waterproof it is.”

In addition to flooring, HempWood can be used for other types of interior “face grade” products,  and Wilson’s company sells table tops and desk kits as well as finished tops for restaurants and stores. Currently, HempWood is available in two visual cuts a rift saw, which has a parallel grain, plain saw, which has a marbled appearance that has been compared to Spalted Maple. One of the most distinctive cosmetic attributes of HempWood, says Wilson is its smooth surface.

“If you look at an oak floor, it has little ridges and bumps,” he says, “HempWood is smoother than that.” 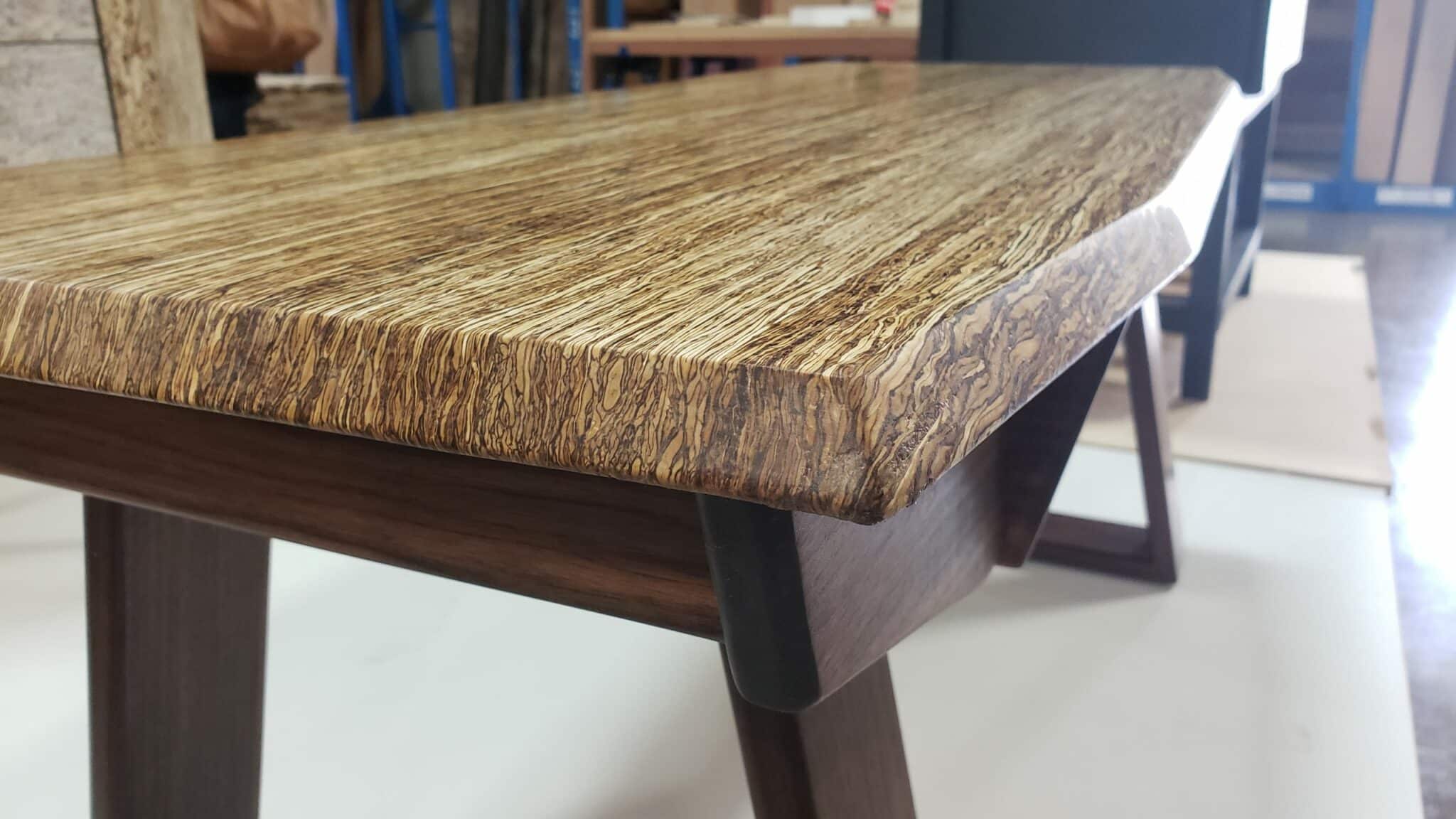 Wilson says that HempWood flooring, his mainstay product, meets all of the fire resistance, slip resistance and scratch resistance testing requirements for residential and commercial applications in the United States, but that there are still certain biases against a cannabis-based product as well as lack of understanding about it. Current U.S government regulations pose challenges to shipping HempWood internationally and Wilson is still unable to do wire transfers for the product if it says “hemp” on the invoice.

However, Wilson says that he expects that the bureaucratic hurdles will soon be overcome and that demand for HempWood will grow as people come to have a better understanding of its aesthetic and eco-friendly attributes. Currently, “we are the redheaded stepchild of building materials,” he says.

“If people really take the time to study how they are spending their money and what environmental effects it has, then they would be more likely to buy HempWood.” 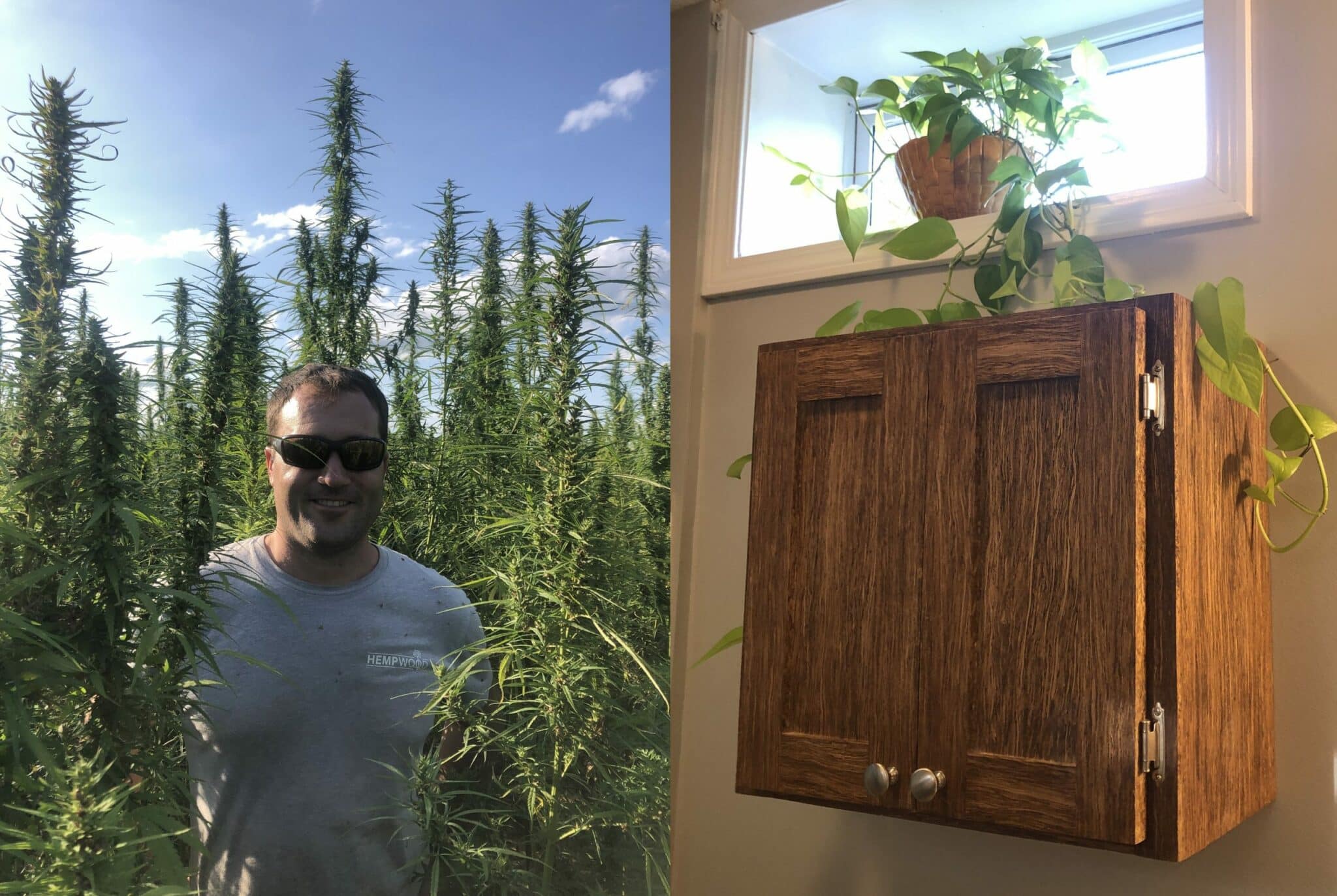