At this year’s International Contemporary Furniture Fair (ICFF), an emphasis on asymmetry and coarse unpolished surfaces ungirded many of the pieces on display. You could also see a mixture of different aesthetics within one piece such as side tables that incorporate both the industrial and the hand-hewn. Recycled materials and pieces exhibiting a concern with the environment also were also prevalent.  Indeed, this year’s ICFF, which is a bell-weather for the design world, indicates that a more informal and crunchy vibe is percolating throughout culture.

Case in point is the New Innovations in Clay line from Catharina Goldnau Ceramics, which included a tall sculptural work consisting of urns growing out of one another with overflowing ferns and flowering plants. This agglomeration, which looks as though it was rescued from some Roman ruin, was made with both shards of porcelain and sections of unfinished clay. Blue glaze is drizzled down the surface and it serves as a celebration of recycled forms and materials. 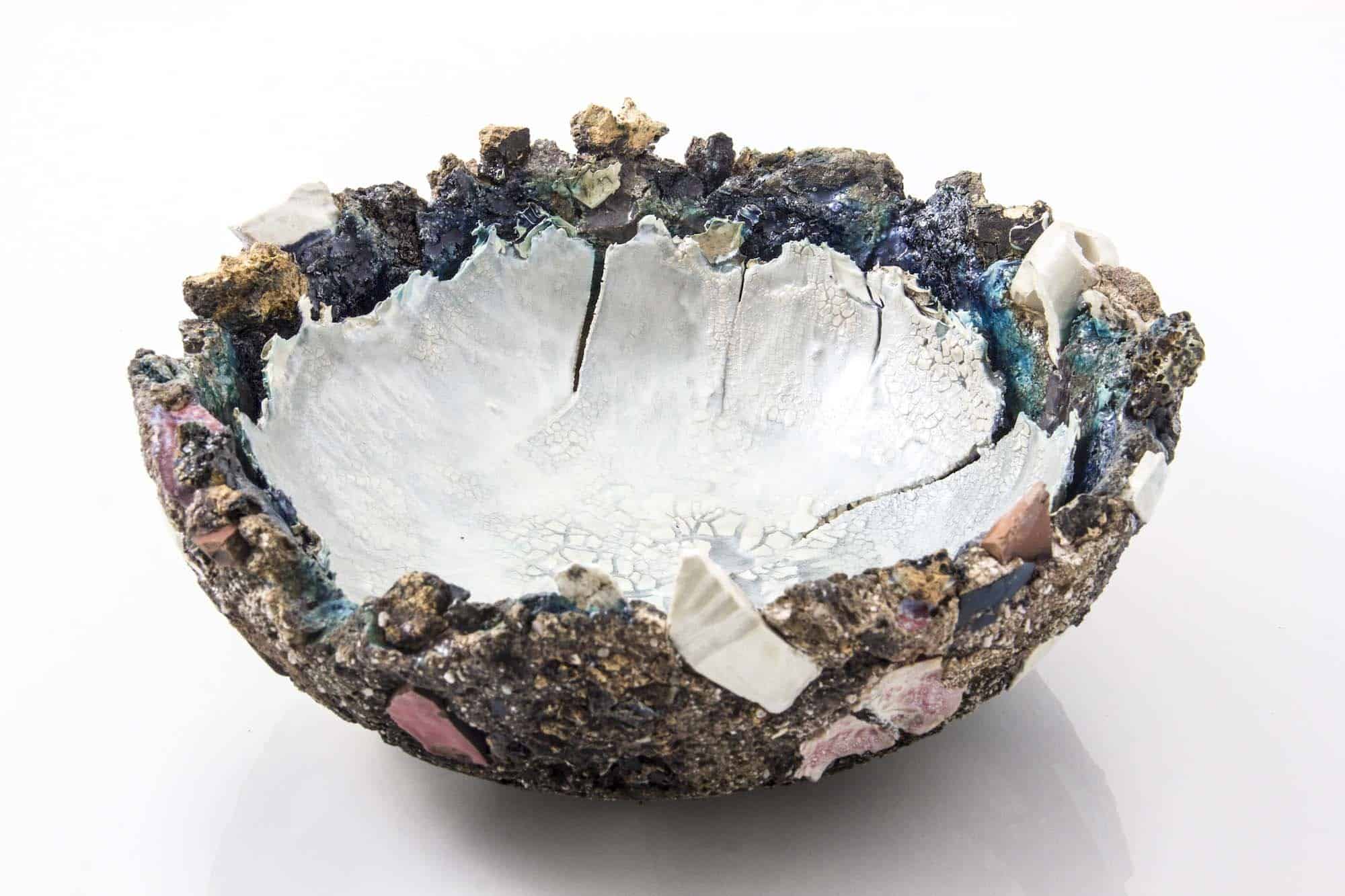 The Ross Table from Matriz Design is a veritable Yin Yang of shapes, colors and methods of manufacture. It features a light colored wooden table top milled on the top and hand carved on the bottom, speaking to the penchant for mixing techniques found in many of the exhibits at this year’s ICFF.  The round table top is connected by a slender light colored piece of metal extending from a linear dark metal base that looks as though it is a section of an industrial eyebeam. The liminal space between the table top and its sturdy base creates the illusion that it almost floating above. 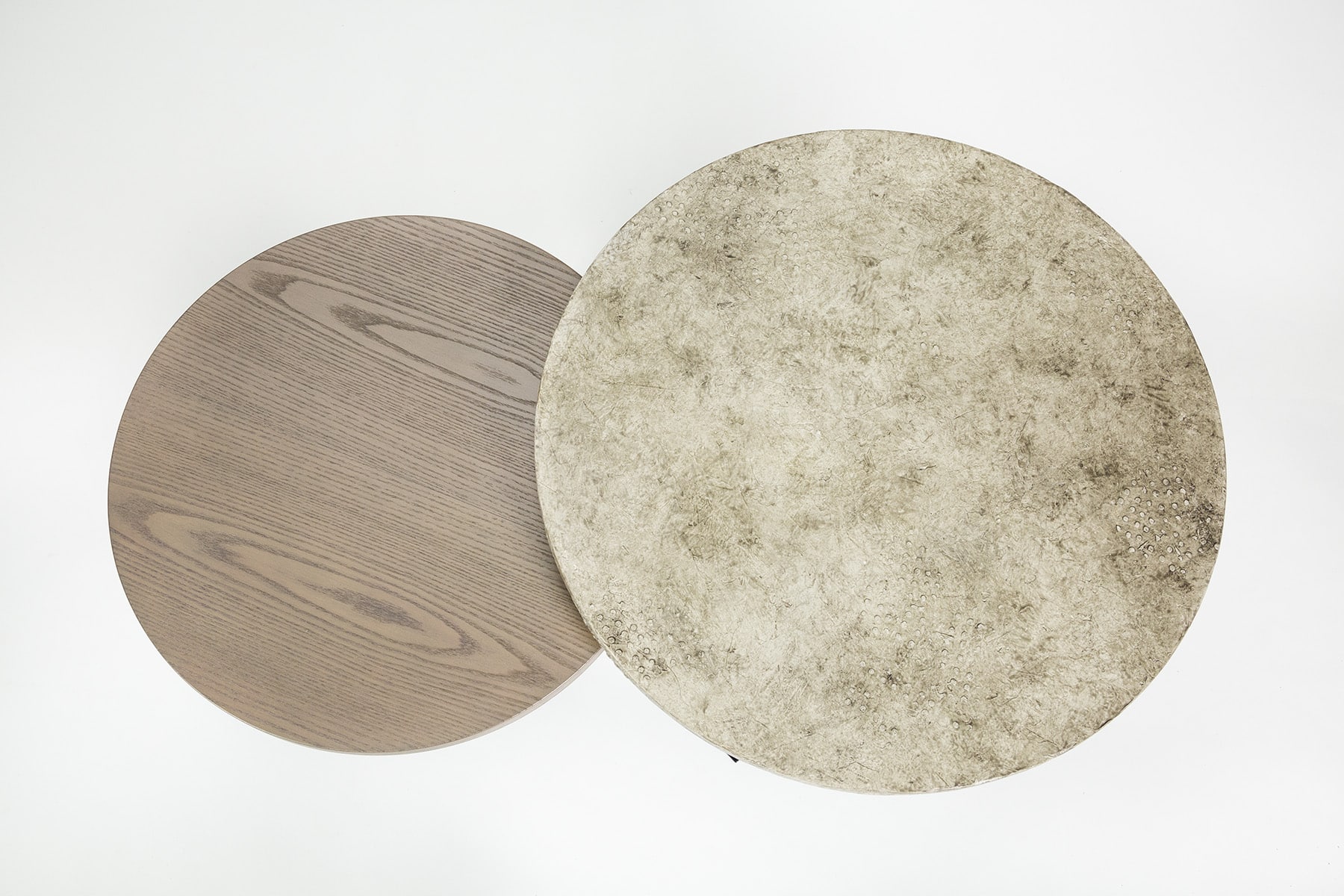 One of the most inspired works at ICFF was Paisley Paramecium, a colorful paisley textile and wallpaper design with bursting images that at first glance looks as though it is a modern take on the Victorian designer William Morris. However, there is something more than meets the eye here, it is a blow-up of microorganisms that form the basis of the chain of life but that are so small that you can fit billions into a test tube. Here we can see supersized images of paramecia, nudibranchs, euglena, diatoms, algae, amoeba and Spirogyra.

The brainchild of London-based designer Newton Paisley, a winner of the Kent Creative Design Award, Paisley Paramecium emphasizes our connection with the rest of the world and our dependence on microorganisms such as Prochlorococcus, which, according to some scientists, is responsible for one out of every five breaths we breathe. 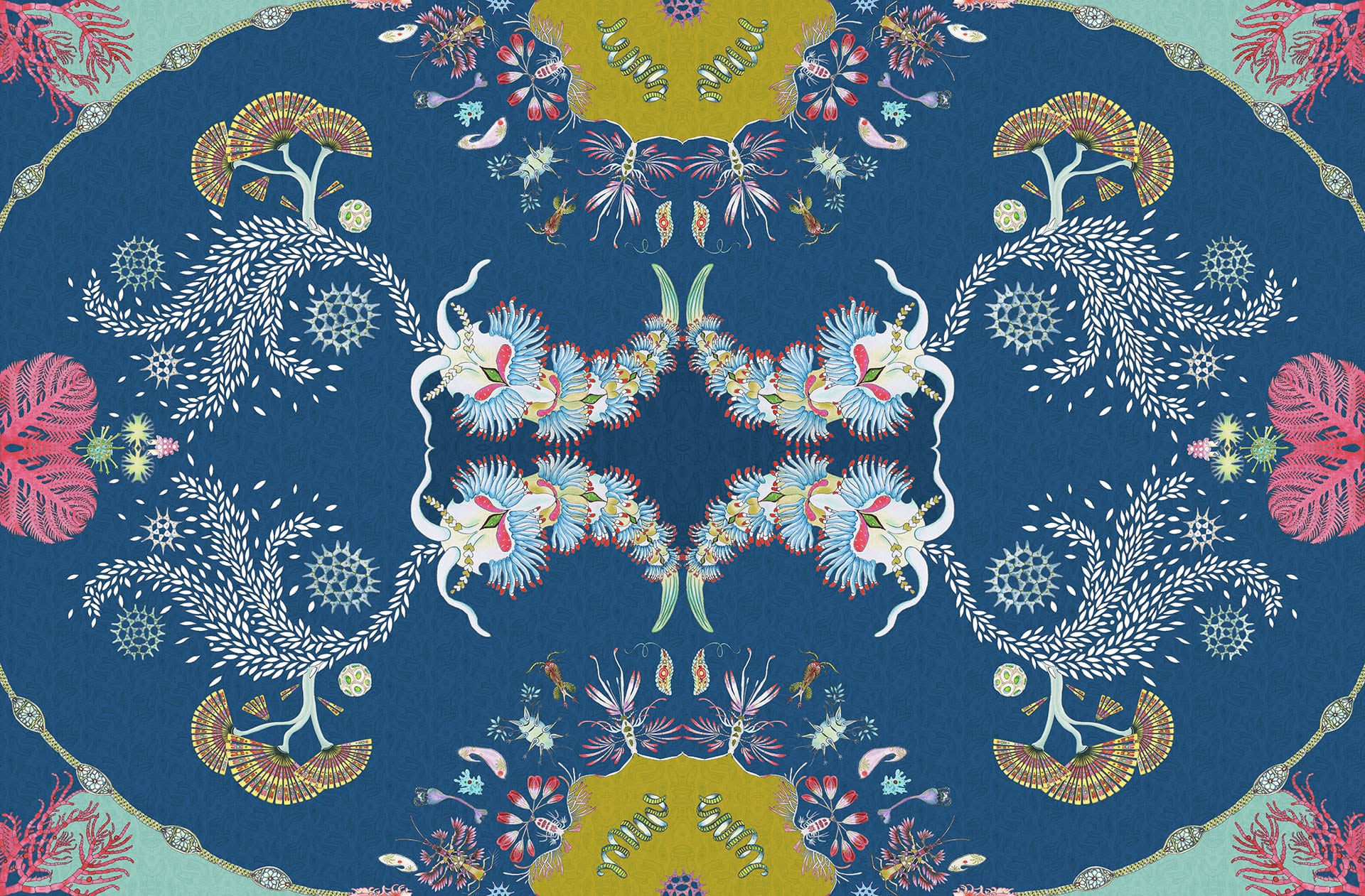 The eclecticism and pastiche defining this year’s ICFF are truly astounding.  For today’s designers, no material or image is too unusual that it cannot be incorporated into the furniture that we invite into our homes and our offices. And rather than thinking about a particular moment in time or an overall aesthetic, the message here is that we should be thinking more about how we connect to the rest of the world.