A recent Deloitte study shows bicycles are the future of transportation, especially in cities. As city officials hope to reduce pollution, to make cities healthier, they’ve been working with urban planners to include bicycle culture. How have they integrated bicycles into cities over the last few years? Let’s see.

City officials around the world, together with planners and architects, are initiating change to the layout of cities in order to include bicycle planning strategies which, ultimately, results in a better quality of life.

Behind many of these initiatives sits Danish brand Copenhagenize Design Co, whose extensive experience of over a hundred years specializing in best-practice street design allows the company to offer urban planning and design services for cities or private developers.

The team at Copenhagenize Design Co works with local planners and engineers to find the best solution to fit the needs of the site from city-wide bicycle planning strategies to re-designing one city street.

And while officials invest heavily in bicycle networks as fast commuter and transport routes, bicycle manufacturers gain profit from the urban cycling trend as a way to free up cities heavy with traffic and bike-sharing programs attract attention with brightly colored bikes.

The demand for certain types of bicycles has been strengthening the market. By 2018, families had been increasingly utilizing cargo bikes, boosting its popularity so much that the well-known bicycle trade fair EUROBIKE included a cargo category in the show for the first time.

That same year, the trend had soared high enough that the United Nations declared 3 June as the first official World Bicycle Day to promote cycling and its multiple societal benefits for transport and leisure.

In recent years, the Portuguese Capital has been quite ambitious and active in redefining the role of the bicycle in the city. New protected bicycle lanes have been built along major arterials, parking lots and traffic circles have been converted back to public space, and now Lisbon is preparing to host the 2021 Velo-City Conference. But perhaps most admirably, the city is planning for a bicycle network that recognizes and accommodates their hilly topography. They are planning with the topography rather than in spite of it.

Velo-City 2020 will be held in Ljubljana, Slovenia, this September.

Supported by the European Handshake project, which aims to foster the exchange of knowledge between bicycle-friendly cities across Europe; the city of Bruges, Belgium, are working with Copenhagenize and renowned landscape architects West8 and traffic engineers from Vectris in order to create a cycling ring corridor around the medieval city. As it kicked-off, the project quickly shifted to a larger discussion about the whole cycling network, its hierarchy, connections and best ways to accommodate all kinds of users, from children to cargo-bike users and fast commuters.

The first concept phase ended at the beginning of January 2020 with two events: one gathering experts and European project members for two days of workshops and another one targeted at collecting the experiences and ideas of local inhabitants. 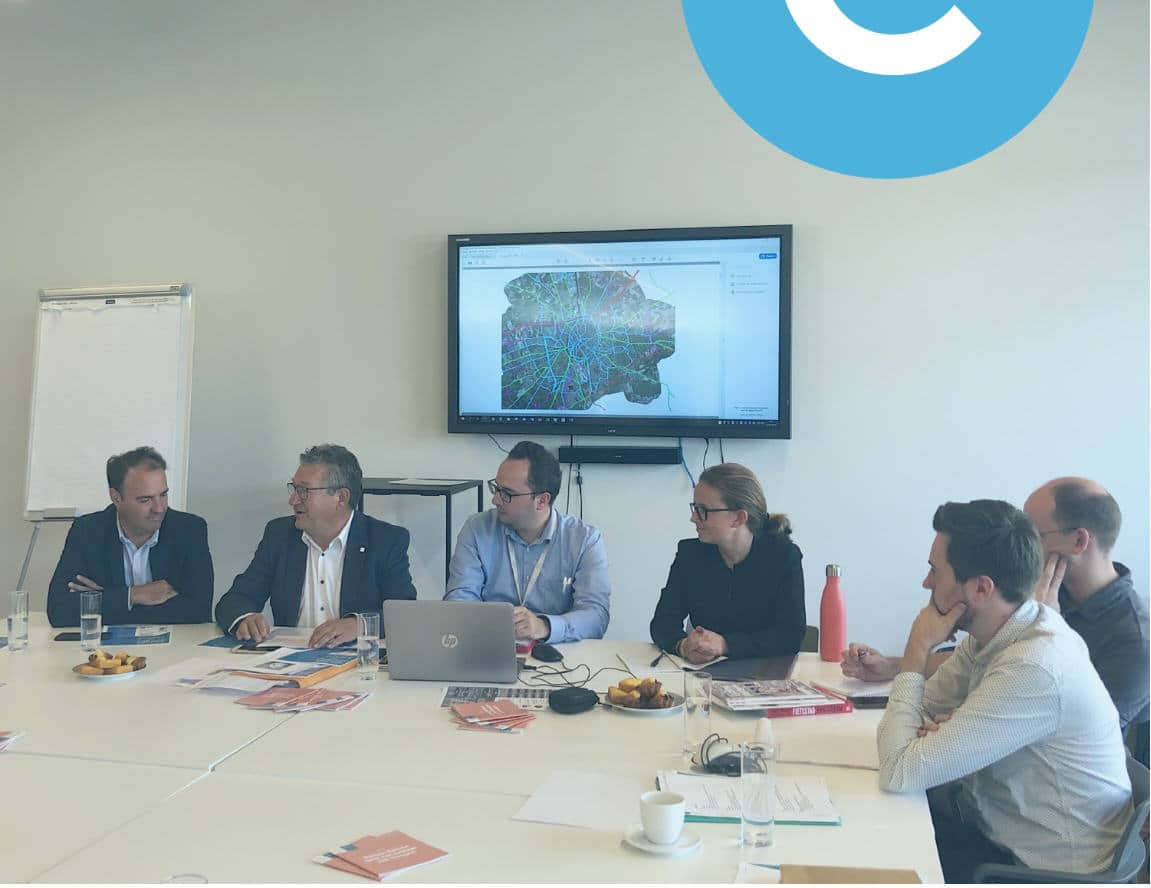 The cargo bike had a great year in 2019. A growing number of cities including Montreal, Copenhagen, and New York announced new cycle logistics hubs to handle first- and last-mile deliveries. And if that wasn’t encouraging enough, news of electric cargo bike sales in Germany outpacing electric car sales sealed the deal in announcing the cargo bike’s arrival as a brilliant tool for urban living. With all this momentum, Copenhagenize is looking forward to continuing work on the EU Horizon 2020 funded City Changer Cargo Bike (CCCB) project.

City Changer Cargo Bike (CCCB) builds on the limitless potential of cargo bikes, promoting their usage among public, private, and commercial users. Through the support of the Horizon 2020 program, CCCB brings together a team of 20 partners From Norway to Greece, the United Kingdom to Bulgaria. Learning from best practice across Europe, the initiative will raise awareness and support the uptake of cargo bikes and cargo bike initiatives. In doing so, we will help foster exciting developments that have a huge impact on our liveable cities, from offering more sustainable logistics operations, improving public spaces, engaging citizens, and reducing traffic congestion and more. 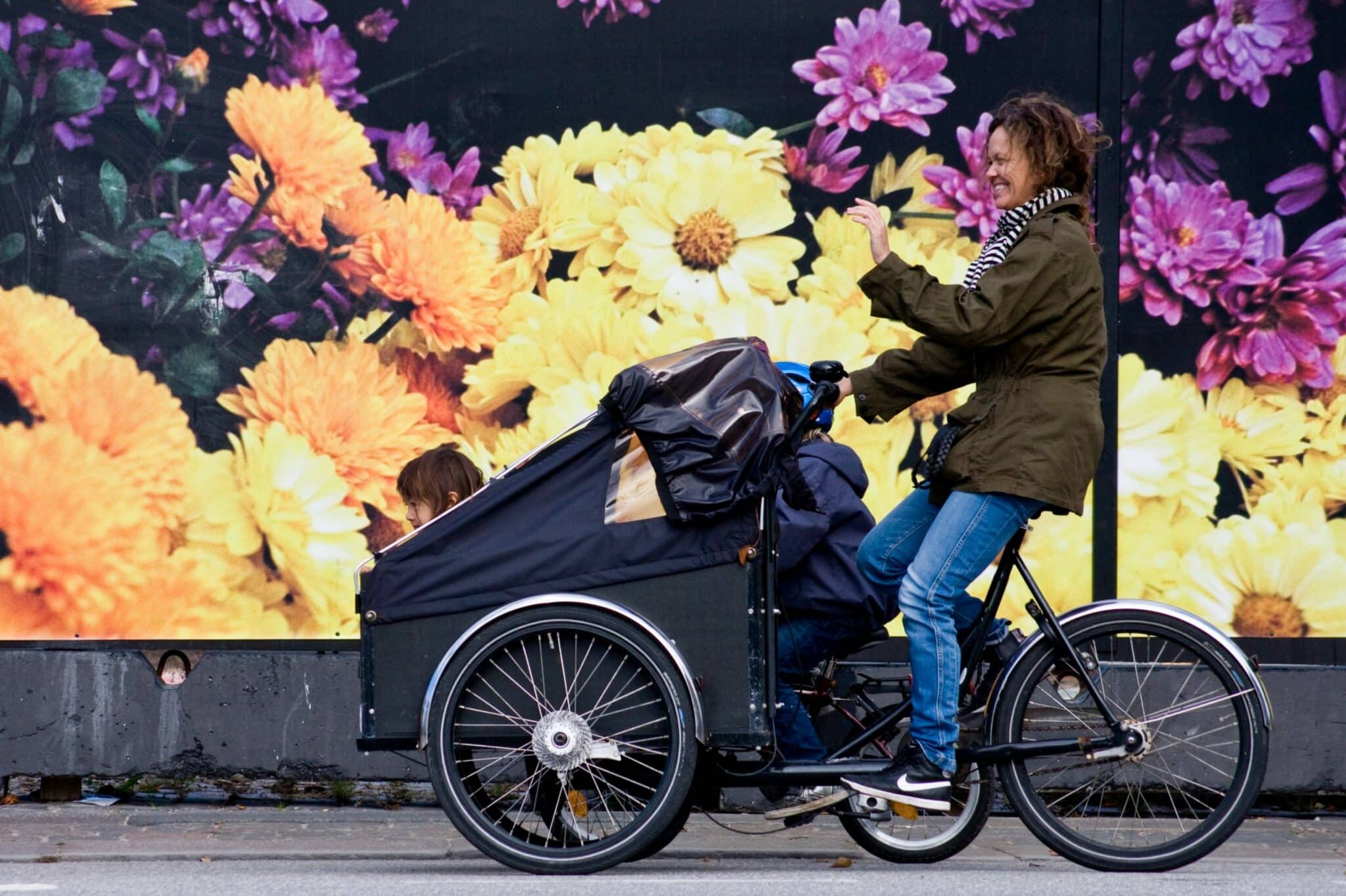 In the American city synonymous with the automotive industry, the bicycle is returning to the urban landscape. In a big way. Copenhagenize Design Co. has been brought onboard to develop a network strategy for Detroit’s greater downtown. Connecting the downtown core with surrounding universities, hospitals, cultural destinations and surrounding neighborhoods, the project aims to introduce a network of protected, connected bicycle infrastructure.

Accompanying the infrastructure plan will be public education campaigns that present cycling in a normative, accessible, and affirmative tone.