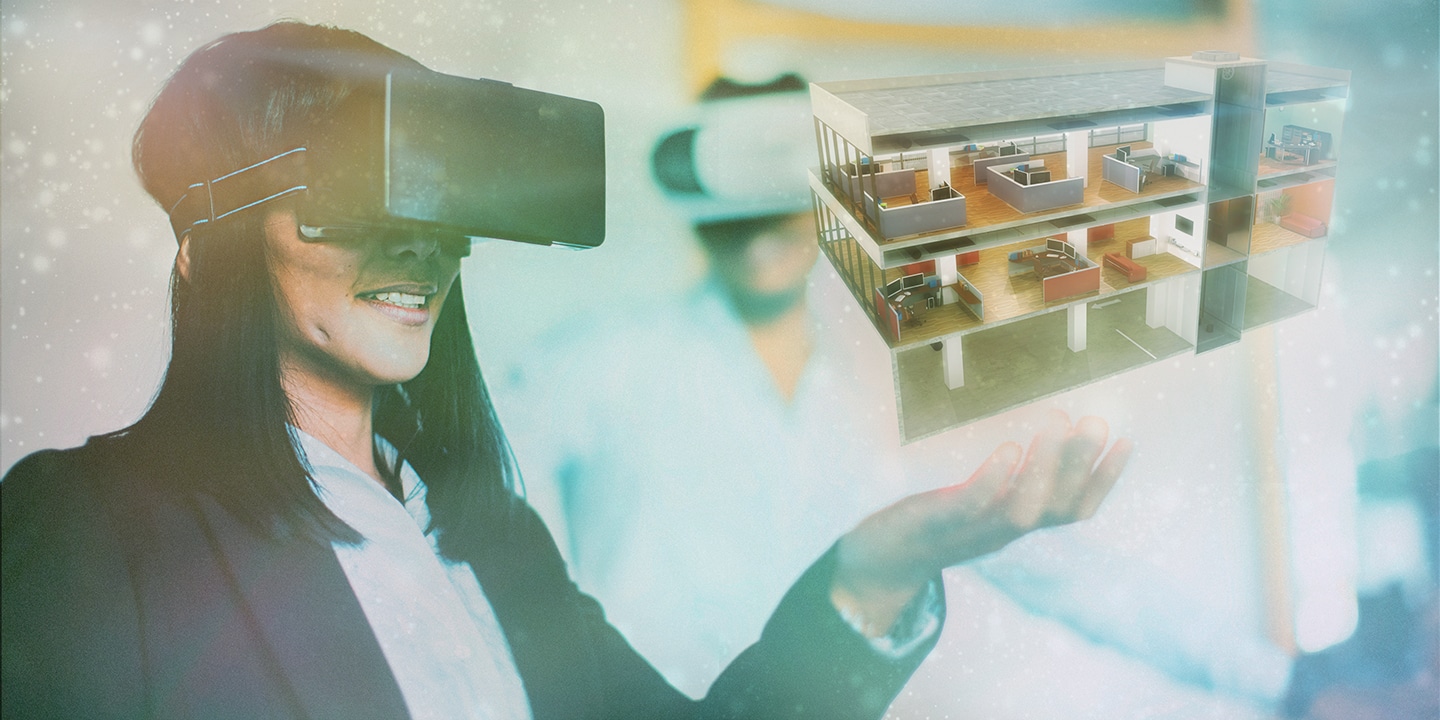 What happens when a 20-year-old student introduces Virtual Reality to an architecture school that hadn’t been aware of its existence or potential? It’s an experience Clovis Flayols, now 22, studying at the architecture school ENSA in Marseille, France, understands well.

Following an interview with architect Yann Pluskwa on his Les Bords de Mer hotel project in Marseille, Pluskwa suggested we speak to Clovis Flayols in regards to the integration of new technologies into the profession. Only 22, Flayols has clearly already made a name for himself.

In 2017, he developed a Virtual Reality scenario for one of the projects that he used for a class presentation; it was the first time his professors and classmates had been introduced to the technology, he said.

In parallel, Paris-based architecture firm NP2F, graduates of the ENSA, won the competition to design the new institute to be built in the city center—which includes the architecture school.

So when the firm discussed the official presentation of their project with professionals at the ENSA, the director pointed them to young Flayols: Have him do a Virtual Reality scenario of the new institute! 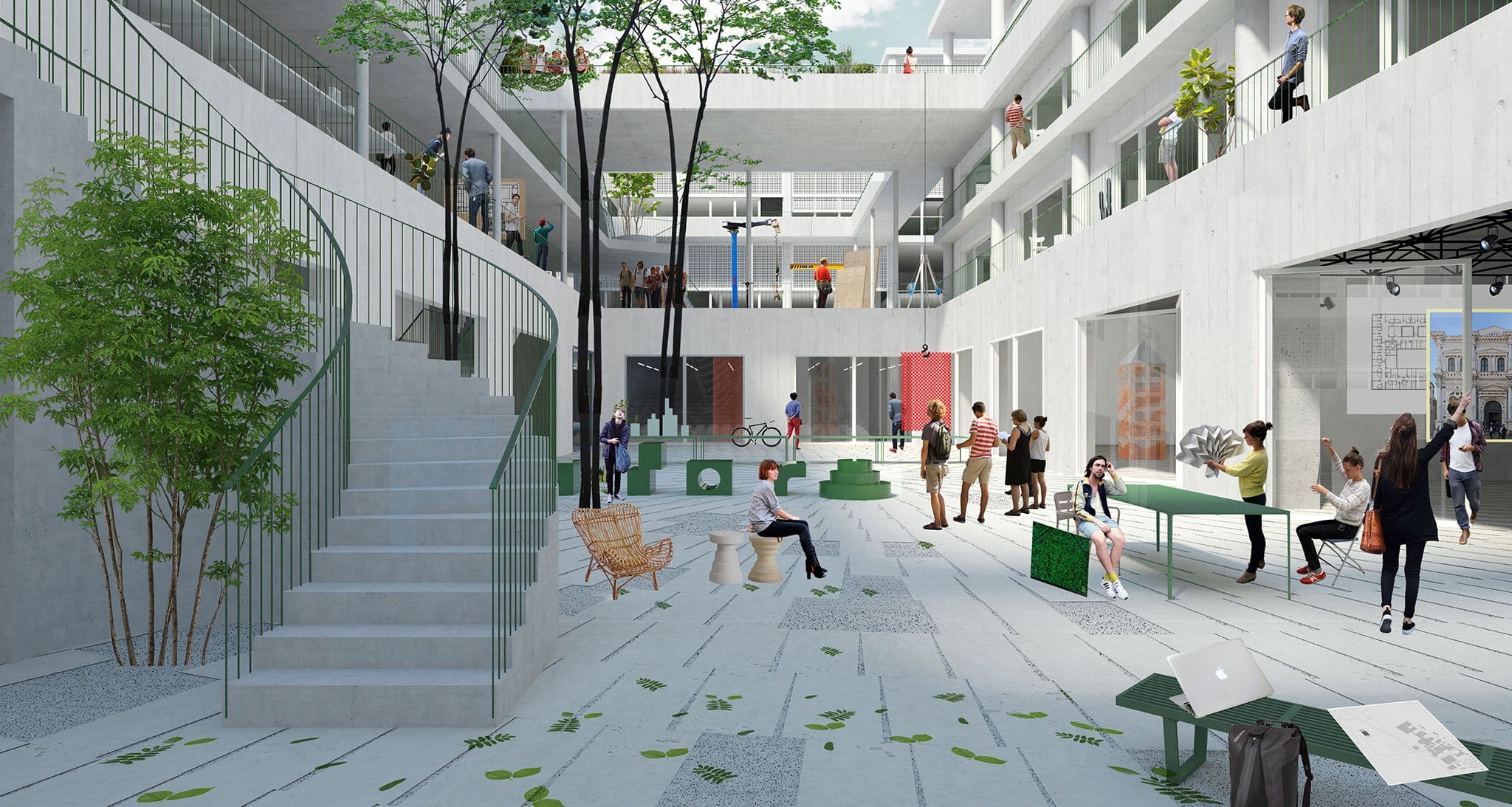 The new institute to be built in the city center, which includes the architecture school, by Paris-based architecture firm NP2F.

The young student watched visitors of the presentation, including the major actors in city development, get transported into the new institute via eyewear.

The school, and perhaps many architecture schools, doesn’t provide any courses on the integration of new technologies—even the hours dedicated to understanding BIM are limited. Teachers actually encourage them not to use technologies such as VR unless they can provide a very clear reason as to why it’s necessary. There are also very few hours dedicated to learning, in-depth, how to use important software like ArchiCad and SketchUp. Many students end up utilizing the software poorly without realizing it, by either developing bad habits or overlooking the full potential of the capabilities of the software.

That’s why, in 2017, Flayols and two friends had the idea to start an association that would bring more information and assistance to students. In 2018, they launched LAB 418 and have since acquired 80 subscribers, a 15€ per year subscription. This fee goes towards the purchasing of materials.

In fact, the ENSA could see the benefit and offered them a grant to help initiate the project; the grant they received allowed them to purchase one computer, and that’s what they started with: one single computer. That’s all it took, anyway. They began offering assistance to students who would come with the problems they faced while using certain software. Now they have several computers, 3D printers and a Virtual Reality kit. 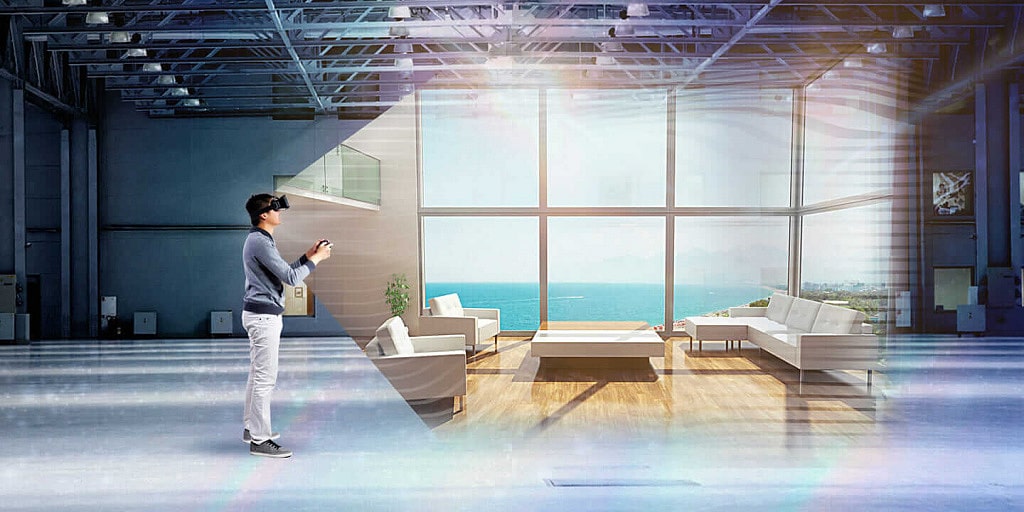 However, he is excited about the new Virtual Reality kits to come next year. These new kits take the technology further by adding an emotional and more realistic effect, giving off the sense of truly being “in” the virtual world. Oculus, for example, will be releasing its new Lone Echo II—delayed to Q1 2020.

Since his integration of VR into the school setting, more students have come to the lab to request a kit. Just last month a student came into the lab, asking to borrow the headset, which means that students are starting to incorporate the technology into their work.

As to providing a very clear reason for using VR in architecture projects, Flayols provides us with not one but two: for presentations to clients, since most of them don’t know how to read a plan and don’t know how to project themselves into the space even with a 3D-printed model, and for the conception of the project, since we can conceive architecture in VR. To exemplify just how important VR is becoming in the field of architecture; SketchUp started incorporating plugins that offer it.

Some architecture firms are using IrisVR.

At Harvard, they’re using AI to generate floor plans. Flayols thinks that with enough data there’s no reason an AI-generated floor plan shouldn’t work, but it won’t have that spark that an architect can bring to the project. Integrating data into software to generate certain aspects of a floor plan, what Flayols called parametric work, has already been a part of the design process for some time—where the software uses the data to calculate geometry, the maximum size of a building and rooms, the surface thickness of glass necessary to maintain a specific temperature, etc. He believes that AI could possibly facilitate this parametric process if used correctly.

Many cities have already transitioned into a smart city, such as the leading example of Barcelona—who will hold the Smart City Expo World Congress in November 2019—, and Marseille is no different.

Flayols attended the Forum Smart City held at the Palais du Pharo in Marseille in 2018, where he met representatives of Eiffage Construction.

As an extension to the city’s Euroméditerrannée perimeter, which has already received the label EcoCity and promotes the notion of social, energy and architecture innovations in cities, Eiffage Construction is working on the development of a new neighborhood called Smartseille.

The company is entrusted with the demonstrator island Allar, a plot of 2.7 hectares where it will implement new modes and constructive processes to reduce emissions. Eiffage Immobilier is designing this new eco-neighborhood using Phospore, a research laboratory for sustainable urban development.

Inhabitants of Smartseille will have access to wifi, phone, TV and a smart access control connected to a tablet and smartphone from which they can welcome visitors, as well as an intranet which will serve as a social link between them. The intranet will also function as an exchange platform with an e-concierge. A set of cameras installed in Smartseille acts as a video protection system connected to a security company.