Home » Interview. Homebound Due to the Coronavirus Outbreak, Architects Use AI Software to Progress

Interview. Homebound Due to the Coronavirus Outbreak, Architects Use AI Software to Progress 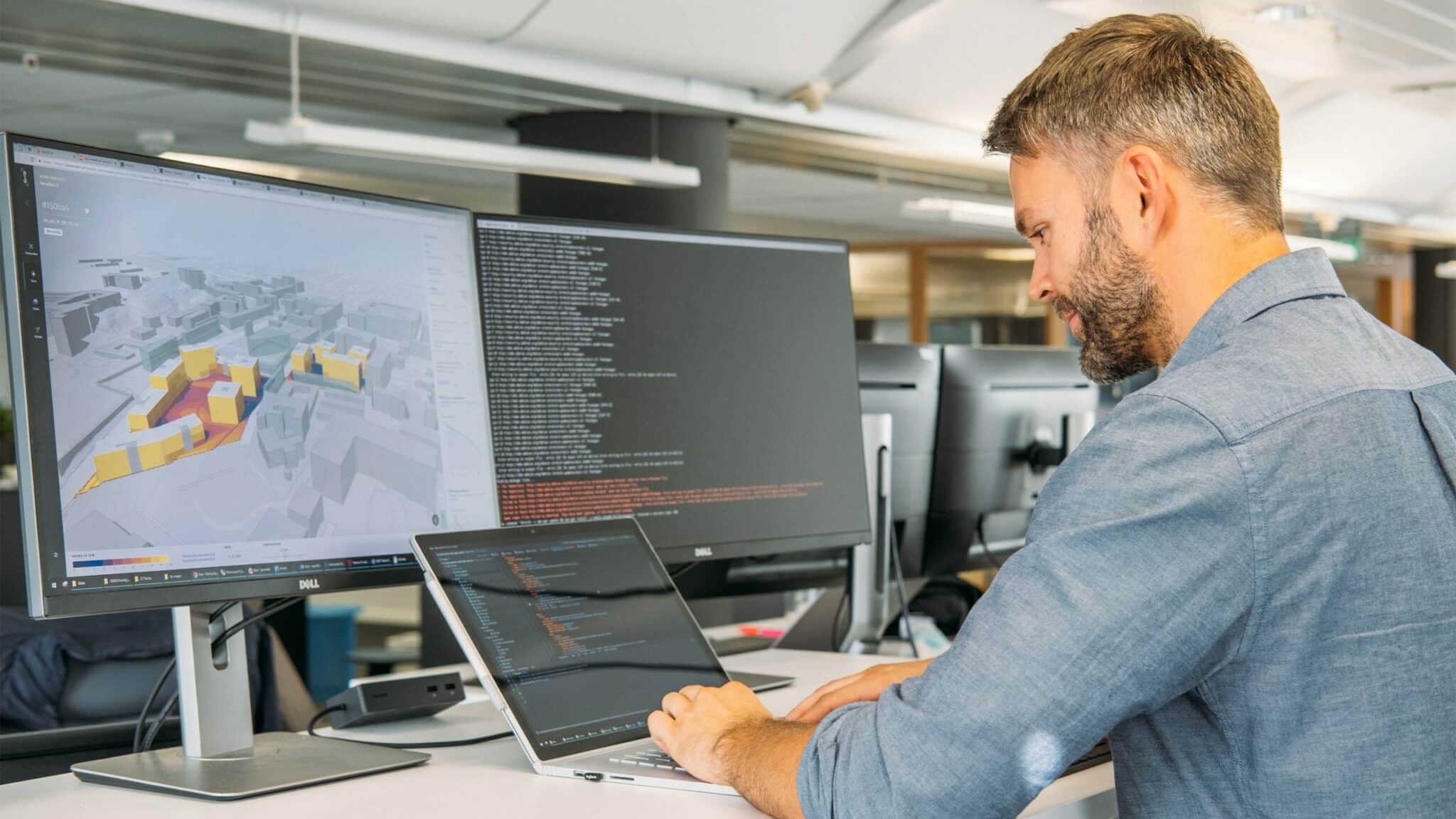 This photo shows the software in use; although this shot was taken in an office, many architects are currently working from home. Courtesy of Spacemaker

The coronavirus outbreak isn’t halting some architects from plunging ahead on early-stage design concepts. In fact, Norwegian company Spacemaker has seen an increase in the use of its software since lockdown took place in European countries. Find out how its AI-based software is not only a solution in times of crisis but for the future of design.

Many countries in Europe are currently mandating either semi or total lockdown, forcing citizens to remain at home. Before the outbreak, certain companies were already allowing employees to work from home but many companies were still resisting the home-office trend—excluding industries in which it is impossible. Now, companies who can enable home-office are finding it’s the only way to maintain progress.

We’re undergoing an interesting time in history, where Artificial Intelligence and Robotics are pulling through as essential tools. As many professionals are homebound, it’s the perfect time for Artificial Intelligence (AI), which has already taken over a number of industries and disciplines, to spread faster in the field of Architecture.

Although the use of AI in architecture is still in its infancy, a few companies are providing AI-tech solutions for project design.

Spacemaker, for example, has developed a game-changing AI technology that helps users discover smarter ways to maximize the potential of a building site. Users can generate and explore a multitude of site proposals for which the software provides a detailed analysis. The software is also a platform for collaborative workflow among architects, engineers, real estate developers and municipalities.

“We developed a self-service software for our subscribers. The users are experts—the architects, urban planners, engineers—, already working on urban projects. AI will never replace these experts, only help them complete their tasks quicker,” Spacemaker CEO and cofounder Havard Haukeland told ArchiExpo e-Magazine in an interview via video conference.

As most mistakes occur during the early stages of building design, only to be realized six months down the line or during construction, the software focuses on that phase. The original version relied perhaps too much on AI technology, according to Haukeland; users would plug in the details of their needs and the software would provide smart proposals, making it less flexible for the creative mind of an architect.

“Architecture and the exploration of design is about collaboration and using intuition, which cannot be handled mathematically. For our second version of the tool, we decided to combine architecture intuition and artificial intelligence. AI becomes a proactive support without running the show, so to speak.”

The first version had only been available for six months when the team at Spacemaker expanded the product, doubling the amount of code in eight weeks to combine data automation with AI-driven design, real-time analysis and a collaboration platform. The software is also made compatible with other drawing tools such as ArchiCad and Rhino.

“[When we published our second version], we really saw a major increase of use. We’ve also found that users tend to start with our software first, then move to drawing software because [ours] is more specific and it’s easier to set up a site—the software can generate a 3D model in several minutes.”

We’re still at the beginning of the journey, according to Haukeland. Riding the AI wave in all its excitement is precisely the moment to take caution. We can get too distracted by the amazement of AI, he said.

“We need to put importance on the customer value of technology instead of saying AI should be used for everything. If we dedicate our work to the opportunities of AI, we might miss the real objective: helping people.”

“Our software will continue to evolve but we will focus on the end user’s needs.”

At the current moment, the Spacemaker software is a hybrid AI system—using AI to manage workflow and generate faster results while maintaining human intuition. The company plans on building new products in the future to be more dedicated to the value chain and mix-use projects such as offices, hospitals and schools. At this time, its software is mostly used for residential projects often located in urban settings. Architects and urban planners are the main user types, exploring design options the software generates that meet city requirements and client needs, such as avoiding noise pollution from traffic.

Architecture professionals embracing AI software are several steps ahead of those who don’t, according to Haukeland.

Read a similar interview we published recently: “AI Software by Habx Generates Personalized 7-minute Floor Plans“. Both Habx and Spacemaker are a part of the Intelligence Artificielle et Architecture exhibition in Paris, currently closed due to the coronavirus outbreak. The video below is in French only.