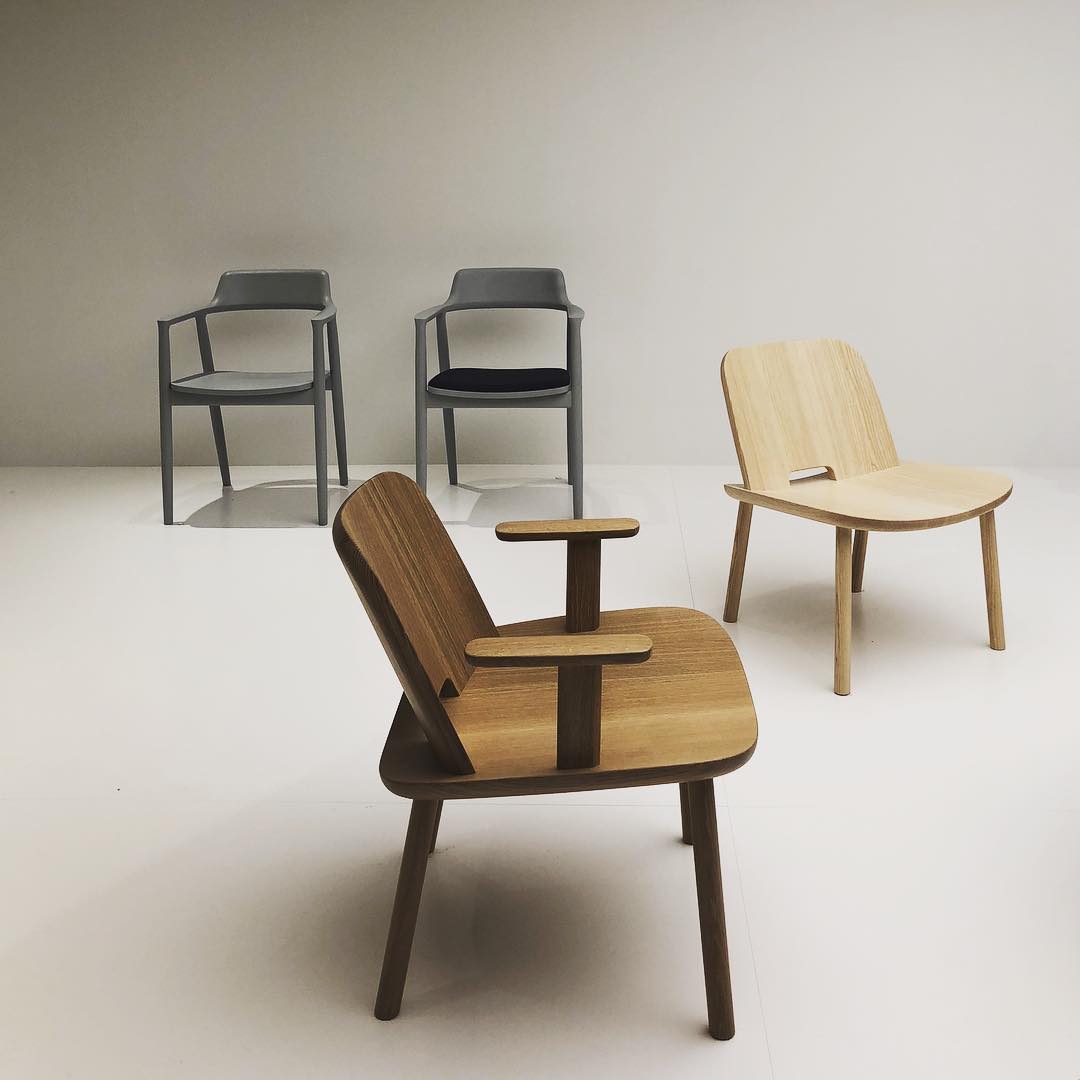 Milan 2018—Japan’s reputation for high-quality design derives from its success in producing human-centered objects and projects, holding technology to its role in improving the environment and everyday life. Japanese furniture manufacturer Maruni Wood Industry, whose fascination for the mysterious properties of wood brought about a rich heritage of traditional crafts and skill in working the material, invited Jasper Morrison and Naoto Fukasawa to add new products to the Maruni Collection, first released in 2008. These pieces, among others, act as guests to the company’s 90th-anniversary celebration where the guest of honor is the Hiroshima armchair, a limited model made of plain beech and deep blue-green velvet. 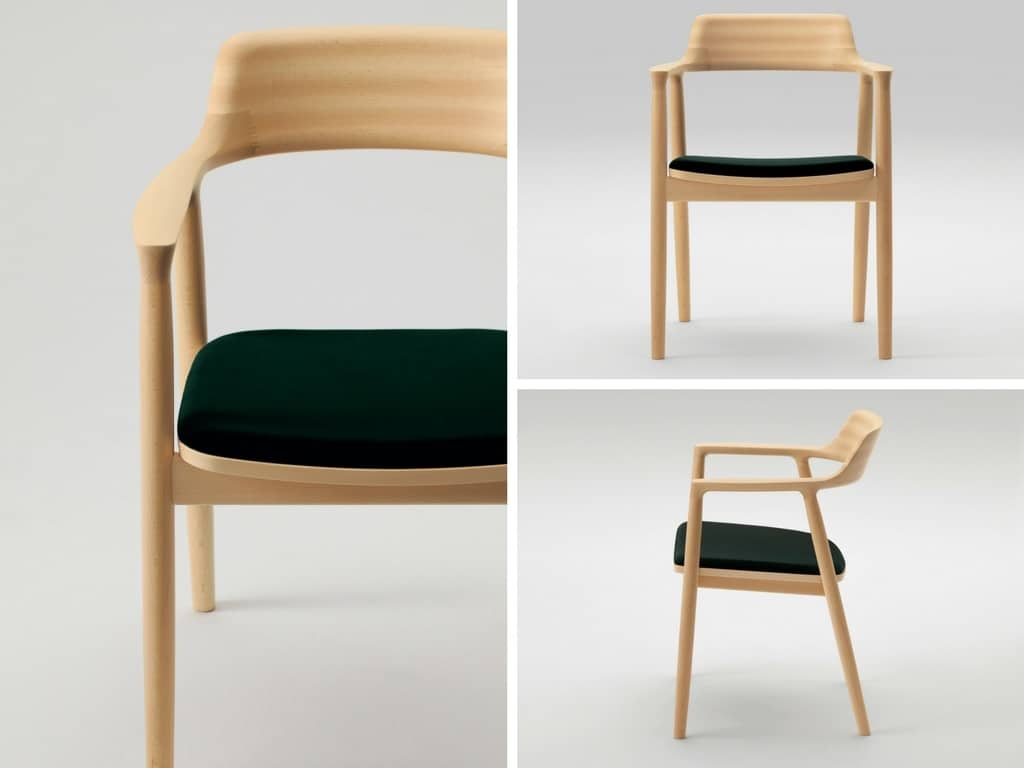 The Hiroshima armchair brings us back to the company’s foundation. CEO of Maruni Wood Industry Takeshi Yamanaka spoke to ArchiExpo e-Magazine about the company’s long history.

“My grandfather’s oldest brother founded the company. He’s from Miyajima island in Hiroshima where there is a shrine in the sea that wooden carpenters from all over used to visit and replicate with little carved structures. He grew up on this island and that’s why he loves wood and everything that is wood bending.”

In the one Maruni Wood Industry factory, craftsmen put Japanese production techniques to work with ten varieties of wood. Although the company has already proved it stands the test of time. Yamanaka said they are looking ahead and preparing their 100th year anniversary which will take place in 2028.

“We want to make furniture that lasts for centuries. We want to become a world standard.”

Maruni Wood Industry art director and industrial designer Naoto Fukasawa has seen and been part of the evolution of the company’s identity for ten years.

“The style of the product was a little old in 2008. I was invited to be the art director and change the vision of the company for the future to include new technologies.”

Fukasawa spoke about the soft curves of his Roundish Arm Chair—when sitting in one, it makes you feel like you’re being comfortably hugged. Fukasawa also designed the Hiroshima armchair and the Hiroshima bar stool high. 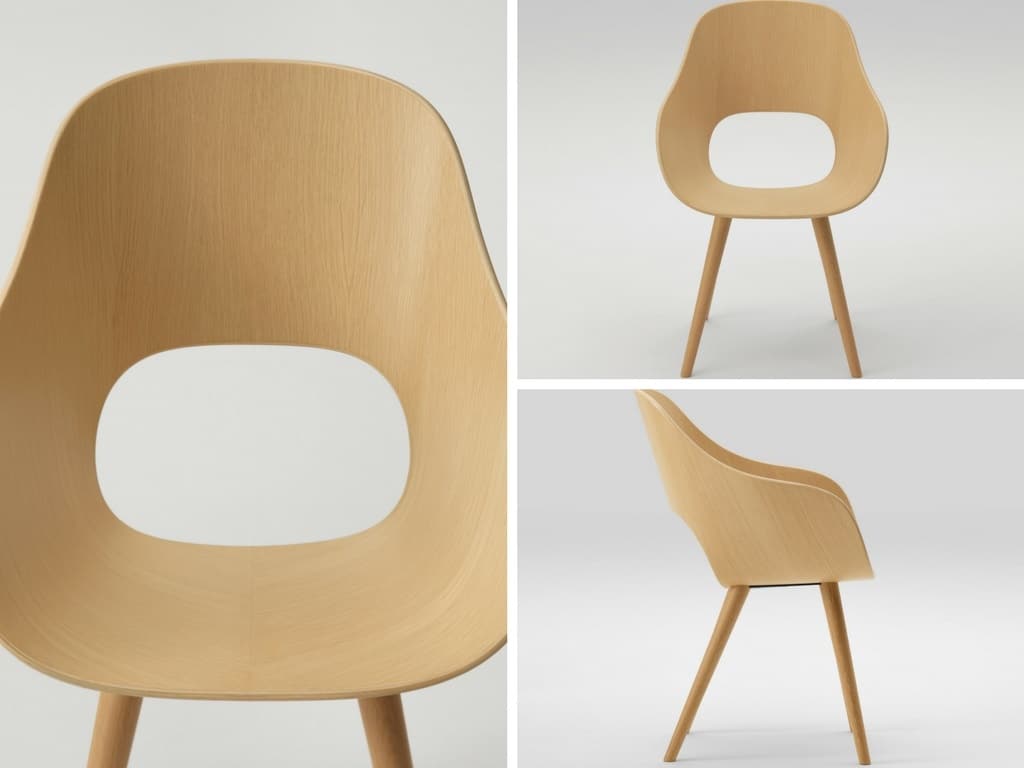 Jasper Morrison has been working with Maruni Wood Industry for many years. In fact, his connection to Japan is rather an emotional attachment. He explained that his original attraction to Japan came when he was a design student. A first for two—visiting the country and owning his first camera—Morrison couldn’t get enough:

“I’ve been living [in Japan] on and off for 11 years. It just grows on you. I’m still discovering things, it’s a special place.”

In our interview with Jasper Morrison, he spoke about the wood variations used for his Fugu personal chairs—oak and ash. Ash is lighter with a contrasting grain; oak is darker with less contrast in the grain—interior designers and homeowners will always want options. Morrison also designed the T&O round bar table, the T&O T3 bar stool high and the T&O T1 chair. 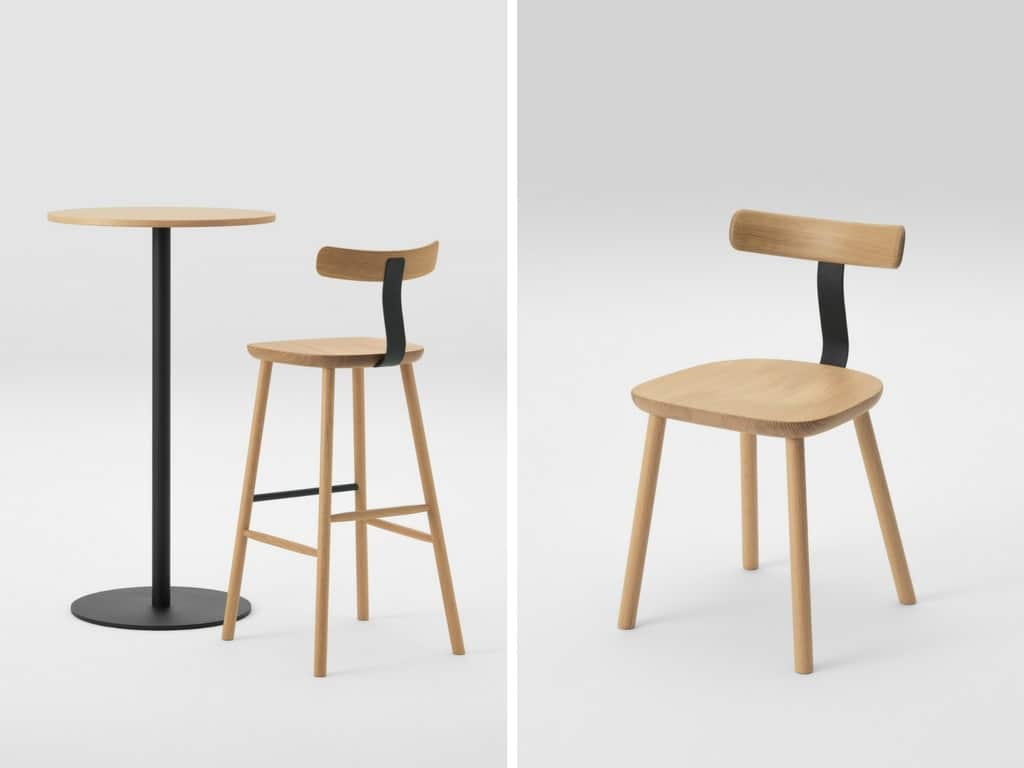