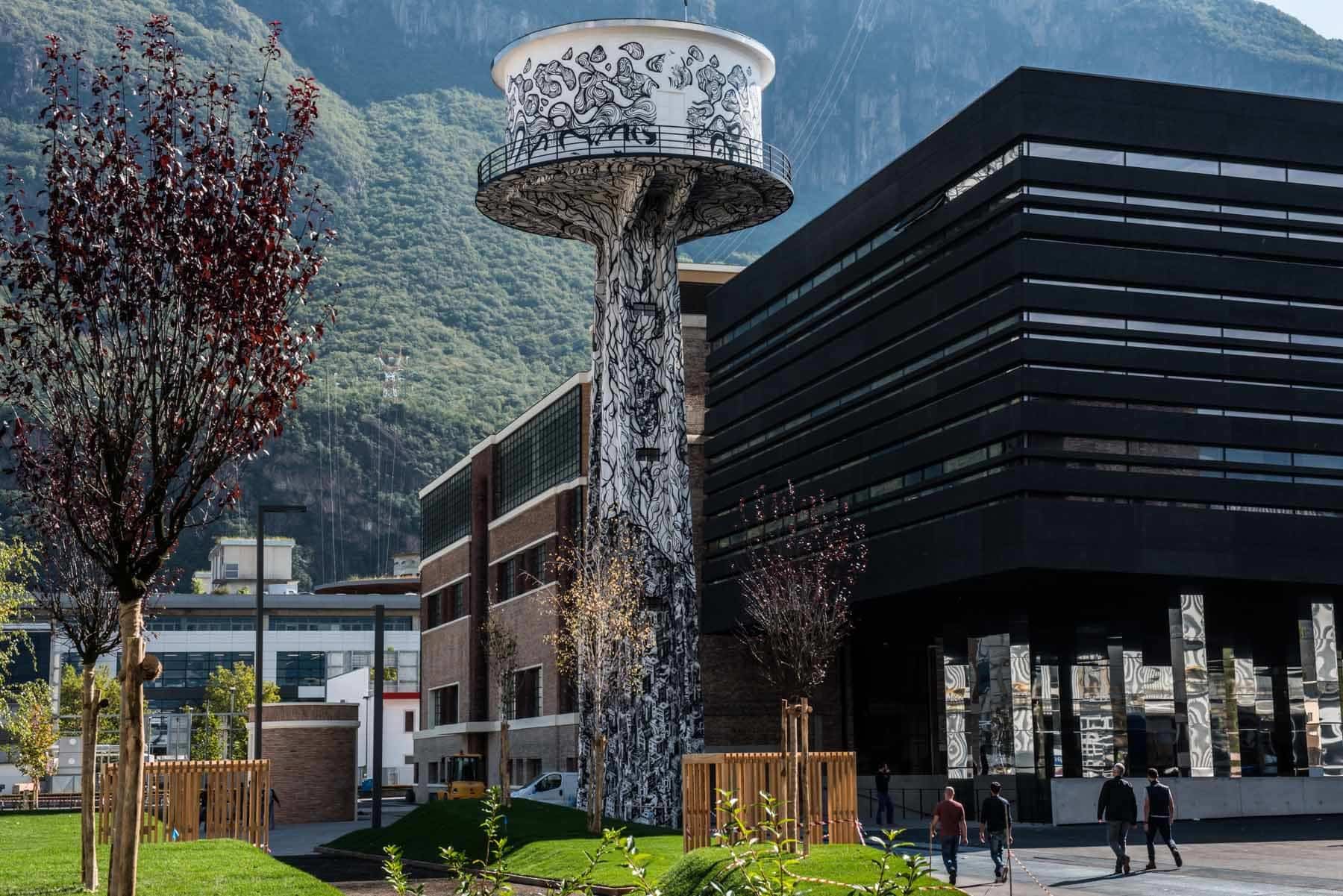 Bolzano, Italy—Claudio Lucchin & Associated Architects and the Italian studio of the Chapman Taylor group restored the once energy-hungry aluminum plant Alumix, transforming it into NOI TechPark: The first project in Europe and the second in the world to receive a Leadership in Energy and Environmental Design (LEED) ND v4:Plan GOLD certification, which certifies zero impact on the surrounding natural area.

The entrance to the NOI Techpark is a building called Black Monolith, which is covered with photovoltaic panels and sheets of dark aluminium foam; it seems to be a touch of recollection to the old Alumix of Bolzano industrial complex, a historic aluminium factory which was built on Mussolini’s orders in 1937.

Opened at the end of 2017, the NOI TechPark is a public-private partnership, supported by a 120m EUR investment by the Autonomous Province of Bolzano. Located on the German-Italian border region of South Tyrol, it houses four Research Institutes, four Faculties of the University of Bolzano and 30 Laboratories staffed by innovators and researchers from 70 countries from around the world.

Living up to its tag as a world-class LEED green project, the site houses companies studying, designing and building green technologies. The site excels in five sectors which form the heart of this European technology park – Green, Alpine, Food, Digital and Automation – and has been chosen by companies such as Leitner, Maccaferri, and Microtec. Part of Eurac Research, terraXcube exemplifies the site’s interests. terraXcube is a climatic chamber which simulates the most extreme climatic conditions on the planet in order to study their influence on mankind, on ecological processes and on technology.

The NOI TechPark will open a childcare facility for workers and companies in September 2019; in 2021, the Eurac Research Biomedicine Institute will enter the NOI TechPark followed by Unibz’s new engineering faculty in 2022, with new expansion modules to be built in due course.