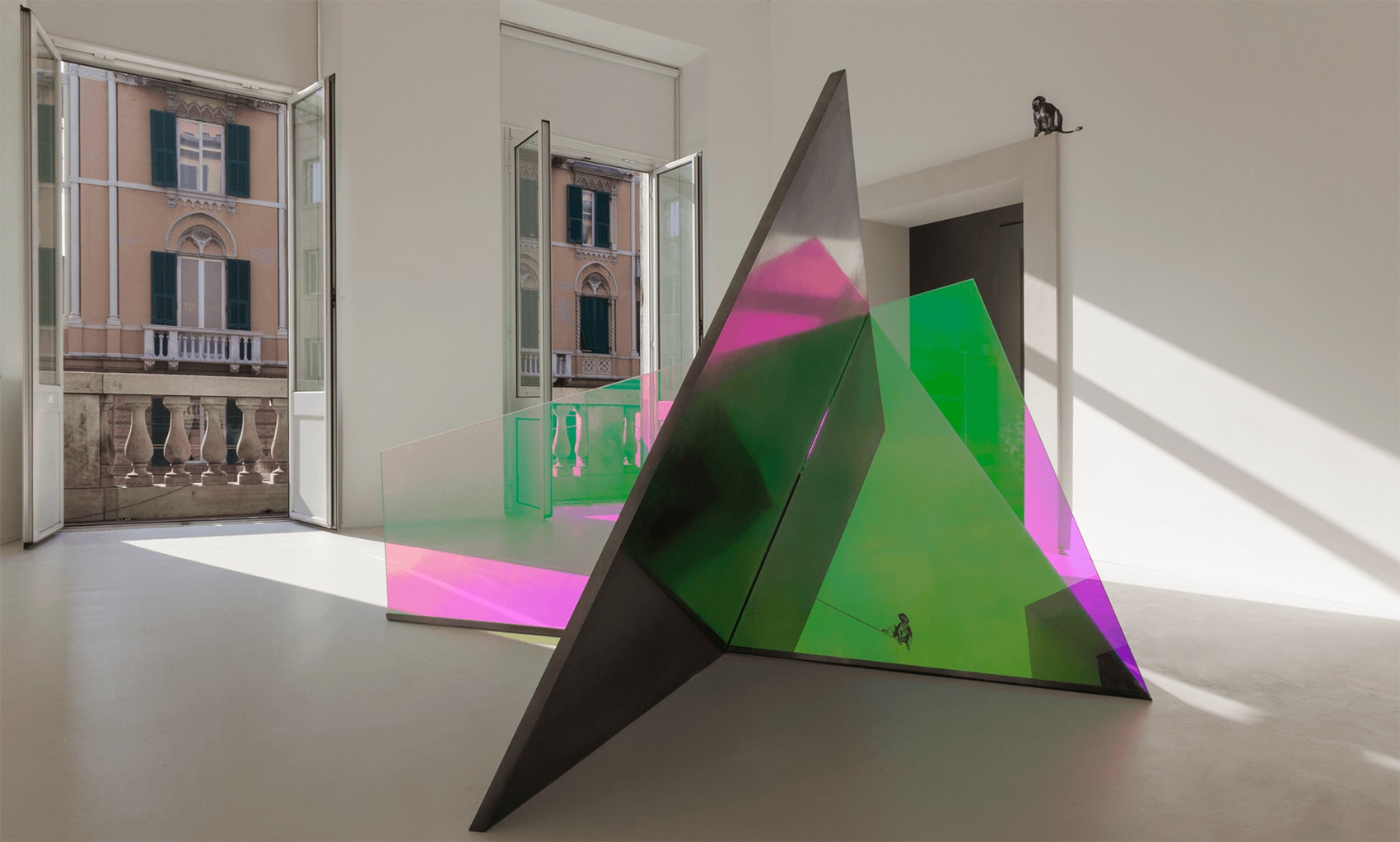 The lockdown to fight against the spreading of the new coronavirus has already been presenting challenges for artists as they advance in their projects. While they navigate these challenges, they keep their heads high by creating new avenues of creating and sharing.

Schools in Italy closed on February 22, and the country has been on official lockdown since March 5. In Milan, artists are still allowed to go to their art studios to work, but those who have families with kids don’t have it made so easily.

The country has also been seeing a negative economic impact on Italian companies, notably materials manufacturers, so in addition to adjusting to a new schedule and time frame, some artists have been having a hard time purchasing materials from companies with whom they’ve worked for years. Some have had to take their families elsewhere, leaving their studios behind, with only the materials they were able to transport.

The Purchase and Delivery of Preferred Materials

Artist Matteo Negri has been preparing for an exhibition in a city just outside of Milan that was originally scheduled to open the first day of May but has been postponed to May 31—an exhibition which is most likely to be postponed considering the cancelation of the trade fair Salone del Mobile, pushed from April to June and now canceled.

The coronavirus situation has changed how the artist has had to function. It’s difficult to manage his time because he and his wife have four daughters at home.

“In the morning, I’m the teacher.”

Beyond time, the main problem he has been facing is with materials. The artist works mainly with aluminum sheets and aerosol spray paints, handcrafting his sculptural paintings on which he tops with a film coating. He needs specific materials and has been working with the same professionals for a long time. Some of the companies he has worked with are now closed, either momentarily or eventually for good—who knows?

“We have to make new arrangements. Now, I decide what to work on depending on who’s available and how they function. [A project can be] more expensive to complete because if I want to have another treatment for my aluminum sheet, I have to pay a special transporter to have it sent to the factory.”

“There are factories that have had to close entirely for four months due to coronavirus cases so we have to change the people we work with. The CEO of one enterprise I work with, for example, is in the hospital and we don’t know what will happen.”

Bringing Artists Together During Lockdown

The situation has brought artists together, though. Matteo Negri co-founded a small group of artists called Super Giovane that uses Instagram and an online page to share their works and connect. They’d originally planned events from March to June but had to postpone them following the outbreak.

“The global feeling is that we don’t want this to stop us so we try to keep the distance small by connecting on Instagram everyday at 6pm: The project is called THE SUPER CALL. It’s to ask each other how we’re feeling and to engage the artists, to see if the period is changing for them and how they think their work is going and if they want to have us share it on our website and instagram.”

Matteo Negri feels the current situation is already impacting his art in a way that reconnects him with reality—colors, surfaces, earth, the sun, the sky and light. He also sees the industry itself becoming more humane.

“Gallerists are asking more about how I am than questioning my artwork. It’s the same for me. We’re all in the same boat, so we’re becoming more humanly connected. I think it’s good because we’re not just business.”

Argentinian artist Alex O has been based in Milan for 18 years. She was preparing for two exhibitions, one of which was postponed, although no event is secure for the year of 2020.

As events are being postponed or canceled, artists can juggle the kids at home and still manage to work in their studio for the most part.

“I was driving my kids to Como so my mother-in-law could watch the kids and back to Milan to work in my studio,” Alek told ArchiExpo e-Magazine in a phone interview.

That solution was working fine until officials closed all passing from one province to another. Alek packed her bags, taking what materials she could, and drove her family to Como where she’s been for two or three weeks.

“I’ve been working with embroidery because it’s easier to keep this material at the house. It also makes me think of housework.”

The heavier, bigger pieces the artist had been working on before relocating will have to wait. For now, she’s been transforming unwanted objects she finds around her in Como into something else, including models that she can bring to life in her studio later.

“Architects use models, but I’ve never used them so much. I am now, though, I basically have to.”

With events closed and everyone in confinement, artworks can only be shared through digital replicas. Alek has been receiving more invitations for digital contributions than ever before. 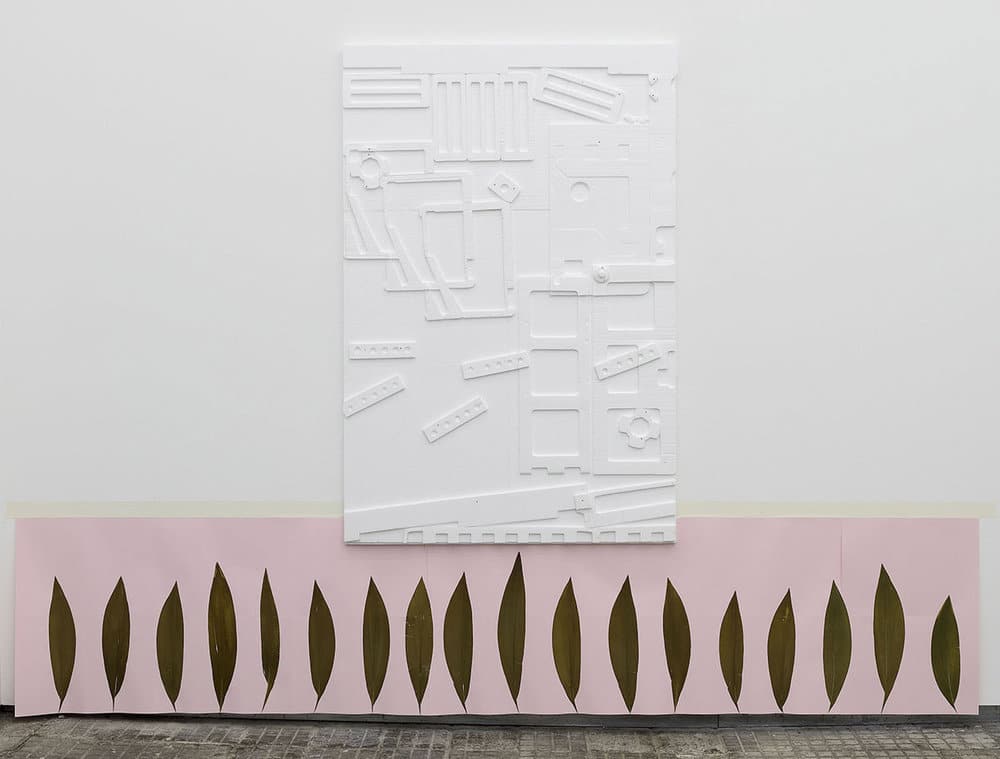 The artist and her partner Santo Tolone, both represented by Frutta Gallery, bought an old bakery in the Acquabella neighborhood of Milan. They plan on reconstructing it into their home and studio, but they’re organizing a group art project to take place in the space before construction begins. The event will most likely take place next year but it’s too soon to give a precise date.

While events continue to be postponed or canceled and everyone remains indoors, the couple have more time to organize their project. They’ve already secured the space since it belongs to them.

“Before transforming the bakery into our house and studio, we want to open it to the public.”

It will be the first group art project they’ve organized in several years. These kinds of projects allow them to reach out to other artists and invite them to participate.

As we all continue the year, hoping for the coronavirus situation to simmer down soon, Alek reminds us not to panic.

“It’s the time to resist and rethink. While we can’t do much, don’t worry.”