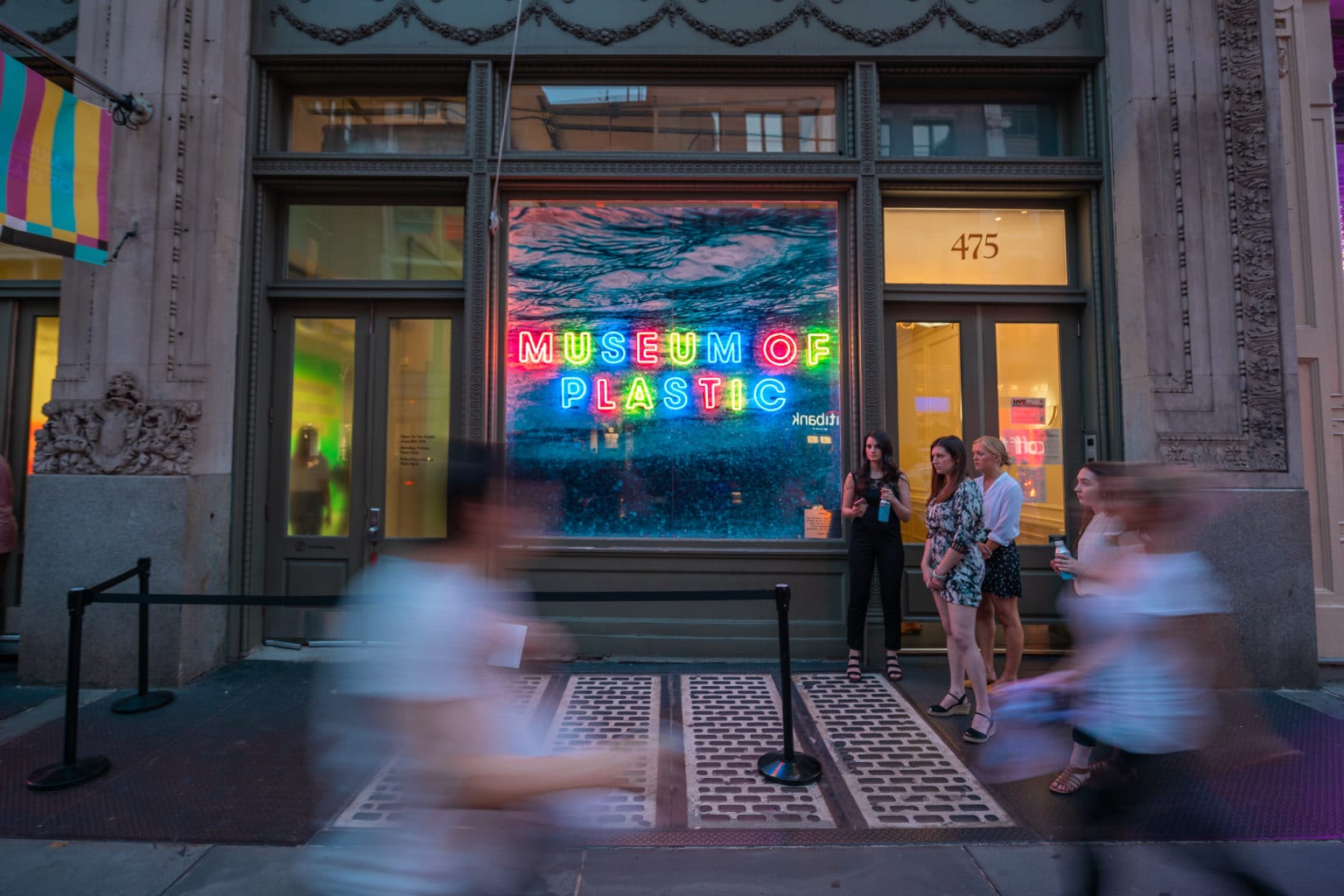 Courtesy of Museum of Plastic

This article was written by the press agent of Lonely Whale in preparation for our Facebook live interview with the Emma Riley, Sr. Director of Creative Strategy for Lonely Whale, on the company’s mission, its ‘Question How You Hydrate’ campaign and how the Museum of Plastic as an innovation in art, design and architecture.

In 2019, Emma Riley spearheaded the launch of their second impact campaign, Question How You Hydrate, aimed at reducing the use of single-use plastic water bottles through unique integrated communication and marketing efforts, including the organization’s fifth scripted PSA and the touring, experiential and virtual Museum of Plastic attracting thousands of visitors. The pop-up museum is the experiential tentpole of Lonely Whale’s Hydrate campaign.

It has been documented that 500 billion plastic bottles are used around the globe annually, that they are among the top five items found in beach cleanups and that, by 2022, consumers are projected to spend $200 billion on single-use plastic water bottles.

WATCH: NeoConnect 2020 webinar: From Ocean to Office, a New Path for Plastic

The Museum opened in NYC during World Oceans Week, welcoming 10,000+ visitors over six days, and again during Miami’s Art Basel, earning 21M+ social impressions with notable appearances from DJ Diplo, Brazilian actress and model Adriana Lima, and designer Heron Preston. The activation told the origin story of the plastic water bottle, and ways that visitors can make a difference in solving this problem. The Museum plans to host more pop-ups around the world, once COVID-19 restrictions are lifted.

When visitors entered the Museum, they were greeted with the Plastic Service Announcement (PSA), featuring Jason Momoa, Zooey Dechanel, Vic Mensa, Aidan Gallagher and other celebrities committing to giving up single-use plastic water bottles. Interactive experiences included an immersive coral lounge, speaking to the sensitivity between coral reefs and plastic pollution; an installation illustrating the difference between a plastic-polluted ocean and an ocean free from plastic; and information outlining sustainable alternatives to plastic water bottles.

The exhibition helped visitors understand, in detail, the size of the problem with statistics pulled directly from the plastic water bottle manufacturing industry. As visitors left the Museum, they too joined the #HydrateLike movement by pledging to no longer use single-use plastic water bottles.

In 2015, Emma Riley launched the award-winning Lonely Whale, an incubator for courageous ideas that drive impactful, market-based change on behalf of our ocean.

In her current role as Director of Campaign and Creative Strategy, Emma Riley is a senior strategist focused on building cross-industry and cross-culture partnerships while spearheading radically creative and collaborative efforts and campaigns that strengthen Lonely Whale’s global presence and conservation impact.