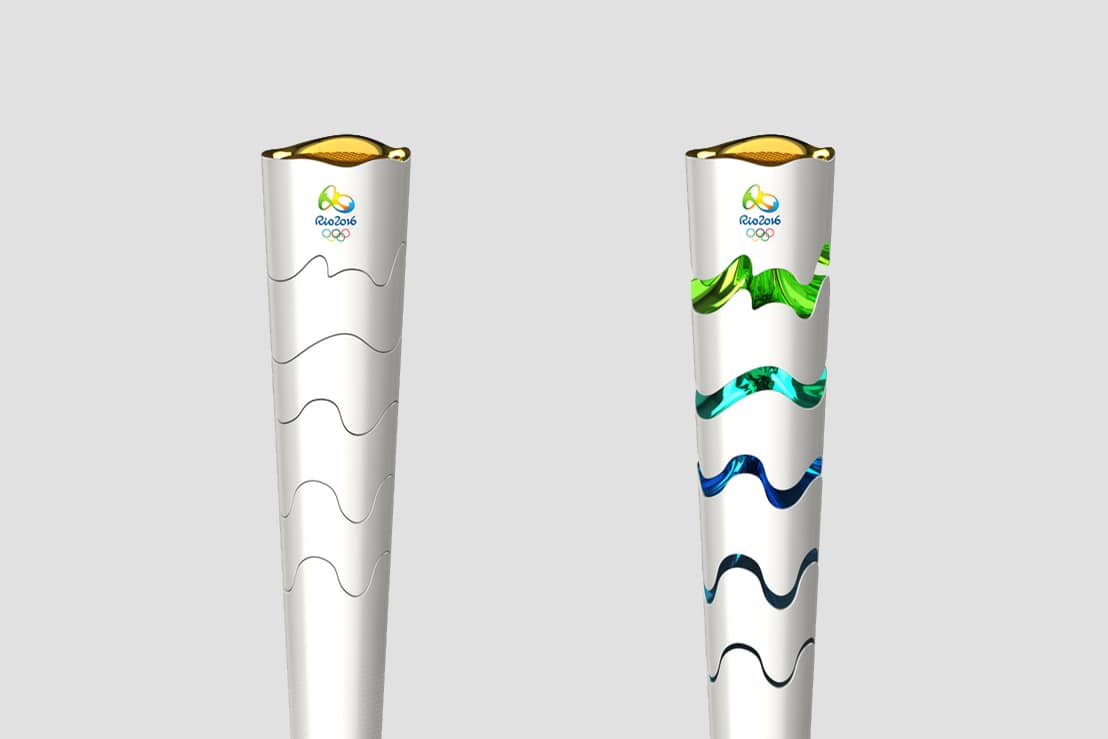 In competition with 76 other design agencies, São Paulo-based studio Chelles & Hayashi won the task of designing the relay torch to be used during the Olympic Games. They responded to the responsibility of representing national identity through design by creating a torch that exemplifies Brazil’s diversity.

The torch is made up of several pieces of recycled aluminum, and its polished look can be attributed to the layer of opalescent epoxy resin coating the surface. The object, manufactured in Barcelona, remains unique due to a particular device that allows a vertical expansion when passed on during the relay:

When handed to the next participant, the torch elongates 63.5 cm to 69 cm, exposing a rainbow beneath the spreading sections. Reminiscent of the flame in ancient games, the colors refer to Brazil’s exotic landscapes. An extra-special feature entails an installed camera to capture the experience along the journey. 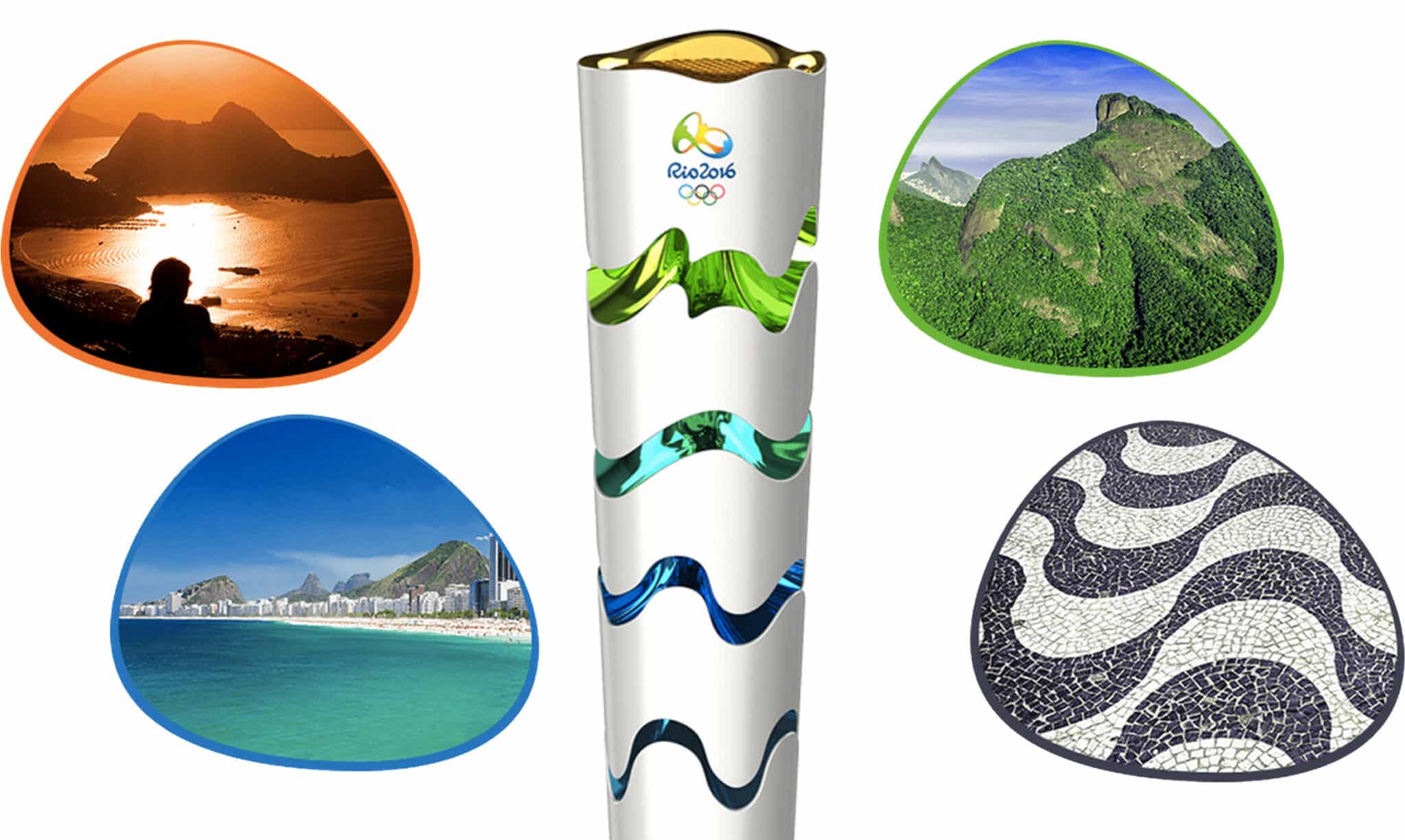