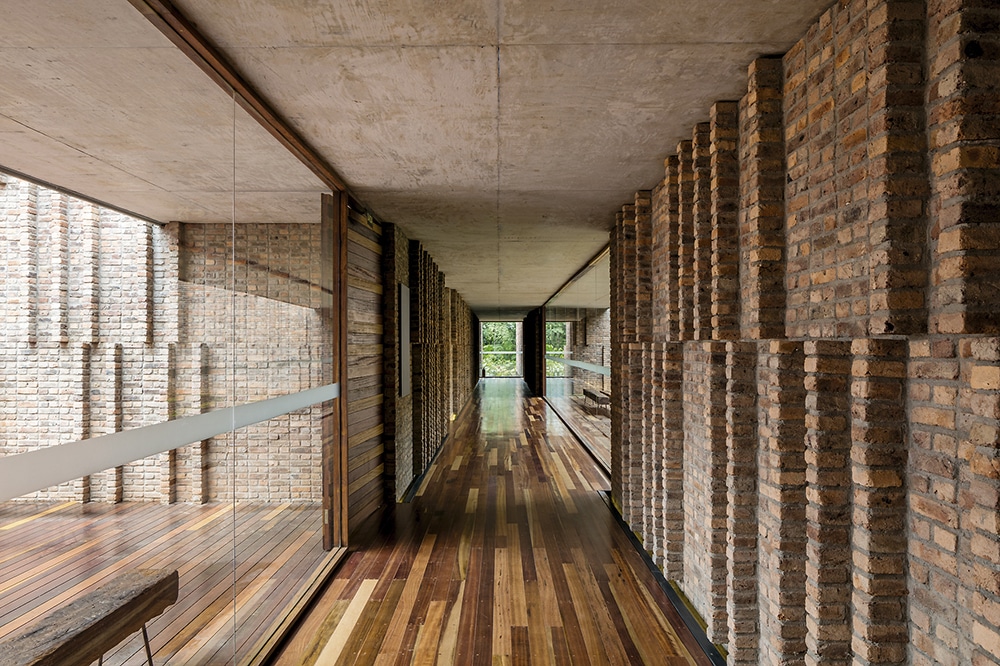 At the end of 2015, Instituto Inhotim opened its 19th permanent gallery, which is dedicated to the work of photographer Claudia Andujar, born in Switzerland and based in Brazil since the 1950s.

Sponsored by Spanish bank Santander, the 1,600-square-meter pavilion is divided into four independent blocks, and will be the second-largest pavilion inside this combination of a giant park and an open-air museum. It contains a display of over 400 photographs taken by Andujar between 1970 and 2010 in the Brazilian Amazon rainforest and features the Yanomami indigenous people. Andujar lived in their region on more than one occasion and has returned several times since. 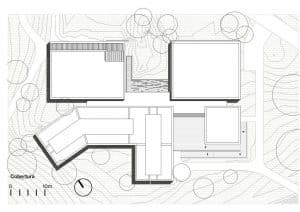 The building was designed by Arquitetos Associados, a company of architects from Belo Horizonte, the capital of the state of Minas Gerais where Instituto Inhotim is located. According to project leader Alexandre Brasil, there were no obvious preconceived references when they began discussions over the first draft in 2012. The most significant influence from the beginning was Rodrigo Moura’s curation of the exposition. For example, it was his idea to make four distinct blocks inside the gallery.

Alexandre Brasil concurred with the curator’s idea to split the pavilion into four, explaining to ArchiExpo e-Magazine:

“It would be somewhat tiring for visitors to take in all the photographs at once with no break. So between each block, we built a corridor through which you can see the forest and have access to two gardens.”

The new gallery is completely on one level. The only deviations are the ramps for people with disabilities. 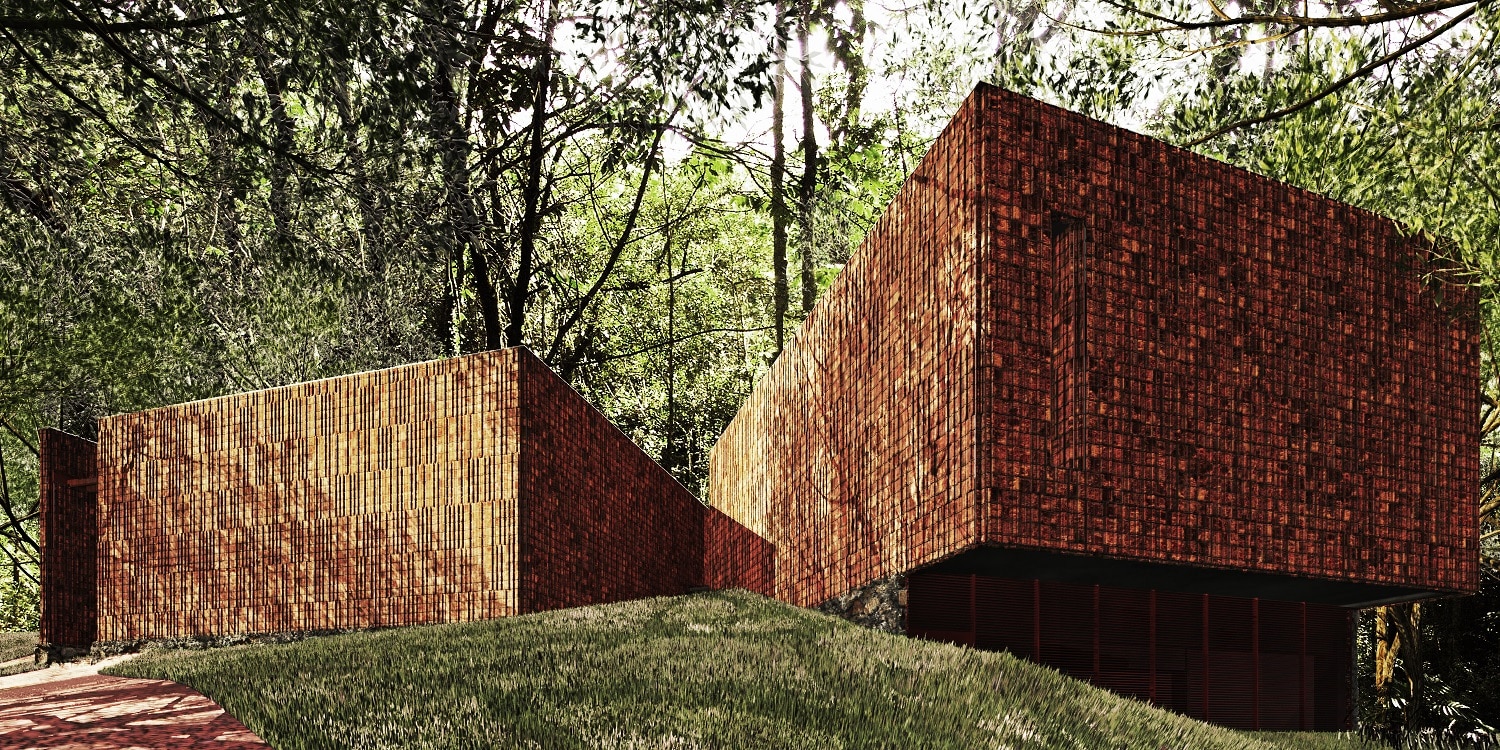 “Our three main goals were to pursue a visual identity strongly related to that of the institute, to understand Claudia Andujar’s work and to carefully consider the specific location in the park where the gallery was to be built. Naturally, the main aim of our design was to guarantee harmony between building and environment, considering the best way to integrate it into the forest,” says Brasil.

The building is situated on top of a densely wooded hill and can be reached via trails through the undergrowth. The topography of the location reveals the beautiful views, which is why the architects chose to build the gallery at the highest part of the hill, as well as keeping the construction site compact and deliberately avoiding any perceived intentions of imitating the surrounding environment. 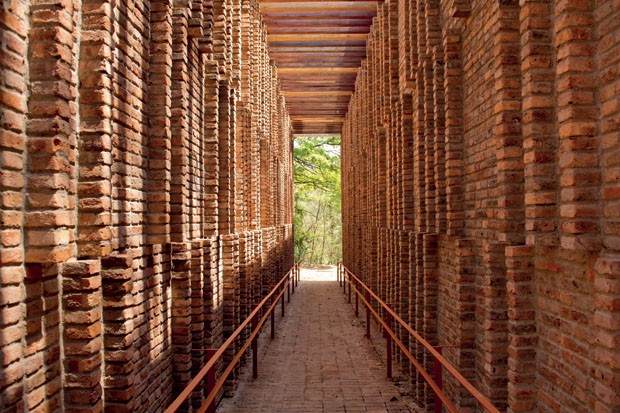 The building’s limited palette of colors and choice of materials emphasize the textures of the handmade double-kiln-fired clay bricks, which are made by local expert Pedro Alves dos Santos. At the opening ceremony, the Yanomani natives present referred to the new gallery as Maxita Yano (clay house). The wood material used in the building came from a stock that Instituto Inhotim already had.

Curiously, the architects did not consider the patterns of Brazilian native basketry, the first thing that may come to mind to any Brazilian observer of the gallery.

“We were actually thinking of an interplay of light and shadow that would also have vertical lines and therefore allude to the woodlands around the building,” explains Brasil.