Home » Our Monthly Mix of Artists: A Traveling Showcase of Collectible Design and Contemporary Art

Our Monthly Mix of Artists: A Traveling Showcase of Collectible Design and Contemporary Art 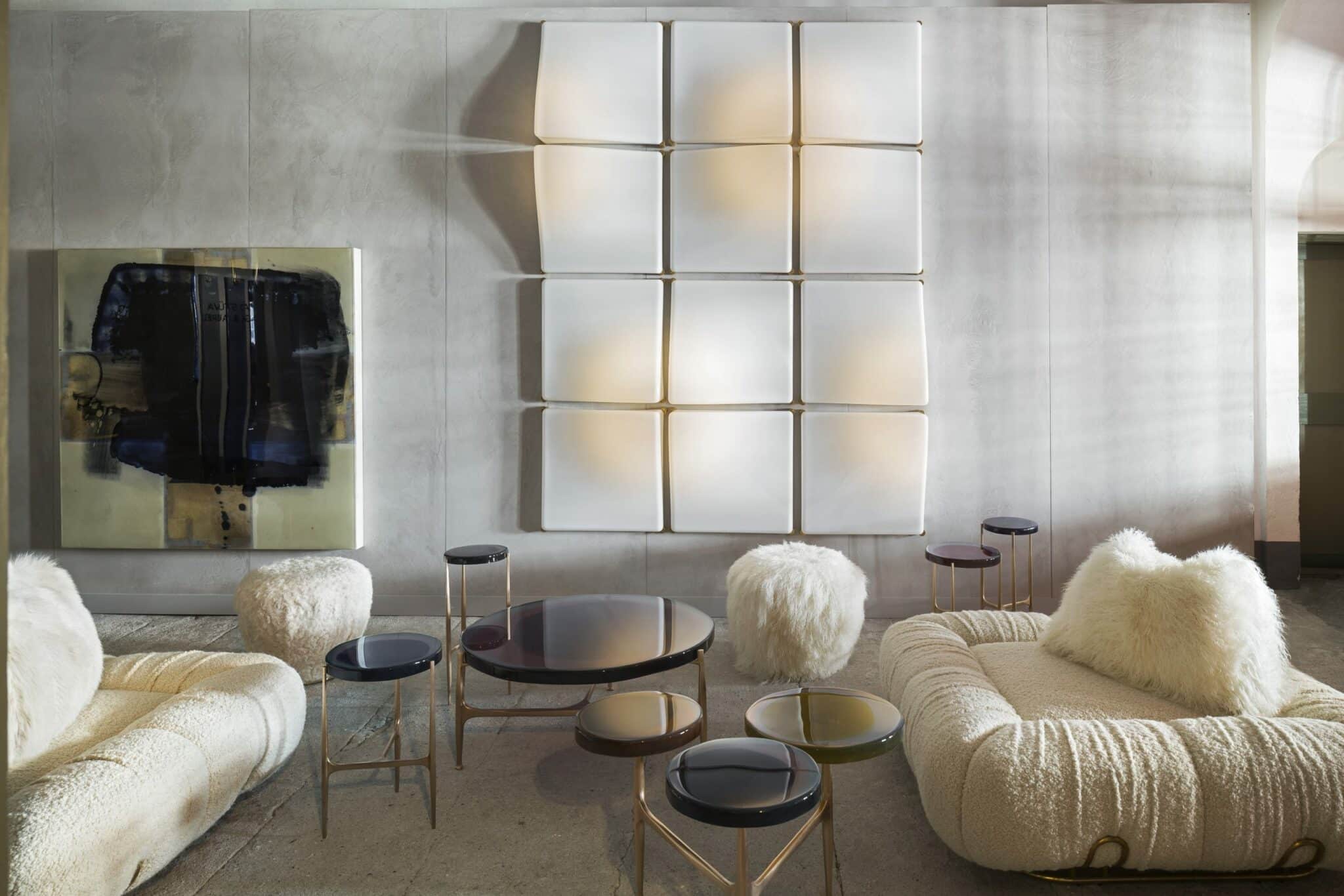 February 2020—The first traveling showcase for collectible design and contemporary art, NOMAD CIRCLE celebrates its most recent edition. Toning down the vibe from large-scale fairs, the event has established a small community of individuals looking for a unique, personal dialogue between art, architecture and design.

The event is in its early years, having begun in 2016, but the idea is to stage editions in different locations around the world—two or three editions in each destination before moving on to a new location. The distinctive aspect is the architectural context and the intimate atmosphere.

Among the designers and artists selected to participate in this edition, such as Barber & Osgerby, Terence Woodgate and Ron Arad, we’ve selected a few of our favorites.

The Four Folds by Marta Armengol

Spanish architect, designer and artist Marta Armengol designed a collection of complex lighting objects made of Borosilicate blown and non-blown glass pieces in collaboration with Belgian gallery MANIERA. The blown pieces form a voluminous shape in a random, non-uniform way. They become bubbles in space, reminiscent of the universe. The First Fold is a floor Lamp; the second is a wall lamp; the third a vase; the fourth a pendant. 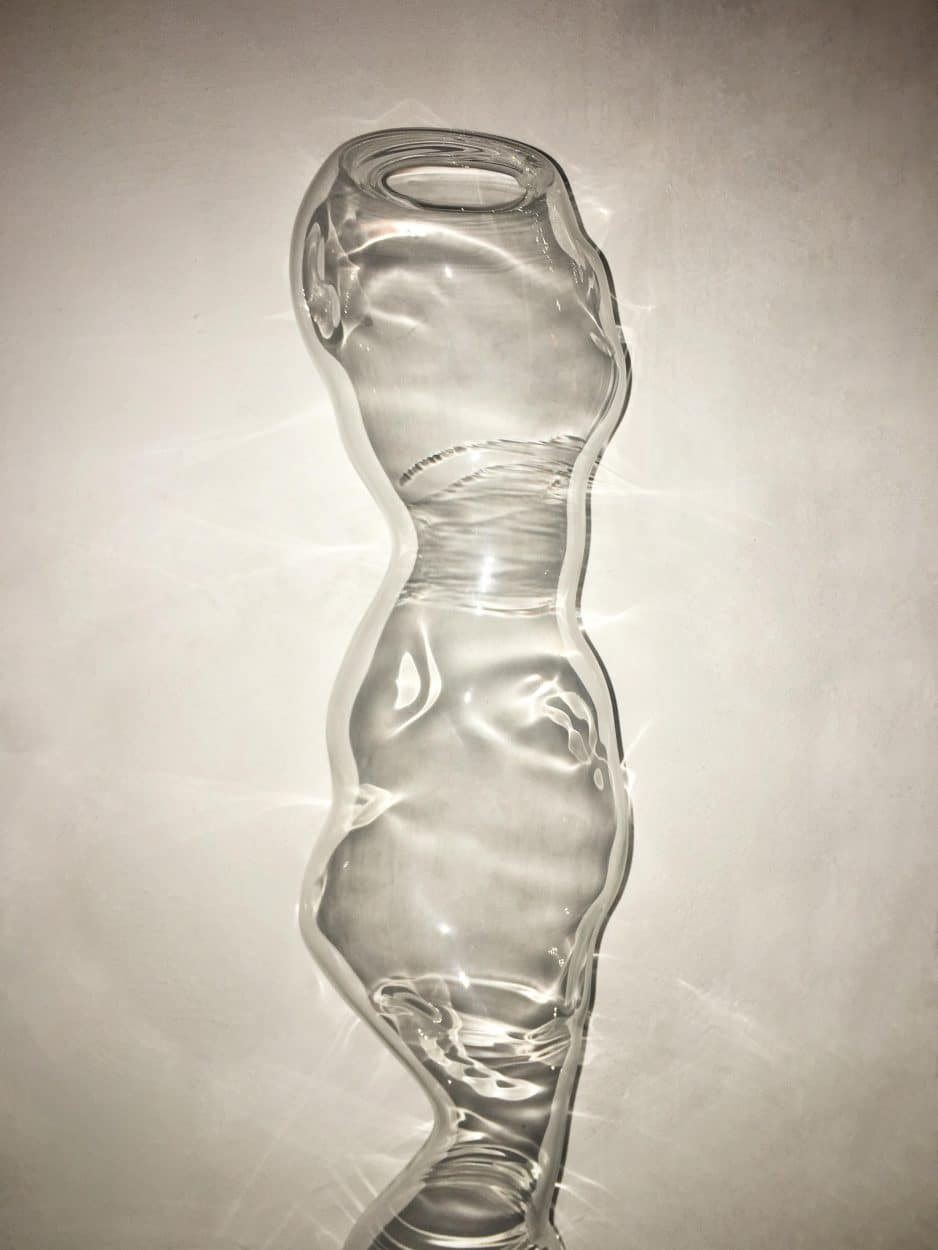 An award-winning figure and the co-founder of Cierto Estudio, the architect received first prize for the master plan and construction of a social housing building in Plaça de les Glòries, Barcelona, in 2017.

Artist Carsten Holler presents an outdoor sculptural work, a symbol for the unexpected, a piece to represent cultural history. The Giant Triple Mushroom—comprised, in imagery, of one-half fly agaric and two-quarters of other breeds of mushrooms—is a spectacular amalgamation, created using a combination of polyester mushroom replicas, paint, synthetic resin, wire and other materials. For Carsten Höller:

“The synthesis of these mushroom varieties provides an icon of uncertainty, ambiguity, as well as a symbol for an endless tension towards research: Mushrooms not only open our mind to unpredictable effects, but they do so by living and reproducing in mostly incomprehensible ways.” 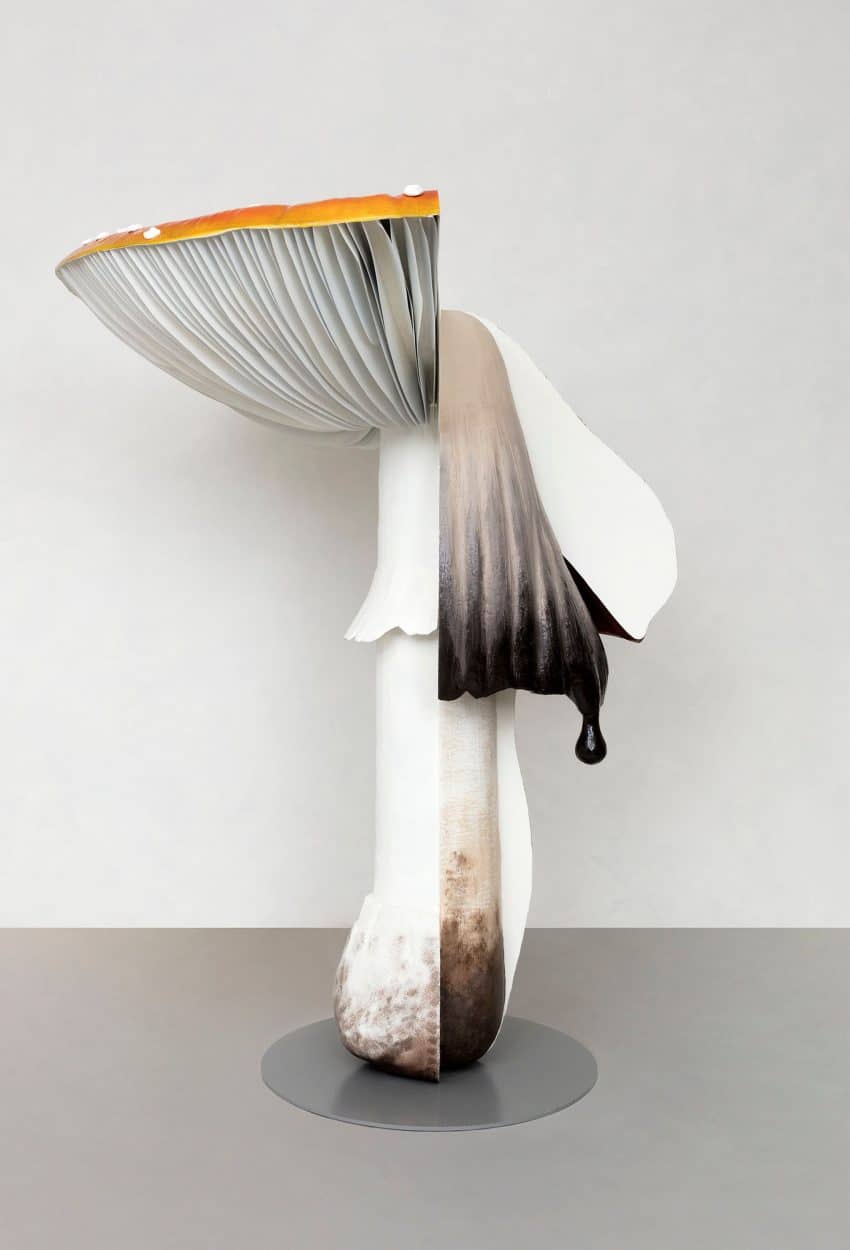 The significance of the Fly-agaric mushroom (also known as Amanita muscaria) is an important element in cultural history: It holds poisonous and psychoactive properties and it is widely used in shamanic rites. This extraordinary mushroom has also been appropriated for the unexpected as it appears in fairy tales, early Walt Disney movies and even in video games such as Super Mario Bros.

Carsten Holler is represented by Massimo De Carlo gallery, founded in Milan. The gallery is exhibiting for the first time at NOMAD.

Jeddah-based Athr Gallery represents artist Nasser Al Salem, whose new series contemplates the Arabic phrase ‘amma baad’, an expression that has no entirely satisfactory equivalent in the English language. The artist works with Arabic calligraphy, testing the formal possibilities of the tradition to enfold and enact complex conceptual experiments.

Often found in formal written correspondence, the phrase gains meaning through function, following initial salutations and greetings, while preceding—and perhaps anticipating—the main subject or story to follow. Meaning, loosely, ‘henceforth’ or ‘as to what comes after’, it is dense with expectations. 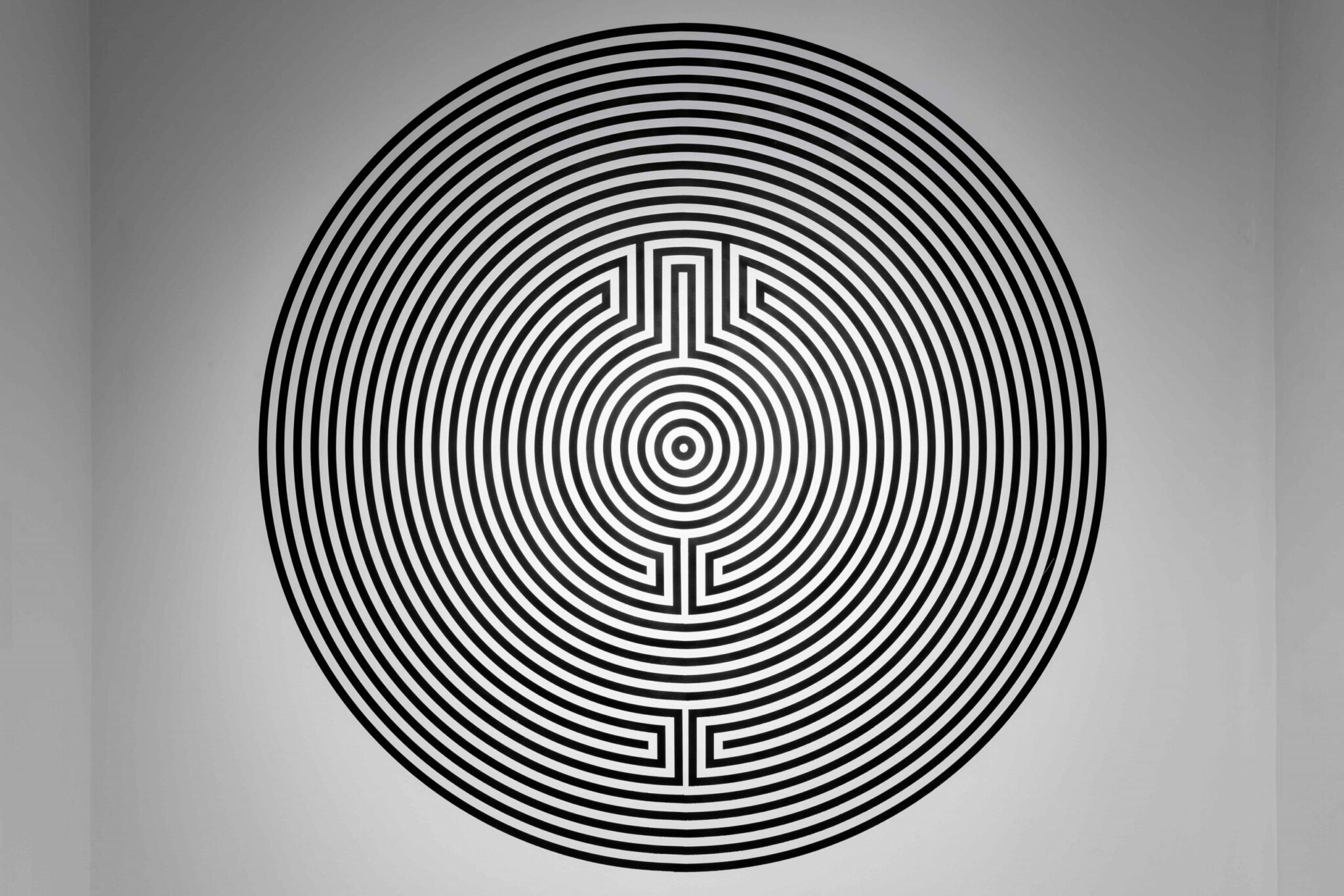 Through calligraphic manipulations, Al Salem explores the potential of the phrase’s peculiar space-time; the idiom synthesizes timeframes, pivoting thought from one moment, one place, to the next. A formal flourish, it implies deferral, creating a liminal place of pause. In experimental meditations in sculpture and on paper, Al Salem expands and collapses conceptions of spatial and temporal order, imagining new dimensions where possible alternatives to the here and now exist.

Italian multi-disciplinary design studio Draga & Aurel created a site-specific installation for the NOMAD living room, clothing it in unique furniture and abstract paintings. The design studio chose the word ‘dialogue’ to describe their project, a word which in turn embraces ‘conversation’, ‘art’ and ‘theater’”, according to Draga and Aurel.

“The ‘mimetic dialogue’ is the first form of direct dialogue without a narrator or caption, thus opposed to the monologue. Mimesis, in a generic sense, means ‘imitation’ but, returning to the context of poetic-theatrical culture, Plato and Aristotle suggest a very different acceptance of the word and, in doing so, enable us to grasp its deeper meaning. Mimesis is representation, or rather, ‘performance’: It implies ‘enactment’ on the one hand and contemplative and participatory fruition on the other. Representation is mimetic as it can engage the spectator, provoking empathy. Our project thus aims to be theatre, poetry, and art: a theatre and a curtain, where the dialogue will be center stage, involving the public of Nomad—spectator and actor at the same time.”

The studio designed unique transparent objects, salvaged and reinvented pieces—including new chairs, the Elah pouf and a new Golia bench and coffee tables in resin, cement and brass, making their first appearance at NOMAD—, as well as abstract immersive works and colorful Joy wall lamps specifically for the occasion. The pieces are to welcome and surprise in this place of meeting and dialogue, where they, too, will become topics of conversation.