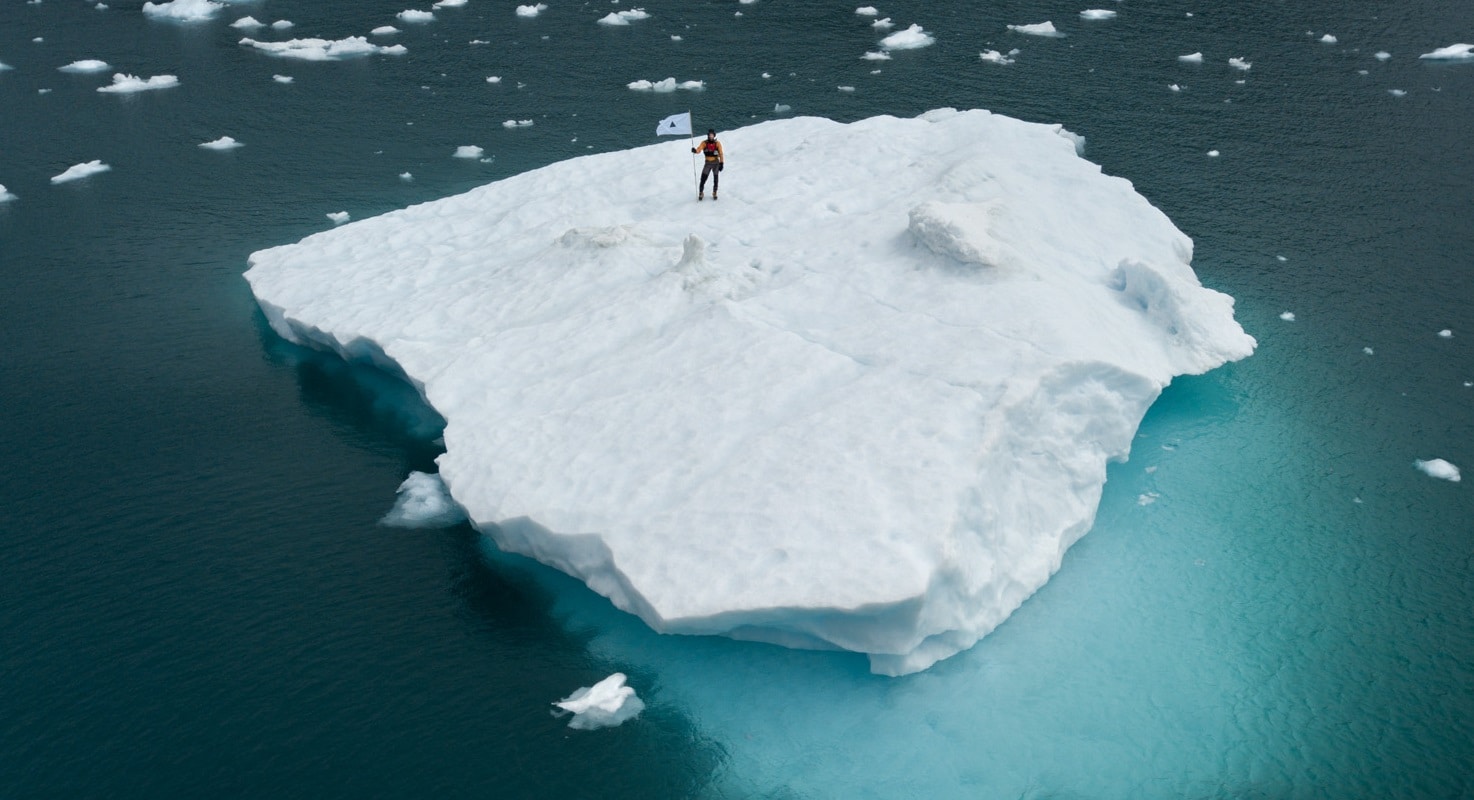 March 2020. We found our monthly selection of artists on the streets of Madrid, or cozily exhibiting within the doors of various fairs around the city. There’s something for everyone—from questioning masculinity during a time of growing feminism to representing how humans lay claims to land under the pretext of the intangible concept of a nation. Read on!

During the HYBRID Art Fair, artist David Benarroch presented two pieces: Midnight bar and Please do not disturb. The first one is a sculpture that deconstructs the concept of ‘Gentleman’ by questioning the current concept of masculinity, especially in the Middle East since the artist is a native middle eastern.

“I wanted to create an abstraction of the ‘gentleman’ with the cigarette within the 1950’s style café, alongside the abstraction of the bar, the coffee table and more. This type of masculinity is elegant and mysterious, but in the context of the subject I was dealing with, it’s in a moment of a fracture,” wrote David Benarroch in an email correspondence with ArchiExpo e-Magazine.

Masculinity seems to have undergone various types of vicissitudes in the past few years, according to Benarroch. Through his work, he aims to emphasize values considered to be less “masculine” such as gentleness, hesitation and uncertainty, traits men tend to suppress.

The artist isn’t convinced that masculinity is so different today, perhaps only in its appearance and the fact it’s been adjusted to today’s culture and context. 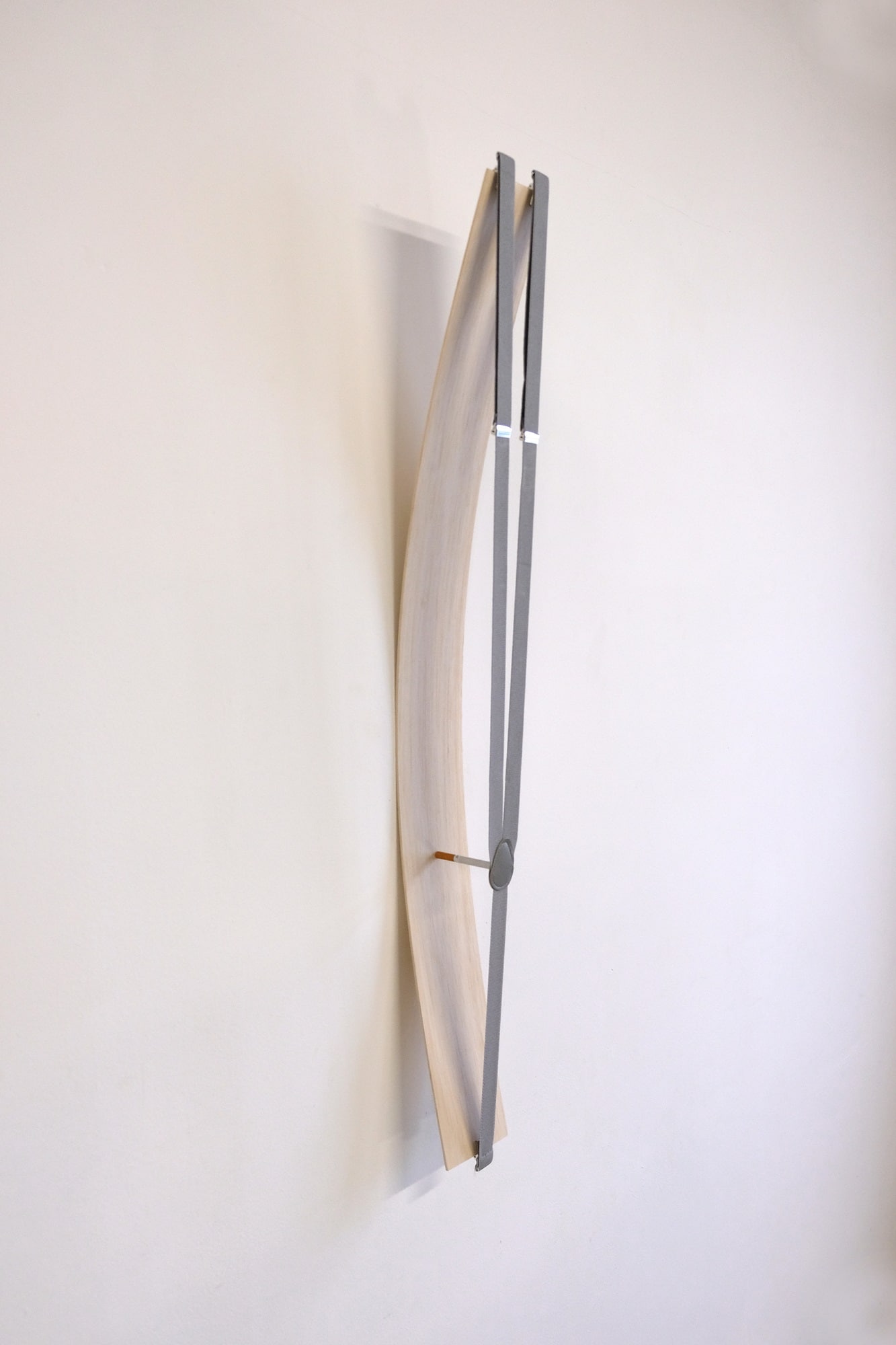 “The important thing is to reflect the same values and the same gentleness, which I believe is crucial, and to be critical of the situation and of the illusion of change.”

He said his work refers to internal Israeli tensions, between Mizrachiness and Ashkenaziness, which involves the different images of masculinity.

“For example, between what is perceived to be dandyism and the unkempt or nonchalant look that was part of the Ashkenazi kibbutz way of life—a small example among many aspects and angles to look at it. At least in Israel, I can say that now, there’s a discourse that criticizes the Western gaze (which mostly attributes to itself innovation and discoveries) on the Mizrachi with regard to the manners of representation.”

The second art piece uses a doorknob as a medium to exhibit a painting, taking as reference the iconic sign that can typically be found in hotels, and simultaneously playing with the polysemic meaning of the word ‘Disturb’.

“The work poses questions and connections between privacy, authority, and violence in places of passage, like hotels. There is an illusion of a hotel room, a thing that is ex-territorial in life. A moment of privacy. But the sign is a constant reminder that it is, after all, an illusion: that your key on its own cannot protect you from intrusion, and that you need  language (in the shape of the generic sign) to request that the ‘hotel’ will not come in (like a roommate in a way); the outside always has the power and can easily interrupt.”

Through his work Disturb, the artist hopes to share his thoughts and considerations regarding privacy, disturbance—he also sees blessings in disturbing—and perhaps mainly humor. 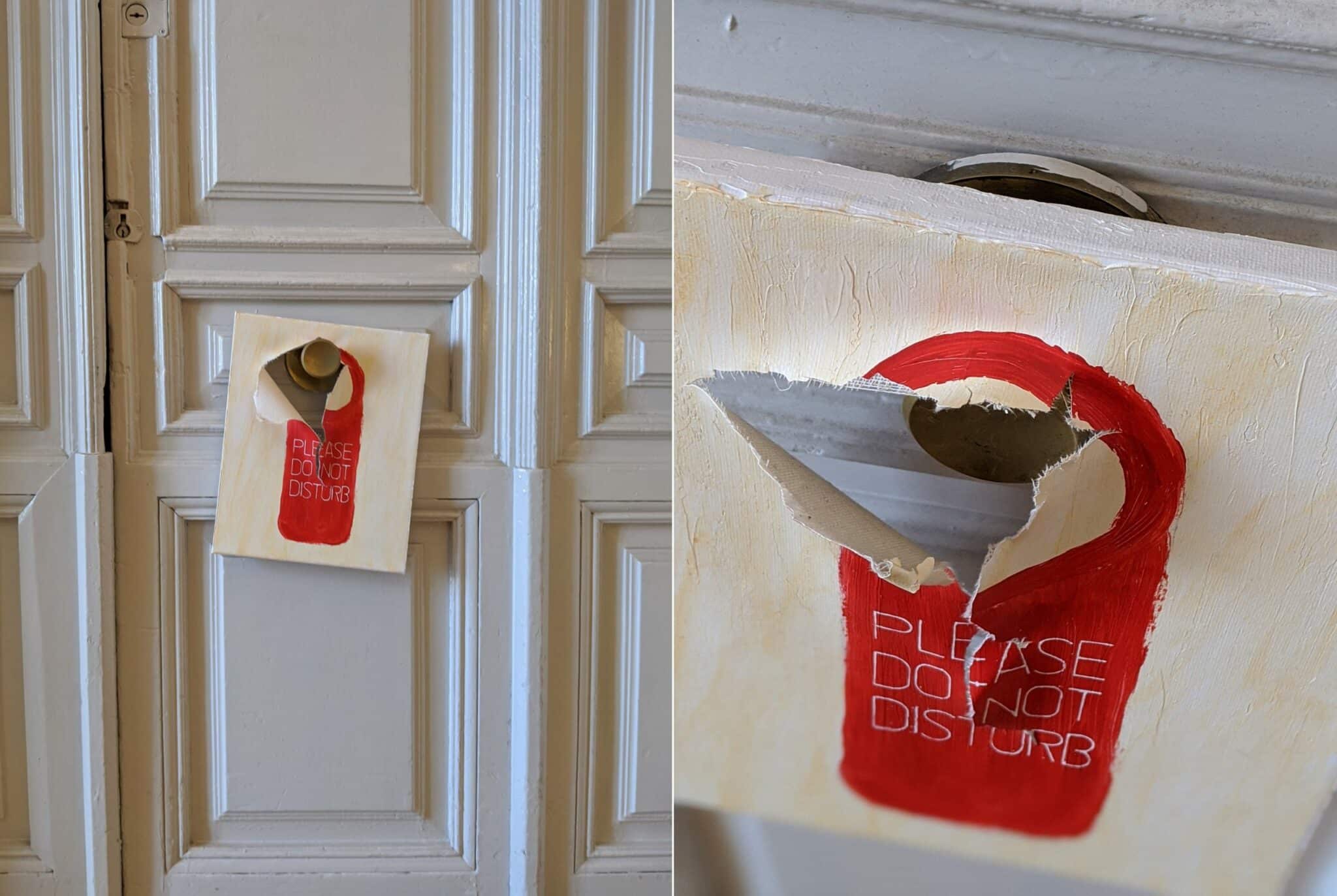 Please do not disturb. Courtesy of artist David Benarroch.

Artist Ruben Martin de Lucas is interested in the relationship between people and the territory of a planet, the Earth, that, as he describes in his statement, transcends us in age and over which we have a strange, and intense, sense of ownership. Represented by AP Gallery, the pieces he presented during the event JUSTMAD, notably one entitled Iceberg Nations, exhibits this idea of ownership beautifully.

“On the artificial, liquid and ephemeral nature of every nation. No nation exists in a physical way, that is, as an objective entity. Its intangible nature is held as a mental construction present only in the collective imagination.”

Images: Courtesy of the artist

“All war, all state violence and all forms of government are based on the concept of nation.”

“Through performative actions in which several icebergs are boarded, to equip them with nationality and fag, the viewer is invited to question the validity of terms such as country, nation and nationalism, evidencing the abstract and temporal nature of concepts that, although lacking solidity objective, are sources of continuous tension.”

In this piece, the performative actions are epitomized in three steps:

Other artworks. Image: Courtesy of the artist

During the Art Madrid’20 event, professionals such as independent curator Rafael Doctor and critic and curator Karin Ohlenschläger and cultural agent Berta Sichel discussed the topic of how the fixed image evolved into what we have defined today as new media. 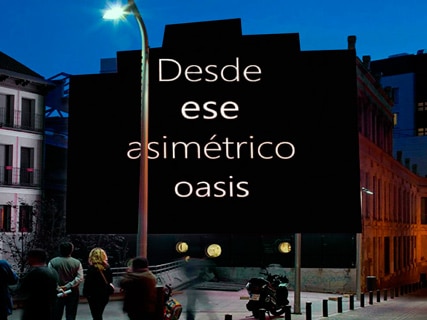 One of the artists exhibiting during the event expressed new media in large format and in an interactive way: “Sherezade” by Patxi Araújo. Created exclusively for Art Madrid 2020, Sherezade is an interactive literary, visual piece for the façade of Medialab Prado. The piece generates phrases and sentences based on the position of the viewer located in front of the building, taking words from a bank of texts chosen by the author.

The artist encompasses technology by geo-localizing viewers and attributing selected literary phrases to appear visually on a large screen.

Born in 1967, as an artist and researcher, Patxi Araújo has progressed simultaneously with the evolution of the fixed image, coming from the practice of fine arts and entering the territory of interaction and techno-magic. His current research focuses on software entities and physical environments, around the concept of human and nature through bodies, perceptions and metaphors related to programming, artificial life or simulation.