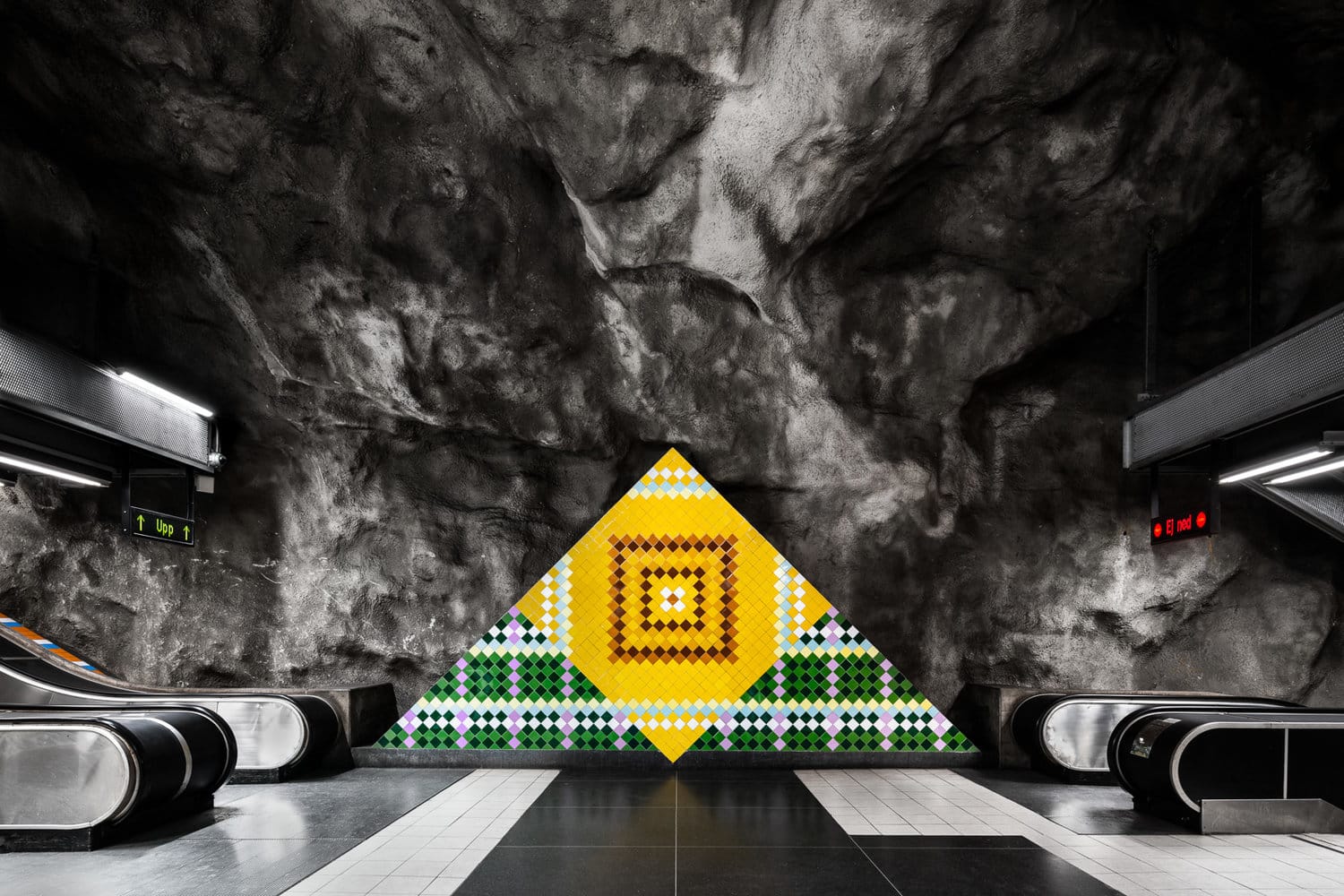 Chris Forsyth is a 23-year-old photographer from Montreal with a passion for subway stations and their architecture. Forsyth started photographing Montreal’s subway system in 2014 and went on to photograph the subway systems of different cities around the world including Munich, Berlin and Stockholm. Stockholm’s subway impressed Forsyth so much he decided to make a book out of his photographs and Stockholm Sub was born.

The Stockholm subway system is famous for its painted, cavernous stations. The system’s architecture had a turning point in the 1970s where architect Michael Granit famously raged against the stereotype of white sterile metro stations asking the question:

“Why set up a bathroom when standing in a magnificent rock cave?”

Forsyth has photographed 27 of Stockholm’s 100 subway stations. The end result is 57 photos taken especially for the book accompanied by texts written by the Swedish architectural critic Mark Isitt. Forsyth explores Hötorget and Odenplan, two of the system’s oldest stations; as well as the rainbow vaulting and rock walls of Stadion; the minimalism of  Bagarmossen and the playfulness of Kungsträdgården. Through these photos he makes some viewers see spaces that become an everyday backdrop in a new light while introducing others to the underground cavernous atmosphere that is Stockholm’s subway system.