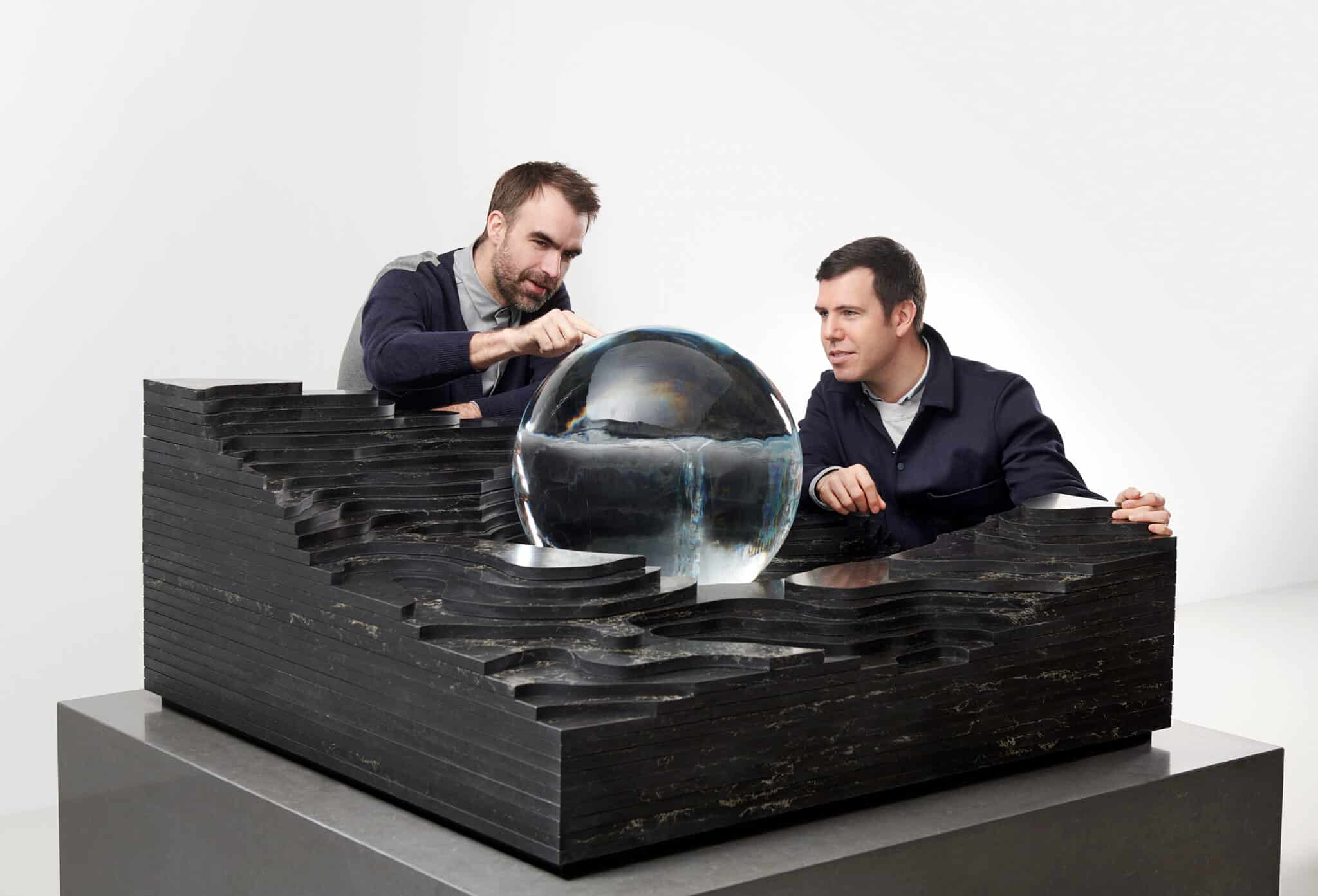 Snarkitecture teamed up with Caesarstone at this year’s Milan design fair to present Altered States, an interpretation of the kitchen island.

Using Caesarstone’s White Attica, visitors were invited into an immersive waterworld where the 3 states—ice, water and steam—were explored sculpturally, evoking the abundance of meaning contained in such a vital element: water. Taking the form of a large kitchen island, the work was exhibited at the Palazzo dell’Ufficio Elettorale di Porta Romana, during Milan Design Week.

ArchiExpo e-Magazine spoke with Alex Mustonen and Ben Porto from Snarkitecture about their kitchen concept.

The Kitchen of the Future

They were inspired by the possibility of pushing boundaries when they first experienced Philippe Malouin’s Movements installation with Caesarstone in Milan in 2015. This became an opportunity to work with a heavy stone material for the first time, notably with the leading quartz manufacturer Caesarstone.

Through conversations at a wedding in Israel, Caesarstone and Snarkitecture came to a plan set in stone for a project in Milan. However, as Caesarstone was pushing for a more traditional understanding of what a kitchen is, “we were pushing against it. We didn’t actually want it to be a kitchen,” Snarkitecture admitted playfully.

The architects began questioning, “what is a kitchen of the future?”

Considering water as the vital ingredient in cooking and living, they began examining altered states of water: ice (glacier) for storage and drinking; water (river) for contemplation and cleansing; steam (geyser)for meditation, watching and rising.

The building site for the installation in Milan was originally a high school, the architects wanted to play upon the aspect of spectator sports, constructing an amphitheater of about 250 Caesarstone and metal mesh pedestals surrounding the island. Referencing the natural environment, three different colors from Caesarstone’s new industrial collection were used—Cloudburst Concrete, Airy Concrete and Rugged Concrete—, creating a monochromatic gradient from white to grey.