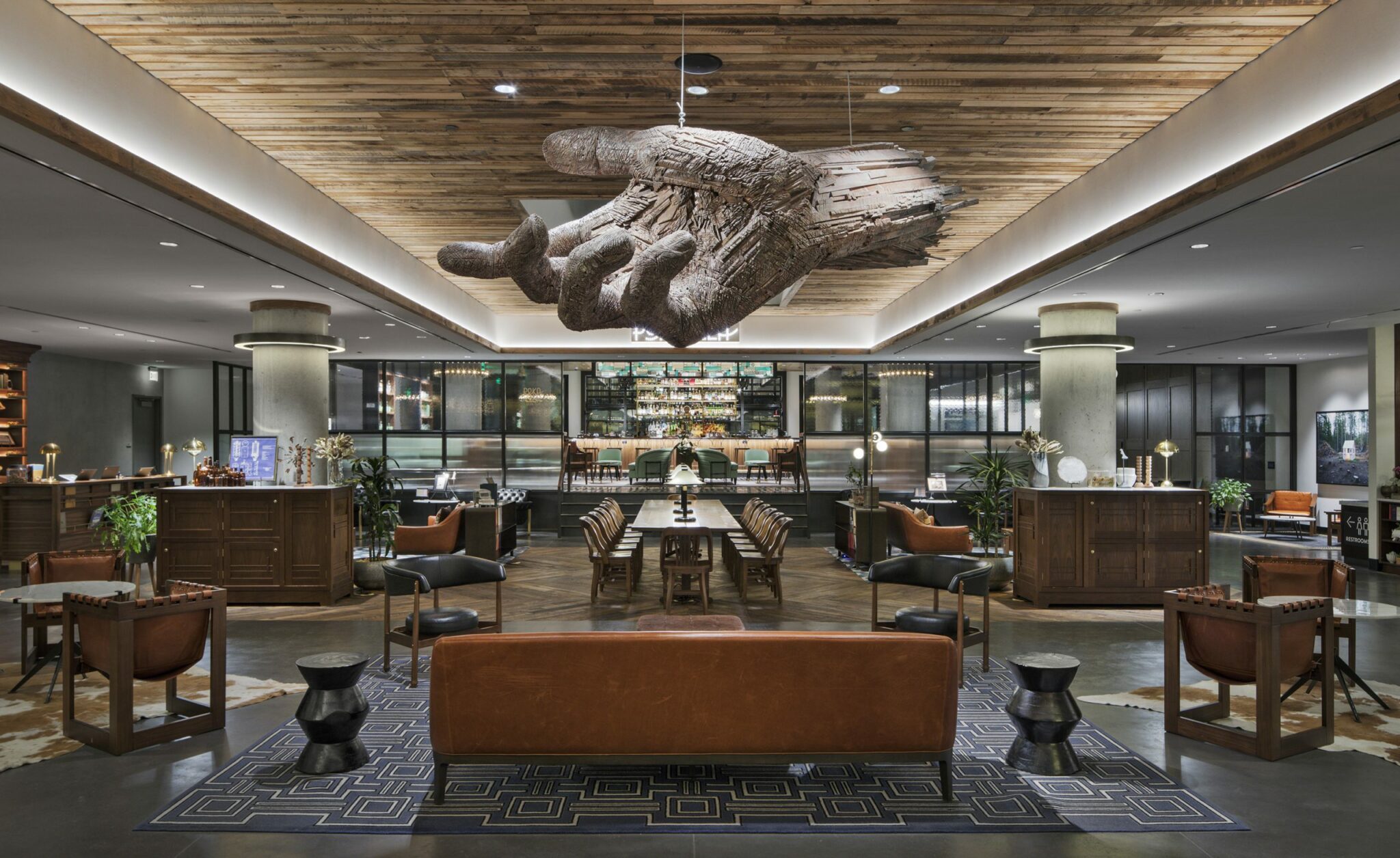 London’s acclaimed hospitality event Sleep + Eat invited NYC-based Crème Design to design the Sleeper Bar as a way to centralize the social sphere in style, relaxation and good drink. Known for bringing together the visionaries in hospitality, from concept and design to style and innovation, choosing Crème Design simply highlights the event organizers’ expertise in identifying the best—considering the design brand has already won numerous awards.

For the Sleeper Bar, the design team decided to explore traditional natural dyeing processes in order to celebrate the indigo colors it first developed in 2017 with Crème Indigo Chair for Stellar Works. The bar showcased the intensity and beauty of the indigo finish on recycled wood in a vibrant space for Sleep + Eat where visitors could meet and drink. 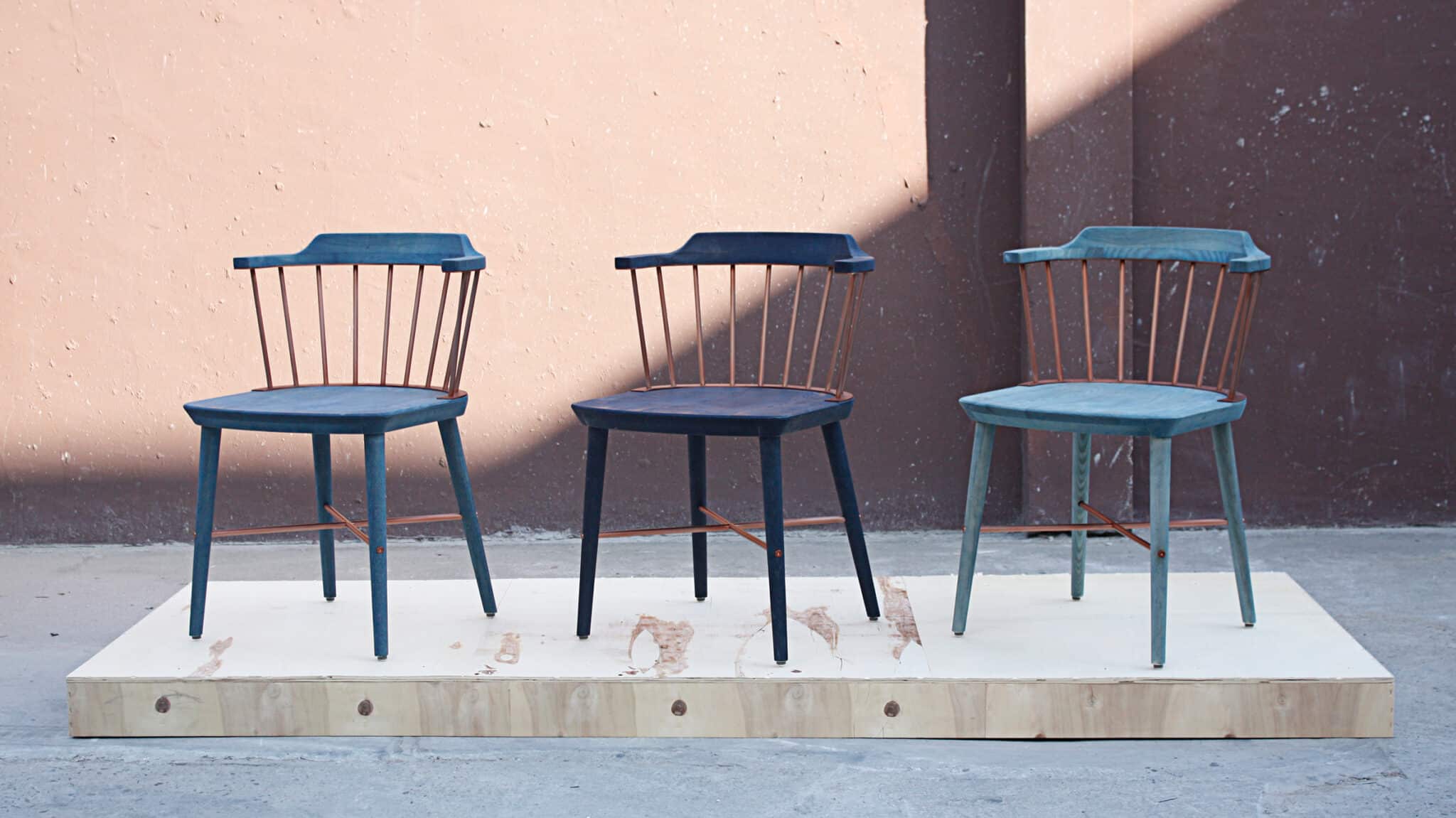 At the company’s office in NYC, Japanese architect Jun Aizaki, owner and principal of Crème Design, spoke to ArchiExpo e-Magazine:

ArchiExpo e-Magazine: Why did you want to highlight the use of indigo dye?

Jun Aizaki: We decided to focus on indigo because while it’s often used for staining fabric and leather, it’s not commonly used to dye wood. What we do see a lot, though, in China and Japan and other countries, are these incredibly beautiful patterns on objects with tie-dye. The maker clamps fabric onto pieces of wood, used to create these patterns, which is repeatedly dyed in indigo and results in this amazing depth of color. When I saw that, I really wanted to investigate different ways of using this method. To my knowledge, indigo-dyed wood hasn’t been used in furniture pieces or as a finish but I think it has the potential to be used like this.

In regards to the dye itself, it’s a very rich color. [Several species of the Indigofera] plant are used to make Indigo dye and, because it can be found in many places such as China, Japan and even countries in Africa, it is a universal dye that offers various shades.

It’s not used much for architecture purposes, but its beauty is becoming more remarked. I think it’s because of its natural aspect, subtlety and the story behind its production.

ArchiExpo e-Magazine: How does the recycled wood fit into the concept?

Jun Aizaki: We liked the idea of using timber and the ability of the indigo to give it a uniform look. Since we can’t stain each piece the same way, it adds variety and originality to each one. Using recycled wood differentiates the objects even more. Also, this fact of having been used as one thing in a prior life to now be reused in our piece fits in really well with the idea of a “pop up” shop.

Aizaki believes it is the designer’s role to better our living environment and while many cultures have, for a long time now, wandered away from nature and the capabilities of a man’s hand, craftsmen and artisans are becoming more sought after than ever. In parallel to other renowned companies, Crème Design supports craftsmanship, culture and art through its work year-round.

Recent projects include the downtown-Manhattan rooftop bar Mr. Purple, the public spaces in the sky-scraping hotel Eventi in the historic flower district of NoMad, and the lobby and restaurants at The Maven at the Dairy Block in lower downtown Denver. Red Farm London has opened this Autumn. It launched a Kickstarter campaign to raise funds for a new civic design project, Timber Bridge at LongPoint Corridor. The company has also proposed a new solution to paper-based cups produced by companies such as Starbucks using gourds.