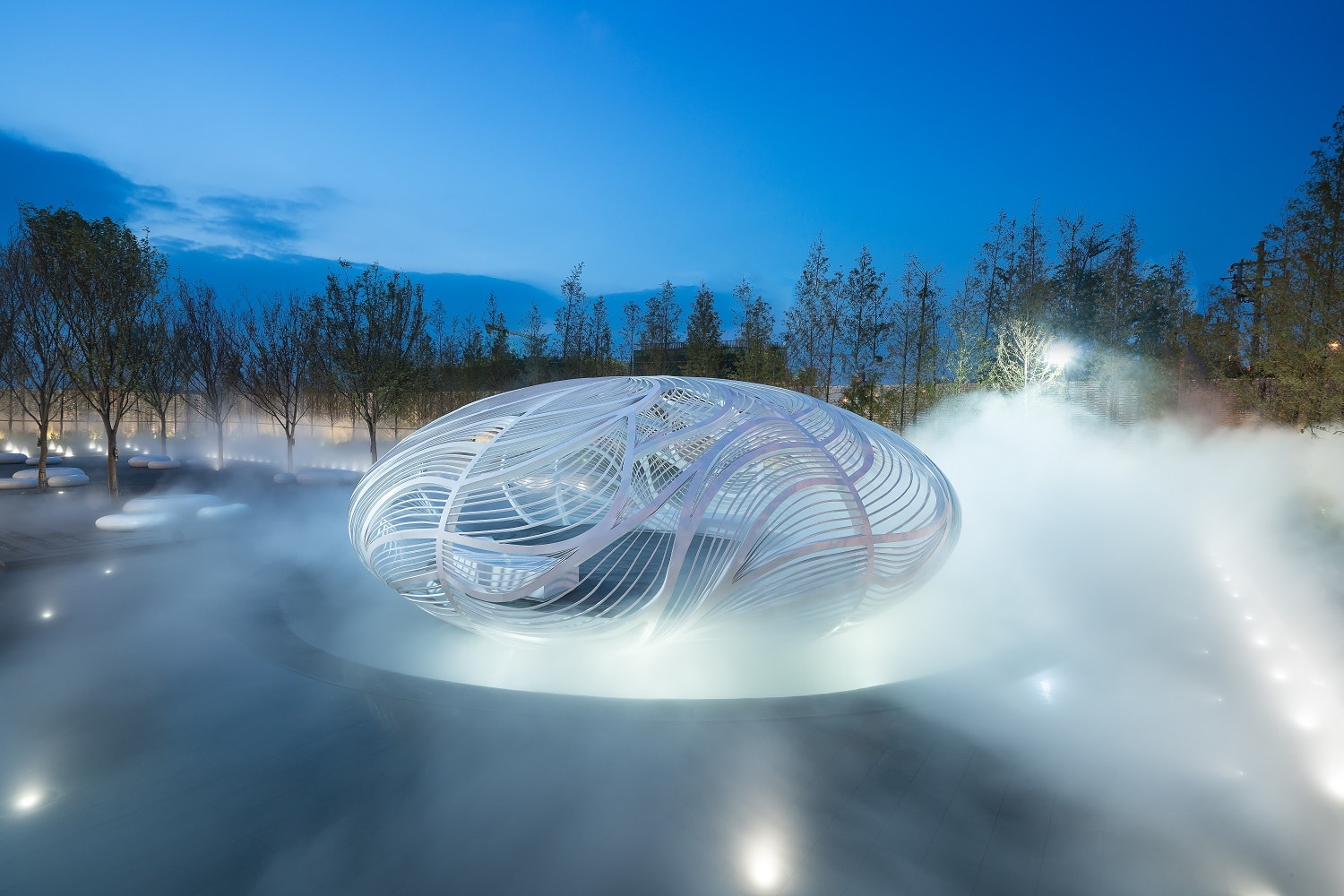 Ceylan Belek Ombregt is the Director at Martha Schwartz Partners (MSP). As a practicing registered landscape architect, she has led several international projects at MSP including the award-winning Beiqijia Technology Business District in Beijing, China, and the Moscow Children’s Route in Moscow, Russia. She is a Ph.D. candidate in sustainable design.

Ombregt speaks to ArchiExpo e-Magazine correspondent Jan D’Sa about the projects she’s working on where finding solutions to climate change issues is key.

Ceylan Belek Ombregt: The changing climate of the earth is rapidly shifting how human beings live, work and play.  As designers of the public realm, we are encouraging clients to plant trees, create interconnected networks of green space, and ‘re-wild’ parks.

As an example, we were asked to plan and design open spaces for the Pluit City project in Jakarta, Indonesia, a 160 hectare reclaimed island project. About 40% of the city now lies below sea level. The island project is planned to prevent long-term challenges such as storm surge tides reaching 2.2 meters. We proposed an extension of the existing mangrove plantings positioned in raised planters. Five percent of the island will be occupied by varying water reservoirs to hold and purify stormwater and greywater that gets recycled back to the community. 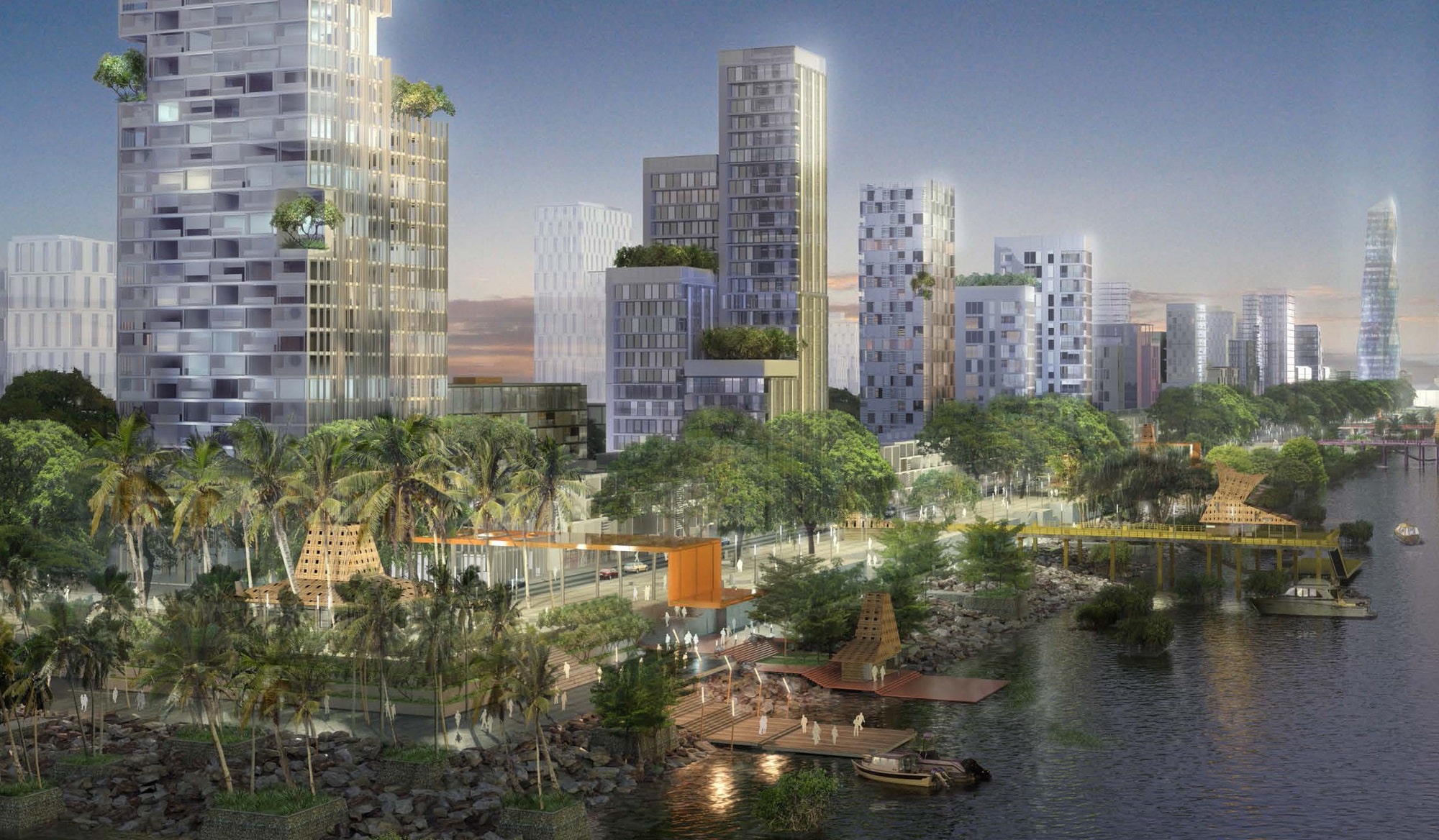 ArchiExpo e-Magazine: How do art, design and nature impact your work in creating healthy urban ecosystems?

Ceylan Belek Ombregt: We start out by enquiring whether landscape could become a large work of art while having an ecological meaning. In a hospital planning and design setting, health and well-being can only be achieved for patients and staff by providing access to nature from patient rooms, paying attention to noise levels and acoustics, providing exposure to natural light, and maintaining patient privacy. We applied these principles to an 83-hectare branch of Centre Hospitalier Emile Mayrisch, Sudspidol Hospital Project, based in Esch-sur-Alzette, Luxembourg.  Currently, under construction, the project will create a harmonious wellness space that not only highlights canal naturalization but also creates beautiful terraced natural landforms where the building sits.

Read an article on MedicalExpo e-Magazine about integrating art into hospitals.

ArchiExpo e-Magazine: How have you used the water symbol to add calm spaces to the recently completed Longfor Xiamen Shoukai project in China?

Ceylan Belek Ombregt: The Times Central Development Area (North Hontai Shoukai Longfor) is envisioned to become the new central hub of Xiamen, China. We wanted to communicate the design ideology of the future Longfor development where the view of the nearby lake is balanced with that of the existing building, allowing for ample customer parking and addressing circulation challenges with the adjacent street.

Xiamen has been described by an early Chinese poet as ‘a city that leans on stones like a flower, where millions of mountains embrace the sea.’ Given that the city is in close proximity to several water bodies, water became the focal design element that would connect the new sales centre to the development site. Our concept captures the act of skimming stones across a calm, reflective lake to signify our client Longfor Xiamen’s future development. The radiating, concentric ripples represent our client’s thoughts, ideas and philosophies moving forward. The ripples end at the foot of a Floating Pavilion which can be accessed by a walkway sunken beneath the lake surface, providing a quiet space where clients can converse with their customers.

ArchiExpo e-Magazine:  What are you working on now?

Ceylan Belek Ombregt: We’ve just started a project in the Middle East based city-wide focused on coping with urban heat island effect. Collectively, we will develop solutions that will create a climate-sensitive environment, integrate food production and reduce water consumption.

We also recently participated in a competition in China, where an additional one million population would face major issues such as flooding, air pollution and spatial requirements. To boost carbon sequestration, we proposed a 1,000-year forestation plan, a new wetland park which serves as a sponge park for the new city, and a second new levee that will function as an enhanced flood protection infrastructure for the city.