Q&A: Designer Pierre Franco on Burt, His Helmet Holder Tagged “Made in France” 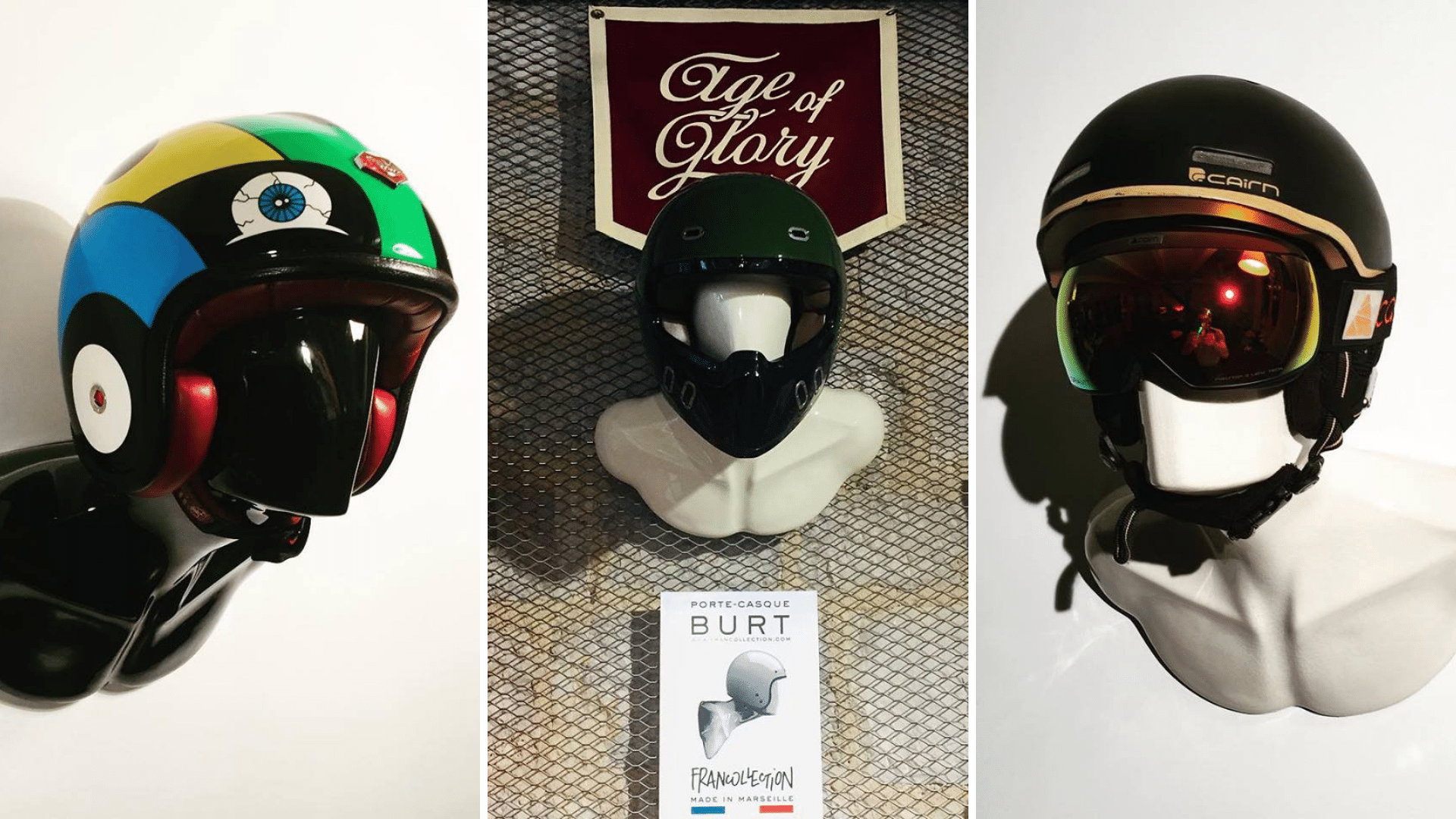 Created in 2018 by designer Pierre Franco, Burt is a helmet holder that straddles the lines between art, design and craft. Franco, who is ardent about motorcycles, drew from his training at the Boulle design school in Paris and experience working for Chanel to create a sculptural earthenware piece. Originally created for personal use, Burt is the first release of the brand Francollection for which Franco plans to design a new piece annually.

Franco spoke with ArchiExpo e-Magazine about the importance of making Burt locally with sustainable materials.

ArchiExpo e-Magazine: Where did the idea to design a helmet holder come from?

Pierre Franco: I’m a longtime motorcyclist and designer by profession. It was a necessity for me to return home to a sculpture that is both a useful object and a design element that stands on its own. The reconciliation of my three passions—art, sculpture and motorcycles—permitted me to find a unique support for creation.

ArchiExpo e-Magazine: Why a helmet holder?

Franco: There are more and more two-wheeled vehicles today because cities are oversaturated with cars. I started with the principle of a motorcycle helmet holder but I worked on a structure that supports all types of helmets; helmets for snowboarding, horseback riding, bicycling. 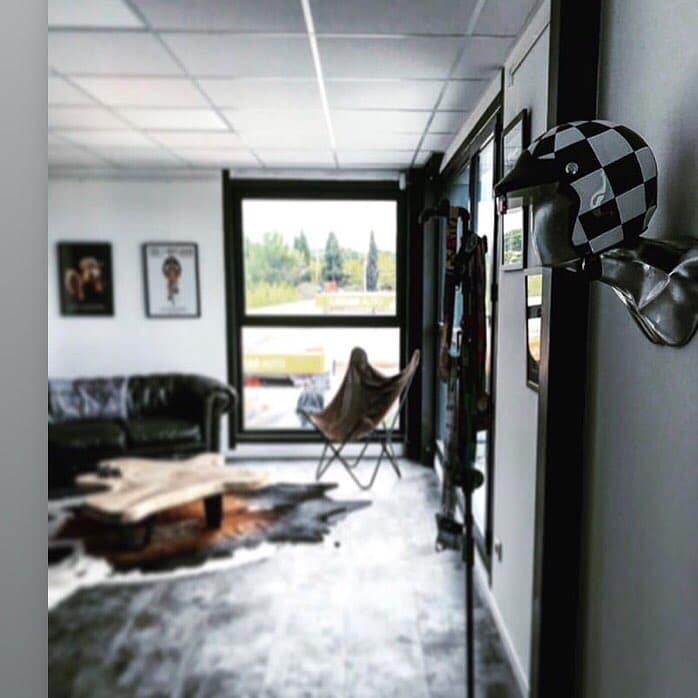 ArchiExpo e-Magazine: How did you choose the material?

Franco: I wanted to create a piece without plastic. I chose earthenware because it’s a material with a low carbon footprint which comes from the earth and is durable. We still find antique pottery today. Earthenware is also symbolic because I’m creating a link between a strong material and the fragility of life. You have to protect life with a helmet, and you have to protect the helmet so that it’s efficient.

ArchiExpo e-Magazine: Where is Burt made?

Franco: It was very important for me to use local craftsmanship and work with French savoir-faire from the region because earthenware is a real local skill since antiquity. I looked for a ceramist who is based less than 200 kilometers from where I live so the carbon footprint of creating this project would be minimal.

ArchiExpo e-Magazine: Where does the name Burt come from?

Franco: Burt is a character from motorcycle mythology. Anthony Hopkins plays the role of Burt Monroe in the movie “The World’s Fastest Indian”. It’s the story of a motorcyclist who goes into the desert on his old motorcycle. I wanted to mix this notion of legend and speed. 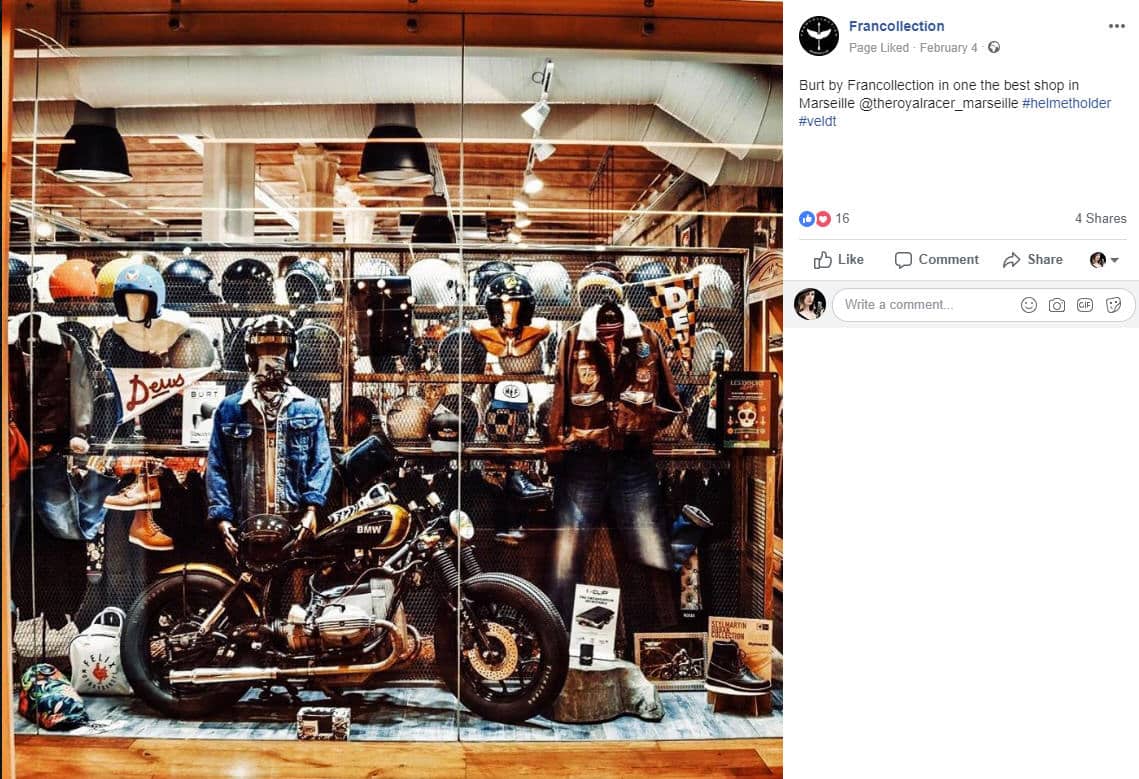 ArchiExpo e-Magazine: What’s next for Francollection?

Franco: I’m planning an exhibition in Marseille in April that will display customized hand painted models.

For my next piece,  I’ll lean towards the feminine version of Burt. Since beginning with sculpture 20 years ago, I always made passe murailles, figures that pass through walls. I won’t say what the utility of the next piece in the collection will be, but it will be a woman who traverses walls.