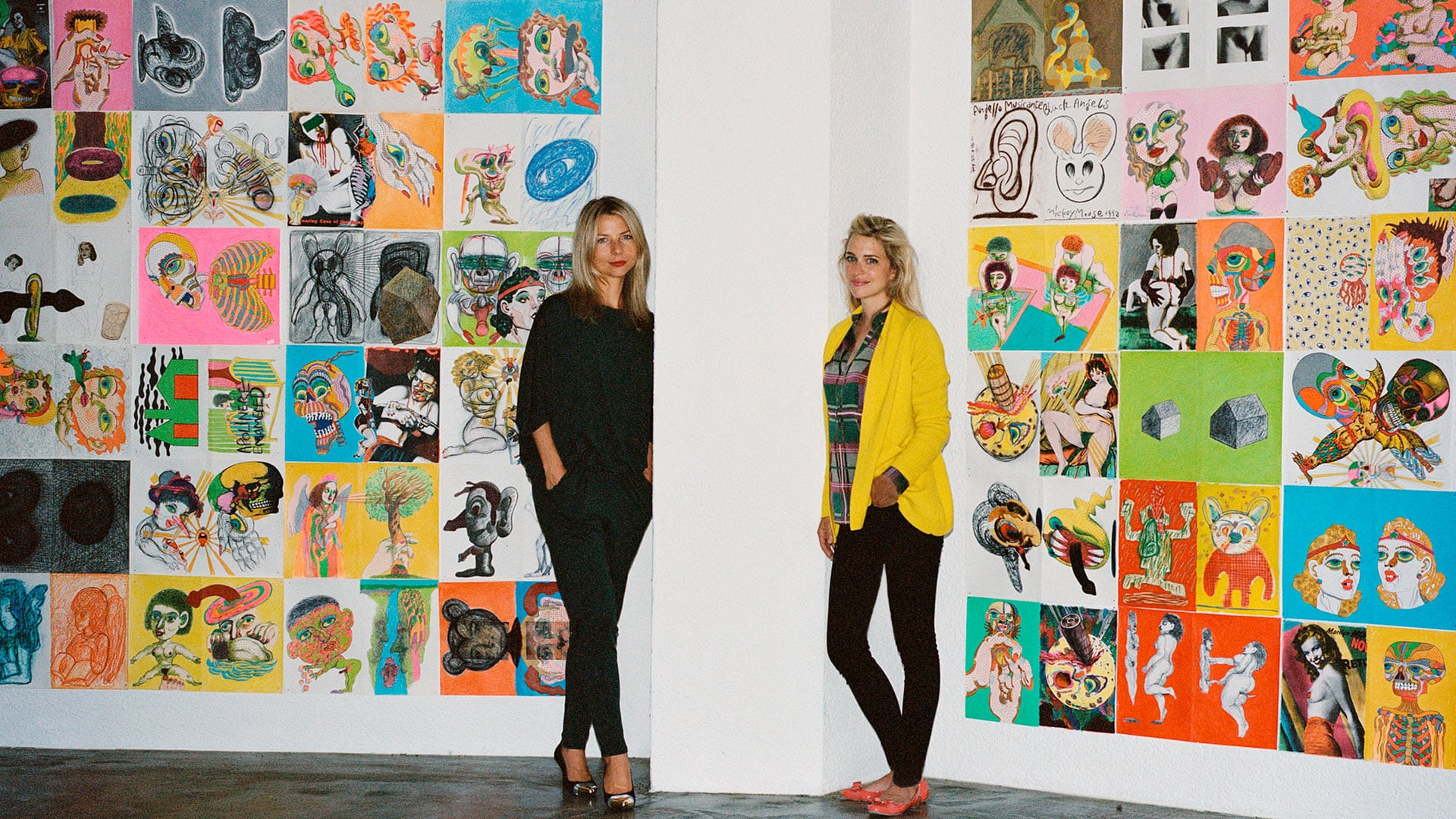 Centuries of struggle, excluded from the records of art history, women fought for recognition in a field dominated by men. Equal rights and feminist movements during the 1960s paved the way for many women artists who practice today. As these social shifts put women artists at the forefront of debates for several decades, some might say the “battle” is over.

Is it, though? There’s much talk about female artists still not gaining enough recognition, and so it seems that gender inequality is back at the center of art-world discussion.

We go to the source to learn more. Zurich- and LA-based Karma International represents a large number of female artists and has been since its opening in 2008. The gallery, originally a project space by co-founders Marina Olsen and Karolina Dankow, began as a non-profit curated project in Karolina’s apartment and has since quietly established itself as one of the key players in Zurich and beyond—with an Asian outpost underway.

Co-founder Karolina Dankow spoke to ArchiExpo e-Magazine via WhatsApp during the Art Basel event in Basel, Switzerland. It was their 4th year exhibiting at the main fair, one they consider to be the most important fair in terms of making amazing contacts and sales.

ArchiExpo e-Magazine: Can you talk about the project space you started before opening the gallery? What did it involve?

Karolina Dankow: We studied art history in Zurich. We were both writing our Ph.D. but then we got together and thought about the current landscape. There were so many strong commercial galleries and a few not-for-profit spaces but they mostly focused on local artists. We wanted to do a project space that focused on international artists. We started by inviting artists to Zurich where they could do a whole production. Ida Ekblad from Norway, for example, came with a few of her art friends. They produced a show, including a live performance, all on a small budget—we housed them so they could save on money. It was really fun because we got to hang out with the artists and help them with whatever they needed. These early collaborations helped us form strong bonds with the artists so it became only natural that when their careers took off and they needed galleries, they turned to us—since we transformed the project space into a commercial space. There was no pressure, though, we didn’t have any specific goals or a business plan. It was just fun and became our job. It all came together so organically, even the beginning when we launched the project space. Marina [Olsen] had past experience working in galleries, and I had been writing reviews of art shows for a daily news publication in Zurich.

Karolina Dankow: Yes, we represent male artists but from the beginning, without there being any strict rules or ideas on the subject, we ended up representing more women than men. We were just drawn to so many female artists. Even here in Basel, we exhibited 7 female artists and 1 male artist. It’s not our concept, it’s just been like this from the beginning. We still have men in the program and we enjoy working with them, but it just worked out this way. Right now in our Zurich gallery, we’re showing Judith Bernstein, an artist from New York in her 70s. Here’s a female artist icon! She has had and still has an impacting political and feminist presence. She has often said how she paints better when she feels angry. Some of her work can be defined as anti-Vietnam, some as anti-Trump, to name a few. 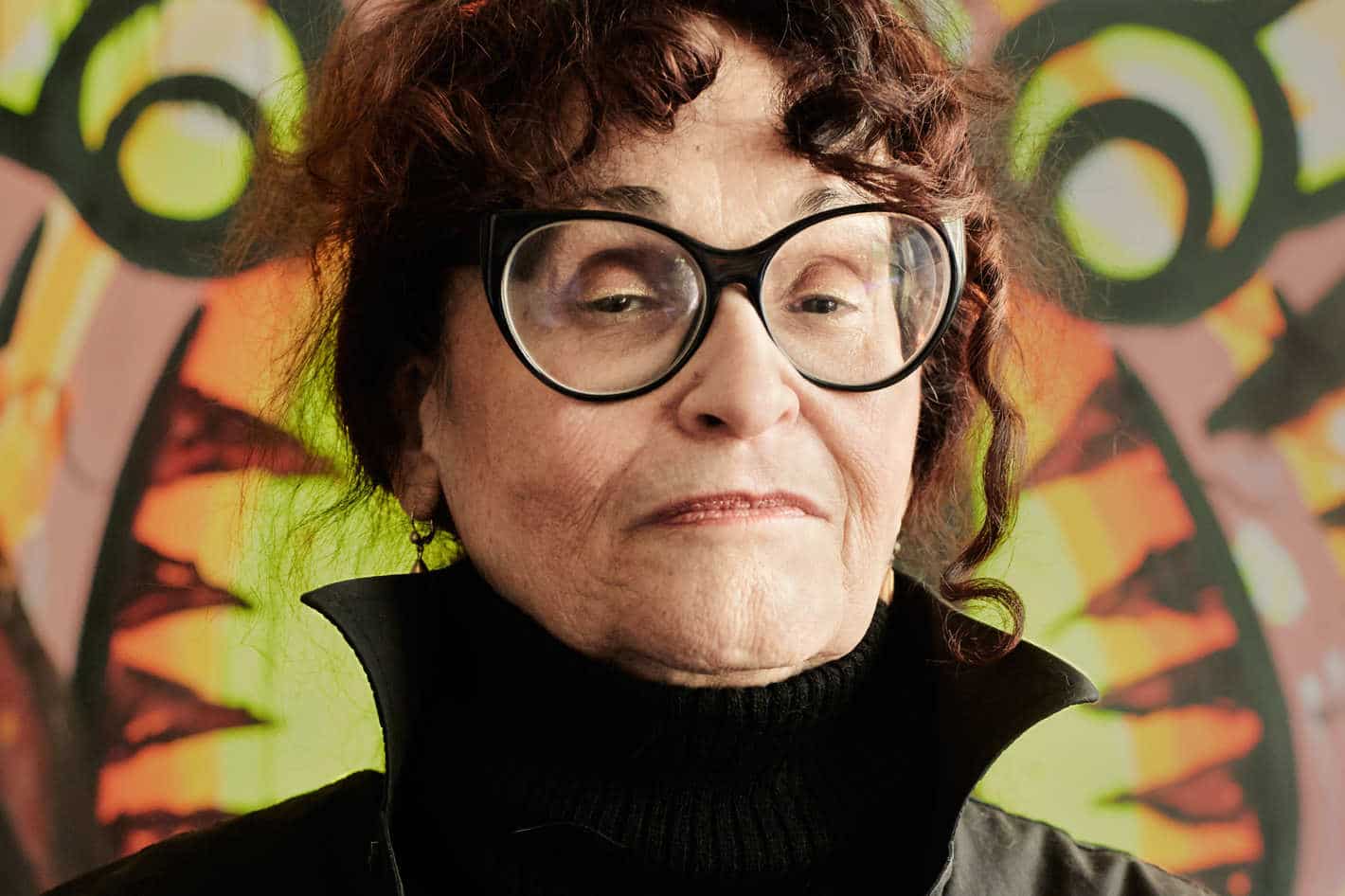 Karolina Dankow: It’s definitely true that right now it’s almost like a trend. Female artists are being rediscovered, but I think it’s a great evolution and something that won’t turn back around. This trend will be developed more and more. It’s too easy to say that women and men are equal. In the art market, for example, there’s still a gap in the price for artwork by women compared to artwork by men. Museums still show more work by male artists than female artists. Sometimes these trends are dangerous because they suggest that things have changed when they haven’t. It still takes a lot of work. Not just in art, but in general.

ArchiExpo e-Magazine: Did you attend Art Basel to scout?

Karolina Dankow: We do a lot of scouting at fairs but to be honest this time we were really busy and didn’t get to look around so much. It’s such an amazing fair with great people that stop by our booth and it’s home turf so we were busy mingling. We often try to check out the younger artists, though, and look around the museums. We also like to look at what other galleries have. We still scout for older artists: the youngest artist we represent is 27; the oldest 82!

ArchiExpo e-Magazine: Do the artists your gallery represents share a common thread, something you look for when you’re scouting?

Karolina Dankow: It’s hard to say there’s a common thread. They all enjoy being in the context of the other artists. There’s a shared interest for each other’s work, leading to inspiration. We try to build this environment where everyone feels like they’re in the best surroundings.

ArchiExpo e-Magazine: Do you have any advice for female artists?

Karolina Dankow: It’s definitely, thank God, a good time for female artists. I think the best advice is to just keep going and do good work. Don’t get irritated about what’s going on in the market. Focus on good and consistent work. Put yourselves out there and be patient.

ArchiExpo e-Magazine: How has the art scene changed since 2008?

Karolina Dankow: For us, it’s funny because we were a not-for-profit and we were invited to exhibit in Miami before the crash in 2008; we were so unprepared for all the sales we made and didn’t even know how to write an invoice or to ship the artworks. The following year, though, was the crisis and no one bought a single thing! This taught us to work with few resources—since we founded the gallery at the worst moment. There are always clever ways to be creative without tons of money. Every year has gotten much better and has been good for us. The art market has grown since then; although, at the moment, it is hard for young artists and young galleries because people don’t have as much trust. The more established artists and galleries have seen a high improvement. They’re saying another crisis is around the corner but we haven’t felt it at all.