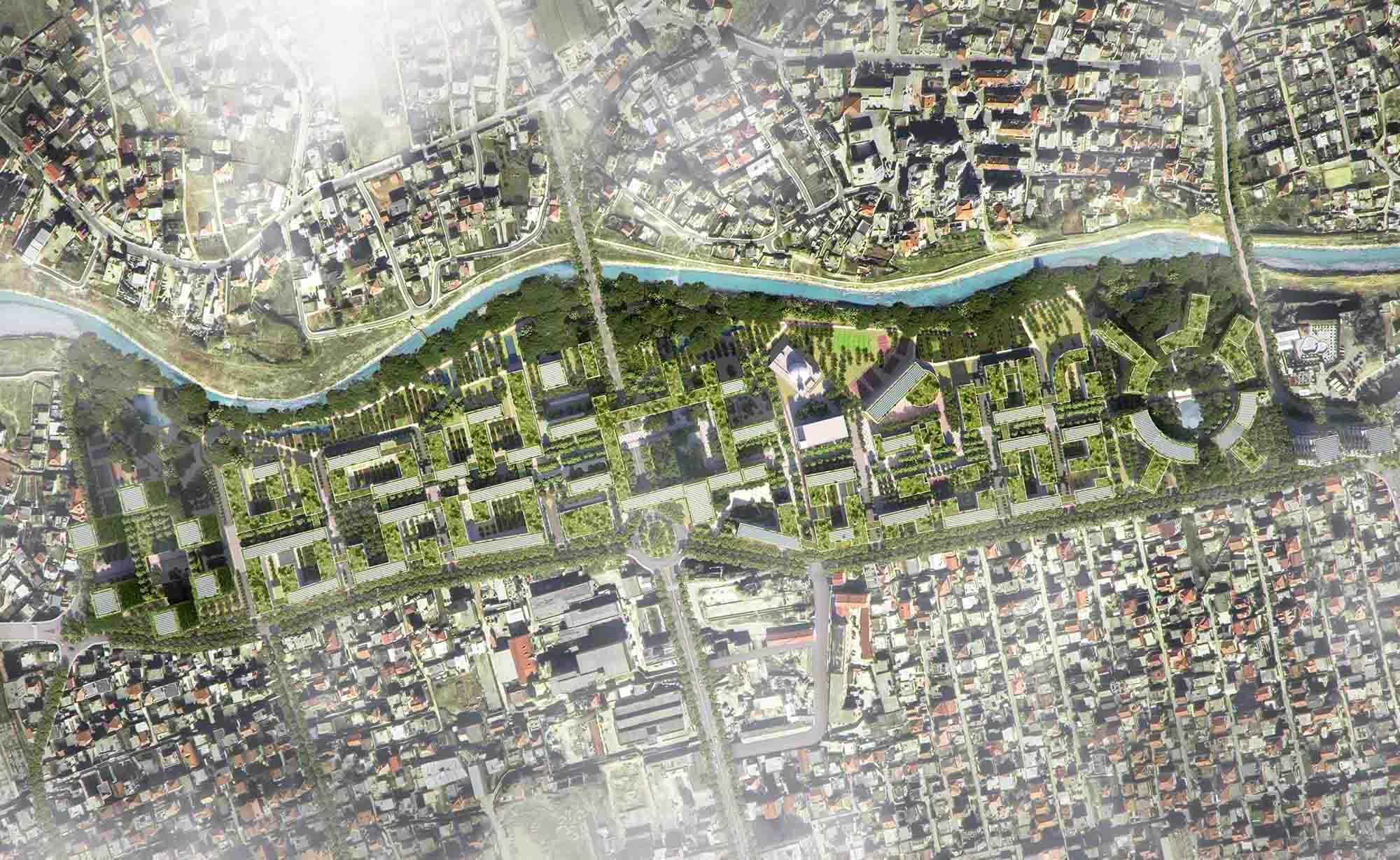 Disasters can be powerful catalysts for advances in design and architecture. Case in point is Tirana, the capital of Albania, which has been beset with a biblical series of catastrophes in recent years. In addition to the uncertainties posed by a post-Covid world, an earthquake in 2019 left thousands of people homeless and the city is vulnerable to floods exacerbated by climate change. It didn’t help matters that many of the structures built during the communist era were shoddily constructed and that a post-communist era building boom filled in many of the city’s open spaces with uninspired architecture.

But now there is hope for a more beautiful, more sustainable future. The SON-Group and Stefano Boeri Architetti have designed a master plan for Tirana Riverside, a new mixed-use neighborhood intended to accommodate trees and people in equal numbers: 12,000 people and 12,000 plants belonging to more than 100 different native species, many of which will inhabit an Urban Forest intended to reduce the heat island effect from nearby buildings. The project is designed to produce zero carbon emissions, be completely self-sufficient in terms of services, and also provide a series of public and private landscaped outdoor spaces within walking distance of every resident.

ArchiExpo e-Magazine:  Tirana Riverside is being touted as one of the first developments to respond to the Covid crisis. How does it do that?

Francesca Cesa Bianchi: We think that COVID highlighted how in monocentric cities services are centralized and difficult to access; you always have to use a car. So one of our goals with Tirana Riverside is to create a polycentric neighborhood and have primary services within a 15-minute walk of your house. We worked a lot with this idea of accessibility of services such as pharmacies, doctors and grocery stores at the neighborhood scale: At the building scale, we emphasized accessible outdoor open spaces, including roofs with plants that are used as a fifth façade.

ArchiExpo e-Magazine: This is a very ambitious project for Albania, which is one of the poorest countries in Europe. How can the country afford such a state-of-the-art project and who is going to be living there?

Bianchi: The prime minister did a great job getting money from the European Union for the area after the earthquake and the country also got money from Turkey. The purpose is first to house families that lost their homes in the earthquake, then people from around the country and international people. It is also a way to lure back young Albanians who have moved to Italy for work opportunities. Albania is developing fast and a lot of consultancies such as Deloitte and Vodafone and other companies linked to the service economy are building offices there.

ArchiExpo e-Magazine: Did you do anything in your plan to control costs?

Bianchi: In terms of cost it is very cheap, about 400 Euros a square meter. Albania has a history of prefabricated concrete, so the idea is to use a very simple construction system with local manpower. Also, these buildings are only 3-5 floors high, so it is traditional building construction technology for the area.

ArchiExpo e-Magazine: What are the sustainable aspects of this development?

Bianchi: We are using lots of solar panels on roofs and geothermal energy from the ground. We also are testing the facility for a cogeneration system to recycle energy from office buildings to heat the houses. And then we are incubating small community gardens and orchards where residents can grow their own food.

ArchiExpo e-Magazine: What are the possibilities for replicating Tirana Riverside in other parts of Europe?

Bianchi: This area is 29,000 hectares, and in Europe, it is very hard to find such large urban areas, although in Paris there is a new eco-neighborhood being developed on top of an old railyard in the Batignolles neighborhood. And in Milan, there are several projects to develop abandoned rail yard areas that might be an occasion to test this approach.