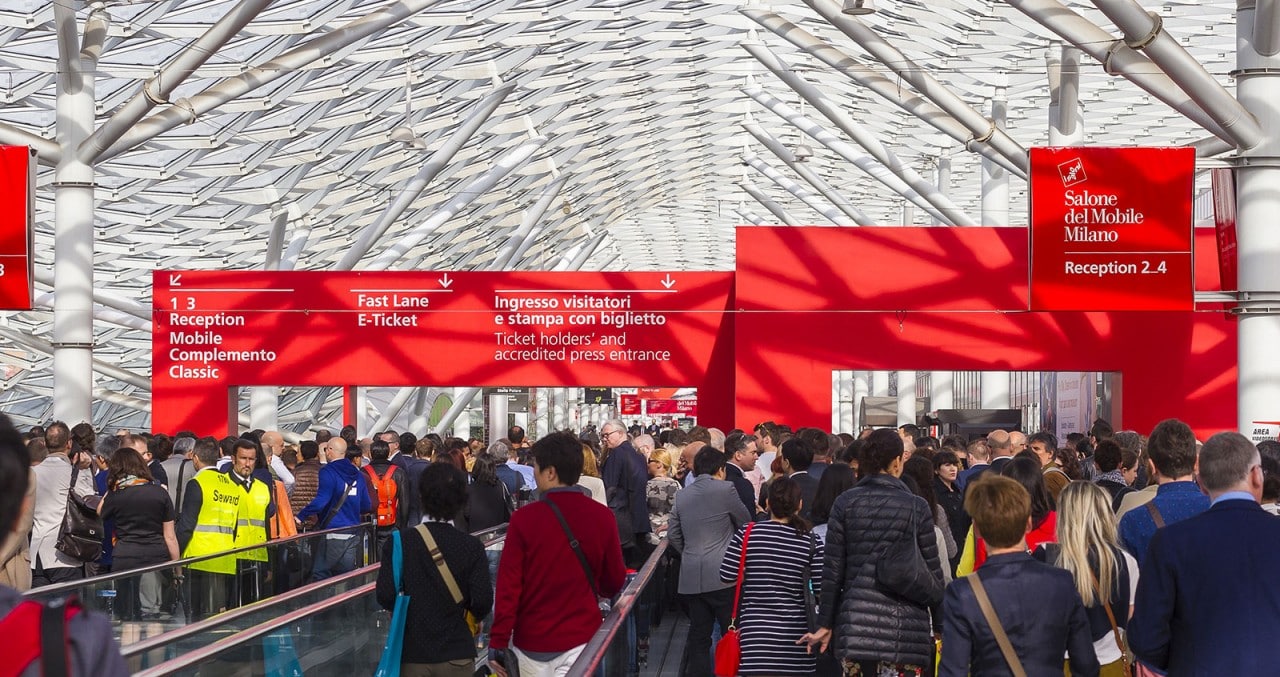 Perhaps because it is the Centennial of the Bauhaus or just more evidence that mid-Century Modernism is enjoying a protracted a Renaissance. But the 58th edition of Milan’s Salone del Mobile, the weeklong trend setting fair which closed this past April featured an extraordinary assortment of furniture that built on Modernist forms. The show was awash in bright colors, innovative fabrics, and ergonomic shapes that update and provide a lively contemporary interpretation of an epoch that although inspiring was known for a somber austere sometimes uncomfortable aesthetic.

Among the standouts was the new Libera Armchair from the Spanish firm STUA, which features arms and legs integrated into an elegant triangular shape that affixes directly to the seat. Available in two wood finishes and dozens of textiles and leathers, the Libera was inspired by Mies van der Rohe’s dictum “God is in the details,” and its design reflects a streamlined Bauhaus aesthetic. 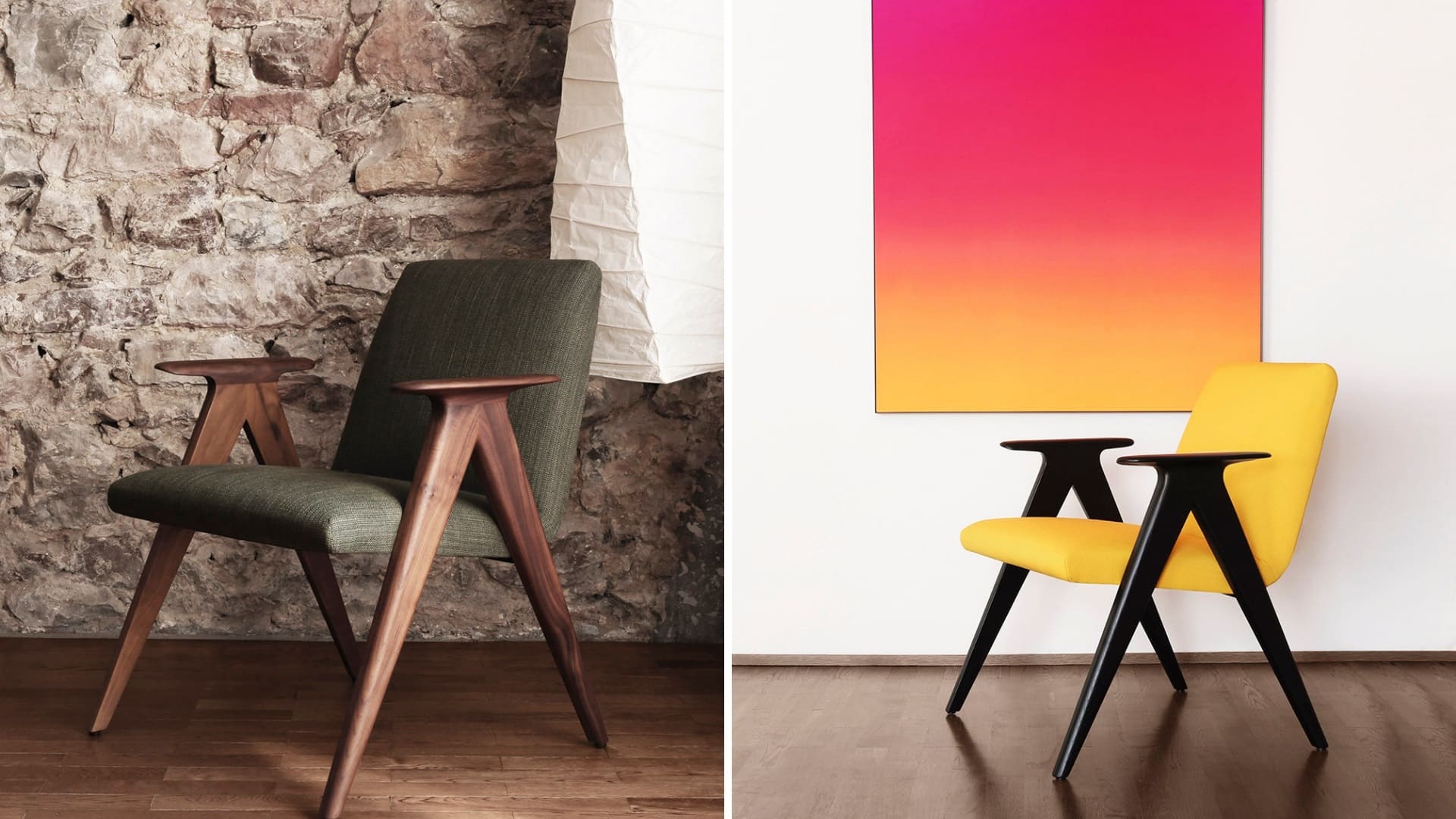 Walter Knoll also paid tribute to the Bauhaus with two chairs by Swiss designer Ginger Zalaba the Aisuu Chair and the Aisuu Side Chair, which were inspired by a drawing of a prototype fromZalaba’s grandfather the architect Otto Kolb who worked directly with Le Courbusier. The Aisuu Chair is a spare lightweight leather and metal chair with three tubes that meet at six points.

The related Aisuu Side chair features wings and was christened the “Love Chair” by Playboy magazine, when Walter Knoll originally brought it out in the 1950s. But perhaps because it was so Avant Gard, it didn’t catch on at the time. The new model is updated with ergonomics and luxurious finished leather. 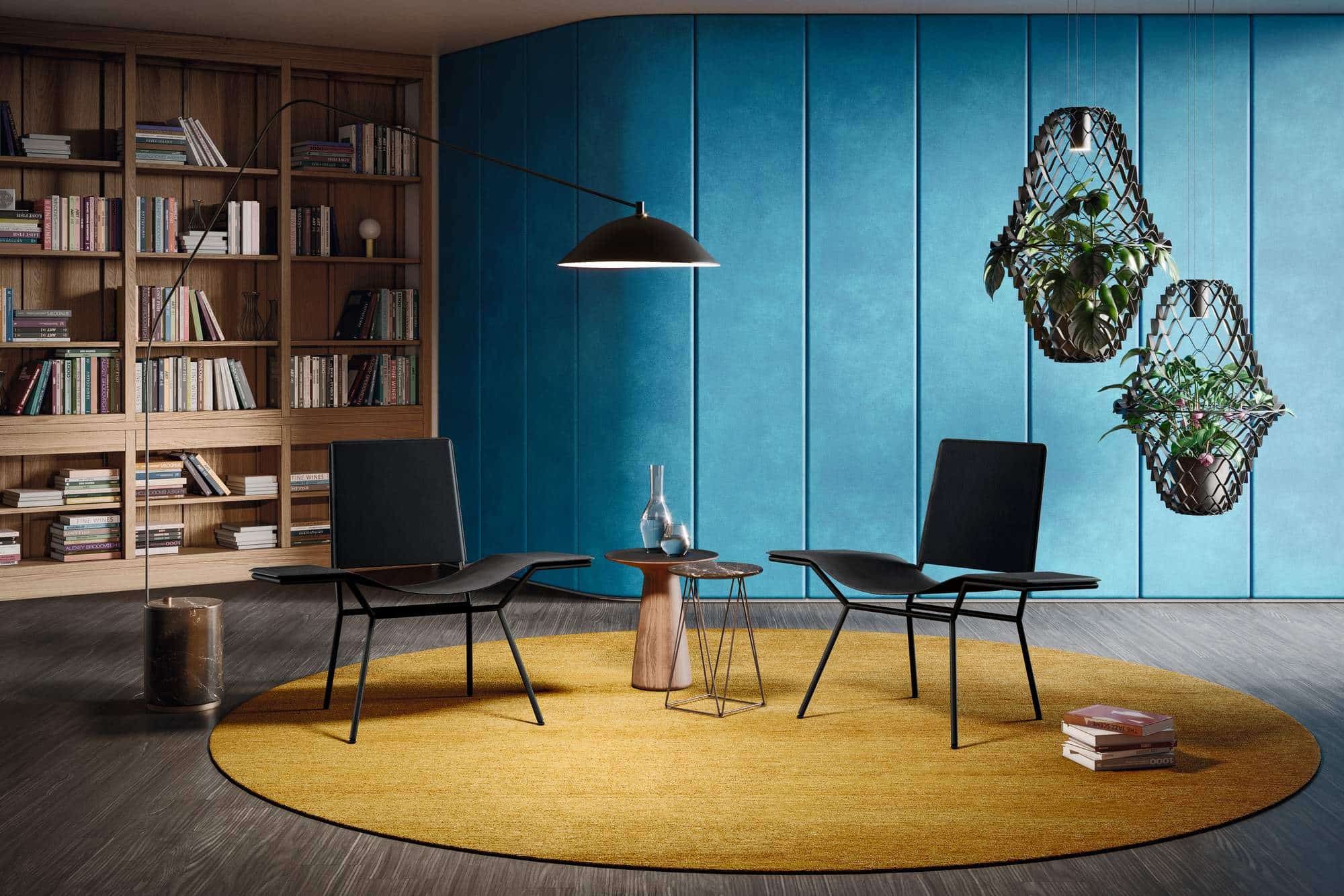 “Seriously attractive”, Swiss designer Ginger Zalaba has made Aisuu Side Chair something of a tribute. Courtesy of Walter Knoll.

La Cividina included in its display a new collection of modular upholstered furniture called Suiseki that is part of a new collaboration between the venerable Italian company and the designer Andrea Steidl. From afar, the collection which comes in a playful variety of sizes and shapes, looks as though it a series of boulders. Upon closer inspection, the sculpted forms make sense, especially the backrests which thicken as they reach their apex. In addition to providing for a variety of configurations, the varied depths, widths and heights of the various pieces provide for visual delight.

Form can follow function and all of that, but there is a distinct departure at this year’s Salon Del Mobile from Modernism’s high-minded concerns. Instead a driving concerns was to entertain and to enliven, while still paying tribute to the forms of the past.