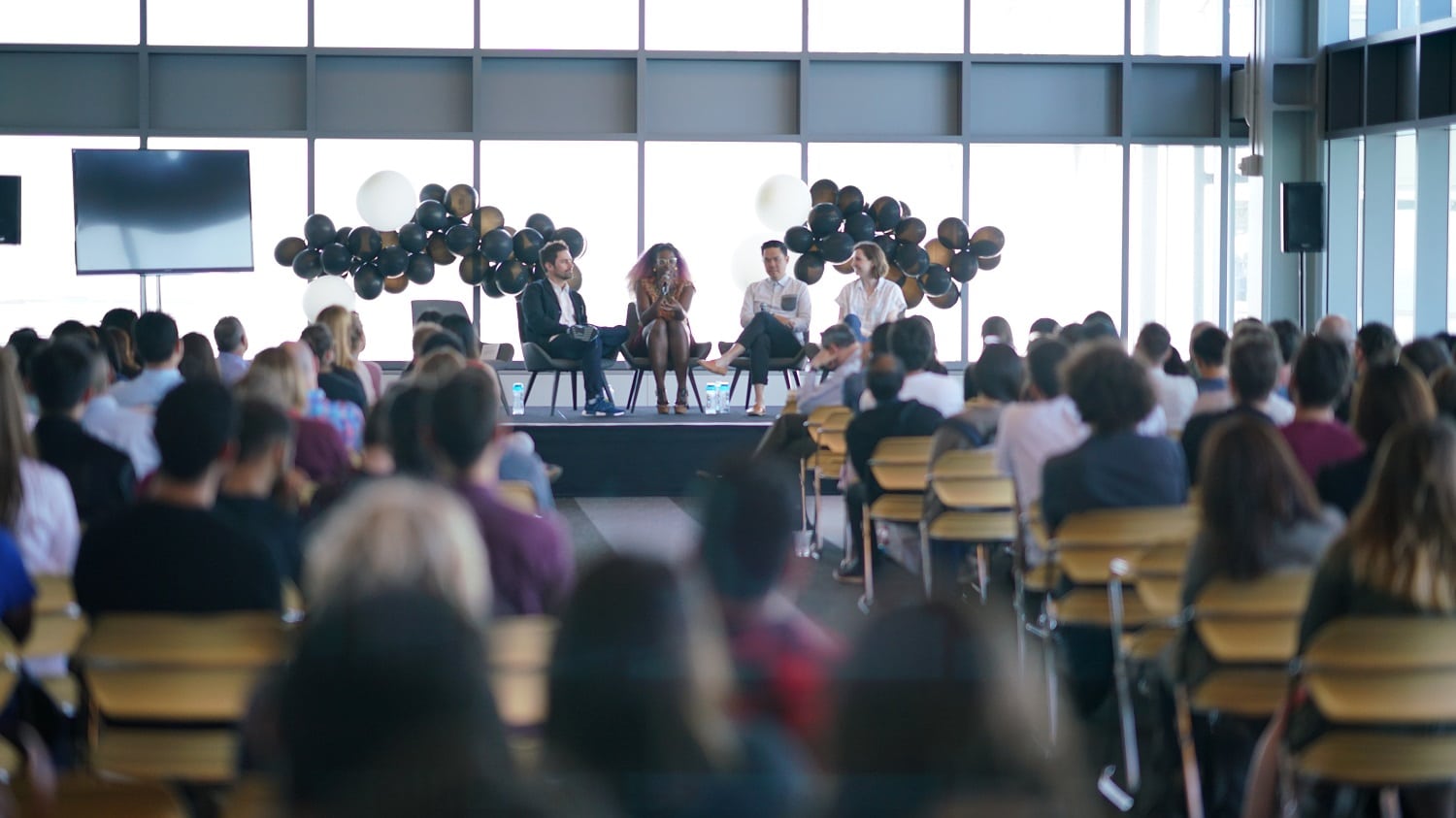 San Francisco Design Week is billed as the largest design festival on the West Coast: This year’s 10th-anniversary edition attracted around 40,000 attendees over the course of nine days, from June 14 to 22. More than 200 events covered a wide range of design-related topics, from fashion to film, furniture, bookbinding, sound, landscape, virtual reality and education.

Pixar Animation Studio’s director Mark Andrews let attendees in on his secrets of storyboarding and creating magic on the screen. At the same time, entrepreneurs from the budding cannabis industry discussed how innovative branding and design has helped eliminate the stigma attached to marijuana. And the folks from the nonprofit coffee company 1951 Coffee talked about designing for engagement and advocacy through hiring refugees and asylees.

“What’s unique about the design scene in the Bay Area is that it’s very supportive. There’s a camaraderie here, rather than people clawing their way to the top, and that encourages people to try new things,” said interior designer Gary Hutton during a conference on art and entrepreneurship.

Thirty years ago, the Bay Area wasn’t on anyone’s design radar, and was overshadowed by the likes of Milan, London, Paris, Tokyo and New York. But that has changed, according to Barry Katz. Professor of Industrial and Interaction Design at the California College of the Arts in San Francisco and author of The History of Silicon Valley Design, Katz lectured on how the Bay Area became a flourishing design hub. A big part of his explanation is Silicon Valley, where design has become an integral part of the innovation cycle.

“Silicon Valley wouldn’t have become what it is today without the contribution and role of design,” he said.

This ethos goes beyond a design-driven behemoth like Apple and traces its roots back to Hewlett-Packard. In 1951, HP became one of the first technology companies to hire an industrial designer, at a time when no one had even heard of the term. Today the role of design has expanded greatly.

Apple campus to open this year.

“I’m pretty sure there are more design firms working within 50 miles of San Francisco than anywhere else in the world. From startups to corporate design and boutique studios, we’re indisputably a global epicenter of design,” Katz said.

San Francisco’s infatuation with technology in recent years was obvious during Design Week, where ‘Design & Technology’ was the most covered topic. Technology even seeped into the art installations at the week’s central location, the Design Hub on Pier 27. An augmented reality exhibition organized by LOCZIdesign where 3D renderings of bodies made even yoga poses look eerie.

During a panel discussion, Paige Loczi talked about the role of art and technology in her work as a founder of the award-winning interior design firm, gallery and studio collective that bears her name.

“We’ll do architectural renderings of an entire room so it has the right glare and a realistic form because it’s helpful to translate what’s in our heads very quickly and it allows us to fill out what some people can’t imagine. But technology is only as good as the people who use it,” says Loczi.

The panelists agreed that art and technology go hand in hand.

“Engineering solves problems, but art asks really good questions, so we need the two of them,” says artist Rhonda Holberton.

At Box Clever, people explored some of the product design agency’s creations, beer in hand. The agency works for companies such as Knoll, Google, Samsung and watchmaker Nixon. Their bike racks, desk lamps and 3-D printed modular room divider. “It makes us feel part of the community and we really embrace the fact that the design world in the Bay Area is so diverse.”