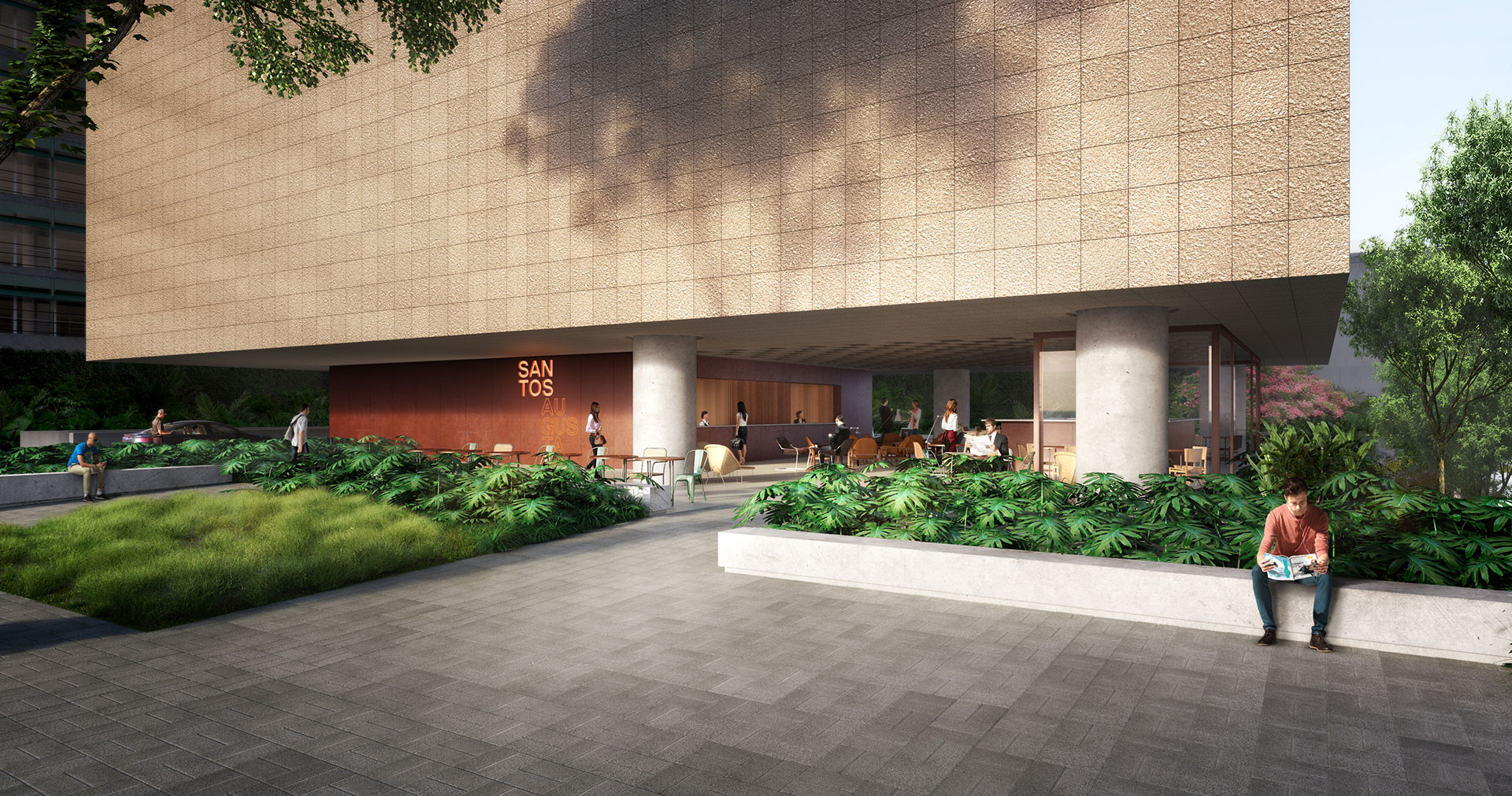 Browsing through the real estate ads of newspapers and magazines published in São Paulo leads to the conclusion that multipurpose buildings are the latest trend in this city, the largest in Brazil and South America. ArchiExpo e-Magazine outlines three iconic yet different examples of this.

This charming five-floor building is located on Oscar Freire Street, known for its many fashion shops and good restaurants. The French-Brazilian firm Triptyque Architecture designed the Mirador Oscar Freire, built in 2012 and commissioned by the contractor firm Reud. 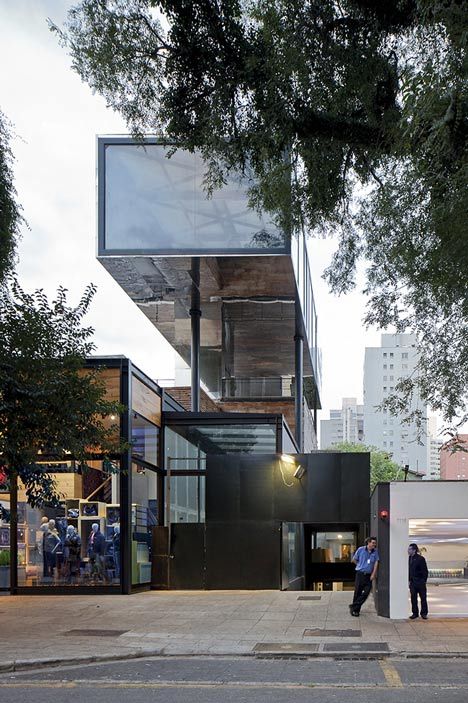 Fernando Tchalian, CEO of Reud, worked on the plan so the building would consist of two shops, a cafe, a restaurant and a bar. Tchalian spoke to ArchiExpo e-Magazine:

“Cafes with tables on the sidewalk make public and private spaces blend together. The bookshop combined with the cafe brings culture and diversity to the street mix of shops, while the shoe shop complements it. The restaurant makes the building a final destination, while the bar keeps people circulating until late, which improves the security of the area.”

“Our biggest challenge was not giving in to the temptation of occupying the spaces quickly, thus going against what we had planned in our long-term commitment to the area.”

Tchalian believes that the growing popularity of multipurpose buildings, of which Mirador Oscar Freire is one of the first examples, is not just a fleeting new fashion.

“In a large and highly populated city like São Paulo, neighborhoods need to evolve into ‘mini-cities’ with the diversity of urban facilities, making it possible for people to live, shop, work and enjoy recreation in the same area.”

In a city where high walls and security gates are still the norm, Santos Augusta’s ground floor is completely open to the street and has a cafe and a bar. This commercial building, also built by Reud, opened last May on the corner of two of the most important streets in the city, Augusta and Santos Alameda.

The 5th to 19th floors are occupied by commercial offices. A restaurant is located on the fourth floor, and a 450 m2 theatre situated on the second and third floors should be completed by July or August 2018.

Planned for 2021, 85% of the units of this predominantly residential building have been pre-sold since the project was launched last December. Most of the apartments are 29 m2 studios, but there are also 39 m2 and 69 m2 options. The eleven 130 m2 duplex apartments quickly sold out.

“Our main challenge was to create an architectural style that could provide both a separate identity to these different functions and a strong visual unity for the building as a whole. The glass finish unifies the building, while the ‘boxes’ with their horizontal ledges highlight in a minimalist way the different spaces of the residential area, the hotel and so on.” 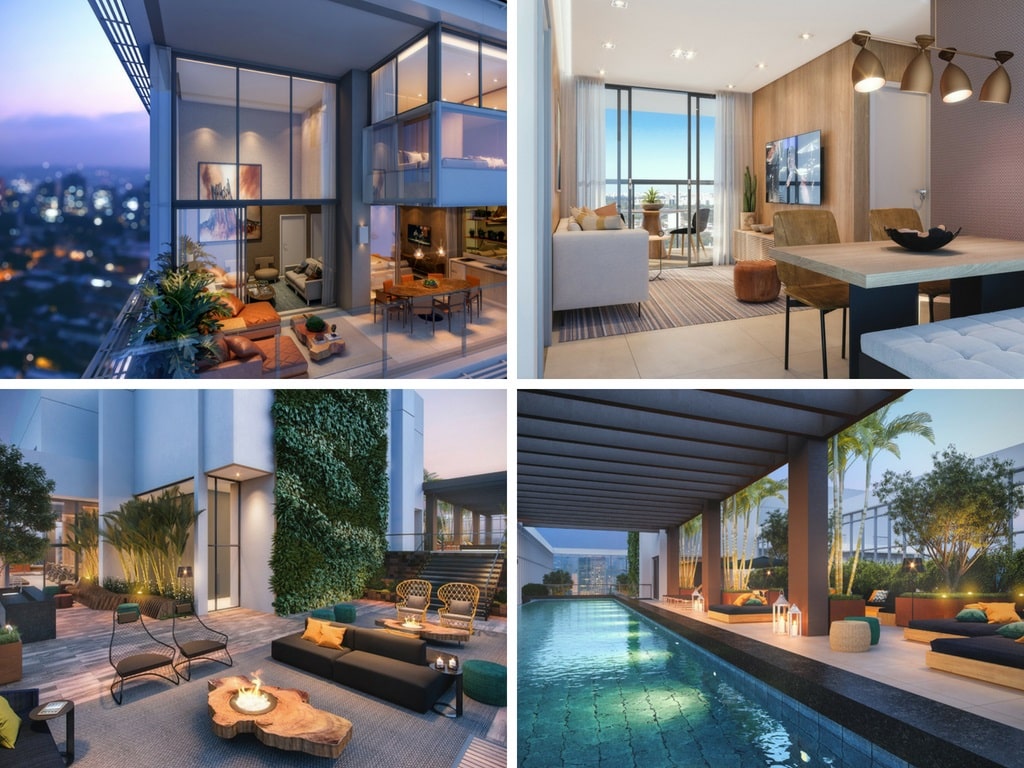 The frames within these ‘boxes’ are to be metallic structures covered by composite aluminum boards. The finish will be white on the outside and wooden on the inside.

The rich landscaping of the future building was designed by Benedito Abbud, Carlos Rossi and Consuelo Jorge Arquitetos will take care of the interiors, where neutral colors, simple but elegant shapes and the abundant use of natural light will stand out.

Avenue Rebouças, where Helbor Wide São Paulo is located, is a wide and busy road that connects the center and the western zone of the city. The new building is probably the most striking example of the new urbanization policies that are seeking a more people-friendly (rather than car-friendly) São Paulo.

“This multipurpose and open to the streets trend stimulates the occupation of public spaces, making streets safer and bringing the people a greater sense of belonging. It is here to stay.”