A colossal white elephant or the embodiment of cutting edge urban innovation and smart technology? Neom, a futuristic, $500 billion metropolis sprawling across the northwest desert of Saudi Arabia, divides opinion. Either way, the project—which is now in its early stages of development—continues to generate column inches.

Born from the “Saudi Vision 2030”, a plan to reduce the country’s heavy dependence on hydrocarbons (think Dubai on steroids), the Neom project was announced by Saudi Crown Prince Mohammed bin Salman in 2017.  Neom is  the combination of the Greek term neo (“new”) and the Arabic word mostaqbal (“future”). Its lofty aim is to create a world-class economic, scientific and technological hub on the edge of the Red Sea, a 25,000 square-kilometer “living laboratory” attracting the world’s finest minds and leading companies, not to mention a million inhabitants. John Rossant is the founder of the NewCities Foundation and a member of Neom’s advisory board. For him,

“Neom is probably the biggest single urban project in the world. We’re talking about an area roughly the size of Belgium. It will be a post-industrial city, with an emphasis on clean energy, foreign investment, and smart design.” 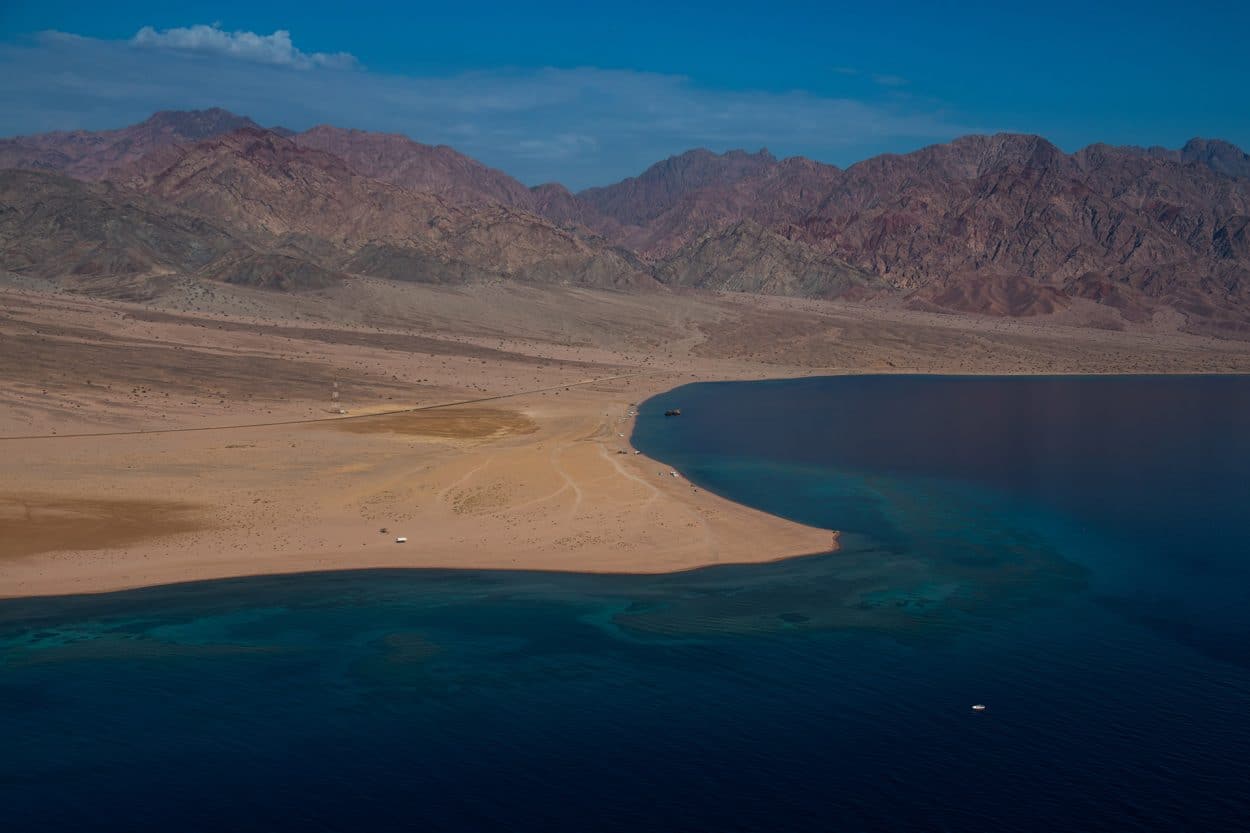 The future city of Neom will be built there. Courtesy of NEOM.

According to the Neom Company, the city’s first phase will be completed by 2025. Work has already begun on various infrastructure projects, with a commercial airport, staff residences and offices all now operational.  In September 2019 Neom awarded contracts to build and operate three new residential areas for construction workers with the capacity for 30,000 people.

If Neom does manage to translate itself from the drawing board into reality, technology will play a central role in the city’s development and day-to-day running, with plans for artificial rain, a fake moon, robotic maids, flying taxis and holographic teachers supposedly in the pipeline. As “a new blueprint for sustainable life“, it would be entirely run on renewable energy, not to mention desalinated seawater, with residents served by vertical farms and solar-powered greenhouses.

According to Neom’s founders, the city will be so advanced that robots will outnumber humans, while “everything will have a link with artificial intelligence.” Amongst other things, it will also be a state-of-the-art center for advanced manufacturing and medical innovation, spearheading genetic engineering efforts to improve the human body. According to Wael Hussein, a media and communications manager working for the Neom Company,

“One of Neom’s value propositions is to be an open laboratory for all innovators from around the world to come and experiment with their technologies. All the economic sectors within the city will showcase the latest and most innovative technologies, freeing up humans to engage more socially, instead of wasting their time on redundant daily tasks.”

Amongst its raft of hugely ambitious plans, Neom wants to attract potential residents by promoting itself as a cutting edge destination for health and wellbeing, with state-of-the-art medical facilities and “world-class” treatment of disease. Multi-specialty smart hospitals will be distributed across the city delivering an array of automated services, explains Dr. Maliha Hashmi, an executive director at Neom and Deputy Sector Head for the city’s Health & Wellbeing and Biotech Sector.

“This advanced system will be based on proactive prevention, not just treatment. The focus will be on pain management, muscular and skeletal diseases and cancer, as well as a balanced overall approach to wellbeing.”

A dedicated digital infrastructure, integrating genetic and smart technologies with artificial intelligence, will see Neom offer real-time assessments and “digital twins” to both residents and visitors.

“At the point of entry, everyone – both Neomians and visitors – will have the opportunity to have a digital twin of themselves created. This will lead to personalized and precise medical treatment. General treatment pathways will be removed and everything will be catered to a person’s specific genomic profile. These methods exist today, but simply haven’t been brought to scale at this level yet.”

Saudi currently spends an estimated $12.5 billion on overseas healthcare, so those overseeing Neom see the city’s development as an opportunity to redirect that money back inside the country.  Launched in 2013, the Saudi Human Genome Program (SHGP) aims to sequence the genomes of the entire Saudi population, leading to the early diagnosis of genetic disorders and preventing common hereditary diseases.

Biotechnology is one of Neom’s 16 priority industries, with the city aiming to position itself at the forefront of developments in gene therapy, genomics, stem cell research, nanobiology, and pharmaceutical manufacturing.

Back in 2017, plans for Neom were announced at the Future Investment Initiative conference – an annual event held in Riyadh to discuss global economic and investment trends. Given the city’s futuristic ambitions, it was rather apt that at the same conference, an intelligent humanoid robot called Sophia declared her Saudi Arabian citizenship – the first time in history that an AI device had been awarded such status.

When it comes to Neom, it’s hard to figure out just where the reality ends and the grandiose make-believe begins. The project’s advisory board is packed with internationally renowned tech and science luminaries, while Saudi Arabia has so far pumped $1 billion into Lucid, Tesla’s rival autonomous carmaker, which many see as no coincidence.

According to those overseeing the project, Neom has already invited tenders from a range of international firms, while plans are moving forward to build a road bridge to Egypt. Contracts have supposedly been awarded to Arup, WSP and Fugro NV, although all three declined to comment on their involvement. 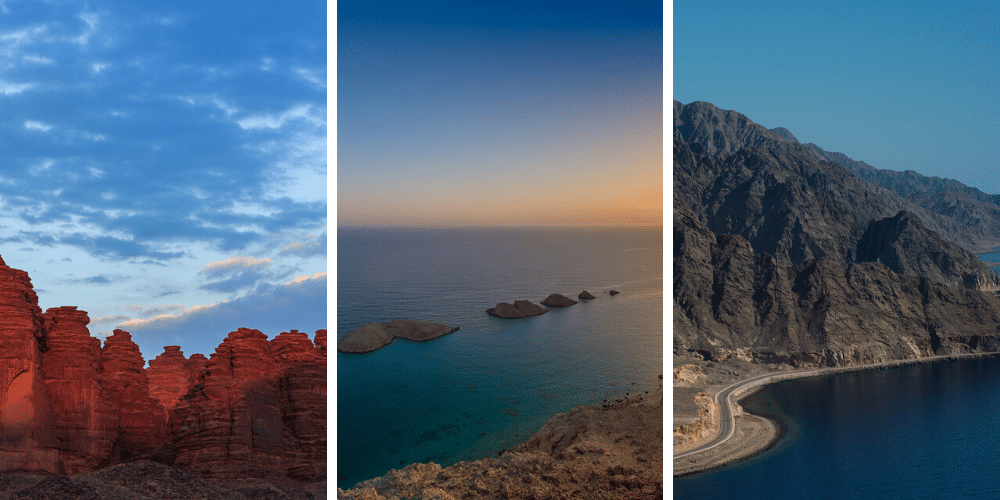 Going forwards, Neom will have to attract serious foreign money and foreign talent if it is to succeed – something which many of Saudi Arabia’s other supersized projects, such as King Abdullah Economic City, have so far singularly failed to do.

Hussein Ahmed, a tech analyst with UK-based data analytics and consulting company GlobalData, believes Neom can build on the experience gained in the development of other regional smart cities.

“Prince Mohammed bin Salman has seen the progress of construction in places such as Dubai and Qatar. If the lessons are learned, then they can be used as blueprints.”

But fellow GlobalData tech analyst Josh Hewer remains skeptical that the first stage of Neom can be completed by 2025.

“As a future city focused on cutting edge technology Neom is a viable concept. But I don’t think it’s deliverable in a decade.”

John Rossant also remains to be convinced of Neom’s credentials.

“I think it’s too soon to say whether this is a positive model of urbanization or not. New cities succeed when they grow on their own accord. Only time will tell whether Neom’s ideals, investment, and innovative intent can generate this kind of momentum.”

In any case, Saudi Arabia’s Neom project wants to push the boundaries of urban ambition.