The Big 5 Digital Festival: Building Smart and Resilient Cities for the ‘New Normal’ 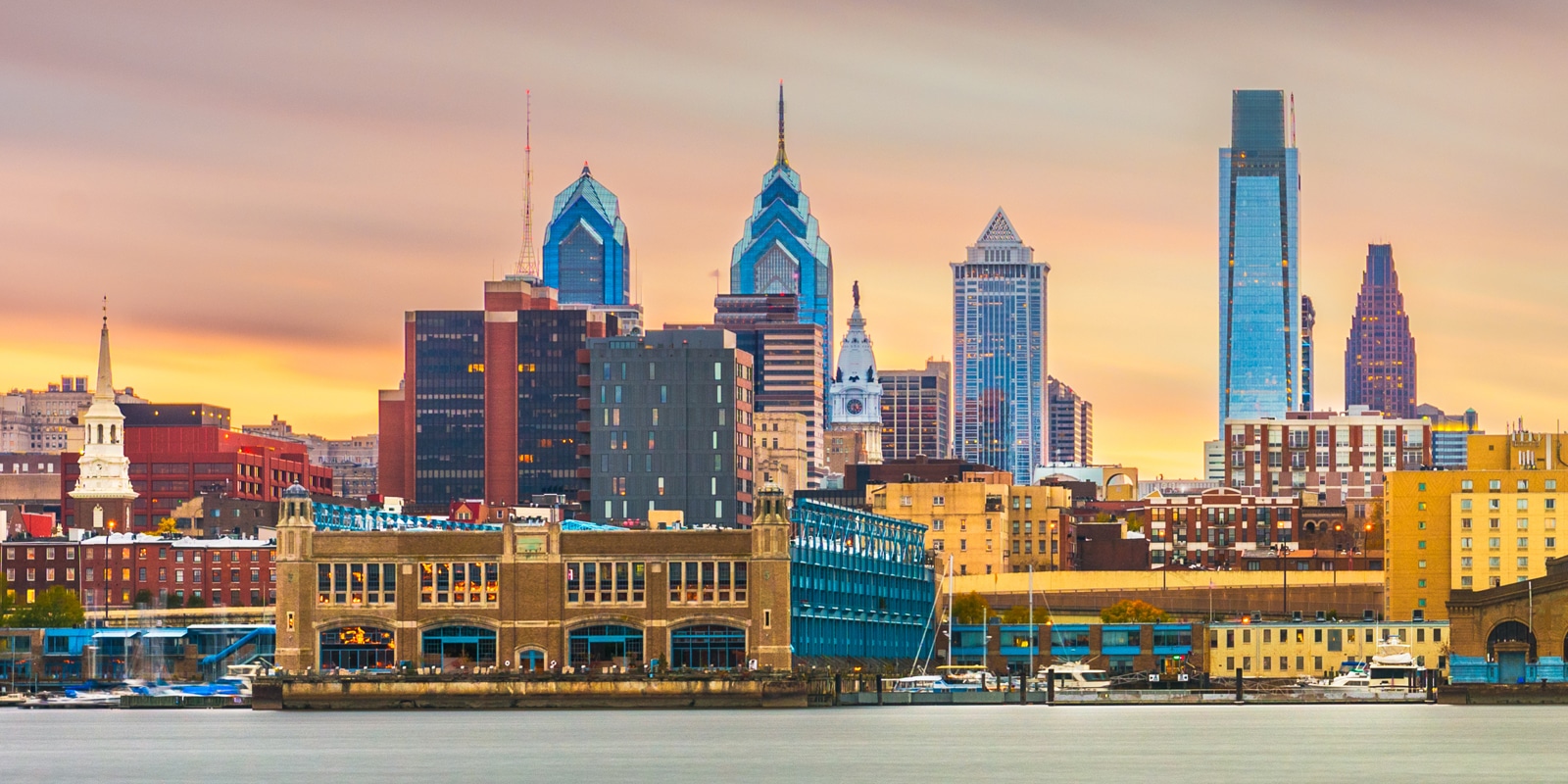 In a conference held on November 26, 2020, during The Big 5 Digital Festival, speakers discussed how agile cities and organizations responded better and quicker to the changing dynamics of the “new normal”. They also touched on how to enable cities to become more responsive, adaptable and make smarter decisions as well as how digital solutions might be the key to agile and robust infrastructure systems for cities.

Imagining the Cities of 2050

The global population is estimated to rise to 9.8 billion by the year 2050, according to the Green Building Council. The global flow area is predicted to increase by 100% and energy demand by 50%. If smart cities are a tool for improving efficiency and environmental impact, what might cities look like in 2050?

“I hope not to see a city full of smog with inefficient infrastructure,” said Emily Yates. “We’re going to have more technology hanging off street lights, more devices in the right-of-way, a chart for charging cars and connecting with citizens to provide services. I think we’ll see less traffic because we’ll be more efficient in managing it through technology.”

For Dr. Colin Russo, the imagined cities of 2050 will have managed to help us avoid potential catastrophes such as pandemics, global warming and world hunger.

“The great realization has worked,” he said in regards to what he visualized for 2050. “A lot would have had to happen, notably between 2020 and 2030. In terms of smart cities, instead of a light application of smart technologies for personal or home use, we’ll see governments partner together to agree on solutions, looking potentially to the United Nations or the World Health Organization [to reach] our sustainable development goals.”

The cities of 2050 will be required to accomplish quite a lot if our panelists’ imaginations come to pass. If smart city infrastructure is to be the reason behind why we will successfully avoid famine, reduce global warming and never encounter a pandemic ever again, which all sounds rather utopian, how do they suggest we transform our current cities?

“It means that those cities will have embraced ecologies of smart cities: objects, data and sensors that cities use to access information to create efficiencies,” said Dr. Colin Russo. “They would have had to create platforms that are interlinked, to create coordinated outcomes that are aligned to preferred futures and to avoid the worst.”

Shakil Ahmed had already published a story about what the city of Dhaka, Bangladesh, would look like in the year 2050. He described it as being extremely green with zero-waste buses and citizens playing freely in the streets.

“The snapshot was taken on the 20-year anniversary of our government celebrating the idea of gross national inspiration. We all gathered at the local Tomorrowland, a place in a park where, from time to time, we gather and imagine the future of our city.”

Just as Shakil Ahmed spoke of citizen involvement in generating the future city of Dhaka, the panelists agreed that in order for any transformation to take place, citizens need to have trust in their governments; currently, this is not the case. As Emily Yates mentioned, “In Philadelphia and in the US in general, trust in the government is at an all-time low.”

Decreased trust in the government seems to be flourishing around the world as tighter, more rigid restrictions are implemented despite the critically increasing number of unemployment and suicide rates.

“In Philadelphia, we’re on our second wave of COVID with the number [of cases] rising each day. We’re experiencing the effects of climate change as we’re located in between two rivers and we have social equity issues. We’ve had a lot of protests and uprisings as a result of some social issues.”

How can a smart city, which involves the use of technology and data to improve infrastructure and services, respond to these kinds of challenges, and how can citizens trust their governments to have their best interest at heart?

“We need to take a new perspective on what smart cities are trying to achieve. We’re going to need to develop public-private partnerships—plus universities and utilities. Everyone needs to come together.”

In regards to gaining citizen trust, there is one point worth considering which Shakil Ahmed brought forward.

“Most planning seems to be around benefitting the same sort of stakeholders. Given the social equity issues Philadelphia is facing, as well as other parts of the world, we need to creatively imagine how we will need to be in the city for a future that works for all of us.”

How do we disrupt the cycle of the beneficiaries in order to create a future which benefits everyone equally?

“It’s difficult when there are multiple power dynamics at play, but building trust is definitely important and is not a very costly exercise.”

Shakil Ahmed believes that bringing everyone together in the same room—those of various economic classes, the stakeholders, the urban planners, etc.—is what can help achieve this.

Some cities in democratic countries have tried to or succeeded in implementing controversial technology without first having an open dialogue with its citizens, a major faux-pas when the aim is to gain citizen trust. Dr. Colin Russo mentioned a city in Australia which began integrating facial recognition towers without citizen consent. He also pointed to Elon Musk’s brain chip technology called Neuralink, explaining that these types of controversial technologies in democratic countries will require a stronger strategy to instill trust in citizens.

A New Role for Cities: Sellers of Data?

In light of the current situation, the already broken system of certain cities is being put in the spotlight. Philadelphia is but one of many. 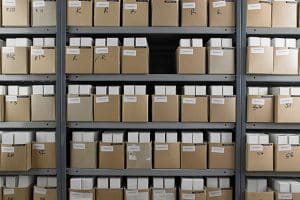 “One of the impacts that COVID has had on the city of Philadelphia is that we have a 750 million dollar budget shortfall this year,” said Emily Yates. “We are already known as the largest, poorest city in the U.S. and now we’re even poorer but we’re still being asked to provide services.”

In order to use the smart city strategy as a tool to solve current problems, Emily Yates believes the city needs to find public-private partnerships and utilize the resources it has that aren’t just financial.

“We’re also looking at the policies we have in place and how we can adjust them to be flexible for innovation. Cities aren’t really known for being adaptable. This new normal has shown us we need to pivot easier. Everything needs to be reconsidered.”

Everyone should reevaluate the role they play, according to Yates who stated that the city plays the role of providing key services and fundamental rights to individuals.

“In a large part, cities consistently do this; some aren’t doing as well as others, and in Philadelphia, we’re working hard to provide the same level if not better service. If that’s the role the city needs to continue playing then I think the business model is one that works. If we look to change the business model—and perhaps we become sellers of data, right? as a way of creating new revenue—we enter into murky waters. It’s something that needs to be considered. We have to ask: Does that align with what as a city our fundamental responsibilities are?”

Smart City Data-sharing System to Roll Out in 2030? 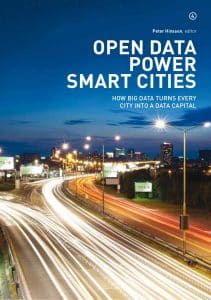 The biggest concern for citizens in the West seems to be about the sharing or selling of their personal data, notably the idea that ‘Big Brother is watching’. However, cities around the world are dealing with broken systems, unable to provide the proper services to their citizens.

“Smart cities must be embraced within a vision, a wider view, and not just a narrow vision,” said Dr. Colin Russo. “We need to embrace systems that are outside the normal business systems of the organization. By working with the community as well as stakeholders outside the city, we can look at the bigger picture and identify the potential futures those involved would like to see.”

And while some citizens, of various countries, wonder how their government is able to afford the smart city transformation at a time when millions of people have lost their jobs, Dr. Colin Russo remains positive.

“The interesting thing about Smart cities now is that we’re starting to get products that create crowd-sourced knowledge like a wikipedia-based system of gathering information online; and sorting through problems and solutions via the internet.”

Dr. Colin sees the potential in this data-sharing system and hopes to see it up and running by 2030. He views technology as a way to link people and the environment together, with the main role of assisting us to find solutions to current and future problems.