Home » The House: All About That Glass

The House: All About That Glass 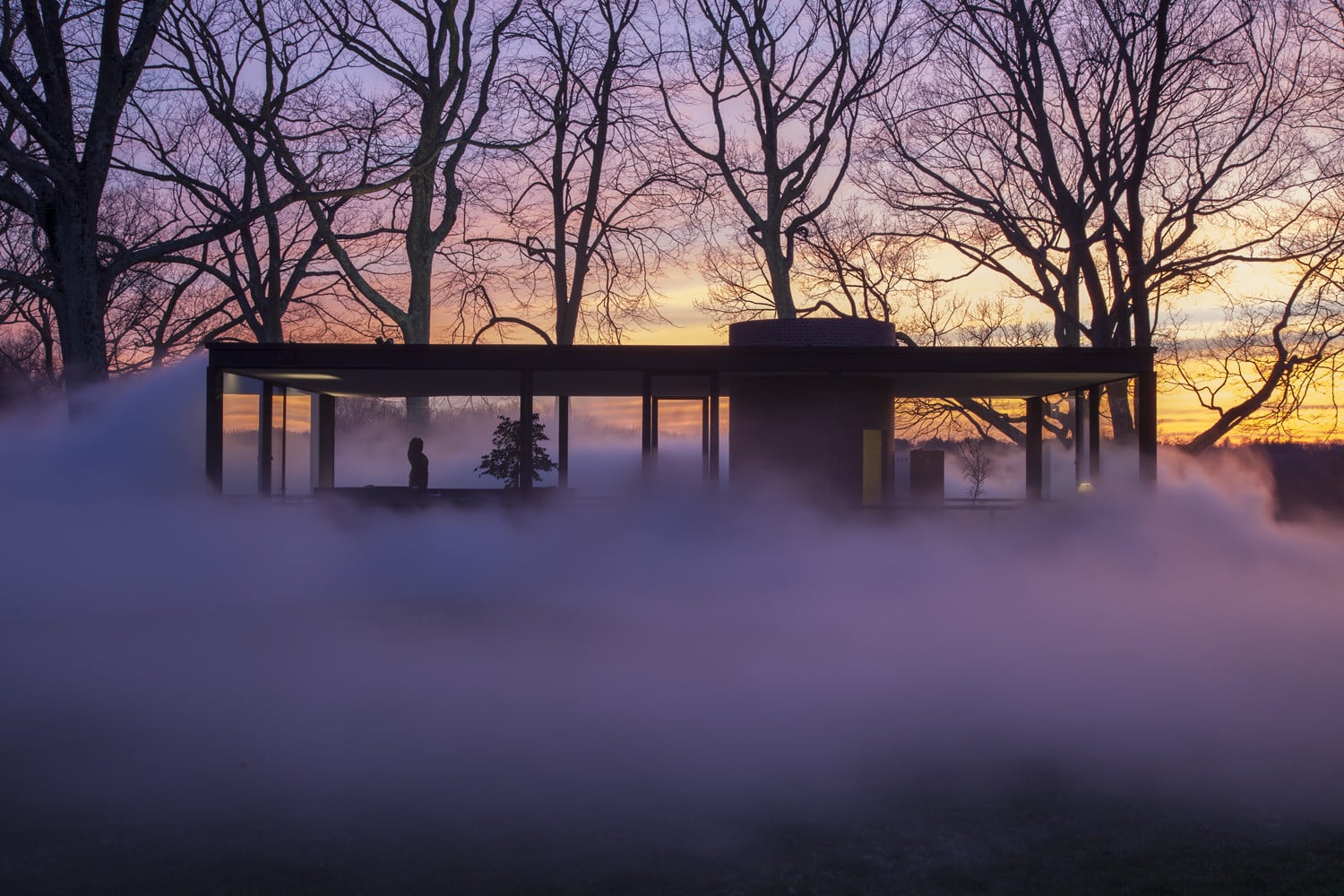 Known to the ancient Egyptians, glass was first used to create small decorative objects. With time, processing became more efficient and economical, leading to its usage for larger objects and structures such as buildings and houses.

The birth of the Maison de Verre in 1932, built by French architect Pierre Chareau and Dutch architect Bernard Bijvoet, opened up a world of possibilities for using glass in construction projects, inspiring architects worldwide to use this versatile material.

The Maison de Verre was one of the first examples of the juxtaposition of traditional building materials like steel with glass. The Modernist Period saw wider use of glass, including the Glass House by American architect Philip Johnson.

Completed in 1949, just before Ludwig Mies Van der Rohe’s Illinois Farnsworth House, it was one of the first of its kind in the United States.

Christa Carr, Glass House communications director, told ArchiExpo e-Magazine the story behind its creation. Listen to the Soundcloud clip below for the exclusive interview.

The Glass House commemorates its 10th anniversary this year as a National Trust for Historic Preservation site. A fundraising event hosted by Norman Foster and Robert A.M. Stern was recently held on its premises, celebrating the timeless beauty of this glass masterpiece.

External forces can affect the suitability of glass as a building material. But modern treatments are designed to increase its resistance to shock and confer insulating and other characteristics.

AGC Glass from Japan has developed various types of “super architectural glasses” which can be used in different areas of the house. Insulating Glass traps heat within the building, preventing its loss and contributing to the comfort of the occupants. Their Laminated Glass is made of several sheets of glass separated by PVB plastic film. If it breaks, fragments remain attached to the film, protecting people from flying glass.

One of their stronger products is Toughened Glass, produced by heat treatment and five times stronger than ordinary glass in terms of resistance to physical or thermal shock. Homes may include a combination of these different types of glass, often in steel or wood frames.

Stay up to date with AGC Glass through the online exhibition site ArchiExpo.

Glass Inside and Out

Karasawa explained to ArchiExpo e-Magazine that he used “a normal float glass with a thickness of 10 mm.” He added that the size of the glass is nearly the maximum the manufacturer can produce.

“I installed a special “mirror curtain” allowing people to see outside from inside but people cannot see inside from outside. The mirror curtain is made with polyester, and it reflects sunlight and shines like a glass block or crystal when sunlight comes inside, especially in the morning.”

While its facade is made entirely of glass, the sisal hemp and oak flooring “make the space more natural and human,” the architect said.

Karasawa was in Paris recently for the opening of “Japan-ness: Architecture et urbanisme au Japon depuis 1945” at the Pompidou Center Metz. The S-House was featured on the cover of the catalog. Karasawa’s team is currently working on a daycare project in the Philippines. Windows consist of a series of glass panes set at different angles, mixed with mahogany elements.

The Invisible and the Rotating

Building a glasshouse has become easier nowadays with various glass manufacturers and suppliers to choose from. Guardian Glass launched their latest campaign called “The Invisible Glass” which offers a range of creative tools highlighting the benefits of using their invisible glass. Order a free sample of the invisible glass to check it out and consider including 360° rotating and sliding doors with the aid of Portapivot’s invisible pivot hinge kits called “Stealth Pivot” which can be ordered at their new B2B E-commerce store.