India, like China, has begun to face mass urbanization. According to the Indian Ministry of Urban Development, 70% of the Indian population (814 million people) will be living in cities by 2050. Creating the cities of tomorrow has, therefore, become an overriding imperative.

To satisfy the needs of a large population under the same roof, urbanization must evolve into its most intelligent state. The term “smart city” has been circulating. According to the global growth consulting firm Frost & Sullivan,

“Smart cities are an evolved state of urbanization where the application of technology integrates diverse individual entities such as buildings, utilities, authorities, infrastructure and industries.”

Prime Minister Narendra Modi has already taken action and announced the construction of 100 futuristic smart cities by 2022 to accommodate this booming population. A trillion dollars have been put on the table to design new intelligent cities and their smart technologies that will integrate all infrastructure and utilities and create a self-sustainable habitat to improve quality of life.

GIFT (Gujarat International Finance Tec-City) is being built according to these principles. Located in Gandhinagar, capital of Gujarat state in Western India, the soon-to-be first Indian smart city will be a financial hub and provide residential and recreational areas along a river bordered with gardens and energy-efficient skyscrapers.

But what makes GIFT India’s futuristic showcase? It is designed to monitor many aspects of citizens’ daily lives to deliver services in a faster and more efficient way with wiser use of natural resources and minimal impact on the environment. 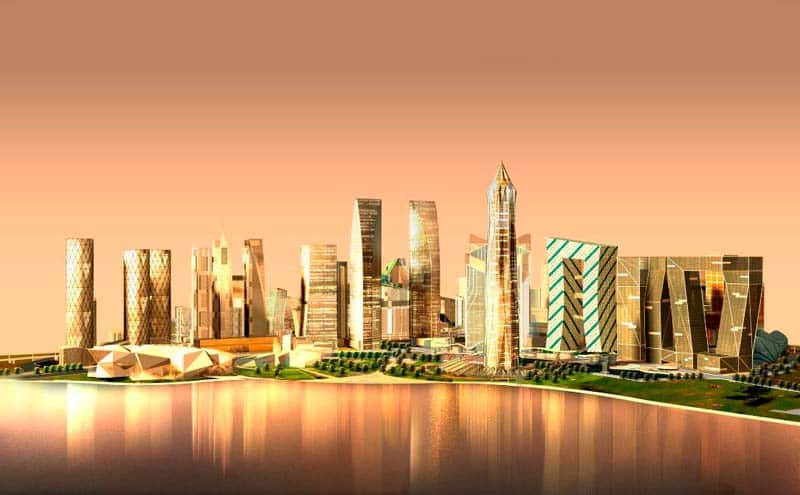 Using Information and Communications Technology (ICT), a single city-command agency will coordinate all utilities and services, from roads and transportation to water distribution and the waste management system, and will also ensure security and surveillance. For example, thanks to power grids and smart meters, water and power waste will be limited, as the system will assess how much energy and resource is being used by every household and will deliver services according to this assessment.

A network of sensors, cameras and data analytics will enable the delivery of e-services to the citizens, save energy, reduce pollution levels and carbon footprint, and cope with irregularities in real-time. For example, a vehicle tracking system called Geo-Fencing will provide useful data to improve road and parking conditions, which will provide better traffic management and help locate stolen vehicles.

With a growing number of citizens, the main challenge will be to efficiently manage solid waste. The automated pneumatic waste system that has been elaborated is intended to maximize resource recovery, minimize the impact on the environment and the required human intervention, and increase the aesthetics of the city. The waste will no longer be visible. The streets and the apartments will be equipped with a garbage disposal system that will collect and carry away waste through underground vacuum pipes at a speed of 90 km/hr. It is a combination of underpressure and overpressure that will enable to transport waste with low energy consumption. The whole system will be remotely computer-controlled by operators located from the waste station. The material will then be treated through plasma gasification. Waste trucks won’t be needed in the city anymore to collect the garbage. This will result in fewer traffic jams and CO2 emissions.

Designed by the Swedish company Envac, this pneumatic waste collection system is expected to handle more than 400 tons of waste per day, resulting from the 25,000 apartment of the future smart city. The same system is already in use in various areas, including Disney World in Florida. 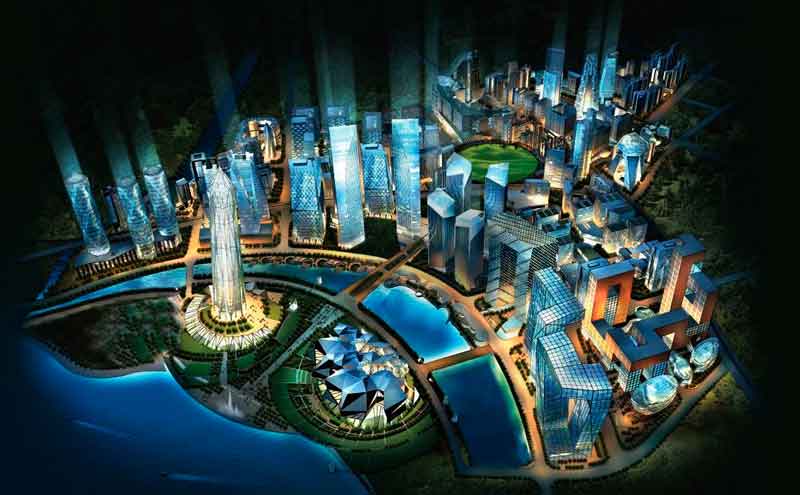 “It is a 180-degree shift from where we are now in India,” said Vishal Sharma, the associate vice president of Smart Utilities, India’s first integrated utilities company.

Yet an integrated and intelligent township is already operational.

Developed in 2009, Khed City is one of the largest integrated development projects in India and gives a glimpse of what a future smart city will look like. Located near Pune, in the state of Maharashtra (Western India), the city is based on creating equilibrium with the surrounding nature.

“Here, we are developing green tech, starting from green energy, wind energy, solar energy. We are building green buildings. The idea is to get back to nature,” said Muktesh Sheth, marketing and business development manager.

The city has been designed for perfect harmony with nature and adapts to the local topography. Located 650 meters above sea level on rugged, undulating terrain, Khed City was challenging to develop. The developers had to use BIM (Building Information Modeling) software to visualize different designs that integrate the irregularities of the terrain and steep slopes to create robust land management systems and an efficient road network.

Smart water infrastructure integrates recycling and rainwater harvesting to provide potable water with near-zero loss. The site unites export-oriented non-polluting industries and R&D facilities, which currently employ 4,000 people. The city focuses on the walk-to-work approach with many pedestrian streets allowing residents to live near their work. 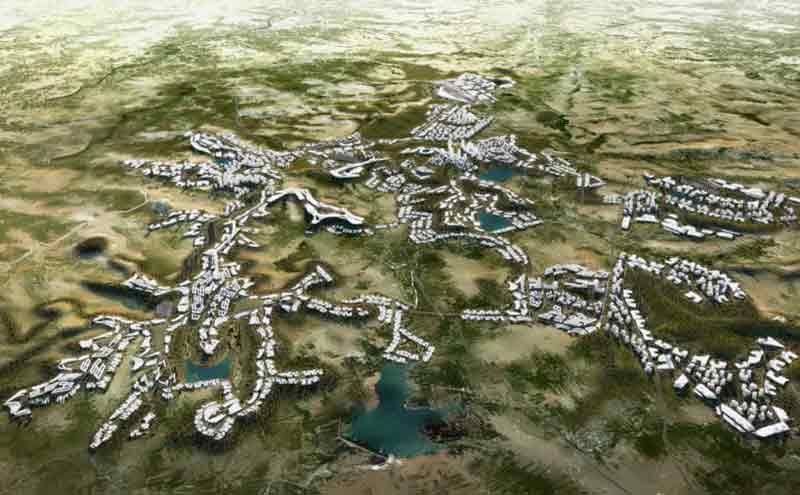 “A good example of smart cities is in Japan. We are applying in India things that have been developed there,” said Muktesh Sheth. Tokyo has indeed been regularly recognized as the most intelligent city in the world for the implementation of renewable energies solutions.

Fujisawa Sustainable Smart Town, which opened in a Tokyo suburb last November, could also become a new model smart city. All houses are equipped with solar panels and information systems on their energy consumption. The town is aimed at being sustainable for 100 years.

All facilities under one umbrella

“There are zones in India that needed to be taken care of. It is a big move. The idea is to bring all facilities under one smart umbrella and develop intelligent physical infrastructure,” said Sharma.

Among the technologies designed for next-generation cities are smart grids aimed at improving the delivery of services (water, electricity and gas). One of the other challenges is dealing with solid waste, for example, converting garbage into energy.