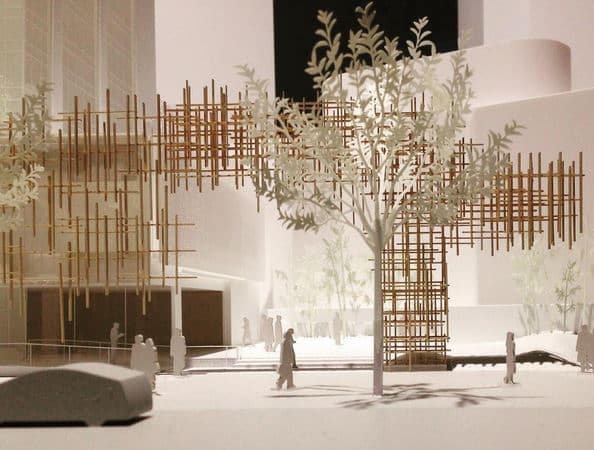 On June 18, 1908, the Kasato Maru arrived in the Brazilian port of Santos. Onboard were the 781 Japanese passengers who would become the very first immigrants from that Asian country to settle in distant Brazil. Almost 110 years later, this country hosts the biggest Japanese community outside Japan, with 1,1 million Japanese natives or descendants.

São Paulo is the first of only three cities in the world chosen by the Japanese government for the establishment of a Japan House, a cultural and business center. The Japan House facilitates public exhibitions, seminars and workshops in Japanese arts, design, technology and gastronomy.

The government’s idea is to show the best of 21st century Japan, but without neglecting her rich traditions. The other two cities chosen for the Japan House project are London (later in 2017) and Los Angeles (2018).

One of Japan’s finest and most renowned architects, Kengo Kuma, in partnership with Brazilian architecture company FGMF Arquitetos, designed São Paulo’s Japan House. It opened to the public on May 6, 2017, and is located on Paulista Avenue, the busiest and most important street in this giant city.

“Paulista Avenue is actually quite green, despite the overwhelming presence of concrete. In order for our design to naturally merge into this environment, we aimed for a building that could blend seamlessly into this mixed urban environment,” Kengo Kuma told ArchiExpo e-Magazine.

The three-story building covers 2500 square meters, housing many open spaces with natural light and few conventional walls. This contrasts with the typical Japanese mobile partitions made from an artisanal type of paper called washi. This results in modular “walls” that can be moved to vary room size and ambiance.

The biggest technical challenge was the wooden facade. It combines the use of wood in the style of Buddhist temples with the Brazilian cobogó, a lace patterned construction style originating in the northern city of Recife. 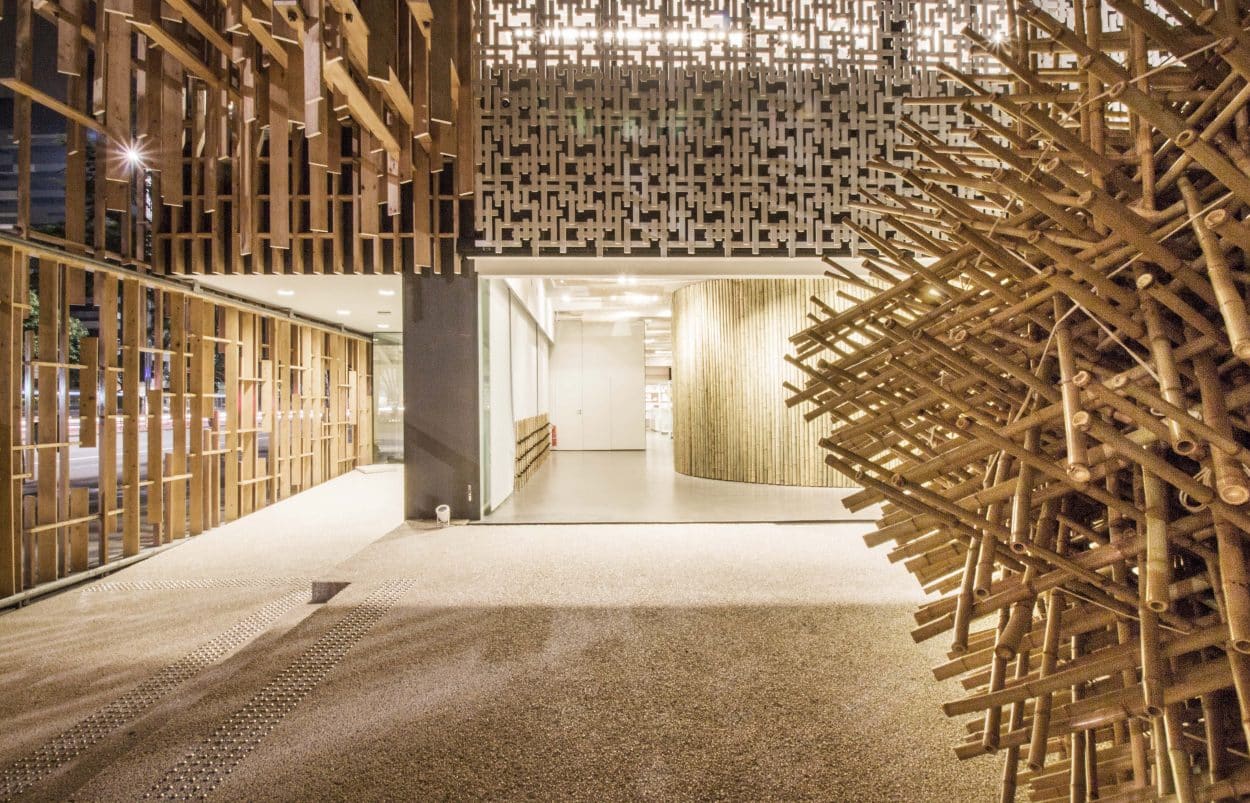 “We had anticipated that the wooden framing by Japanese carpenters might have been challenging if we had to do it on site from scratch. Therefore, we initially pre-constructed everything in Japan, checked the structure and its appearance, then dismantled and transported everything to Brazil. The same craftsmen from Japan subsequently reassembled it on site. It came out beautifully thanks to everyone’s efforts,” explains Kuma.

Kuma is recognized worldwide for his ability to mix different sorts of materials and integrate nature with buildings. Chosen to design the main stadium of Tokyo’s 2020 Summer Olympic Games, he will also be the subject of an exhibition that will take place in the Japan House from July to September.

The Japan House will host at least eight art exhibitions a year and will have an annual budget of 102 million reais (31 million dollars), almost three times greater than the Museu de Arte de São Paulo, the city’s main art museum. It also contains a library, a multimedia center, an auditorium, rooms for business meetings and workshops, two shops, a restaurant and a cafe.