Home » Boat Trips Around Manhattan by the American Institute of Architects

Boat Trips Around Manhattan by the American Institute of Architects 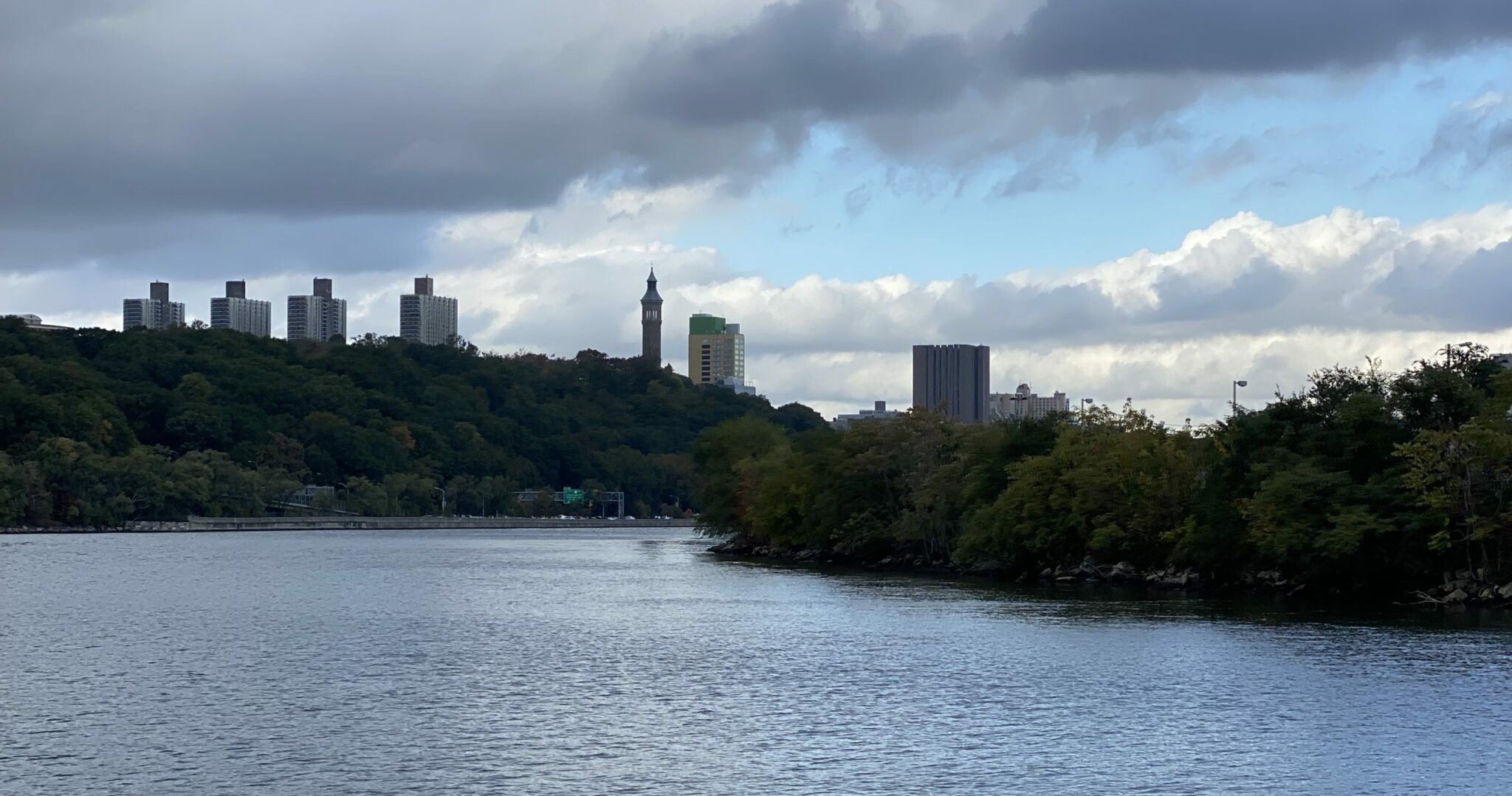 Our journalist Alex Ulam took a boat tour around the island of Manhattan earlier this month with architectural historian John Kriskiewicz to learn about the city’s “greened up” waterfront.

During the modern era, cities prioritized buildings over public open spaces. But in the new age of urban planning, some of the most important new architecture actually is designed to accommodate landscapes. One such example is New York City’s waterfront, where the city has revitalized enormous post-industrial stretches of coastline with a new generation of parks and some of the boldest designed buildings in the world.

You can get some of the best views of the seismic changes New York has undergone in the past several decades on one on one architectural boat tour around the island of Manhattan hosted by the American Institute of Architects. Indeed, although I have been a resident of New York for more than three decades, I discovered a host of new vistas that I hitherto had not encountered from the glass observatory of the historic teak decked yacht, while our guide, architectural historian, John Kriskiewicz explained the significance of the various sites we were passing.

Our 2.75 hour narrated trip took us around the 35-mile circumference of Manhattan and we passed under 19 bridges from various eras including the oldest in the city. The massive stone High Bridge dates from 1848, and with its high arches, it looks like an aqueduct from Roman times. It was designed to carry water from the reservoirs miles away in the suburbs and was part of the first modern aqueduct system in the city. We also passed under the gargantuan doubled decked suspension bridge, The George Washington Bridge which spans to New Jersey. It opened in 1931, and is still the busiest in the world, carrying more than a million cars a day.

Several of the groundbreaking early industrial Twentieth Century structures along the city’s waterways didn’t seem to have been designed with an eye towards their aesthetic impact. One example is a series of large eerie-looking brick structures we passed with vents for windows that rose straight out of the river. These buildings help remove the fumes from the Holland Tunnel, the first mechanically ventilated underwater tunnel in the world.

Walking tours of New York you can get the local view of neighborhoods and see its dynamic street life, but along the waterfront, you can see the massive infrastructure that makes the city work. As Kriskiewicz, told us:

“If you are taking a boat tour, you are seeing the city on the scale of Robert Moses [the 20th-century master city planner responsible for many of the bridges and tunnels that connect Manhattan to the rest of the city],”

On the boat trip, we also saw lush new parks, Hudson River Park, The High Line and Brooklyn Bridge Park, which are populated by joggers, cyclists, and people out for a stroll. These parks have played a key role in revitalizing the West Side of Manhattan and the Brooklyn waterfront. Several decades ago, these green spaces were desolate trash-strewn former industrial sites slated for a model of development that prioritized architecture over landscape architecture. But grassroots movements began successfully fighting against out-of-scale development projects and parks were built in their place.

The relatively new waterfront parks are fundamentally different from earlier generation inward-looking sylvan escapes, such as Prospect Park and Hudson River Park, which served as escapes from urban congestion. They engage the city’s biggest natural feature, the water, and also look markedly different from their predecessors, which were designed with stock fixtures, street furniture and representational statues of various war heroes and political figures. The new waterfront parks, in contrast, feature custom-designed street furniture and modern abstract public art.

The waterfront parks helped set the stage for a flurry of adjacent real estate development defined by some of the most striking edifices in the city. We passed the pixilated curtain walled 100 Eleventh Avenue which consists of a festive array of different colored and different sized windows designed by French architect Jean Nouvel, whose design is said to be inspired by the eye of an insect. Another unusual structure is Via 57 designed by Danish architect Bjarke Ingels, which is a triangular building with a special gravity defiant-looking sail-shaped façade.

One of the most beautiful and intimate looking sites we passed was the five-acre Swindler’s Cove along the Harlem River in an underserved area of Upper Manhattan, where a former illegal industrial dumping site has been completely revitalized by a nonprofit called the New York Restoration Project with wetlands, indigenous plantings and even a freshwater pond. As opposed to many parts of New York City’s waterfront where you are separated from the water by massive bulkheads, here you can walk down to the river and actually get your feet wet.

New York continues to raise the bar along its waterfront with stunning new design statements such as the recently completed Little Island, a small artificial park with amphitheaters and curved walkways that looms above the river on what looks like giant concrete mushroom pods. The brainchild of the British designer Thomas Heatherwick, Little Island is currently one of the most popular tourist attractions in the city and was thronged with visitors when we passed it.

The biggest new development we saw was the shimmering towers of Hudson Yards, the largest development in Northern America, which features some of the priciest retail shops and residences in the city.  This massive mixed-use development, with its giant award-winning landscaped plaza, is mostly built above large active trainyards that have been decked over to conceal the noise and pollution.

By the time we returned to the Chelsea Piers, where there are a series of derelict former waterfront structures that have been converted into massive sports and entertainment complexes, I was struck by the ingenuity of the people who have contributed to building New York City. I also had a much deeper understanding of the impact of the recent greening of the city’s waterfront.

Although it might not be quite the engine of economic development that New York City’s industrial waterfront was during the nineteenth century, the new generation of waterfront parks has significantly boosted the city’s fortunes in the twenty-first century and made it a healthier and more beautiful place to live. It is also inspiring to see how the city continues to reinvent and redefine itself.