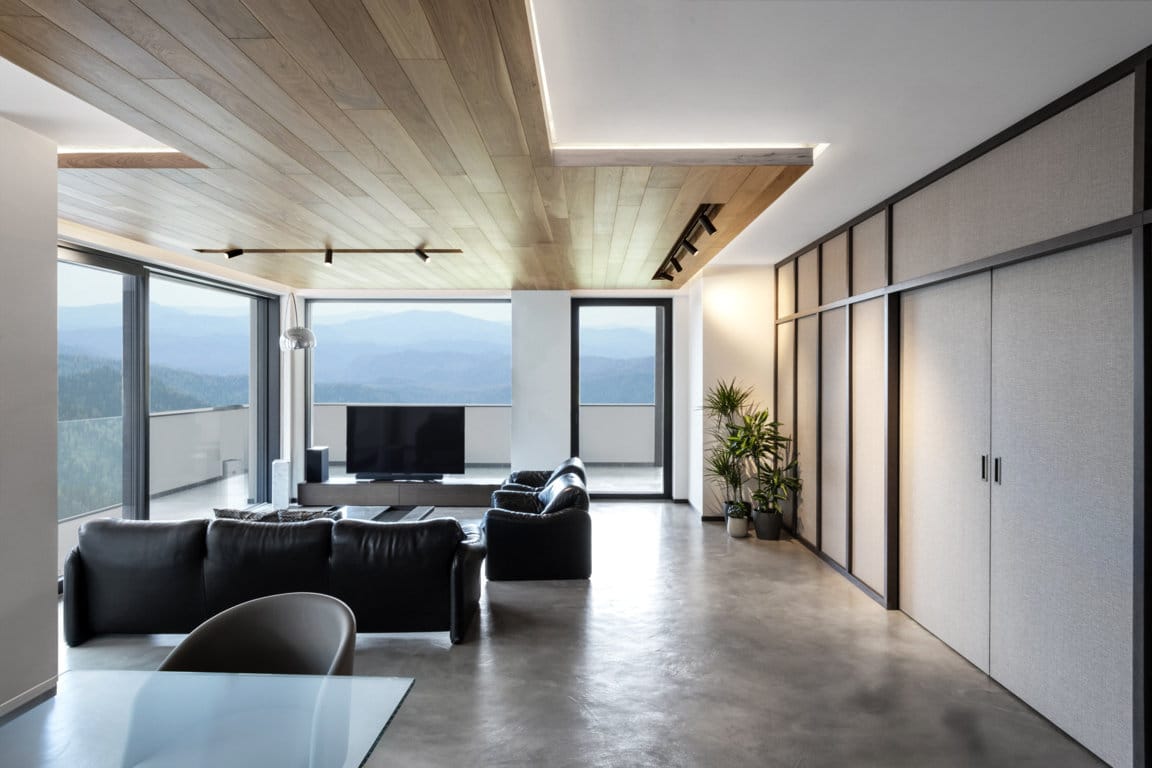 Buzzi & Buzzi, a leading Italian company in the development and production of lighting fixtures with distinctive design and high performance, has signed the lighting project for a prestigious private villa in Darzo, Trentino Alto Adige (northern Italy).

The architectural project, conceived by architect Alberto Di Camillo, was deployed on a natural slope surrounded by the greenery of nature near Lake Idro and was and was born from the client’s need to create a constant dialogue between the outside and the inside; a goal that was sought through a skillful play of shapes, volumes and lights, in full respect of the local tradition and materials research.

Through these inputs, Buzzi & Buzzi, a lighting company that has made experimentation with materials one of its strengths for more than 30 years, understood the need to make the most of the spaces of this villa with its unique concept through light.

Buzzi & Buzzi’s light guides the observer along a path that cleverly alternates between mood lighting and general lighting, without interrupting the continuity of spaces or materials that coexist with light in total harmony. Throughout the house, developed over three levels – basement for the recreational area, ground floor for the living area and second floor for the sleeping area – the designers (who worked with the experts Buzzi & Buzzi) integrated the lighting fixtures with wood, textile coverings, plaster and glass, giving the rooms a rustic yet modern, warm and welcoming look.

When we talk about maximum integration between light and surface, the thought can only go to GENIUS NAKED, the fully recessed luminaire that can be installed on any surface between 5mm and 20mm thick. Inside the villa, the GENIUS NAKED recessed spotlight emerges from the grain of wood paneling thanks to its powerful light (8.5W and 700lm). The light-emitting hole of only 20mm in diameter makes the fixture invisible on the surface once turned off, emphasizing one of the unique elements of Buzzi & Buzzi’s production: miniaturization and total disappearance.

Minimalism and functionality characterize the kitchen area: the island counter, made of oak wood with dark green panels, is highlighted through lighting fixtures in aluminum and AirCoral®, the two material souls of Buzzi & Buzzi’s range. THE TUBE is a suspension lamp with an essential and discreet style capable of creating an emotional accent light, thanks to the 4.5W and 360lm LED source emitted by a hole only 15mm in diameter. The visual contrast between the wooden countertop and the remaining part of the island is made even more evident by the choice of alternating the spotlight of THE TUBE with the diffused and uniform light of SIDUS (LED 9W – 1125lm). This ceiling light with a monolithic design joins the play of volumes of the false ceiling with its body made of AirCoral®, the material patented by Buzzi & Buzzi which is capable of purifying the surrounding air through a technology that reduces bacteria and pollutants. Moreover, its surface is totally paintable, offering maximum freedom of expression and customization in any context.

In the living room, the extreme flexibility of the B55 track with Q4 48V spotlights from the Iron Collection by Buzzi & Buzzi allows for the best possible integration into the wood paneling; in addition, the spotlights’ wide range of optics allows for dramatic mood lighting of the room and the paintings, creating different lighting scenarios. Q4 48V spotlights stand out for their versatility, wide choice of finishes (matte black, matte white, chrome, brass, rose gold and champagne) and 9W power (with 850lm).

In the bedrooms, corridors, bathrooms, and in the entrance hall that leads to the scenographic curved staircase, the choice was made to have a diffuse and soft light, achieved thanks to BASIC SQUARE, the fully concealed recessed fixture specifically for installation in plasterboard or brick ceilings. The LED light source, set back 20mm from the ceiling wire, creates the conditions for lighting suitable for any application. Noteworthy is the illumination of the staircase by means of the BLADE fully retractable walkway markers, true modular blades of light made of AirCoral® that allow the best possible marking of paths inside the villa.

Design, aesthetics and high-tech performance are the common thread of Buzzi & Buzzi’s products. A range of lighting fixtures capable of responding precisely to the specific needs of any project, enhancing the perception of spaces with tailored architectural lighting, as is the case in the Darzo villa.

Buzzi & Buzzi has been the winning choice of established architects and lighting designers in residential or retail for over thirty years. At Buzzi & Buzzi, aesthetics and technical relevance are essential elements of an Italian company that is the bearer of a new concept of light.

This text was written by the press agency of Buzzi & Buzzi.