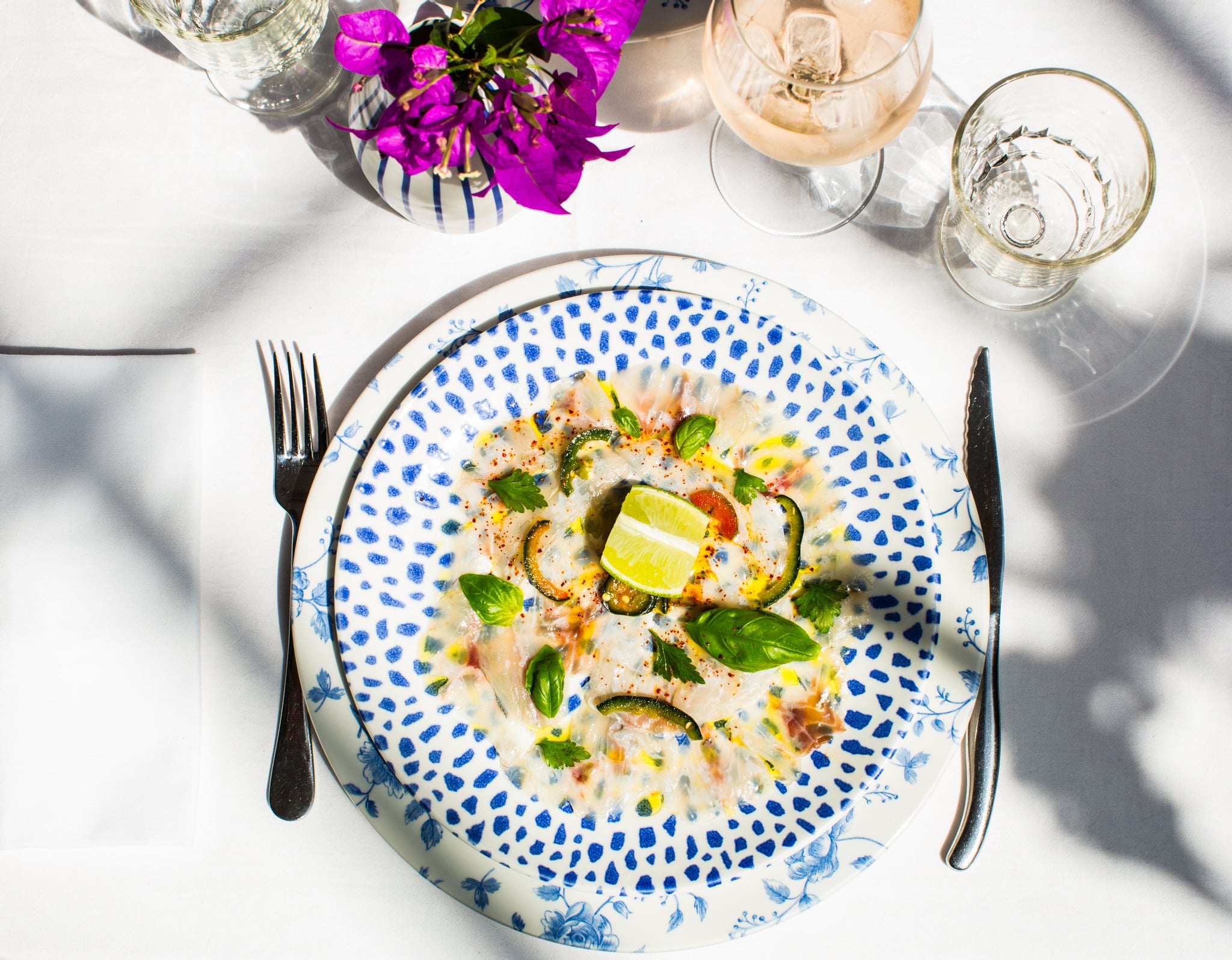 More young chefs are becoming entrepreneurs while focusing on local specialties and the environment with a nice dose of design excellence. Here’s one: chef Benjamin Mathieu renovates the restaurant La Grotte and contributes to the comeback of French cuisine.

The restaurant industry as we know it today is generally credited to 18th-century France. Following its genesis, the industry flourished in time and put France at the forefront of masterful cuisine. While we now equate Michelin-star chefs to culinary magicians who dare to push flavors and ingredients to create unique dishes, the concept has changed since the initial appearance of the “little red book” or the Micheline Guide in the 1900s.

We could say French cuisine reached a peak in its greatness as it suffered a rather disappointing hit years ago, seen through articles such as “The world turns its back to French cuisine” published by the Wall Street Journal in 2006 and “Can Anyone Save French Food?” by the New York Times in 2016; but young chefs are venturing into the entrepreneurship of restaurant projects with a mindset for local specialties, reviving past delicacies, and a notion for the environment combined with design excellence. It seems they’re making history, contributing to the major comeback of French cuisine.

And, of course, while the average restaurant might have been on a downward spiral, the world of top chefs and Michelin-star restaurants has maintained prestige. In fact, top chefs have been on a mission to ameliorate the quality offered by establishments in France for some time. TV shows have played an important role, such as Cauchemar en Cuisine—a French version of Ramsay’s Kitchen Nightmares—first launched in 2011, featuring chef Philippe Etchebest who’d come to the aid of restaurateurs in difficulty. Also, training centers by chef Thierry Marx are offered free of charge to the unemployed and those undergoing career conversion as a way to not only improve a social issue but a culinary one: By assisting those in need and teaching them quality skills, French cuisine ultimately prevails.

In addition to the efforts made by starred chefs, the perk of the young chef-owner trend currently booming is the shift, once again, toward quality and affordability where these chefs, trained by top professionals, open restaurants in which they serve meals as art pieces at humble costs for a more extensive clientele base still expecting greatness.

READ: Interested in learning about how the French were at the forefront of establishing the restaurant industry we know today? Read this article from FastCompany.

Despite the post-pandemic economy, chef-owners are on the rise. Now, it seems rather ubiquitous to find chef-owners at prime locations around the world, and the same goes for France. They’re operating beyond culinary trends, though, working architectural tendencies into their strategy: repurposing or renovating buildings. A prime example is the emblematic restaurant of Marseille, La Grotte, located in one of the most celebrated coves of the city’s limestone landscape, along the coast of the Mediterranean. La Grotte has been running as a restaurant since the 1900s after a local citizen of the small port of Callelongue transformed it. Previously, it served as an office building for an industrial factory in the 1800s. More recently, the reputation of the establishment had been one of growing displeasure—from the unkept interior and service gone sour.

In 2020, chef Benjamin Mathieu, at age 31, acquired and renovated La Grotte, along with his associates. Marseille-born, Mathieu obtained his certification from the hotel school in Bonneveine, on the same side of the city as Callelongue. Before returning to his native city, he’d spent ten years working in Paris with renowned chefs such as Alain Ducasse, known for being the chef with the most Michelin stars, who also runs his own school. The expertise Mathieu acquired thanks to his experiences can be seen and tasted in each dish he serves at La Grotte where the main points of renovation blend perfectly with the beloved and distinct aspects of the restaurant’s interior.

The main dining room reveals exquisite marble tiles, elegantly framed master paintings, chandeliers and antique-style furniture with detailed textiles and woodwork. At the back, the restaurant opens to a large ground-floor terrace with stairs that lead to a smaller, covered section with incredible views. The ocher-colored patio has an air of Italy like a Bougainvillea and vine painting. Having grown up in Marseille, chef Benjamin Mathieu knew the restaurant well and remained in awe of its charm. Yet, he recognized it needed a lot of love and care. When he and his associates acquired the restaurant, that was exactly what they planned to give it.

They maintained the spirit of the restaurant and retained the terrace in the front as a Florentine-style patio best served to welcome guests coming from nearby trails. Inside the restaurant, they’ve dedicated the room upstairs with 50 seats and a view of the small port to gatherings and group reservations. Whatever could remain the same, they left untouched or repaired. This includes the famous and artistic Molteni stoves, manufactured in France since the early 1900s and used in some of the most reputable starred cuisines of the country. They repaired the glass roof in the main dining room to bring in more natural lighting and redid the tapestries there. They also restored the pizza station, a wood-burning fireplace.

What’s new at La Grotte? While it’s true that the chef and his associates chose to retain much of what was already in the restaurant, they brought a few novelties “to the table”, so to speak. They focused on changes such as installing a quaint open kitchen the chef uses in the winter so his guests can witness his skills in action, a high-rise wooden table located in front of the bar area and a made-to-measure wine cellar with a lighting feature. The tables are set with products by the Dutch company Amefa, Belgian company Serax, British company Dudson and French company InSitu.

On the local side of the project, the Marseillais cabinetry studio Ittah made the high-rise wooden table; and Franck Design, located on rue de la République in Marseille, redid the tapestry in the main dining room. In fact, Franck Design was originally responsible for the textiles used for the dining room chairs. TastVin, a studio in la Ciotat, a nearby town, made the wine cellar, and the chef selected some of the tableware from local ceramics artisan Franca. And, in the kitchen, among many delicacies, the chef preserves the local specialty of Marseille by making the bouillabaisse the old-fashioned way: wood-fired.

FUN FACTS: Callelongue is considered to be the last port of Marseille and was the location for a short-lived success of the 60s when an engineer created the first underwater cable car in the world. The ride lasted 100 meters in length and 10 meters in depth, underwater; during its one-year run, the cable car had 30,000 visitors who enjoyed the 10-minute ride.