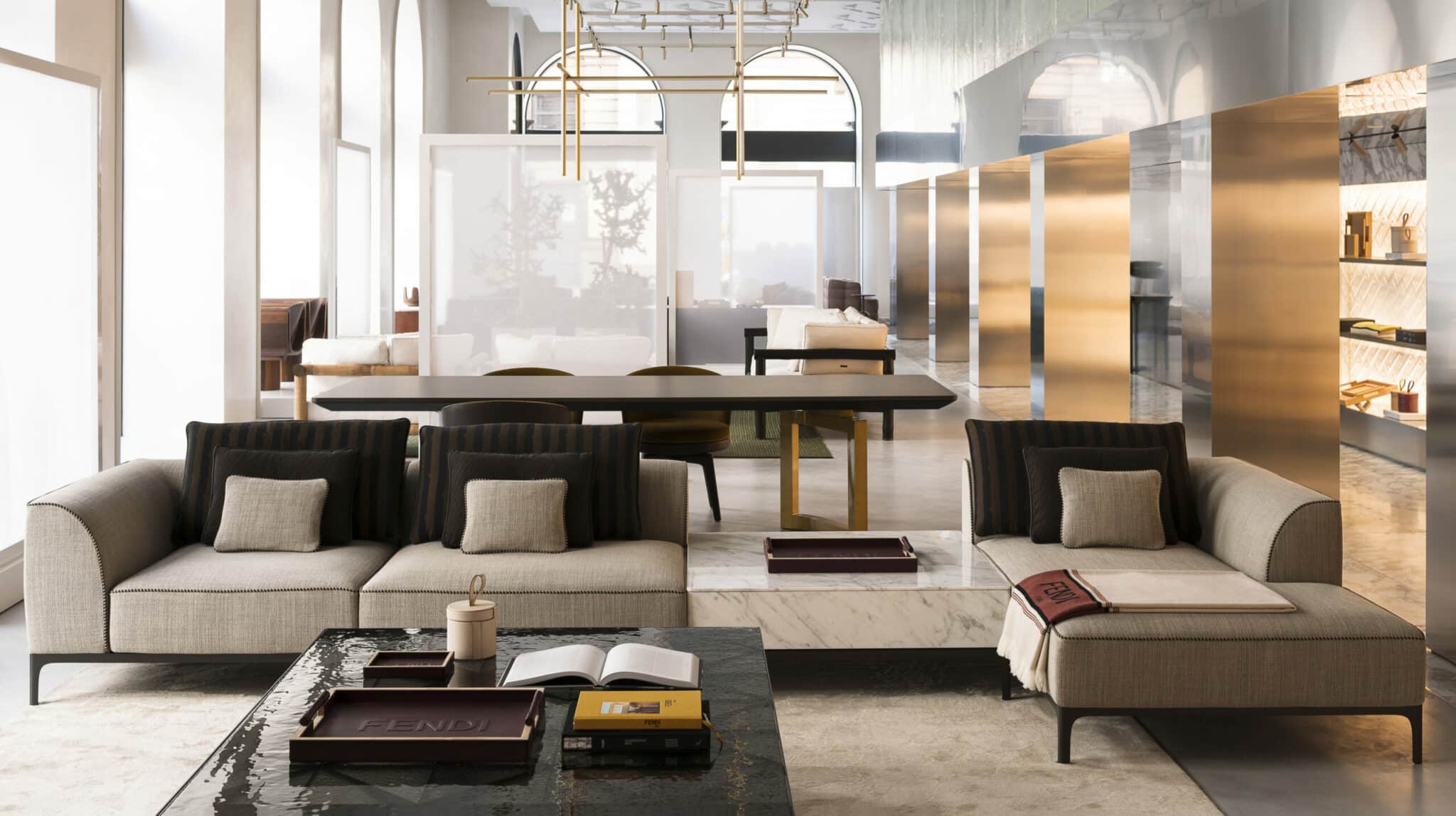 Five years after celebrating its 30-year anniversary, FENDI Casa opens its first flagship store in Milan with a series of international openings, including flagship stores in Miami and Shanghai, to follow. The information comes directly from the brand.

Known for its artisanal savoir-faire, luxury and contemporary design in the world of fashion born in a small boutique in the heart of Rome, Fendi launched into the domain of home furnishings in 1987 with FENDI Casa. As the first couture house to enter the homeware space, Fendi Casa celebrated its 30-year anniversary as part of Milan’s Salone del Mobile with estimated sales of over 70 million euros. Today, the recently inaugurated first flagship store is located in a landmark building located in Piazza della Scala in the heart of Milan near Brera and the fashion district.

The journey toward the first flagship store began in 2021 with the prestigious partnership signed between Design Holding, the world’s leading high-quality design group, and FENDI, a collaboration that formed Fashion Furniture Design (FF Design), a joint venture developing the FENDI Casa world. Among the guests attending the cocktail party organized to celebrate the opening, Alberto Da Passano, CEO of FF Design, Daniel Lalonde, CEO of Design Holding and Serge Brunschwig, CEO of FENDI, as well as the designers who contributed to the creation of the new collection.

Six ‘Gallery Pieces’, part of the KOMPA Collection unveiled last December at Design Miami/ 2021, adorn the entrance to the boutique and four of its windows: each piece, numbered and crafted in Botswana, explores time-honored artisan techniques. The Chichira cabinet, the efo and Loma stools and the Foro and Shiya chairs animate the store windows. The Madua chair, originally developed from the O’Lock logo designed by Delfina Delettrez Fendi for her first FENDI collection in Autumn /Winter 2021, is on display at the entrance.

A succession of living, reading and dining areas presents the other protagonists of the new collection, including the Five sofa and armchairs designed by the Marcel Wanders studio, the Arches table by Atelier Oï, the Parsifal sofa and armchairs by Thierry Lemaire, combined with the Vittoria sideboard by Cristina Celestino, the re-edition of the Ford dining table and the Sandia sofa and armchairs, also by Toan Nguyen, accompanied by the Astuccio Canes low tables by Chiara Andreatti. In a stimulating game of cross-references between in and out, an outdoor area is also presented, enriched by the Sagano Collection by Piero Lissoni.

The following space, dedicated to the sleeping area, plays with different levels set apart by a marble floor, with the Landscape bed by studio Marcel Wanders, elegantly complemented by the Vanitoso dressing table by Atelier Oï. The setting is completed by an intimate reading corner, dominated by Dimorestudio’s Roma daybed.

A wide selection of accessories and complementary items embellish each room, such as the new line of rugs from Yellow Sign, featuring the Maison’s iconic yellow accent, to Tiles, with the FENDI Pequin logo-non-logo striped pattern, to the elegant Karligraphy logo, designed by Karl Lagerfeld himself and offered in two versions: an all-over macro-pattern or explosive in Big Karl.

The opening of the first FENDI Casa boutique will be followed by a series of international openings, including the Flagship Stores in Miami and Shanghai, and represents the new path of the FENDI Casa world that began in 2021.