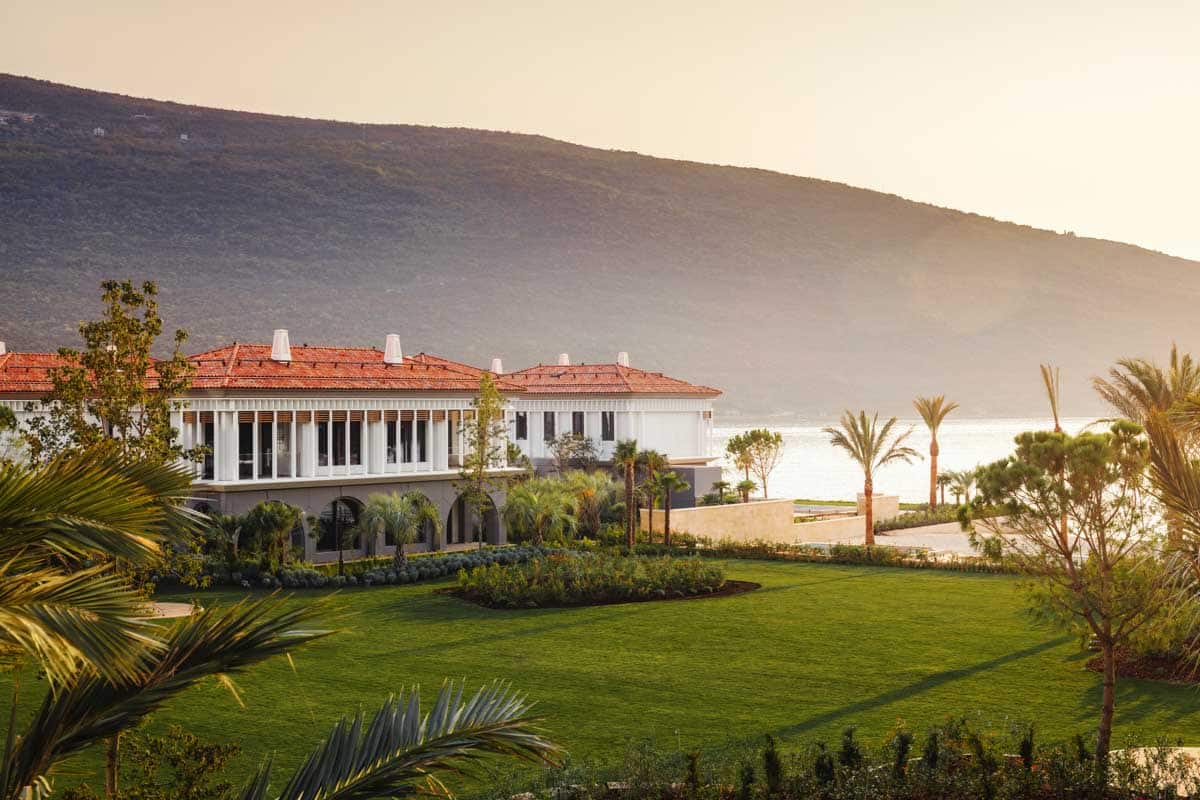 Despite a difficult year and a half, the hotel industry plunges ahead with a number of incredible new hotels that have opened this year.

The pandemic brought the hotel industry to a halt rather abruptly last year, but there’s much-needed hope now as countries begin opening to travel. A number of hotels are opening around the world, and we’ve made a selection of new hotels to inspire you.

The Londoner by Yabu Pushelberg – What a Performance!

In September, a theatrical hotel opened in the heart of Leicester Square. Designed by celebrated Yabu Pushelberg, as an ode to the art of performance, The Londoner is an exciting new kind of hotel for the city of London. Its rooms personify the archetypes of a theater production’s cast and crew.

The hotel lobby and reception, for example, act as the cinematographer whose role is to craft the overarching look and feel of the play or film. It is here where the hotel welcomes guests and sets the mood for their awaiting adventure.

The reception sits to the side of the ground floor lobby as an unobtrusive space for guests to check-in remotely by mobile before passing through the lobby lounge and bar, where they are greeted by the valet and shown to their guest rooms.

Along the back wall of the check-in area, guests can peruse the various nooks in which objects reveal the many stories to discover. Designed to be a mirrored check-in island, a custom floating metallic moonhead created by artist Andrew Rae acts as the production’s grand Ticketmaster.

While the hotel lobby has the persona of the director, the gatekeeper to the guest experience who guides cast and crew in fulfilling the overall vision for the film’s dramatic and artistic elements; the lobby’s seating vignettes and gathering areas are treated as a living theater designed to astonish and seduce.

In addition to the many other members of the production team, the “performer” can be found in the hotel’s extensive programming as 8 at The Londoner, a captivating space dedicated to a restaurant, bar and terrace. In the center, a suspended sculptural rope installation hangs above a fireplace, while the ceiling and partitioning is a network of intricate roping reminiscent of the ancient and intimate Japanese art of shibari. With the allusion to bondage, restraint and an anticipated unraveling, 8 at The Londoner is a representation of the production’s characters’ voices, appearances, bodies and gestures.

Inaugurated in early May 2021, the One & Only opened its Portonovi, Montenegro location in pursuit of attracting luxury travelers to this little-known European destination. Belgian architect Jean Michel Gathy, who founded Denniston in 1983, was the original architect, interior designer and landscape designer for this project.

Fascinated by history and culture, the architect based the plan for the hotel on the Ottoman history of  the region and its place on the old trading routes to Venice via the Adriatic Sea.

“We started from nothing, from a flat ground, covered with crushed bricks, but facing a magnificent strait.  We researched the historical and cultural characteristics of the destination. Montenegro, which was on the  Silk Road, on the last step between Istanbul and Venice, was greatly influenced by the Ottoman presence,” summarizes Jean-Michel Gathy, the legendary principal designer at  the award-winning hospitality & design consultancy firm Denniston.

“The different buildings are articulated among themselves, forming an animated whole, with columns,  galleries, cornices surmounted by corbels. The garden is reminiscent of Venetian classicism from afar, but  it is much more fanciful than it looks.”

Although a second architectural practice monitored architectural process, the hotel design remains largely unchanged from its original concept by Jean-Michel Gathy. His expertise drove the architecture of the hotel which houses 113 guest rooms and suites and 10 luxury One & Only private homes. He’s considered a pioneer of transforming tents into luxury accommodation in Amanwana, Indonesia, and an important leader in superheading luxury tourism in Oman with the Chedi Muscat (voted the best hotel in the world three times).

The design of One & Only Portonovi, Montenegro is a ‘mixture of Venetian,  Turkish and Slav proportions, according to the architect— the Palladio (volume and symmetry) feel of Venice, the Turkish respect for arches and the centrality of the hammam, and typically Montenegrin construction methods and stone materials. The color scheme includes oranges, reds and golds that encounter blues.