Home » How Volcanic Eruptions Contribute to the Design World with ExCinere

How Volcanic Eruptions Contribute to the Design World with ExCinere 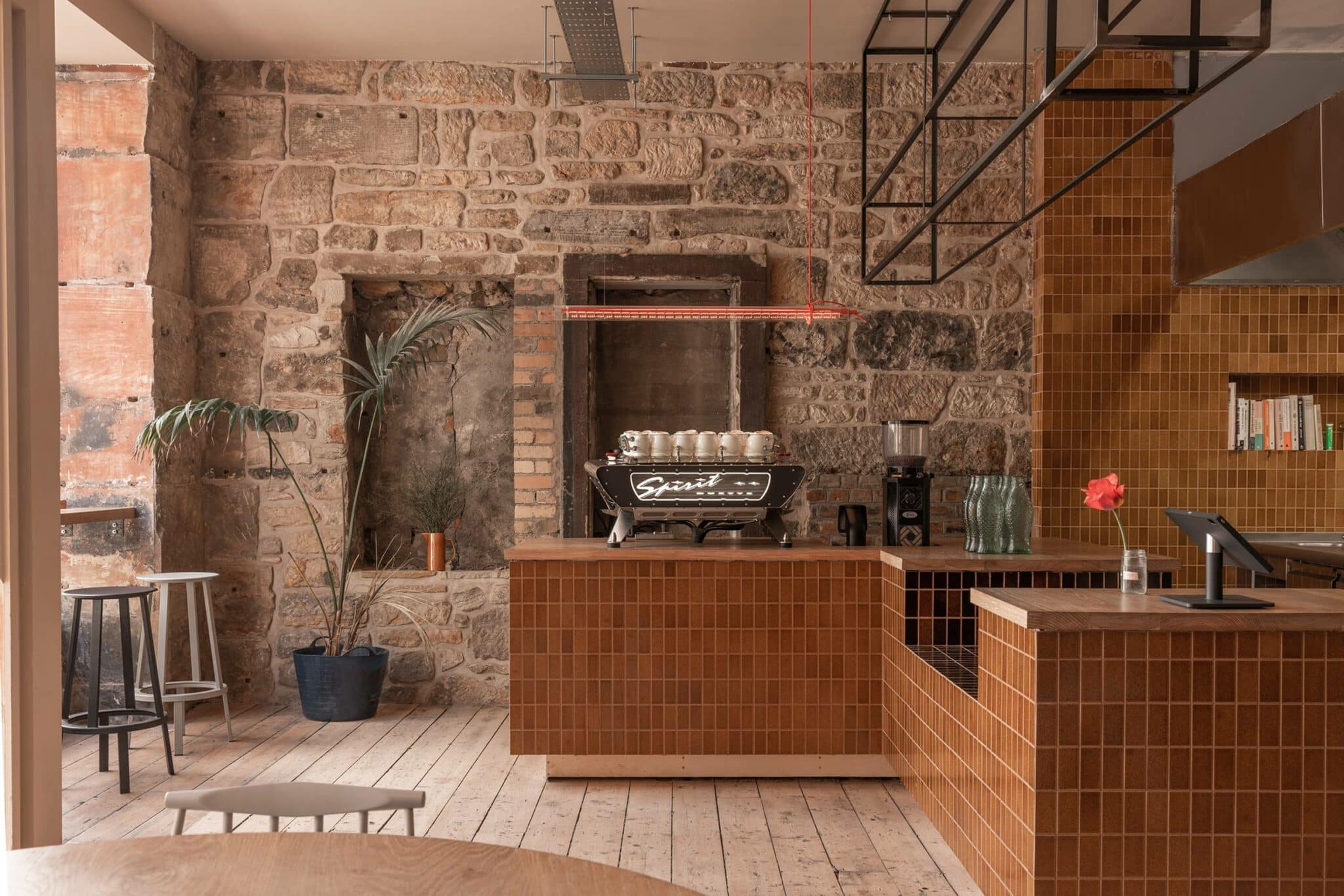 ExCinere is a collection of volcanic-ash-glazed tiles developed in collaboration between Italian design studio Formafantasma and Dzek. Newly added to the collection is the Verdigris range of glazes.

Volcanic ash should be as ubiquitous a material as concrete, especially considering its longstanding history established during the time of the Greeks and Romans. The Bronze Age gardens of Pantelleria exhibit agricultural structures built from volcanic rocks, and Roman concrete includes volcanic ash as a key element for durability. Across the globe, the application of the igneous rock formed from molten lava—basalt—has been used to build structural walls with the purpose of absorbing bright sunlight, to create glistening columns and sculpture, and the mineral-rich ash incorporated in Roman concrete was also used in architectural masterpieces like the Pantheon.

Concrete used today generally has a lifespan of a few decades compared to the unquestionable longevity of Roman concrete, the essential material in binding extensive fortifying structures such as piers, breakwaters and harbors—Roman concrete is the mixture of volcanic ash, lime (calcium carbonate), seawater and lumps of volcanic rock. Tourists flock to Rome to admire its architectural brilliance; the fact these monumental architectural structures are still standing to be admired is largely due to the construction materials used to form them.

Rich in magnesium and iron while low in silica, basalt and volcanic ash have been traditionally used in architecture, design and agriculture by those living in the vicinity of volcanoes around the world. Yet, serious scientific study of volcanoes and volcanic phenomena was scarce until the early 18th century. In our current times, Formafantasma, a noteworthy research-based design studio launched in 2009, has focused extensively on the volcanic matter starting the year after its founding, leading the founders to ascertain the rock is easily accessible, self-generating and tough.

Formafantasma co-founder Andrea Trimarchi grew up in the Sicilian region, where Mount Etna is located and where he has always seen an abundance of volcanic ash. In fact, Mount Etna sits at the forefront of the evolution of vernacular use of lava stone in architecture, in regard to Sicily, when it erupted in 1669, causing massive destruction. As inhabitants of the area reconstructed the buildings, they used the same volcanic material that caused havoc to rebuild. As the resource was omnipresent in the area, Andrea Trimarchi aimed to understand it better on a cultural, historical and technical level.

After much research into the material, Formafantasma exhibited their De Natura Fossilium project in 2014 which led them to a collaboration with Dzek, a brand entirely focused on creating original architectural products guided by nature, known for its Marmoreal tiles and slabs designed by Max Lamb. The collaboration between Formafantasma and Dzek resulted in a volcanic-ash-glazed tile collection called ExCinere, first launched in Milan in 2019 with four glazes and two sizes. The name Ex-Cinere was chosen for the Latin meaning behind the words ex cinere, ‘from ash’. It features beautifully how the abundance of such a material can contribute to the design world.

“When we started talking about the project and expanding their work [at Formafantasma] into something more architectural, Andreas’ father went to the back garden to scrape off some [volcanic rock], then sent me a bag of volcanic ash from there—along with a box of oranges and lemons,” Brent Dzekciorius, director and founder of Dzek, said in a phone interview with ArchiExpo e-Magazine.

At the origins of the collaboration, Dzek and Formafantasma hoped to develop volcanic glass bricks and blocks. They spent nearly four years together, experimenting and failing, as Brent Dzekciorius explained, in their pursuit of a volcanic ash-based architectural product. The high mineral content makes the material difficult and unreliable to manipulate, rendering its use in object designs rare, complicating the original goal of the collaborators. It works best when combined with other materials, according to Dzekciorius. In the end, the volcanic-ash glaze is an eye-catching replacement for other glazes requiring less-abundant natural resources.

The seemingly never-ending amount of volcanic ash surrounding Mount Etna stems from the volcano’s constant state of activity, as it’s considered one of the world’s most active volcanoes. It’s possible that these volcanic-ash-glazed tiles might help accelerate the use of volcanic ash around the globe, a positive point in terms of awareness.

Dzek was not only fully involved in the research and development of the glaze, but the studio produces the tiles as well. The tiles have since been used in a number of projects such as Outlier Bakery Café in Glasgow and Juliets Café located in Studio Voltaire in London. The volcanic-ash-glazed tiles have been selected for projects in other international cities including Berlin, Hong Kong, Tokyo, Los Angeles, Milan and Lisbon. Since their appearance on the design scene, the tiles have won numerous awards. Now, the collection comes in two ranges: the classic Terra range with four earth tones and the Verdigris range in four earth greens.