It’s a Blockbuster: The New Beta Cinema in Ho-Chi-Minh City 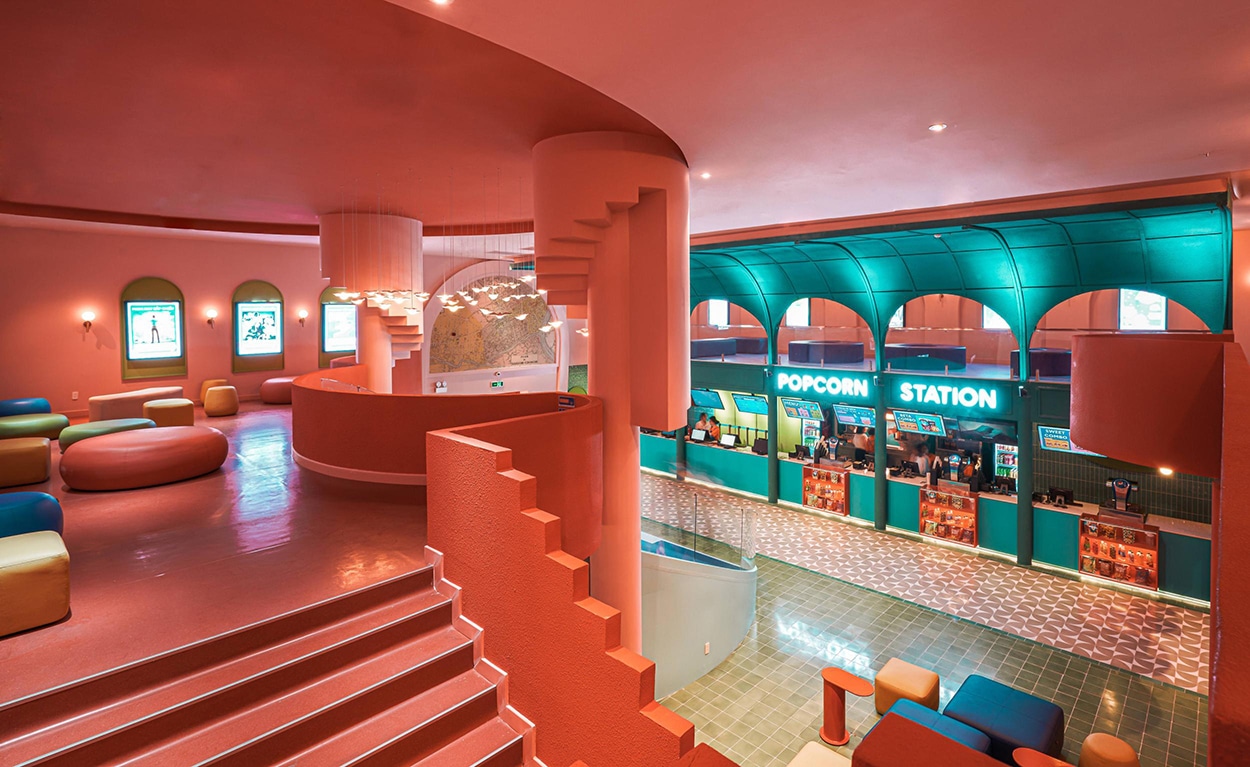 Designed to celebrate the landmarks of old Saigon with millennials in mind, the project features bold colors with “instagrammable” corners.

Few sectors of the economy, or of life in general, have been as heavily impacted by restrictive anti-pandemic measures as the performing arts and entertainment industry. So the building of a new cinema is not only noteworthy in itself but all the more auspicious by its fresh, radical design.

Featuring bold colors, distinct geometric shapes and numerous allusions to famous buildings of old Saigon, the 2,000m2 new cinema is Beta Cinema’s first enterprise in Ho-Chi-Minh City. Located on the ground floor of a shopping mall, it can seat up to 1,000 people. Beta Cinema’s intention was to reflect pride in Saigon’s landmarks such as the Municipal Opera House, Ben Thanh Market, Central Post Office, Tan Dinh Church, Paris Commune Square and the city’s small alleys – but in a different style from the entirely traditional Indochina one would commonly associate with Vietnam.

“The design brief came from Beta. They had created a new logo within a new branding strategy, and we saw a geometric and colorful character in it. And in the end we focused on three key concepts: the new Beta branding, the old Saigon and graphic effects” says Jade Nguyen, director of Module K.

Based in Ho Chi Minh City, the main goal of the architecture company is to merge the old with the new, east with west or, in their own words, “harmonizing proportions through the integration of contemporary and local culture, meeting the need for authentic Vietnamese design with current needs”. In the case of this particular cinema, the strategy was to condense details, simplify basic lines and create geometric shapes that allude to the icons of Saigon – like the central hall’s green dome inspired by the colonial Central Post Office and the asymmetrical arch pillars suggesting the rose Gothic style of the Tan Dinh Church. The unifying element was the use of solid color as found in cartoons and graphic design.

“The new branding shows their choice of color: blue, in this case. So we chose a secondary color opposite to blue: coral orange, a hot pattern” explains Nguyen. The color chosen for the actual seats of the cinema is a deep turquoise tone.

An interesting feature of the new venue is the meeting area in the mezzanine with its circular and square-shaped ottomans. The blue staircase is another setting that will surely be the background for many Instagram posts and stories.

“The shopping mall already existed and had been finished two months prior to our works. So the 35 days were really just to fit out the interior” explains Nguyen.

With already 20 other cinemas in the North of Vietnam, the Beta group is now planning its second project with Module K: a new cinema situated on the tourist island of Phú Quốc.

“The theme this time is going to be ‘Blue Ocean Story’ and the venue will target tourists as well as new audiences,” says Ngyuen.