Baroque palaces, brutalist office blocks, artist studios and contemporary residences of all kinds were among 106 buildings that welcomed curious visitors to the fifth edition of the Open House architecture festival in Buenos Aires. Over the weekend of October 28-29, the eclectic event counted a record attendance of more than 33,000 people.

In the historic San Telmo neighborhood, visual artist Rosa Skific placed a rectangular metal box on the empty roof of her small home when she ran out of space to create. The design by FPS Arquitectos takes after a conventional shipping container painted bright red. A large sliding window on one of the shorter sides illuminates and ventilates the workshop, which also has running water.

In a city where living costs have spiraled in recent years, finding an extra 26m2 without paying extra rent was a lifeline for Skific. A few subway stations away, in bohemian Villa Crespo, two architects similarly remodeled their home/office to get the most out of every square meter at the PH Lavalleja, completed by the CCPM studio this year. 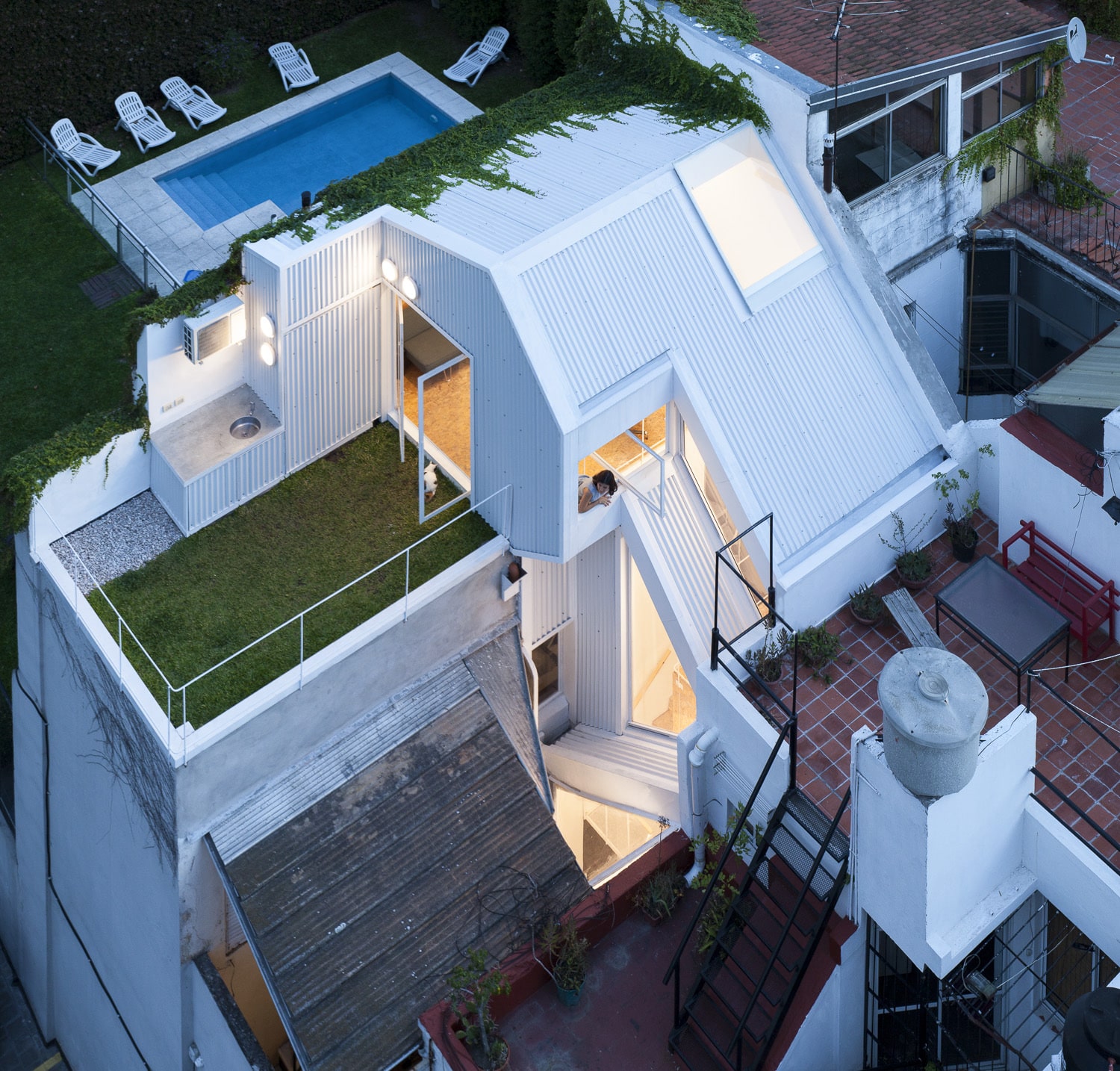 PH Lavalleja, completed by the CCPM studio this year. Courtesy of the architects.

The narrow structure, which follows a typical Buenos Aires model, feels a bit like a child’s drawing of a house: rooms stacked above each other on four floors, connected by a spiral staircase. Storage drawers are squeezed below many of the steps. The architects fitted extra windows in the slanted iron roof and whitewashed all the inner walls, allowing more light to flow through the home, as well as building a small terrace on a neighboring roof—with real grass and space for a barbecue.

“Everything used to feel much smaller, darker, so we wanted to do the most with what we had,” said Pedro Magnasco of CCPM. His partner, Constanza Chiozza, told ArchiExpo e-Magazine that their biggest challenge was meticulously negotiating every element of their design with five different neighbors.

“This project represents a way of elegantly tackling the complications of our city.”

Other highlights of Open House included the Mercedes y Asuncion studio, built to house MMCV Arquitectos. Its concrete and glass structure is shaped to maximize the sense of openness between different areas of the practice, allowing light to flow freely—including from a glass display area which protrudes from the second floor.

The Casa Scout, designed by BAAG, is built around a similar concrete shell with wooden interiors and cleverly adaptable spaces for community activities. Its façade features a metal grill which allows ample light to enter, while enabling children to play without the risk of falling—as well as letting vines grow on top, brightening up the dense Palermo neighborhood with a dash of green.