Home » PlusMinus Collection, a Lighting Toolkit with a Click&Connect System for Multiple Configurations

PlusMinus Collection, a Lighting Toolkit with a Click&Connect System for Multiple Configurations 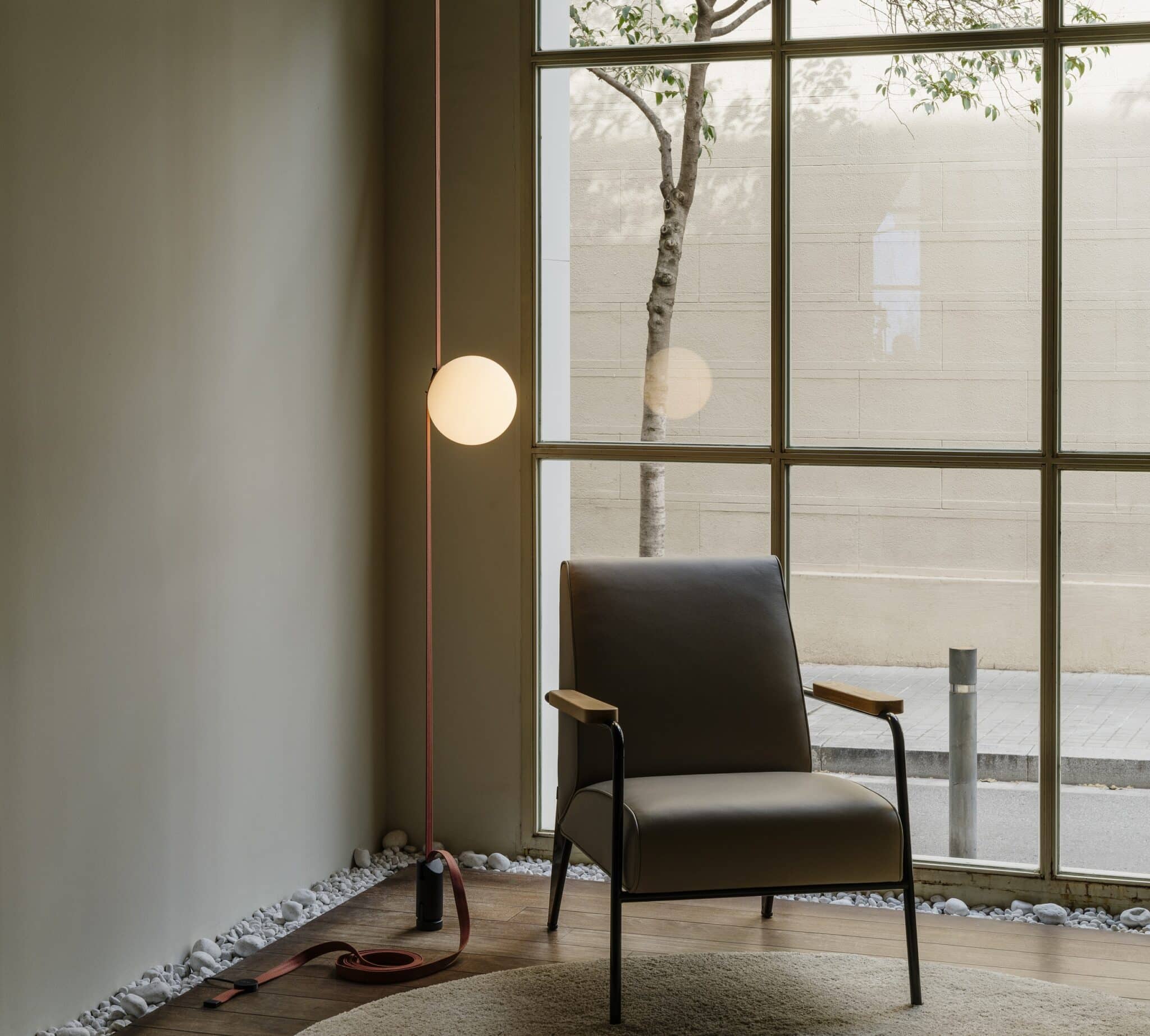 We attended the exclusive presentation of PlusMinus, a new lighting collection designed by Stefan Diez for Vibia, at the Vibia showroom in Barcelona. The collection will be available on the market as of November 15, 2021.

Thursday, October 21—For the first time since the pandemic hit, Vibia celebrated the reopening of its showroom with a presentation of its new lighting collection PlusMinus designed by Stefan Diez. First opened in October 2019, the showroom displayed the collection in its multiple configurations and various lighting sources. The collection stands out for its use of a textile strap, specially designed to provide support and electrical conductivity, on which the luminaires can be fixed to any part with a click-and-connect system.

The name combines the words plus and minus because light sources can be added or removed from the strap depending on what is required for the room or space. It is meant to be considered a lighting toolkit that comes in pre-established configurations with the possibility of customization. The belt can be stretched tightly between walls, ceiling or floor; or it can hang loosely, allowing the luminaries to appear like acrobats.

Originally, Vibia CEO Pere Llonch invented the concept, then he handed it to Diez Studio for completion. Llonch chose the name PlusMinus before the lamp was even created, as a reference to electricity, to the two positive and negative poles, as well as to the possibility of adding value through a reduction of materials and construction parts.

Stefan and Pere have an 8-year history together, having collaborated on a lighting collection once before. This collaboration began with a short and informal email that Pere sent to Stefan in 2018 following the fair in Milan. The email acted as a brief in the form of a challenge, in which Pere questioned Stefan on what he thought of the concept of positive and negative for a lighting solution. Pere had no idea what would happen next, he admitted during the presentation.

“I had no idea of the consequences of that email. It was just a concept with nothing else in mind, but we’re realizing the potential [of the concept and the collection] day by day. It’s been the most expensive email I ever sent,” said Pere Llonch, laughing.

The duo stated they had definite plans to continue to explore the idea of the ribbon.

As Stefan enjoys playing the magician, hiding things or making them disappear, he knew he wanted the electricity conductors hidden. He didn’t begin with the ribbon, though.

“You don’t know where a journey is going to take you. You take your first steps, then details make you stumble and this gives you thoughts you wouldn’t have had before,” Stefan said in an exclusive interview with ArchiExpo e-Magazine. “Design is a process of doing things.”

He and his colleague Arthur worked with different types of materials and, the night before their first presentation for Pere, they weren’t impressed or convinced. Looking around the studio, Stefan spotted a type of ribbon lying around.

“I thought, why not electrify a ribbon?” Stefan said, referring to the concept of illuminating a ribbon.

The other options they had spread out on their tabletops were too complicated, they decided. They needed to simplify it, and the ribbon seemed to be the best choice. Pere agreed. Yet, Stefan had no idea how to get the electricity inside the ribbon.

“It needs to not shock people,” Stefan said, chuckling. “The first 100 meters of cable was completed six months later by the factory in Berlin.”

The innovation lies in the belt. Electricity is conducted through a fabric belt on which a large number of lamps, up to 20, can be hooked. It seemed an impossible feat to find a company that could produce the belt due to how complicated it is, requiring high precision. The copper wires within the textile cannot move or the lamp won’t work.

When they discovered The Textile Prototyping Lab in Berlin, founded by scholar and designer Essi Johanna Glomb, they were able to bring the concept to life thanks to textile designer Karina Wirth. She managed to keep the copper wires in place inside the belt and maintain the look and feel of the fabric by using different weaving techniques.

The copper measures 3 + 3 mm for the two poles, positive and negative, then 6 mm squares of metal for each section of the belt. The lamp has a small mechanism that, when operated, brings out 6 pins that enter the fabric, thus creating electrical contact and at the same time holding the light source in position.

In 2019, Vibia presented the prototypes of the PlusMinus lamp at Euroluce. It took less than a year to produce the prototypes. Stefano Diez worked closely with the team at Vibia and The Textile Prototyping Lab, a studio specializing in the development of innovative fabrics that is part of the Fab Lab in Berlin, in order to conceive and engineer the lamps. At the event, the prototypes were patent-pending with the promise of production and today, we see the results.

Other designers exhibited lighting sources around the concept of a belt during the Milan event (the sole Flos portfolio included Belt by Ronan & Erwan Bouroullec and Wireline by Formafantasma) which initiated talk of there being a trend.

“There is definitely a trend around it but it isn’t about the belt itself. LED technology allows so many freedoms. Their features are so outstanding that companies are trying to explore the potential in it,” Stefan told ArchiExpo e-Magazine.

Now, a Barcelona factory is producing the belt in several colors. The belt is included in the toolkit, along with the light sources selected by the custom. Multiple light sources can be fixed onto the belt, as many or as few as desired depending on the day.

“You can illuminate the whole office within an hour and take it with you when you leave,” Stefan said.