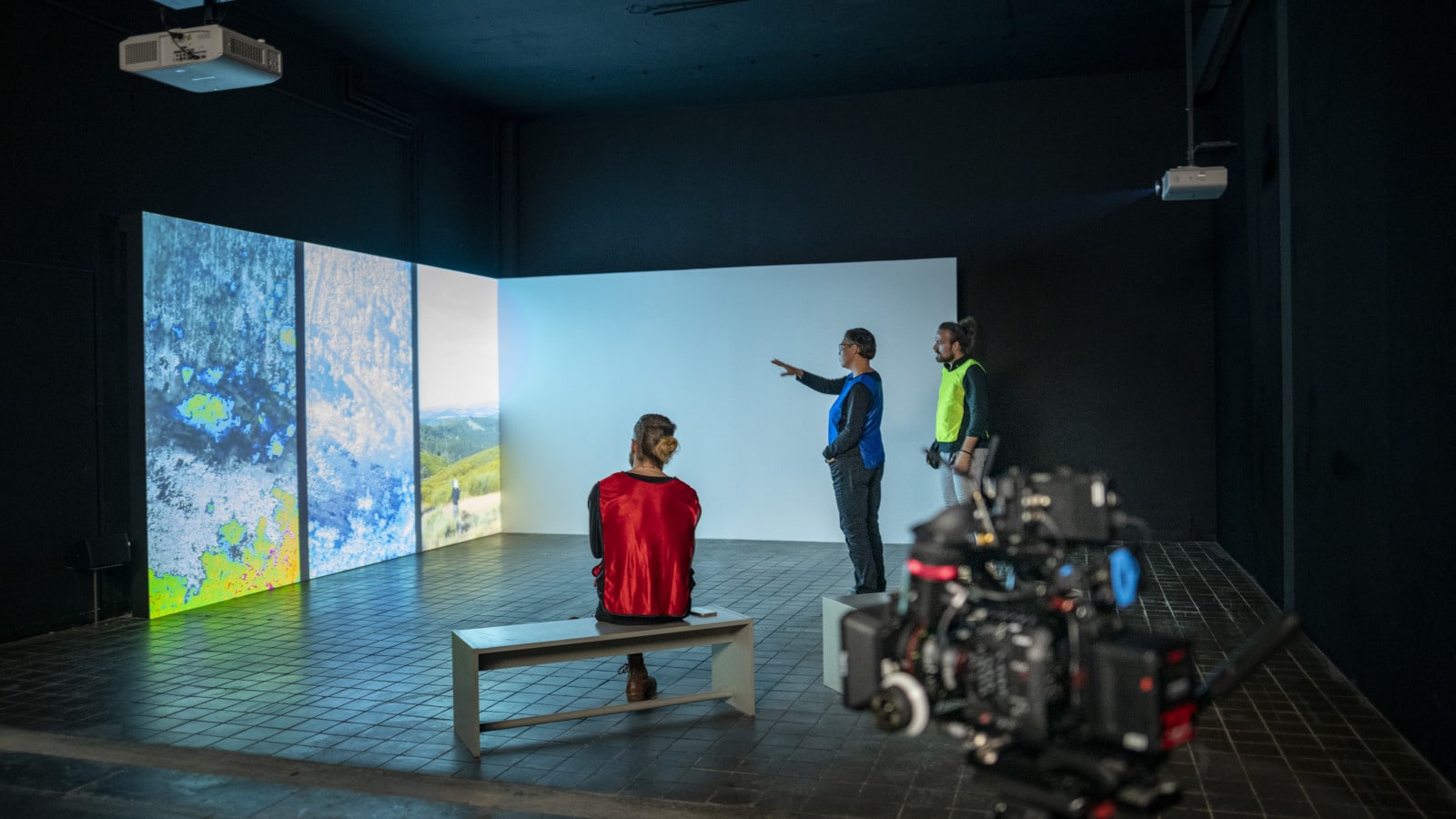 In light of global warming, increased spatial inequality is often a side effect of possible environmental remedies, especially when society relies heavily on market solutions. At a 2022 Reykjavik DesignTalks event on May 4th, architectural researcher and artist Stefán Laxness and designer Valdís Steinarsdóttir discussed how society can address territorial inequity in a climate crisis.

Stefán Laxness is an architectural researcher and artist, formerly at the Turner Prize-nominated research agency Forensic Architecture (FA), based at Goldsmiths, investigating human rights violations. His current work focuses on the political and cultural dimension of environmental restoration as a territorial project in Europe. Stefan was a 2020 European Media Art Platform (EMAP) resident and has been exhibited internationally. He teaches an architecture studio (AA Diploma 9) at the Architectural Association in London, where he co-founded Pantopia.xyz, an online educational platform for spatial thinkers. His teaching explores the consequences and opportunities brought about by the climate crisis regarding how we inhabit and engage with our built environment. Previously, a project leader at FA, he led numerous projects, including the Ayotzinapa Case, developed methodologies for analyzing airstrikes in the Middle East and modeling sites of human rights abuse from witness testimony.

Following the DesignTalks event, ArchiExpo e-Magazine spoke with Stefán Laxness about the challenges posed by market-based solutions, and how the coining of catchphrases such as “rewilding” and “carbon offsetting” can both help and hurt equity and the environment.

Laxness: Global warming is the outcome of processes of extraction and dispossession that started as early as colonialism. Extraction means extracting either natural resources or people’s time and labor. These processes have inevitably resulted in spatial inequality. As we continue to address the climate crisis only with the tools that we’re familiar with, through market-based solutions that are informed by the general language of capitalism, we end up intensifying the problem. Tools are co-opted and greenwashing becomes an issue.

ArchiExpo e-Magazine: What are good methods for fighting global warming?

Laxness: Practices that go towards environmental restoration are good practices. Anything from clearing invasive tree species and planting indigenous or native ones, to restoring certain ecosystems like peatlands or peat bogs that have historically been drained. But it can also be enhancing a habitat specifically so that a particular type of animal can re-inhabit a certain space. But I think restoration also has to do with any sort of action that improves the life of human beings in a material way, whether that’s access to a non-degraded environment, access to fresh water and access to clean air.

ArchiExpo e-Magazine: What climate tools are being misused?

Laxness: Practices that are being justified as tools to fight the climate crisis but are not restoration practices can be detrimental. Primarily, carbon offsetting, allows the problem to continue. Carbon offsetting does not challenge the systemic issues of extraction and consumption. It’s a justification that allows for more pollution and more extraction to happen. We end up normalizing “offsetting”. Offsetting should be reserved for the most polluting things that we cannot avoid. But we shouldn’t accept offsetting because it implies that we also continue to pollute at the rate that we do now.

Also, afforestation is not the same thing as regenerating damaged land. Afforestation can be as monocultural as a field of wheat. These tools and policies become an issue because there is little critical oversight in terms of the consequences. Misuse of tools can also have to do with who owns the land, particularly in the UK where land ownership is highly concentrated among few, so the people who make decisions about how land is maintained and should be transformed are also informed by their own biases. Most vocal advocates for rewilding base their argument on a precedent that what works is entirely anchored in large-scale private ownership, which means that the project of rewilding, the territorial project of changing rural Europe, is not necessarily one where we can expect to be represented. The process is not participatory.

ArchiExpo e-Magazine: What are ways to better distribute the decision-making?

Laxness: Initiatives that try to create a mutualism between the ecological processes and the social processes, and ones that include a wide variety of stakeholders, from local communities to tourists to volunteers to researchers to artists. I recently came across an example in Wales called Welcome To Our Woods and Langholm Moor in Scotland. There’s also a network of communities in Northwestern, Spain, Galicia and Asturias, that are doing a lot of great work because historically they are common land communities, communities based around the use of the commons rather than private property. The more you look, the more you realize there are a lot of people doing some very interesting projects, often against practical odds.

There’s a whole mosaic of small-scale initiatives that are out there in Europe, usually small communities and municipalities that are doing restoration projects on a very tight budget so they have to resort to some fairly creative solutions. These solutions don’t only deal with transforming or restoring their environment, but also, how they get people involved in that process in a way that is meaningful and improves their lives too.

READ: “Scottish villagers plan to buy out landowners for eco moorland project” 2020 article in The Guardian

ArchiExpo e-Magazine: How do these initiatives improve the lives of the community involved?

Laxness: A participatory project of environmental restoration can also be a project of a dynamic cultural and social life, which is often something that’s missing in rural areas where depopulation results in communities being weakened. Private land doesn’t have to suddenly become public but there can be initiatives that allow private landowners to engage in opening up their process to others, not just in terms of how they work with the land but also in the capacity to simply roam through someone else’s estate as a hiker, physically having access to certain environments. It’s not so much about redistributing land ownership, but more about identifying sites in which there are opportunities to experiment with new forms of environmental governance.

ArchiExpo e-Magazine: In addition to being a researcher, you are also an artist. What can art bring to these processes?

Laxness: Artistic practice and art, in general, is first a lens through which to see the world and to investigate it, and other perspectives of the people you collaborate with feed into that. There’s then a capacity to take these observations and present them back to an audience in a way that is meaningful and insightful. Art could also shift the logic of an operation so that it isn’t constantly one that is set through this lens of markets, of capitalism, and whether something’s financially viable.